The first thing I did Friday morning (after a cup of coffee and 20 minutes of watching Morning Joe) was put a new toilet seat on our toilet! It came with no directions but I was able to figure it out! Towards the end, I did have to consult Wikihow for one question. 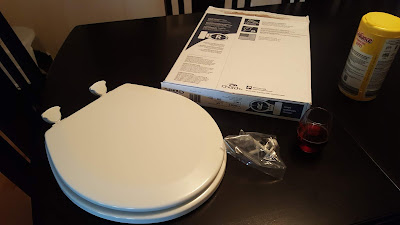 Then I painted the decorative railing in our breakfast nook. I think this railing is one of the unique charms of our house, but some of the black paint on it chipped over the years. It didn't take me long to touch it up and now it looks super fresh. 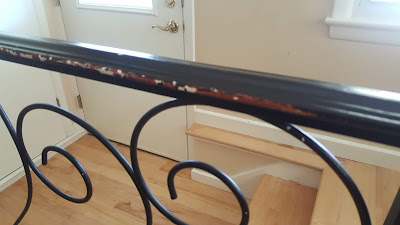 I had quite the to do list for the day. I'm trying very hard to start the summer off productive because I know I'm going to get lazy really fast. I also want to make the most of my time and not let it go to waste. Having ten weeks off is a huge luxury and I want to respect that luxury by making good use of my time! 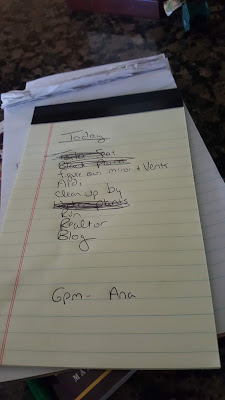 After checking some stuff off my to do list, I decided to go for a run. I wanted to explore the same route I did the day before. Paul and I discovered a park in Boiling Springs called Spring Meadows Park. It has a disc golf course and lots of walking trails. The walking trails even go through fields and connect Spring Meadows to another park as well as the town of Boiling Springs. I wanted to explore more, so I made the 20 minute drive.

I ended up doing 7 miles in the scorching sun and it was glorious! 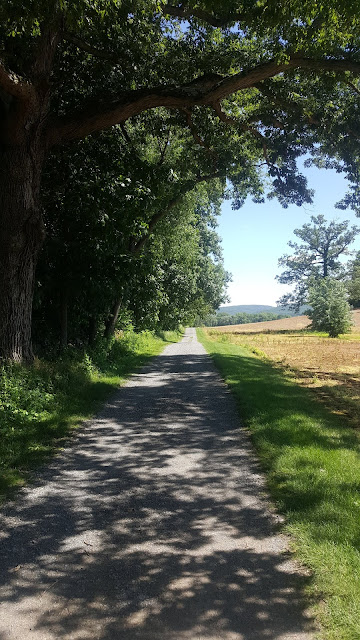 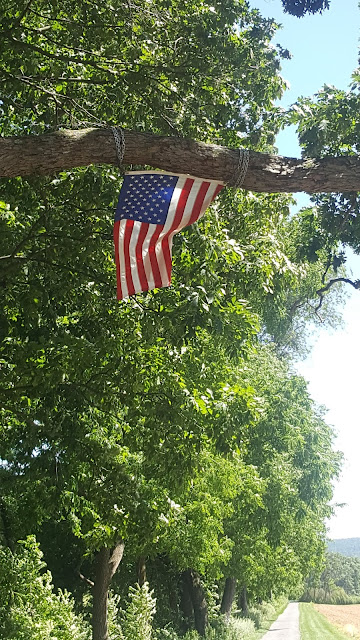 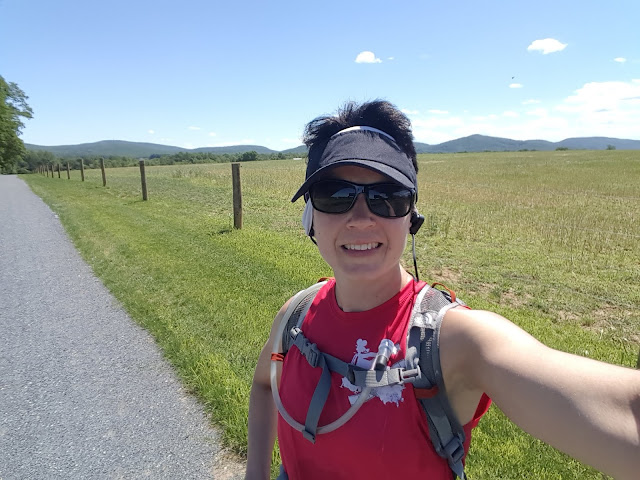 Then I went to Lowe's for some paint and hanging baskets. I have been wanting hanging baskets out back for awhile but they were just so expensive. These were only $12 which means I'm sure they'll die in a week... 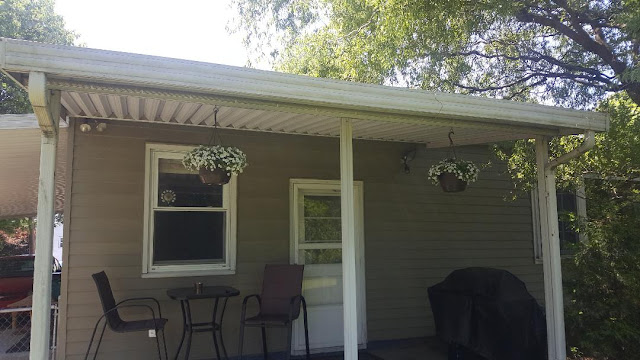 I also did some grocery shopping. Aldi was PACKED. But I remembered my usable bags so I felt like THE SHIT. 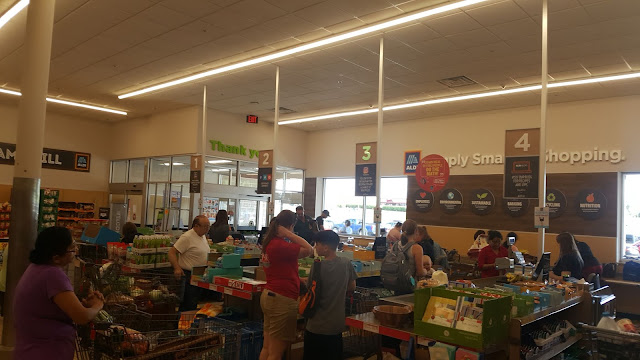 That evening, Ana came over for drinks and grub on the back porch! A couple years ago, we randomly met via our blogs and discovered we only live about 10 minutes away from each other. I'm glad we met and are friends! 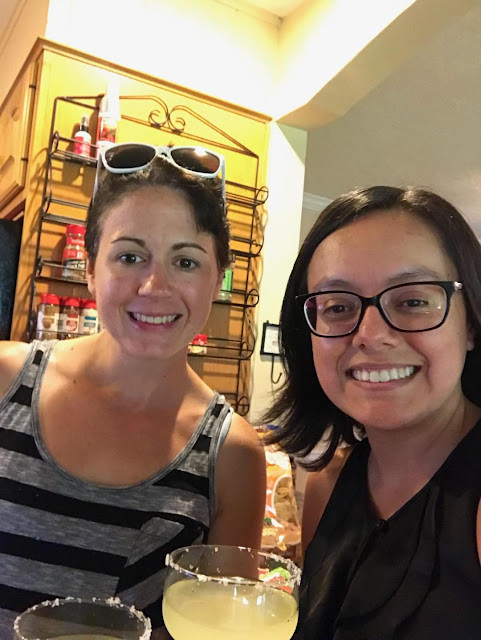 This was the second night in a row that Paul and I stayed up super late binging on The Staircase. Don't worry, I will be blogging about my thoughts on the case in a future post! 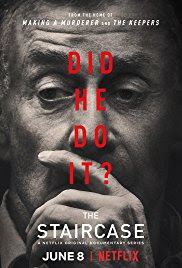 Guys, I blogged for 3.5 hours straight this morning! Blogging every day is time consuming! But I felt very accomplished when I was done.

I was also kind of annoyed. Like enraged. Like I wanted to punch someone and scream really loud. WTF!?

I HAD TO WORKOUT.

I went out in the scorching sun and did two INSANE deck of cards workouts. The endorphins helped erase my enraged feeling. (I wasn't enraged about anything in particular.)

We met Paul's parents at The Pizza Grille for lunch. It was in honor of Father's Day. We had so much fun but I forgot to take any pictures besides this one of my mojito! 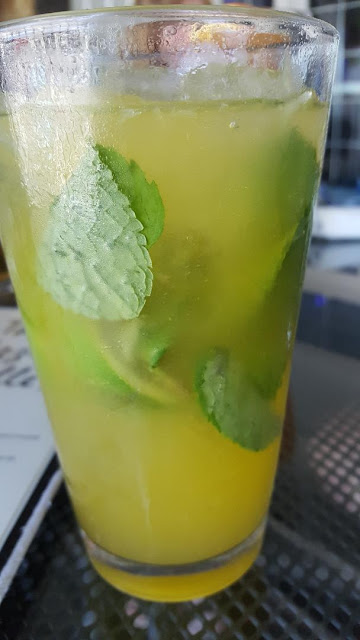 When I got home, I had STUFF TO DO. First, I took out two rusty vents from the wall, cleaned them off, then spray painted them with several coats of white paint. After they were dried, I screwed them back in. Well, I tried to screw them in. One of them won't screw so I had to tape it for now. DAD, I NEED YOUR HELP!

Then it was time to do some paint touch ups. Our baseboards, moldings, and doorways have nicks and such in them, so I just meandered around the house, looking for places to touch up. There were a lot of spots.

Then I clipped some fresh mint from the yard, made a cran lime mojito (totally made that up) and just chilled for awhile. Eventually, I made us dinner and we ate while watching The Staircase! 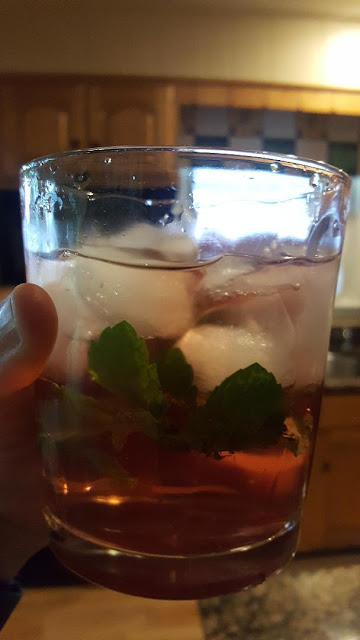 Cleaning the sun room was the last, looming thing on my summer deep clean to do list. Before I did ANYTHING on Sunday, I tackled the room. I started at 7:30am and finished at noon. Yes, it took a LONG time BUT I feel so good now that it's done. And it looks awesome! I checked my Garmin and I walked 2.5 miles just from doing that cleaning! Crazy!

That afternoon, Paul and I headed to Planet Fitness. It was time to get our lift on. 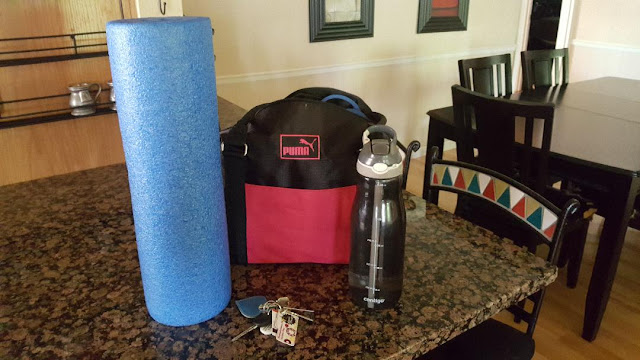 Then we came home and finished The Staircase. I went to bed at a decent hour and started this book... 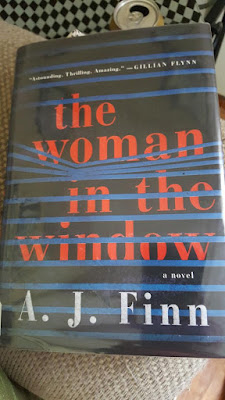 Are you watching The Staircase?
How often do you DEEP CLEAN?
Have you ever installed a toilet seat?
Tell me something fun you did this weekend!
Posted by Meg Go Run at 5:30 AM