I Iifted at Planet Fitness in the morning. I'm glad I did. It was good to be back. 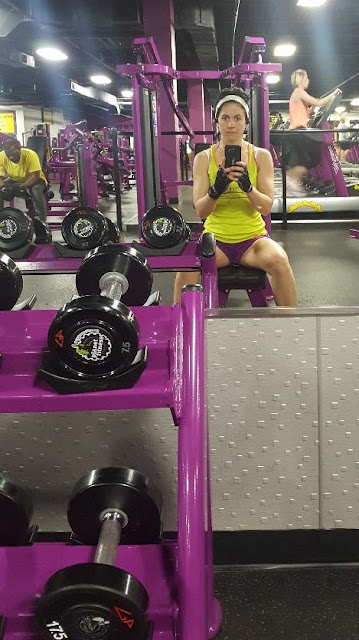 This was the last day of school for students and it was only a half day. In the morning, the seniors walked the halls in their cap and gown to the music of Pomp and Circumstance. All of the staff and students from our school lined the hallways and clapped for them as they passed. Even though I didn't recognize everyone (they were so grown up!) it was still very emotional to see my former students. These students were in kindergarten my first year teaching at East Pennsboro.

I got some end of year notes and gifts from students... 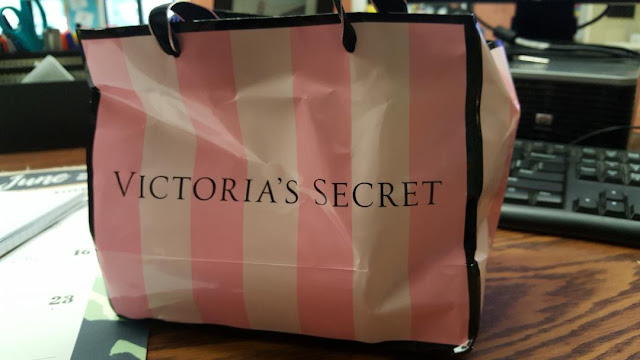 An unlikely place to buy a gift for a teacher!
It was actually some coconut oil body lotion and it smells DIVINE! Also, there was a face mask that I will show you later in the wrap up... 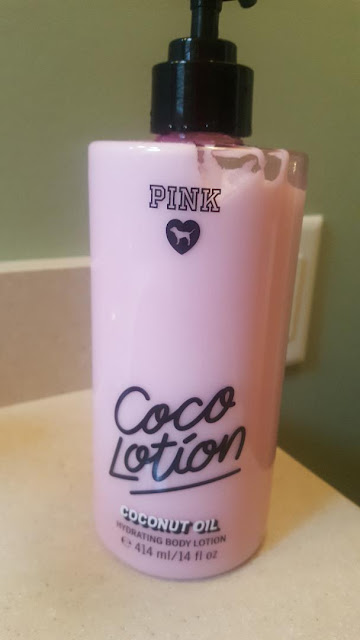 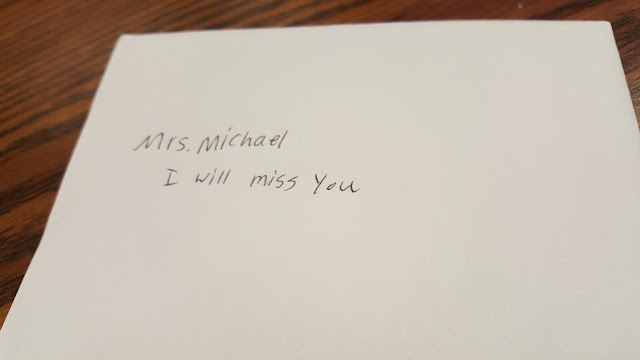 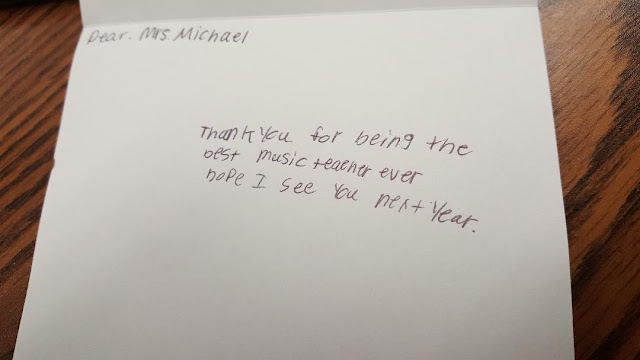 If a student tells you you're the best, it must be true!

I only had two classes that day and they were well behaved for the most part. Then I went home at lunch because I had to take Paul for.... a vasectomy!

We agreed before we got married (nearly ten years ago) that neither of us wanted children. We're still on the same page so it was time to make it permanent! Paul took one for the team. 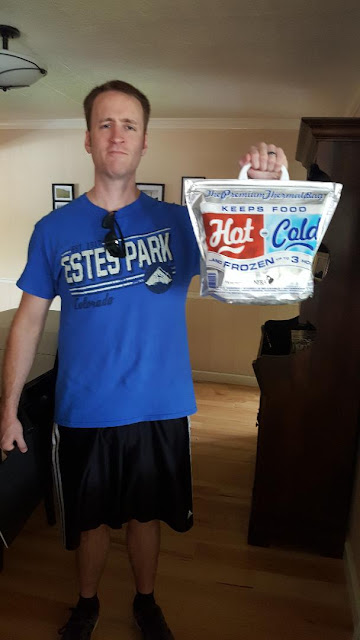 While he was having the procedure, I sorted puzzled pieces in the car! 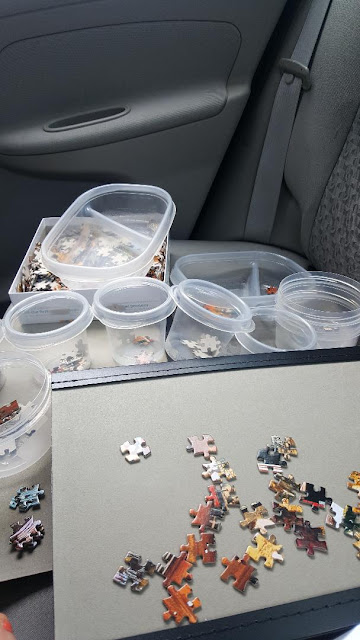 Don't worry, I took care of him all weekend! 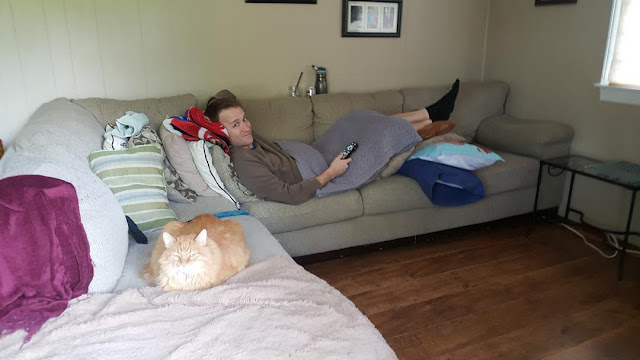 Jelly's like, "Shiiiiiit I got that done 10 years ago!"

One thing I noticed that always sucks after a surgery or dental work is that you don't get your prescription for pain pills until after it is over. That means you have to wait around at the pharmacy for like 40 minutes until the prescription is filled. I wish the doctor's office could call in the prescription before the procedure or right after so it could be ready when the patient in pain gets to the pharmacy.

While Paul chilled on the couch post snip-snip, I cleaned out the shed. Boy did I feel accomplished when I was done! 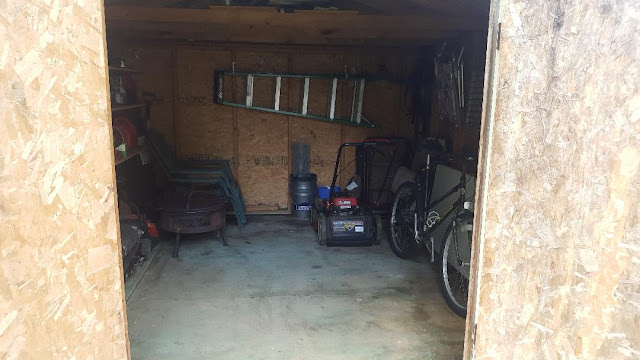 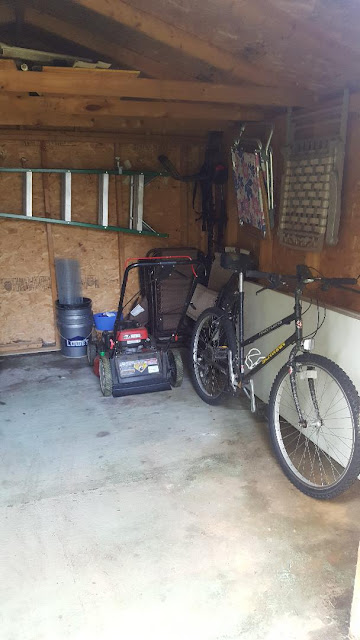 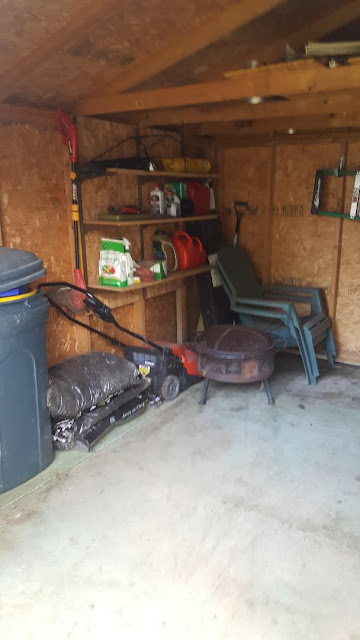 I made us guacamole for dinner using fresh cilantro from the garden. 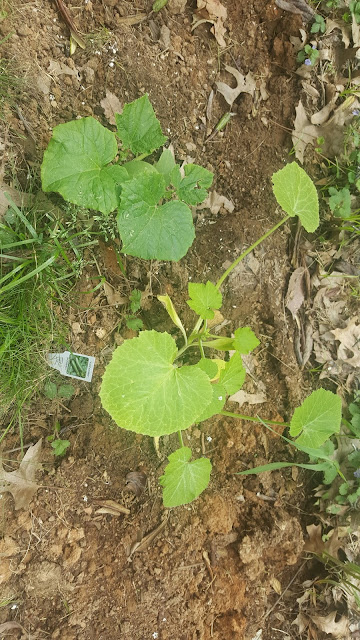 LOL THAT IS NOT CILANTRO!
I posted the wrong picture and now I can't find the cilantro pic...

I slept forever and I slept well! I dreamed Hillary Clinton drove through my hometown on a float and everyone came out to cheer for her. She was holding her granddaughter, Charlotte. I yelled "Charloooooote!" and Hillary waved. (The funny thing is I don't think many people in my hometown would be happy if Hillary came!)

Then I did lots and lots of blogging. I was sort of in a blogging rut and then suddenly I got all kinds of ideas! That's how it usually goes for me.

I worked on a puzzle. Remember when I spent like $65 on a bunch of puzzles? Well I did all those several weeks ago so I went on an Amazon shopping spree and spent like $55 on more puzzles. PUZZLES BRING ME JOY, STOP JUDGING!

I was still waiting on Paul hand and foot. He spent his day on the couch watching TV, using my lap top, or napping. I got all of his food, drinks, ice, meds, etc.

At one point I went out and about. I vacuumed the car, bought some frames for pictures I want to hang, and popped into Bon Ton because they were going out of business. I bought my mom some leggings. If she doesn't like them I will keep them. (Hey Mom, I hope you like the leggings I got you!!!)

The rest of the night was spent puzzling!

Man, this is turning into a lazy weekend! I puzzled for most of the morning. Then I decided to do something productive. My goal is to do at least one productive thing every day this summer. I know it's not "officially" summer yet but it's close enough!

Today I decided to do some organizing. I cleaned out the pantry, my purse, my jewelry boxes, and a random chest we put paperwork in.

I also planted some iris bulbs in my backyard and hung some pictures. I decided to hang my college diplomas in the room I teach piano lessons in. 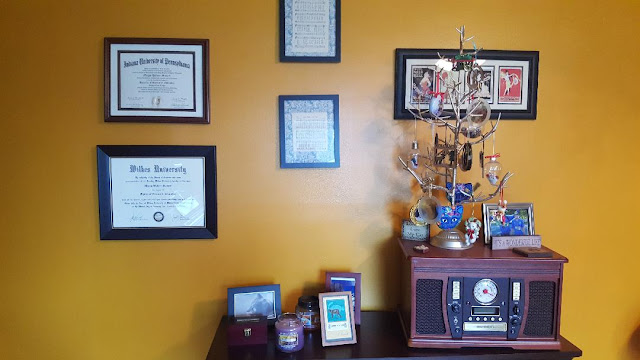 Oh, I also took a random trip to Wal Mart and got a purse and some impulse jewelry purchases. 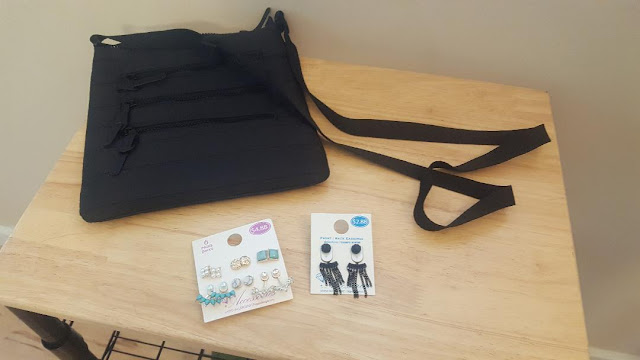 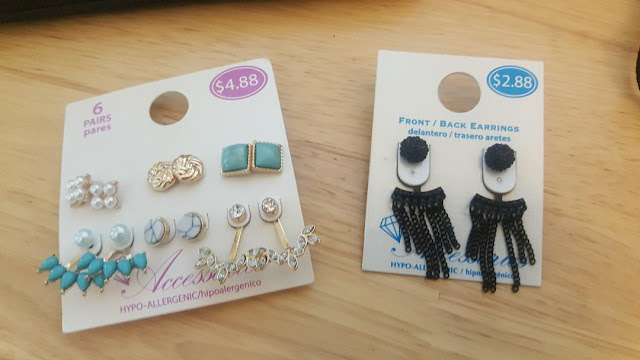 I tried the face mask one of my students got me from Victoria's secret, but it felt so gross that I took it off as soon as I snapped this picture. I look like Hannibal Lector, don't I? 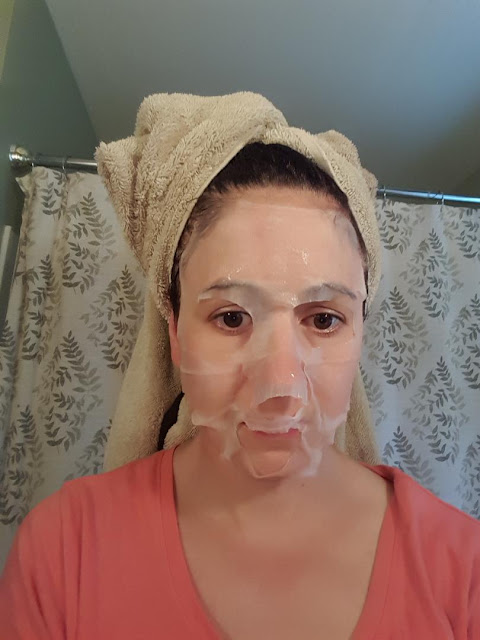 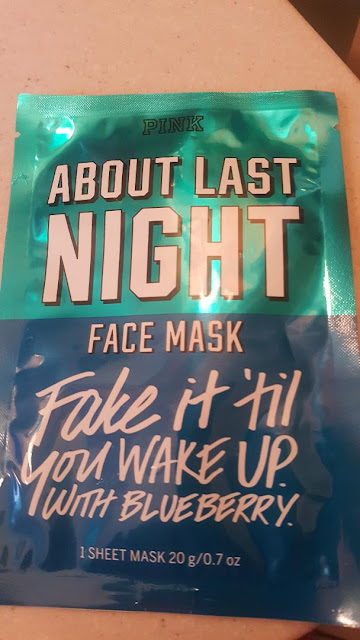 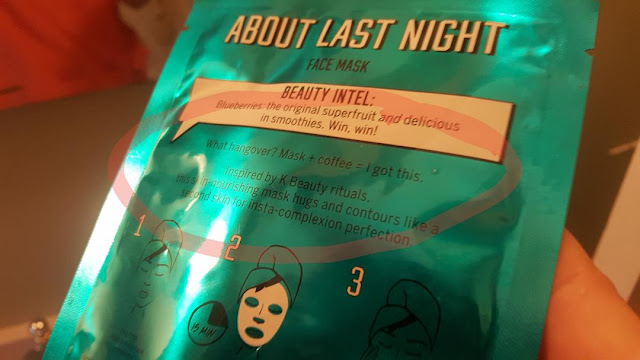 Throughout the day, I finished a puzzle and started a new puzzle... 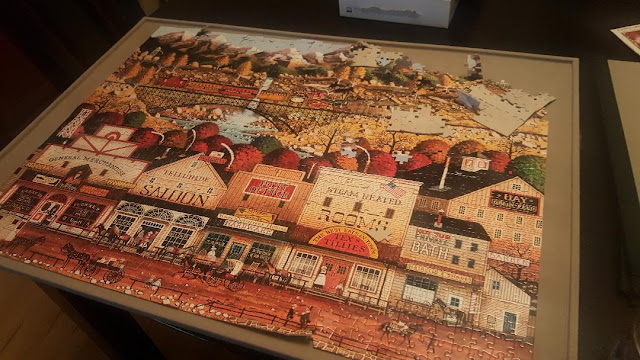 Sorry this wrap up doesn't have a ton of pictures! My phone camera is being weird...