What I Did on my Personal Day 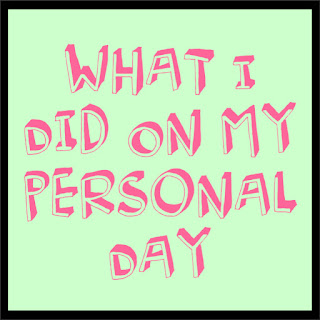 Personal days for mental health and self care are so important. I took one on Friday, and it was glorious. Here's what I was up to...

I didn't set my alarm! Bliss! 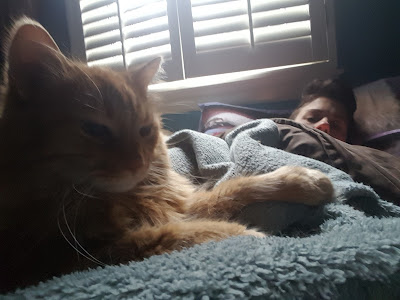 Around 7:30, I heard the outside door open and shut. I thought maybe someone was coming in to kill us, but I was tired and wanted to sleep, so I was just like, eh whatever, come kill me. I'm sleeping. (FYI: It was Paul going out to the carport to get our jug of iced coffee.)

I finally got up at 9! I drank coffee, caught up the news, and blogged. 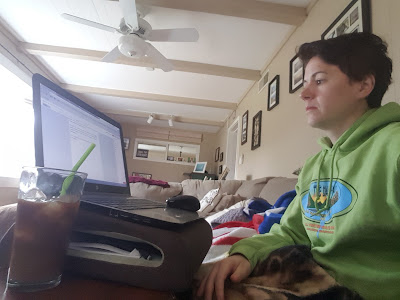 Around noon, I went for a run. I was soooo slooooow but it was okay. I didn't have any records I needed to break that day! 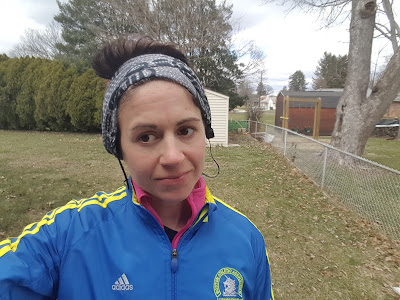 Before showering, I dyed my hair. I have to dye my hair to cover up the grey. When the dye was setting, I tidied up the house and dusted. Paul was going to vacuum. We split up the housework!

Then we headed to the mall. Our first stop was Dick's. I was looking for thick running tights. I found a ton of capris and thin tights, but not much that was thick. Most of the pants and capris had mesh or netting. I guess that's the style now. 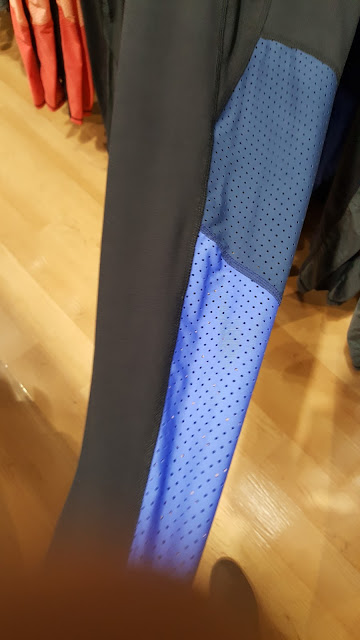 I found the BEST pair of thick tights. They were only $30 (clearance) and they were very comfortable. Unfortunately, the back of each calf had mesh! Why!? Why put it on THICK tights? If someone is buying thick tights, they clearly want to be warm, right? FYI: I do not like the design on these pants but I really don't care what I look like when I run, so I would have bought two pairs just because they were so warm and comfortable. If ti weren't for the mesh on the calves. 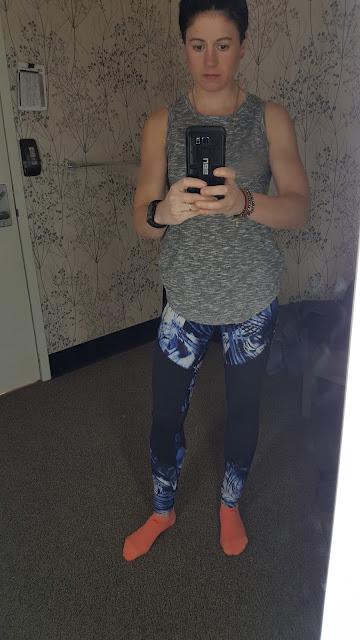 I didn't get anything at Dick's. I will try Ross and TJ Maxx some other day. Then it was off to Starbucks for an iced coffee before searching for pillows! 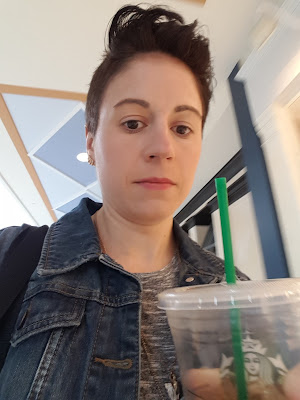 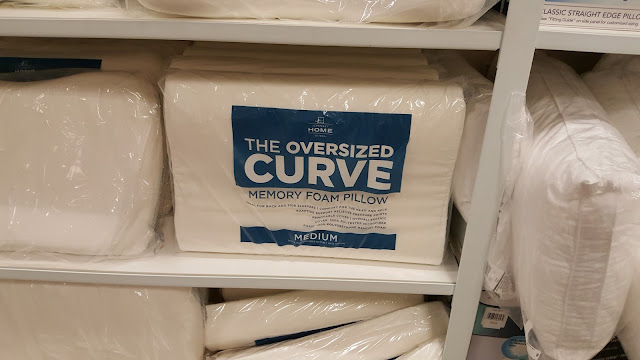 It's very hard. I'm interested to see how it works...

The only other thing I bought was a very warm zip up sporty sweater at Bon Ton for $11! I love it! 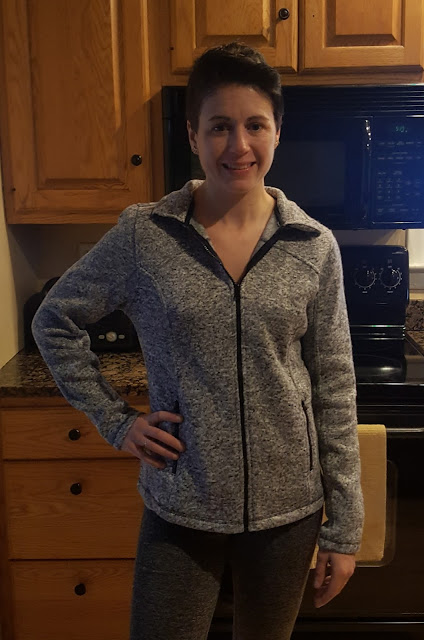 Then it was time to head to Carlisle for Girl's Night at my friend Karen's house. On this night, Karen, Andrea, Cat, and Laveena all had tickets to see my in Godspell.... but I quit Godspell, so we scheduled a Girl's Night instead! 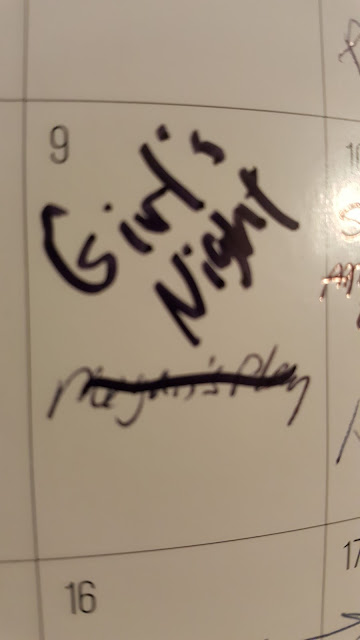 Karen hosted and made guac, Andrea and Laveena brought dessert, Cat made DELICIOUS fish tacos, and I made margaritas. We ate, drank, talked shop (we're all music teachers) and then played some ukes! 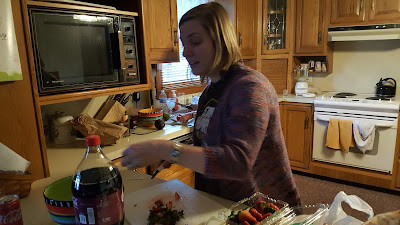 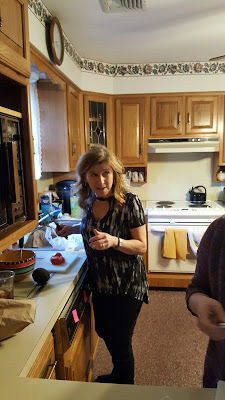 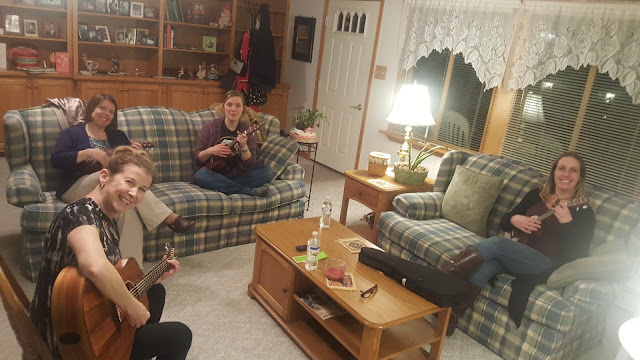 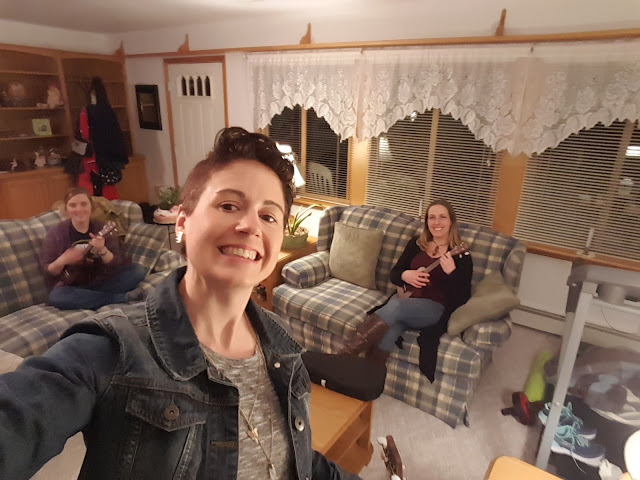 I didn't get home until 11:30!!!! I never stay out that late! I would have never made it that long if it weren't for having the days off to relax. It was so fun to hang out with my gal friends. Poor Paul had to spend the night at home vacuuming...

And that was my day!

What do you think of all the mesh?
What do you like to do on Girl's Nights?
Posted by Meg Go Run at 5:30 AM