On Monday, Paul and I finally took our first day trip of the summer. We went to our nation's capitol!

D.C. is only about two hours away, yet we rarely ever go. Paul and I took a tour of the White House several years ago but all my other school trips were so long ago. It was time we made some new memories!

So as not to overwhelm ourselves, we picked two places to visit that day. The National Zoo and the Museum of Natural History.

We left at 7:30am. I decided not to get up earlier and workout because I figured we'd be walking a ton. Boy was I right! The grand total on my Garmin by the end of the day was over 8 miles. Talk about an active rest day.

We parked at the Shady Grove metro station (about an hour and a half from our house) and took the metro right to the zoo. Admission to the zoo is free. How awesome is that? 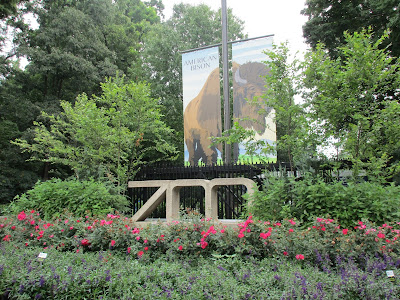 Here are some of the cutie pies we saw... 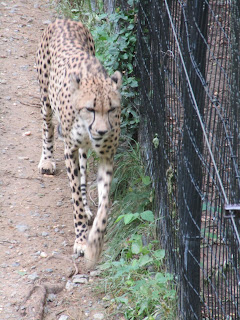 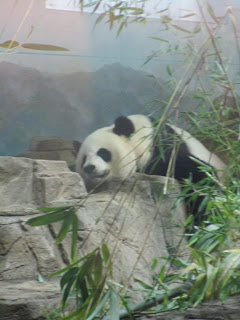 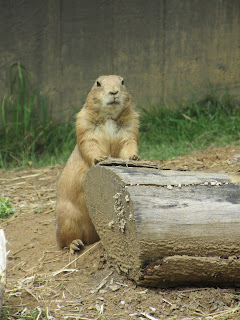 Paul loves prairie dogs. He calls me his little prairie dog because I can never relax
and I'm always popping my head up and looking around when we are out places. He always says, "Quit prairie doggin'!" "Prairie doggin'" is a verb in our house. 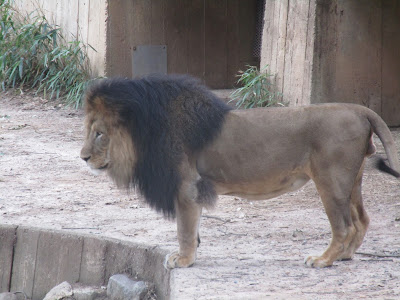 This zoo had the best lion exhibit I ever saw. They were active- even running around at one point. It was a little scary! 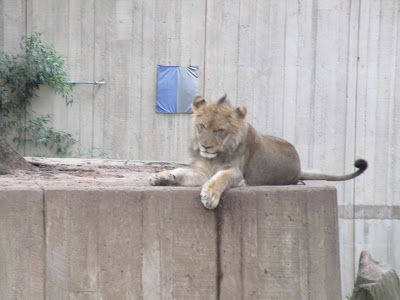 It was extremely hot and we were literally soaked with sweat by the time we were done at the zoo. We were also getting pretty hungry. We shared a blue slushy at the zoo but that was it. (We love getting slushies when we go to zoos. It's like a tradition!)

We took the metro to the Natural History Museum. Before we went in, we treated ourselves to thick slices of meat lovers pizza from a pizzeria and a 32oz diet coke. Apparently we were not in the mood to eat anything healthy! 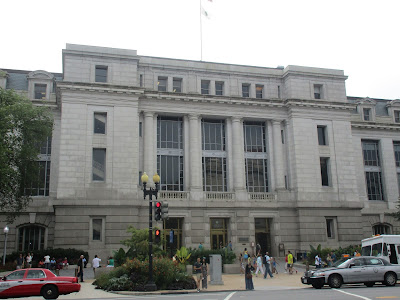 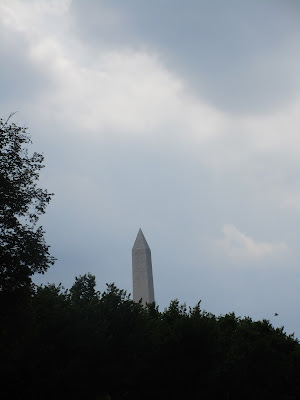 "Just the tip" of the Washington Monument. 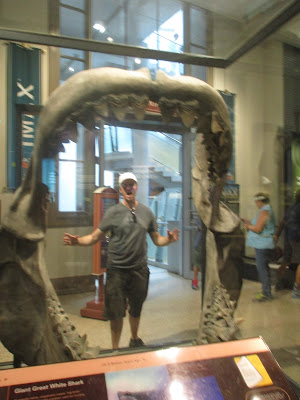 Paul in some ancient shark's mouth. 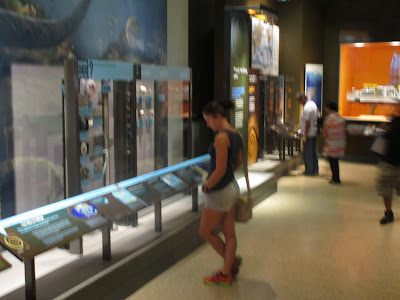 Me learning about how the world is basically going to end if we don't start taking care of the ocean. 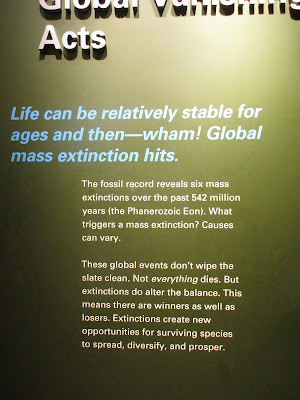 Every time I go to a museum, I am convinced that humans are going to become extinct very soon. Hopefully I will be dead before that happens. 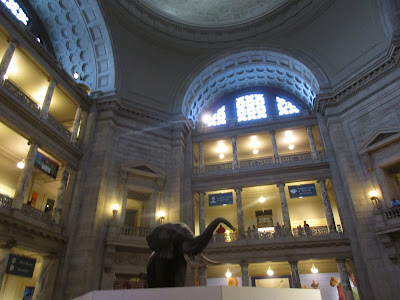 The museum was beautiful and there was a lot of interesting exhibits. I particularly enjoyed the Hall of Human Evolution. However it was extremely crowded and it seemed like every adult and child left their manners at home. I can't believe more fights don't break out at the museum because there were several times I almost flipped the eff out on someone.

We could have spent more time at the museum than we did but we were just too tired. My back hurt, my legs, hurt, and my feet hurt. I couldn't wait to sit down. It was time to head home.

While we didn't hit any traffic or encounter crowds on the way into the city, we probably left to go home at the absolute worst time. We almost didn't fit on the train because it was so crowded and poor Paul had to stand almost the whole ride back to Shady Grove.

When we got home, I showered the funk off of me, poured myself a dirty martini, and got some serious stretching done while I read Big Brother message boards and caught up on what was happening in the house all day. 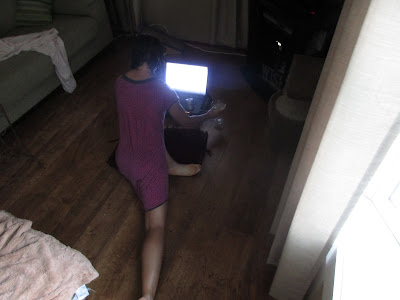 I can pigeon pose, read message boards, and drink a martini all at the same time!

I was so sore and tired from walking around that I was thinking maybe I needed a rest day to recover from our D.C. adventure! All in all, it was a fun day and we realized we need to take advantage of the fact that we live close to such a cool city with a million things to do.

Have you ever been to DC?
What's your favorite zoo?
Do you take advantage of cool cities around you?
Posted by Meg Go Run at 5:30 AM