DECK OF CARDS... in the SCORCHING heat! 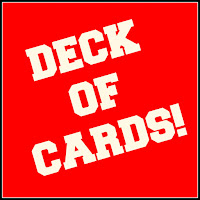 Let me guess, every blog you have read this week includes A LOT of complaining about how hot it is.  Well, I'm going to do it too! IT'S FREAKING HOT OUTSIDE!!!!!!

I love summer weather, and I like to be hot and sweaty. If it's super hot, I will go outside if I am mentally up for it. (Sometimes I am not up for it and stay in the a/c!) If I do go out, I make sure I drink a lot of water. If I'm running, I always stick close to home so I can bail if I don't think it's safe to keep going. Or if I simply need to cool down in the a/c before pressing on.

Yesterday (Monday) I got up early and did a 4 mile walk with my friend Bree. It wasn't horribly hot, but as morning turned to afternoon, it was scorching. That was right about the time I decided I was going to do a DECK OF CARDS WORKOUT!

I haven't done a deck of cards workout in months because the exercises I like to incorporate into them are things that I didn't think were good for my knee. Well, ever since I found out my knees are absolutely fine, I have been slowly trying to test things out as I feel ready.

Oh, this is a good time to mention that if you don't know what a deck of cards workout is, I wrote a great post about it here. (I wrote that post back before anyone ever read my blog so you probably missed it!) 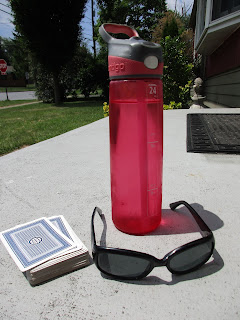 Armed with water, sunglasses, and my very special nerdy Big Brother podcasts, I went out front and got started. Here was my plan: 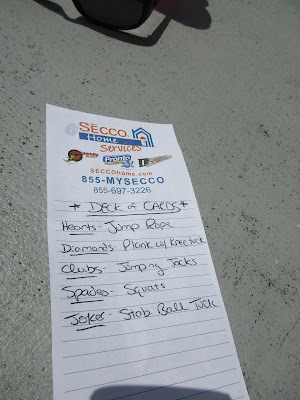 Most of the time I mess around to try to get more reps and that's what I did today. Here is how I mixed it up:

Jump rope was in multiples of ten. So a 3 of hearts was 30 rotations. 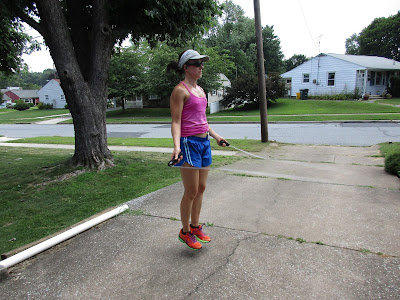 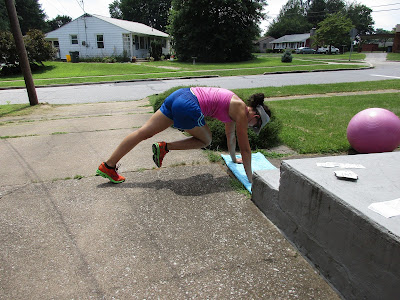 Squats were just the number on the card. 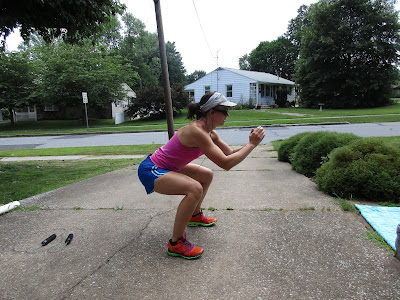 Jumping jacks were multiples of 5. So the 8 of clubs was 40 jumping jacks. 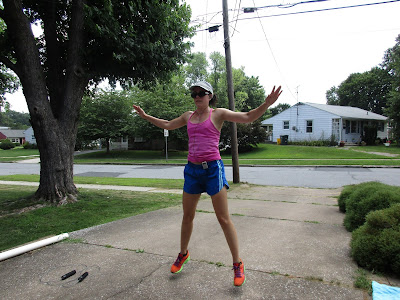 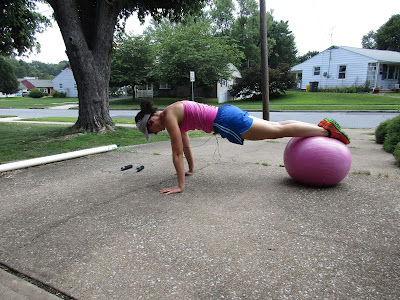 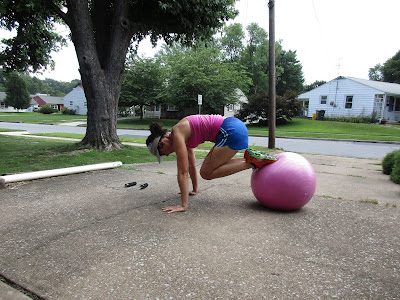 I know that sounds complicated but I had my own system. ;)


Then, at the very end of my workout... look at the last four cards that were left... 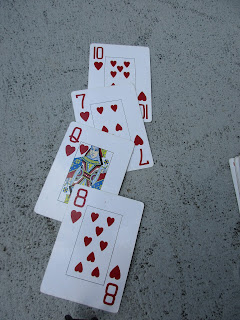 Guys, I did it and I didn't take a break. I got in a good rhythm and I just made myself do it!!!!! I kept saying to myself, "Pretend it is a race and you are almost at the end. You wouldn't give up in a race so you can't give up now." Shaming myself like that worked!

I did the math (with a calculator) and this is the grand total:

It took me 20 minutes and was pretty intense, but that is the whole point! I miss HIIT, even though it sucks and makes me want to vomit!

Oh, and my knee felt a little weak the rest of the day but nothing too bad. I powered through and didn't ice or take meds.

Do you do deck of cards workouts? What exercises do you like to use?

If you have never done one, what exercises would you like to incorporate? Check out this post for ideas!
Posted by Meg Go Run at 5:30 AM