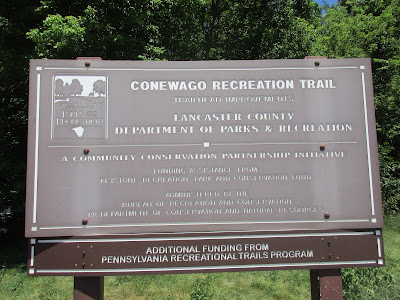 Yesterday, I did my longest run since the end of June. I'm just going to cut to the chase: I FELT GREAT! More importantly, I felt like myself.

The plan was to do at least four miles, but I secretly knew I would do five. I dropped Paul off at his parent's house to hang out with his dad and then headed to a nearby rail trail for my run.

The Conewago Trail is a flat trail made of packed gravel and is mostly shaded. It was the ideal terrain for me, and considering the weather was much cooler than it has been, it made for extremely pleasant running conditions. 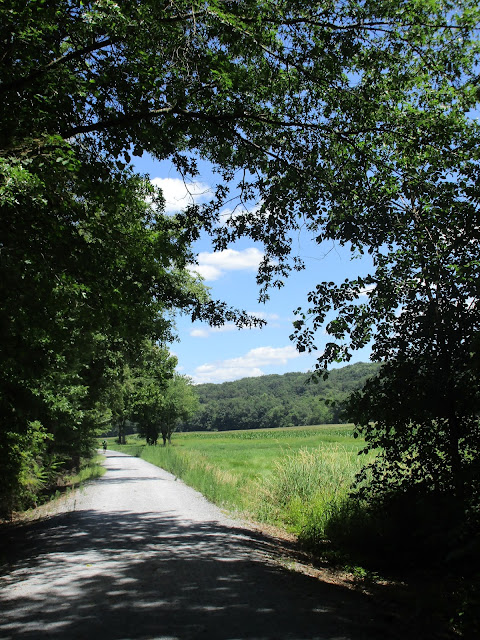 During the first mile, I felt a little sluggish. The thought of doing five miles seemed daunting. But I told myself to chillax, enjoy my podcast, and just get into a groove.

And get into a groove I did! As my run progressed, my legs warmed up and I started to slowly pick up my pace. At first it was a natural progression, but I have to admit that I purposefully pushed the last two miles. 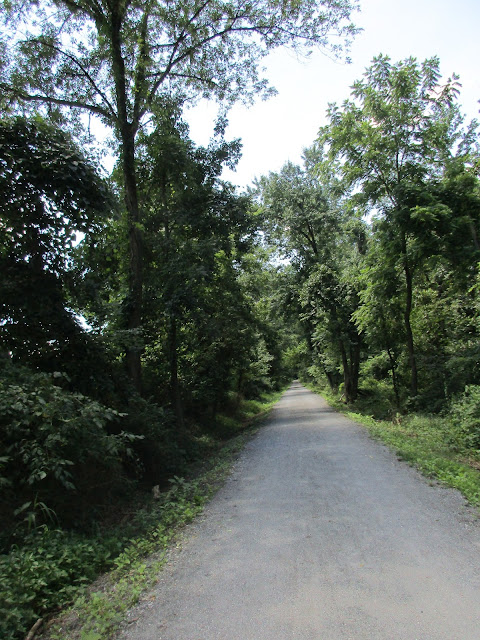 My knee felt strong the entire run. My glutes were sore during the run (due to kettle bell swings the day before!) but it wasn't anything that hindered me from running my normal gait. 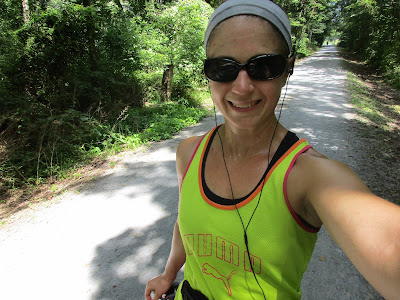 When I was done and checked my splits, I was pretty darn happy with myself! I was worried I lost some of my speed over the past couple months. My most recent runs hovered between 8:45-9:30 pace and those runs felt like an effort. But my run on the Conewago Trail really made me feel like I still have some speed in me, even if it doesn't show it's face as often as it used to! 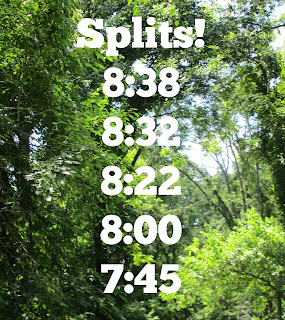 I attribute this great run to 3 things:

1. A flat, soft surface. There were no hills at all.

2. The weather was much cooler than it has been and I was rarely in the direct sunlight.

3. I was able to calm down and just go with the flow! 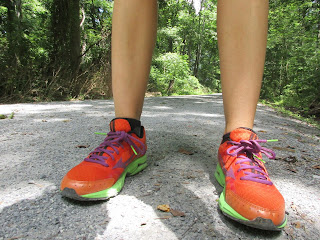 After my good run yesterday, I am feeling more confident than I have been, but I know that I have a long way to go. It was just nice to feel like myself for about 45 minutes!

Do you ever tell yourself just to CHILLAX on a run?
Are there any rail trails you frequent?
When was the last time you had a GREAT run?
Posted by Meg Go Run at 5:30 AM