Here's an interesting question I get asked: "What do you do if you need to go to the bathroom during a race?"

There are so many variables!

How I really shocked my students

After I ran the Bull Run 50 Miler, I remember telling my students a little bit about the race, and how we ran for eleven and a half hours in the woods. The kids always have fun questions, like "What do you wear?" or, "How do you drink?". My favorite question is aways, "Did you win?" But that particular day after the 50 Miler, I got an AWESOME question.

"Do you really want to know?" I asked the class with a devilish look in my eye.

They nodded eagerly and leaned in.

"In the WOODS." I whispered.

They gasped! They squealed! They looked at me in shock, horror, and then with a deep respect. I don't think they ever looked at their music teacher the same way after that!

But seriously, having to use the bathroom during a run can be pretty annoying- especially during a race that you're actually trying to, well, race!

If I'm running a marathon (or longer), it doesn't matter how many times I pee before the race starts, I usually have to go during the race. Think about it- running for over 3 hours + lots of water = pit stop.

I still make sure I go as many times as I can before a race starts. In fact, I was IN the bathroom when the Baltimore Marathon started. It was no big deal- chip timing!

Usually there are a ton of port-o-johns at the start of a marathon. There are usually long lines, too, so what I do is get in line, go to the bathroom, and then immediately get back in line so that by the time I have to go again, I don't have to wait. Genius, right!?

Going on the road.

During a road race, if I need to use the bathroom, I stop and use a port-o-john. If the port-o-john is full and there aren't any people around, I will go behind the port-o-john. Sorry if you think that is gross, but I have PR's to run! There's something about being at mile 22 of a marathon that makes you not really care about someone seeing you squat. If you have run long distances before, you know what I'm talking about. I don't mind stopping to actually go, because that only takes like two seconds, but I do NOT want to be waiting in line!

For instance, during the Harrisburg Half I managed to PR even thought I stopped to use a port-o-john at like mile 3. I had to go, there was no getting around it. But there was no line, so I was in and out in like 9 seconds!

Going on the trail.

Ahhhh, the glorious trail! Going to the bathroom on the trail is no big deal at all. There are no *actual* bathrooms but there are SO. MANY. TREES. That's a good thing, too, especially for long distances. If I'm hydrating myself well and running long, I will need to stop several times. No big deal, we've all peed in the woods.

And the question you were afraid to ask but probably wanted to know the answer to...

I was scared to crap in the woods until I actually did it. And then it wasn't so bad. Look, it's better to crap behind a tree than crap your pants, right? When you gotta go, you gotta go!

I'm trying to wrack my brain and think if I ever had any "close calls" on a run. Oddly, the only time I can think of was when I was on a morning run before work and I was only like half a mile from my house! I had just discovered how delicious brussel sprouts were, and stupid me can't do anything in moderation, so I ate a two pound bag for dinner. I thought I was going to DIE on my morning run, and when I say DIE, what I really mean is crap my pants. I was less than a mile from my house, but I really didn't think I would make it! It came on so suddenly! I even started to rationalize it. I said to myself, "Well, no one will ever know if you do. It's dark out. Paul's not up. Even if you do crap your pants, no one will ever know." I don't know how I managed to get home without anything terrible happening, but I did. WHEW! 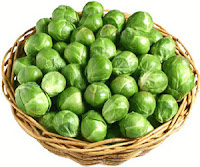 I'm really not sure what I want you to take away from this post... but I will try to sum up the important points in case you missed them:

1. Lots of races have port-o-johns, and if you feel like standing in line, you can go in them.
2. Or you can go behind the port-o-john if you don't want to wait in line.
3. The woods is pretty much one huge bathroom, just be sure to carry toilet paper.
4. Always share your toilet paper with other runners who need it.
5. It's better to crap behind a tree than crap your pants.

Did you ever go to the bathroom in the woods?

Did I really just write a blog post about running + pooping?
Posted by Meg Go Run at 9:58 AM

Email ThisBlogThis!Share to TwitterShare to FacebookShare to Pinterest
Labels: going to the bathroom on a run, how to shit in the woods