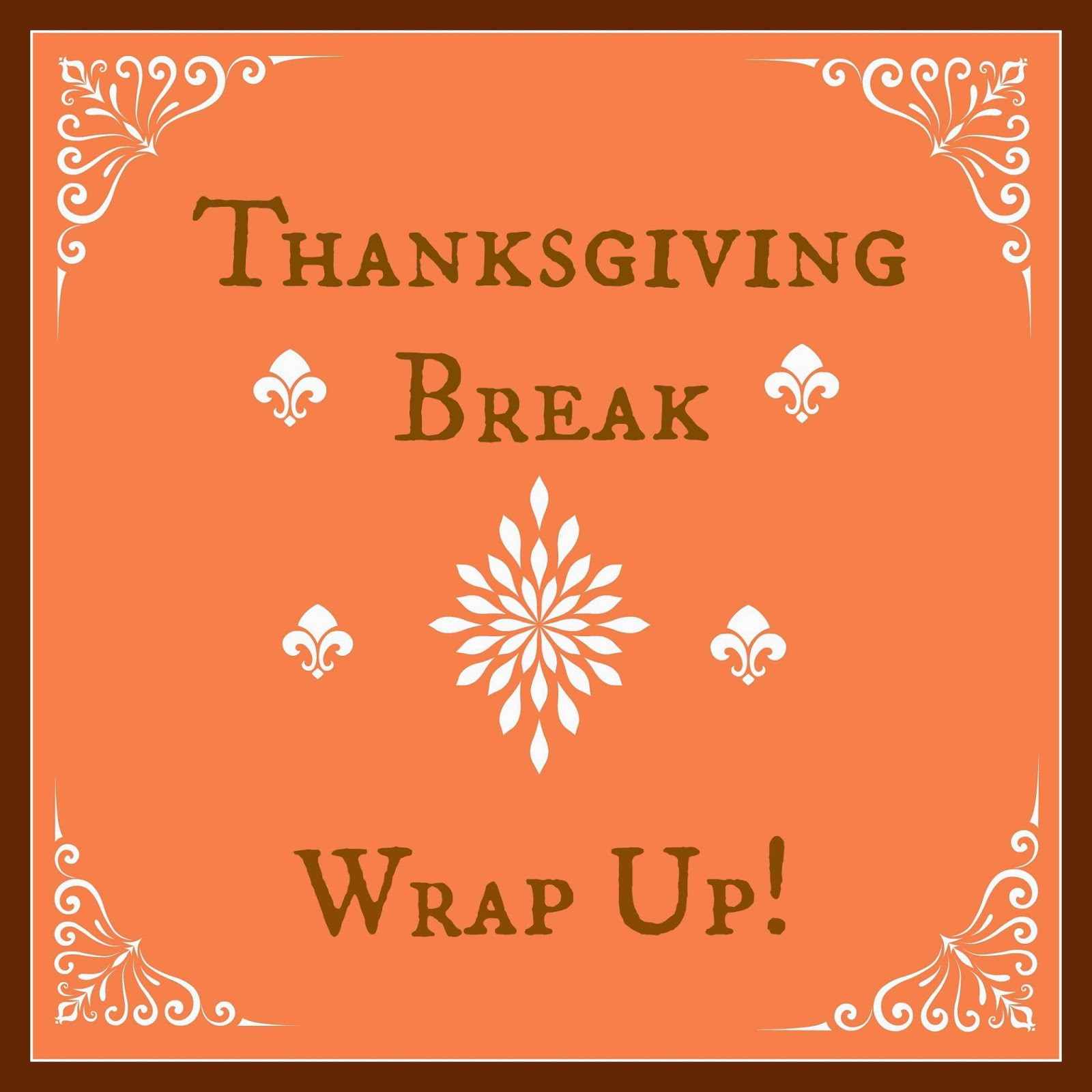 Even though I divided my Thanksgiving Break into two parts, this is still a long one! So grab a cup of coffee and hunker down!

Or just scroll through the pictures... I won't hate!

On Saturday morning, I started a really stupid movie- Couple's Retreat. I don't know why I DVR'ed it. I hate Vince Vaughn. I turned it off because it was so dumb, but ended up watching a little bit more of it when I was foam rolling. That was all it was good for!

Before I did my workout for the day, Paul helped me film my "Oh no, it snowed!" Workout. Be sure to check it out!

Then it was time for my real workout. I had run a lot the past couple days, so it was time to do some upper body lifting. I am able to do chest and shoulders at home, so that is what I did. This was my workout- it is pretty standard for what I am doing at home these days. 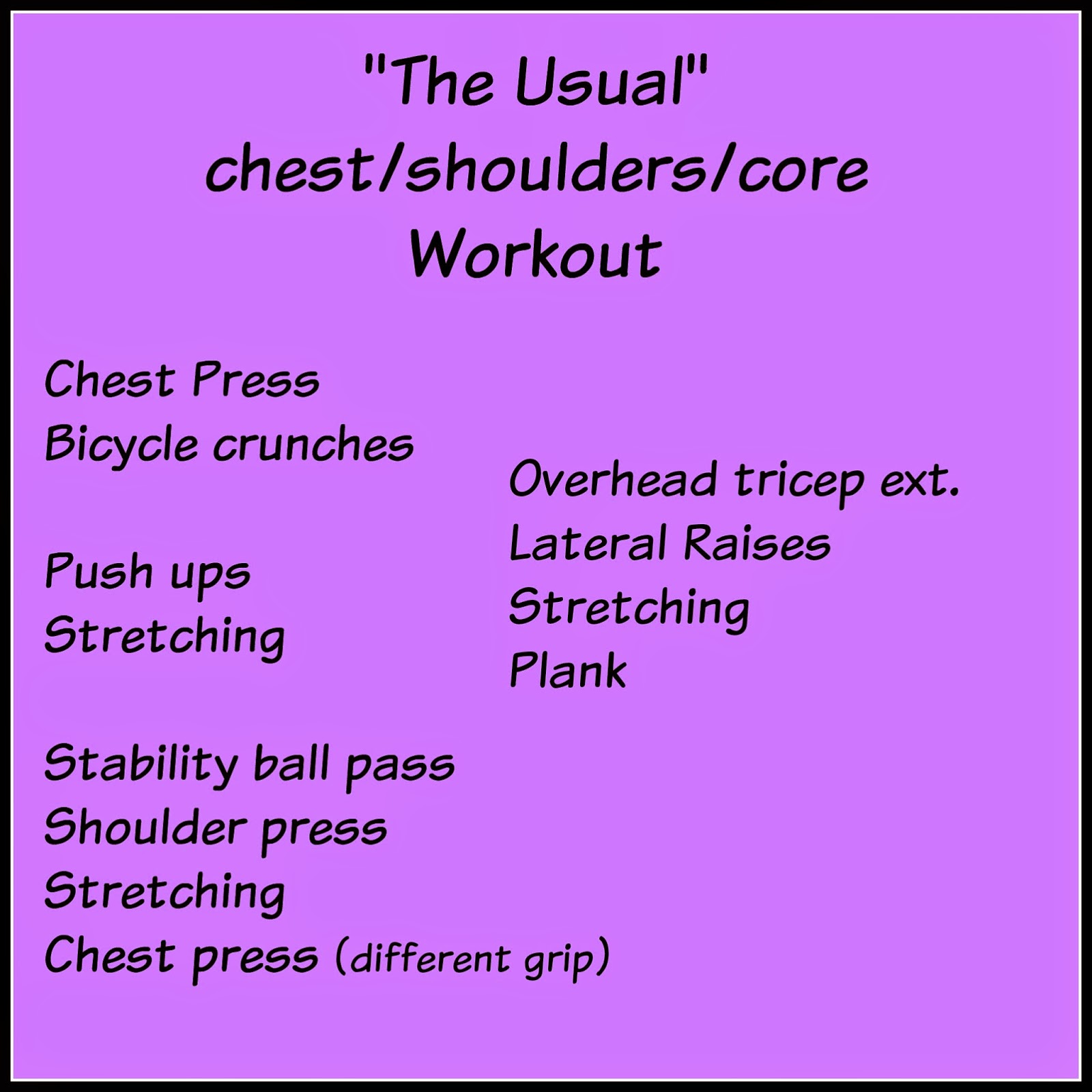 Each circuit is done four times.
I like to mix my stretching into my circuits so I don't have to do it all at once
and it gives me some active rest time!

Saturday afternoon was "Thanksgiving Round 2" with Paul's family. We had a blast! We taught his mom how to play Quiddler and she beat our asses! The Thanksgiving meal was delicious. Paul's dad is a really good cook! 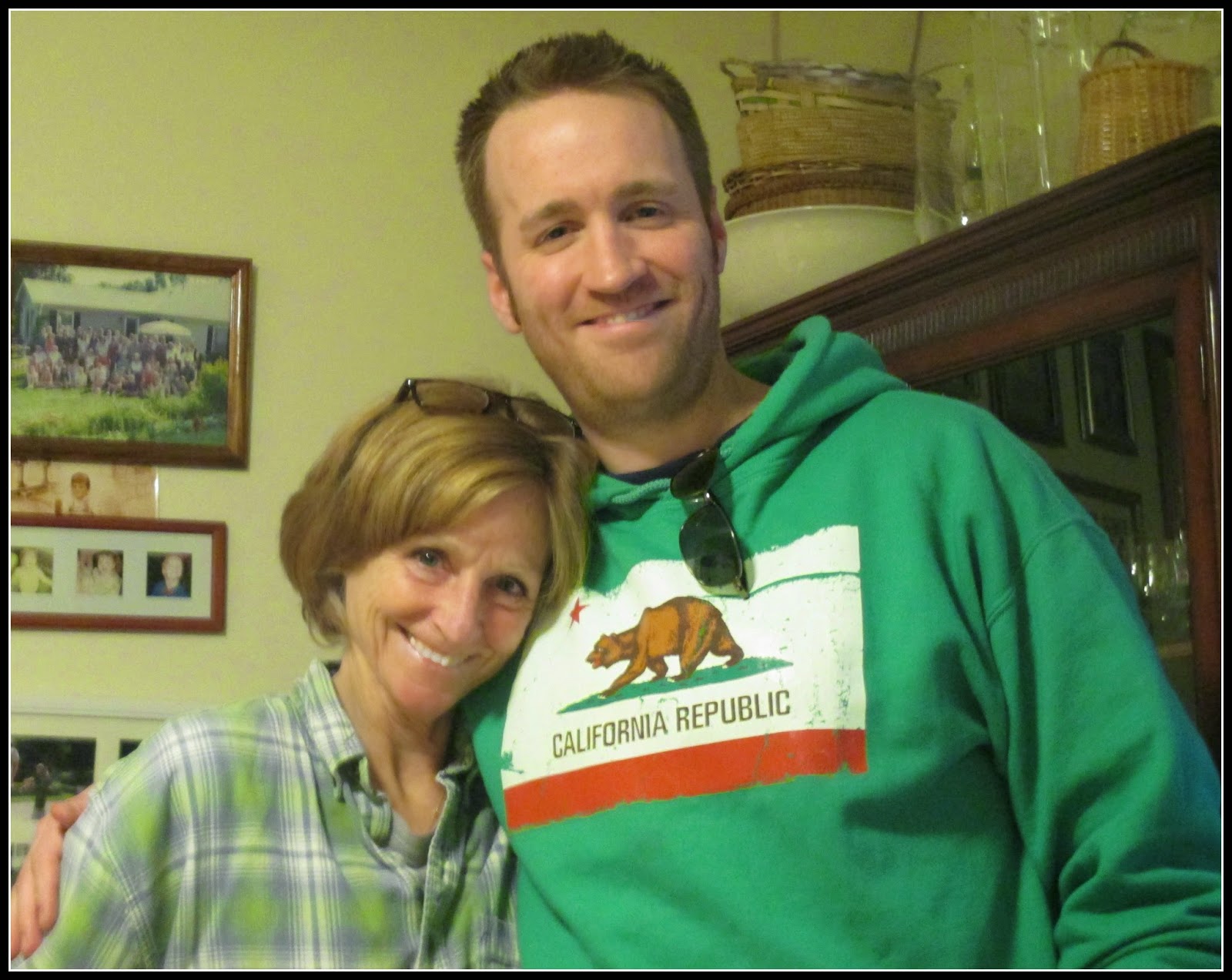 Paul and his mom. She is so little. 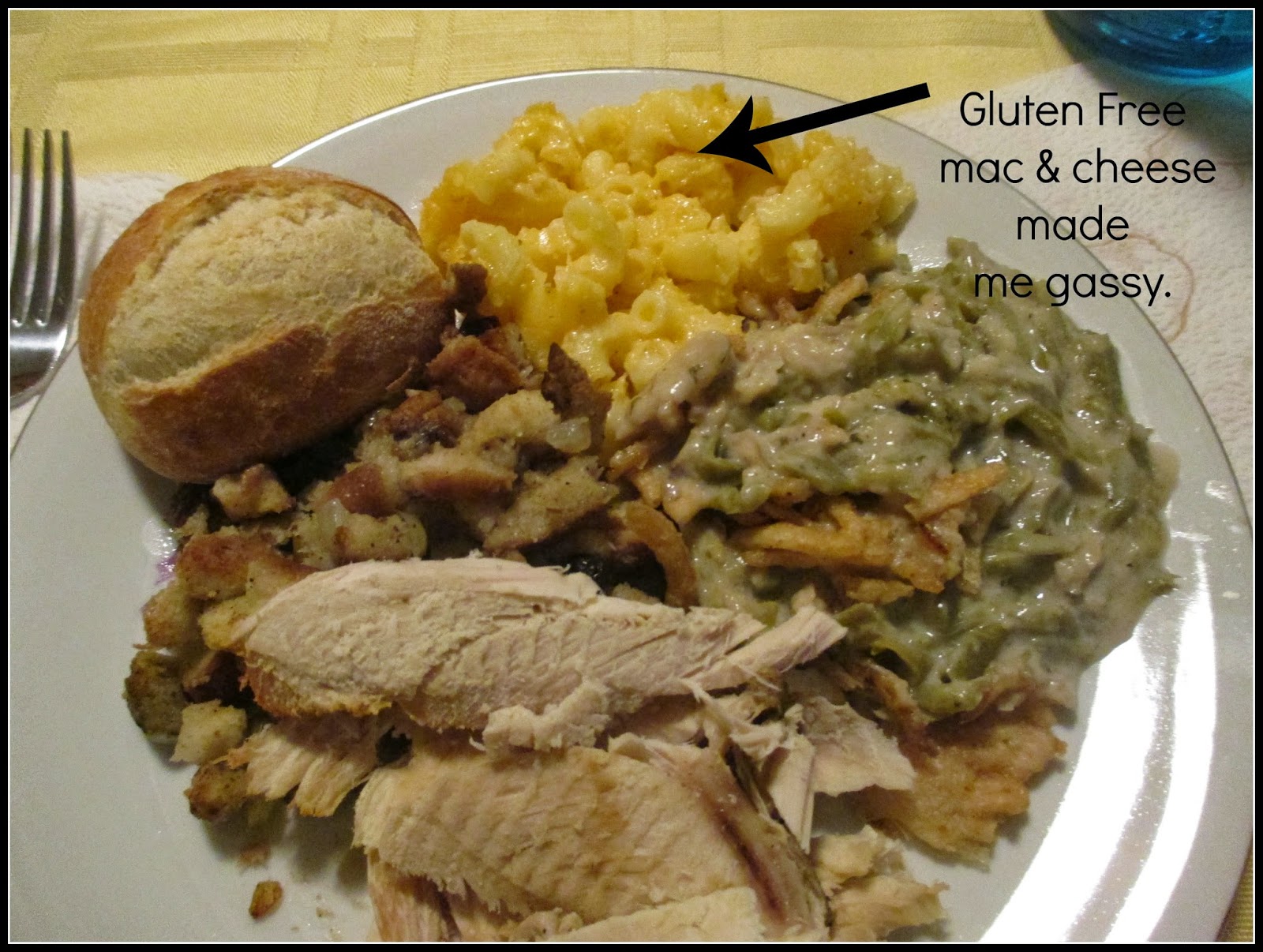 That's right, I had gluten free mac and cheese and after the meal I was REALLY crampy and gassy!
I think I have a "gluten free sensitivity"... ;o)

The best part about Thanksgiving Break was definitely waking up whenever my body naturally wanted to. On Sunday morning I awoke at 6am. Jelly was laying on me, purring, like the beautiful baby boy he is. When I finally rolled out of bed, Jelly followed me to the couch for some more cuddles.
,

Sing to the Folger's commercial theme song:
"The beeeeest part of wakin' up, is Jelly on your face!"

My mother-in-law gave me the book The Giver the day before. She had highly recommended it to me, and since I was feeling all cozy, I figured I may as well start it. Well, I read the whole thing in one sitting! If you have never read The Giver, I highly recommend it! It is an easy read- you could read it in just over two hours, probably, but you will think about it for days after. I really need to expand my horizons when it comes to literature. I know there are so many good books out there, but I am just so damn picky. 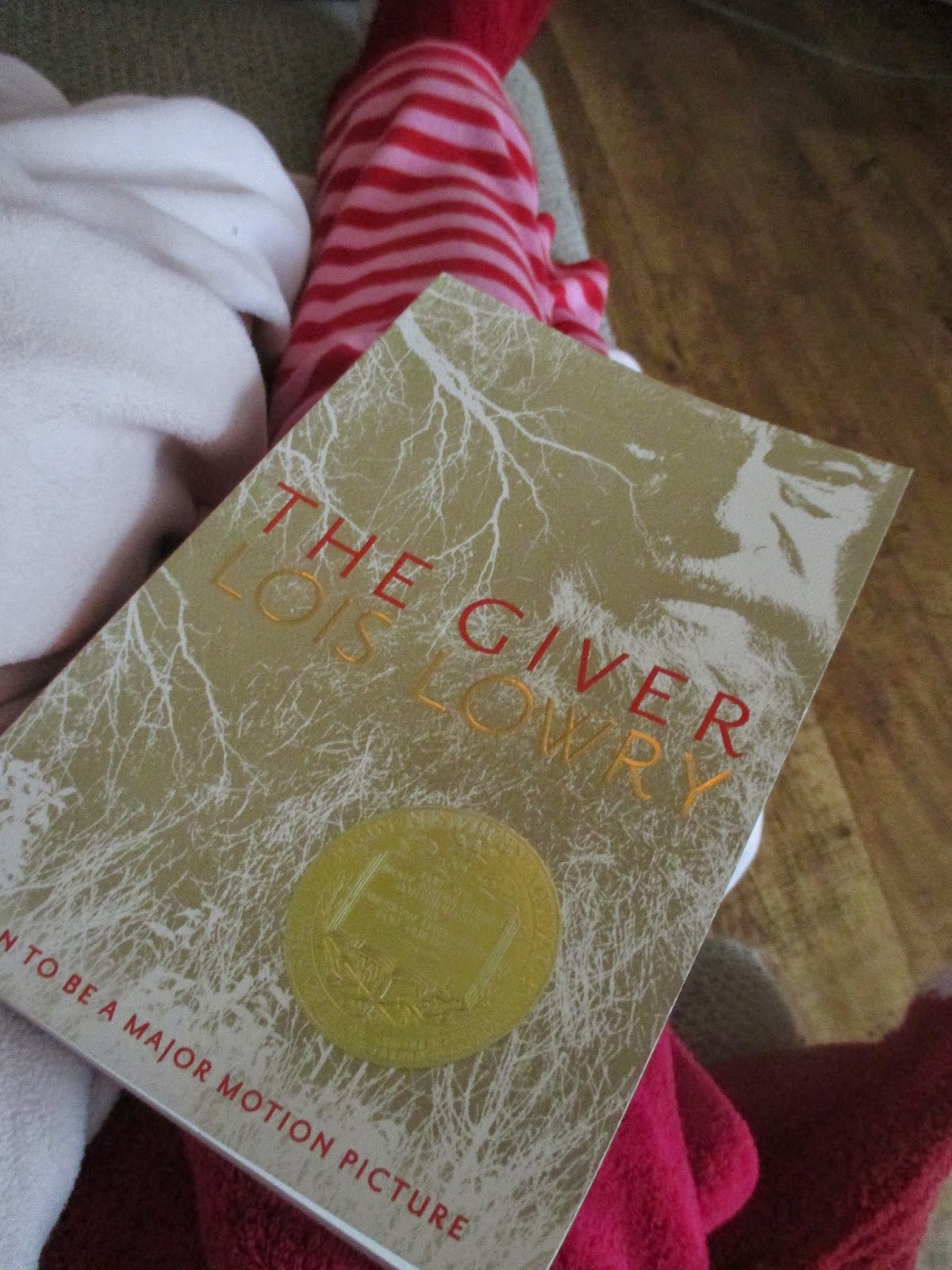 That afternoon, I drove Paul up to Millersburg so he could watch football with one of his friends. That's right guys, this was our third trip to Millersburg in five days! I do not watch football, so I went on the most gorgeous 10 mile run in my hometown. It was one of those runs where you just look around and think to yourself, "Damn, this world is beautiful," and "I am so lucky I get to run! I wish I had had my camera with me. Next time. 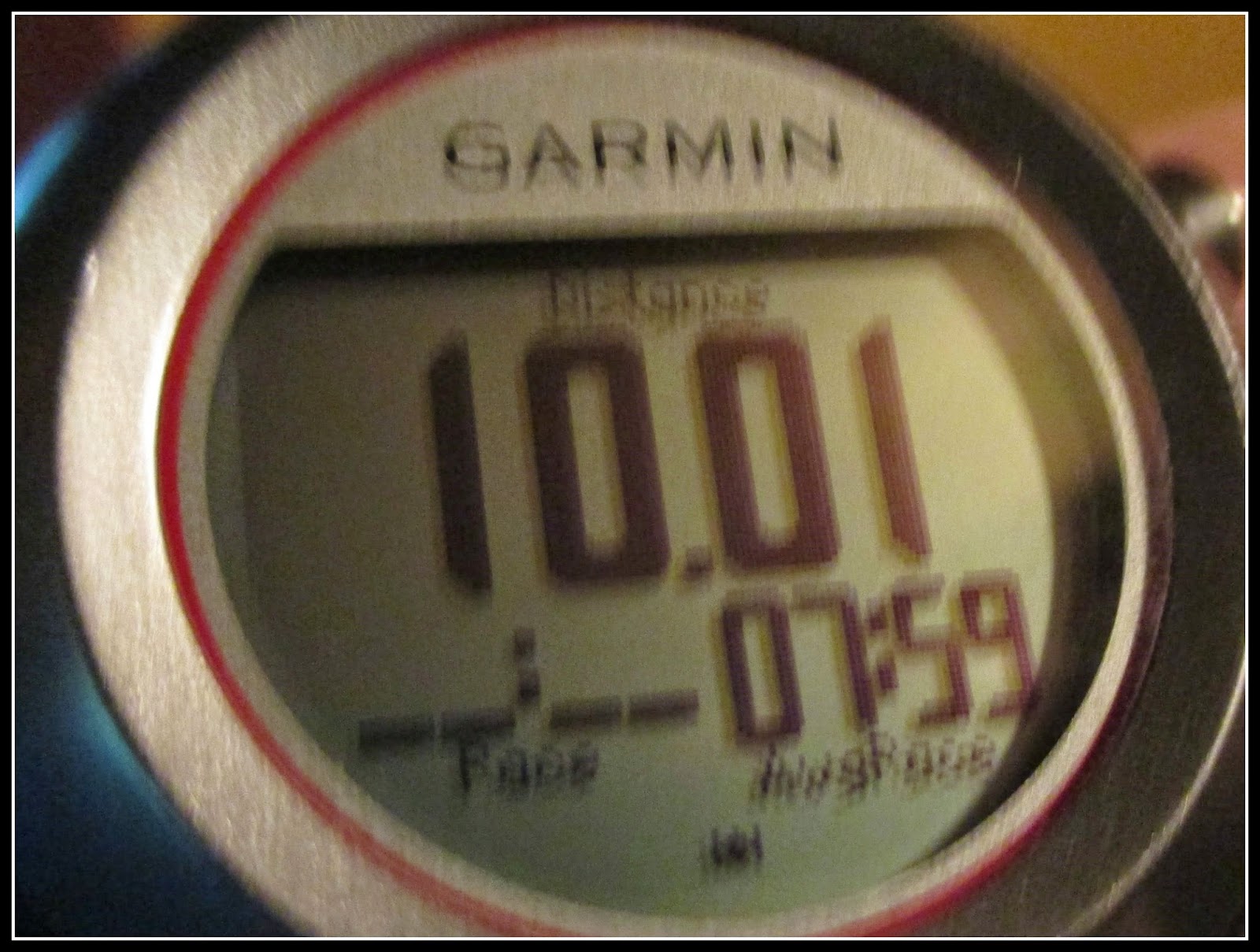 The only thing that was EXTREMELY disconcerting about my run is that everyone was out doing target practice since buck season was starting the next day. Hearing gunshots every 5 minutes was NOT FUN. I was really hoping the shooters were not going to mistake me in my fuzzy blue running vest for a target.

It was very warm out, but unfortunately I could not run because I was due to lift. I do back at Planet Fitness, so that is where I went, even though I really did not feel like trekking to the gym. I incorporated a few lower body exercises, but not a ton. I am trying to baby my IT band, and unfortunately, lunges and squats seem to aggravate it more than anything else!

Here is the workout I did: 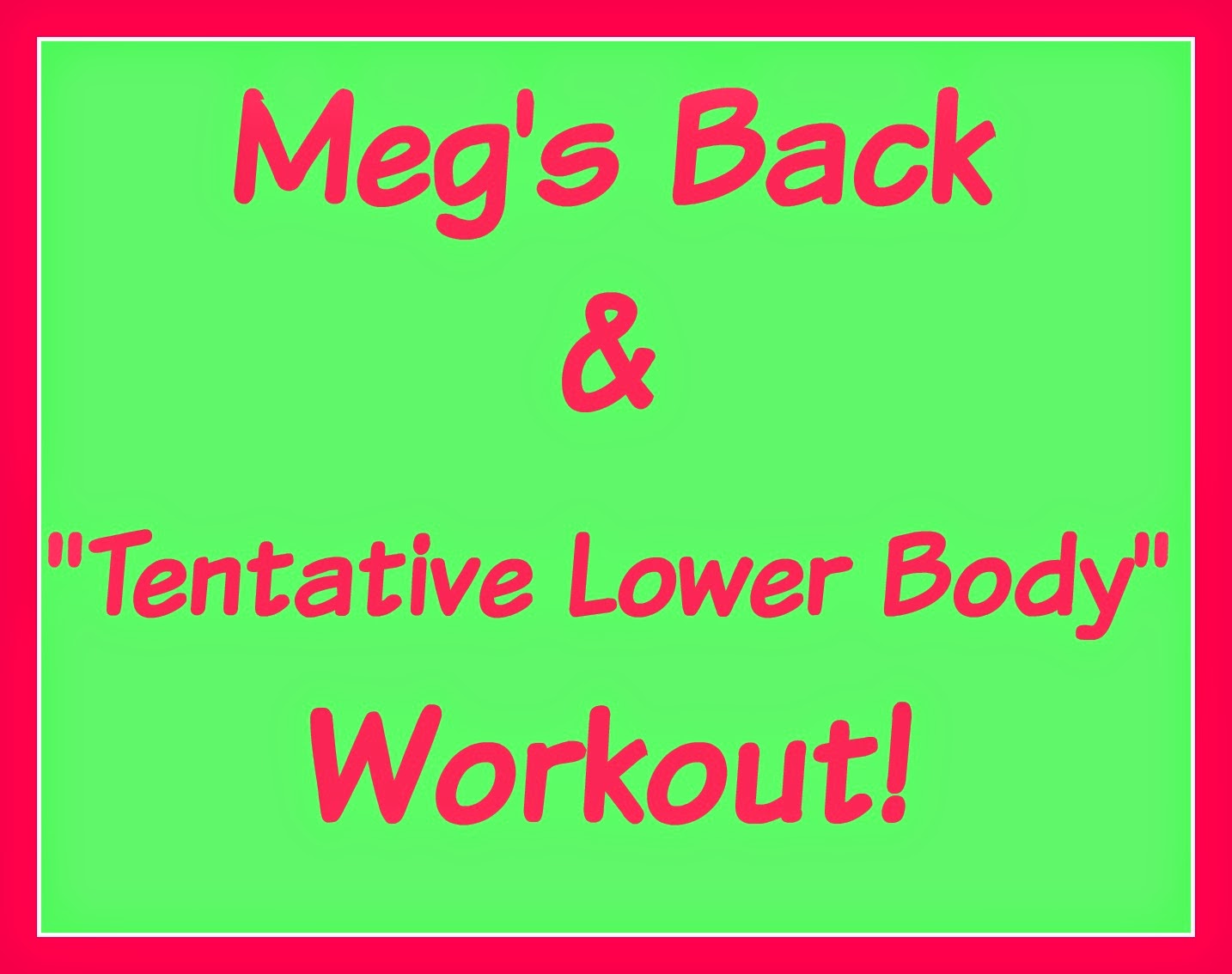 *Each circuit was done 4 times, except circuit 3**

After my workout, we had some grocery shopping to do. Our plan was to get some turkeys on sale. It recently dawned on me... turkey is a relatively lean meat. Why not take a break from chicken breast and do turkey for awhile!? To say we stocked up on some food is an understatement... 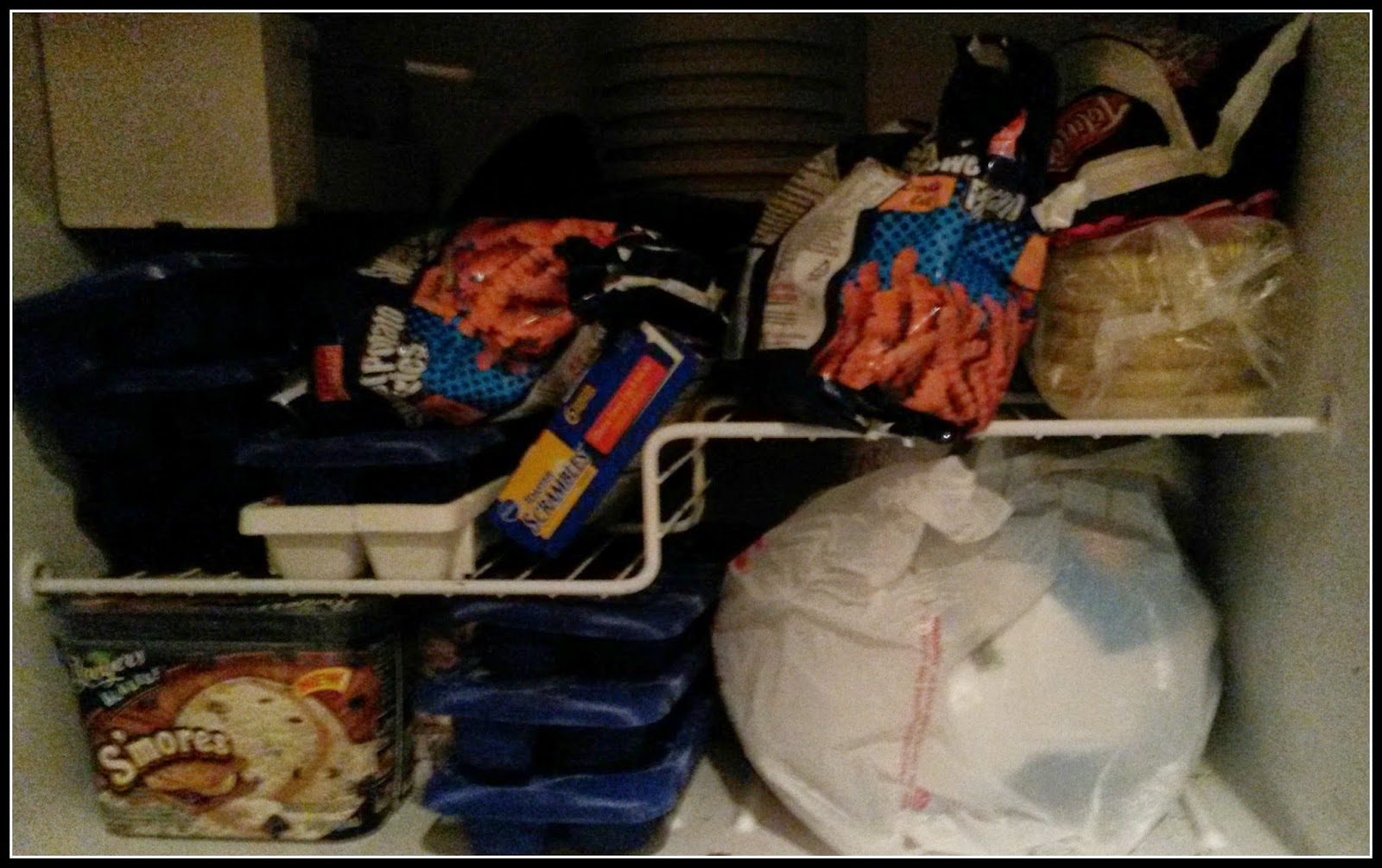 Can you find the turkey in our freezer!? 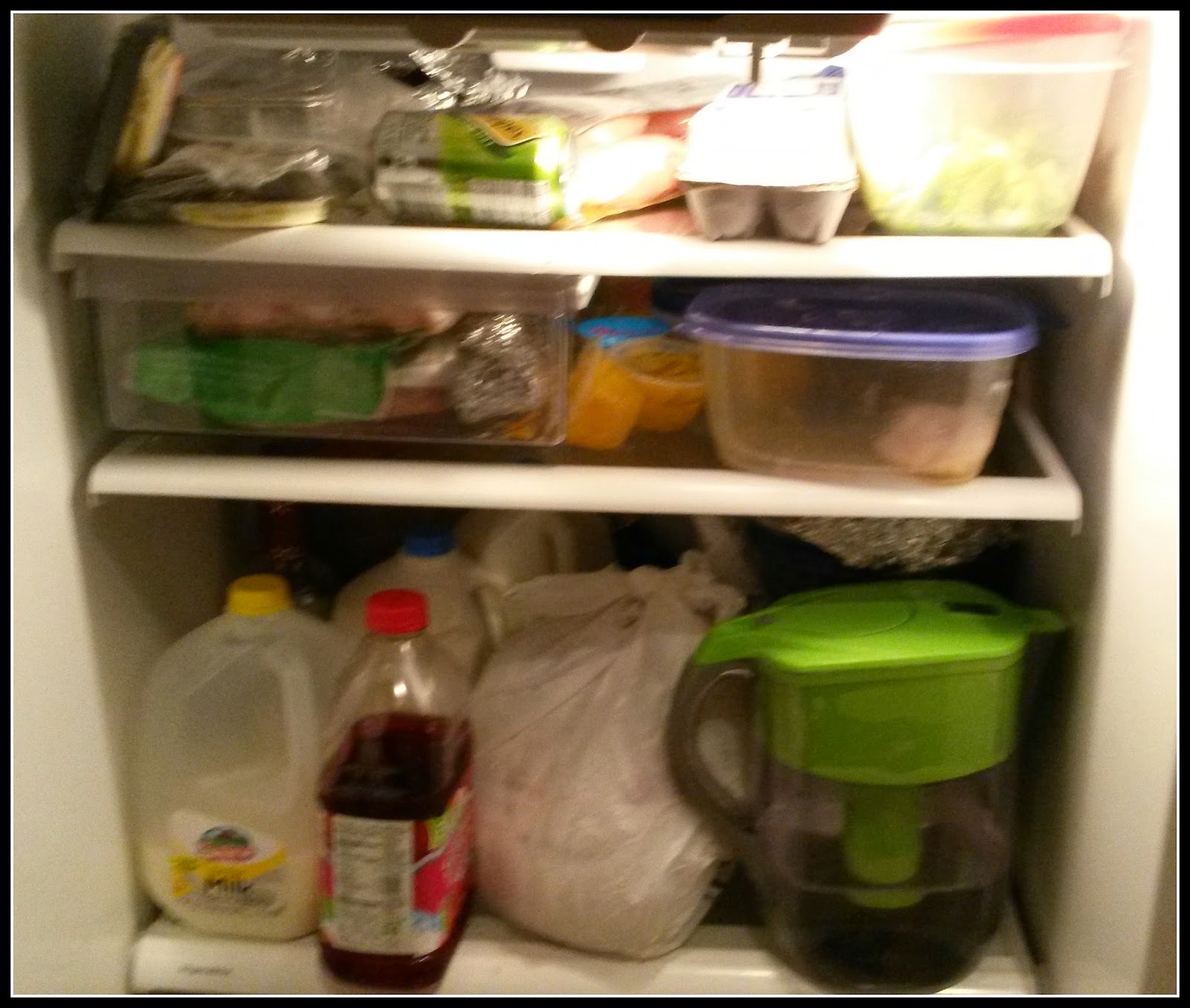 Can you find the turkey in our fridge!?


Then we headed to the theater to see Horrible Bosses 2. I thought the first movie was HILARIOUS. Unfortunately, the sequel SUCKS. First of all, I want to call Jason Sudeikis up and tell him that he is NOT FUNNY. Second, I want to ask Jason Bateman if he knows he plays the same role in every film?

Funny story though... On the way out of the theater, there was a huge cardboard advertisement for Dumb & Dumber To. There was a spot where you could get behind it and have your picture taken so it looked like you were riding in the van with Harry and Lloyd. I told Paul to take my picture, but to "do it quick and don't make a big deal about it". (I didn't want anyone to see a 32 year old woman posing in the mutt mobile.) Well, no sooner did I step up to get my picture taken, did Paul say really loudly, "Okay, now look here, smile for the camera!!!!" Oh my gosh I DIED LAUGHING he can be such a prick!!!!!! Here is the fabulous picture that resulted from my uncontrollable laughter at my prick of a husband!!!! (I say that with love, by the way!) 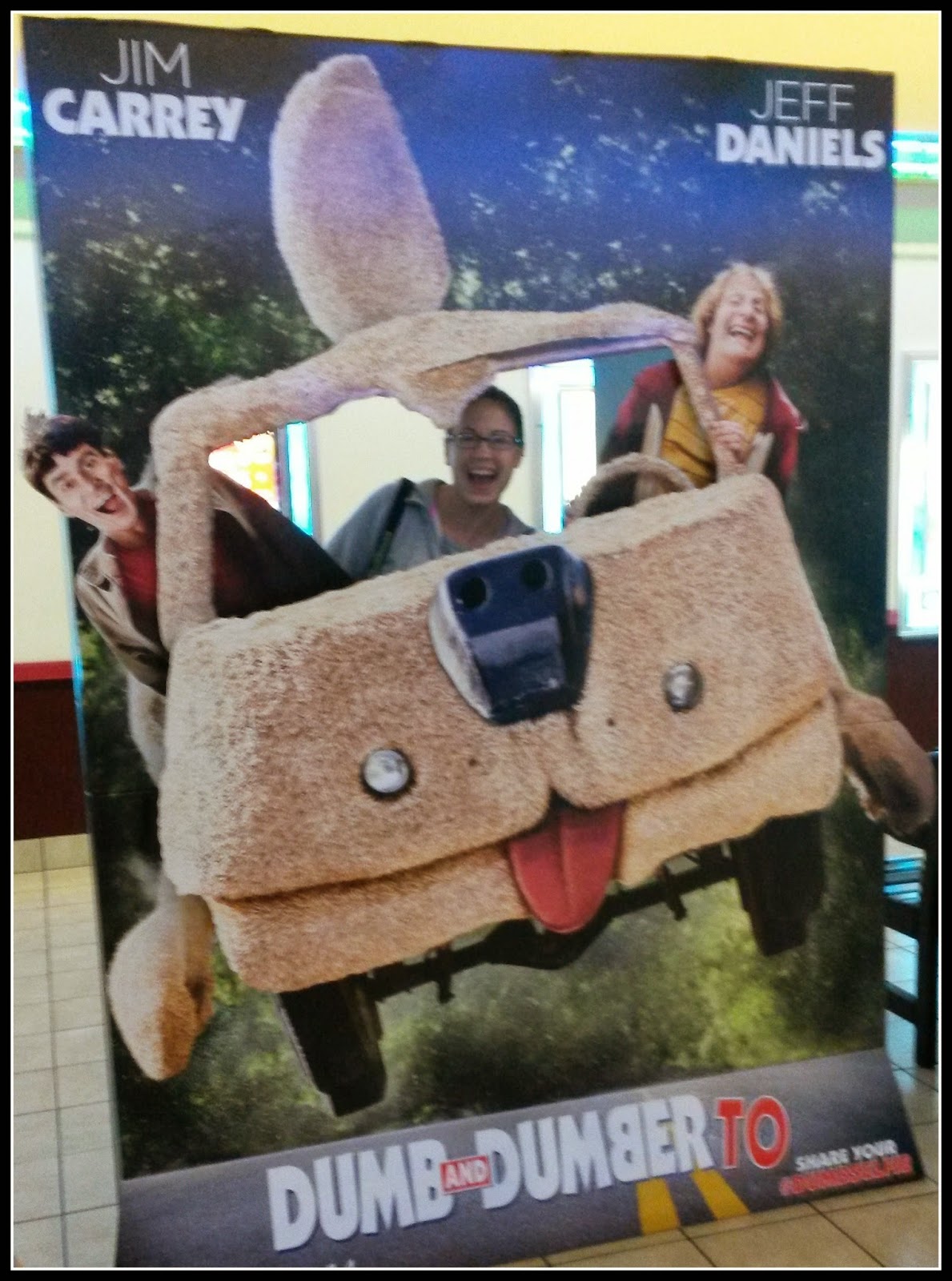 When we got home from the movie, we played several games of cards in which Paul beat my ass in every round. 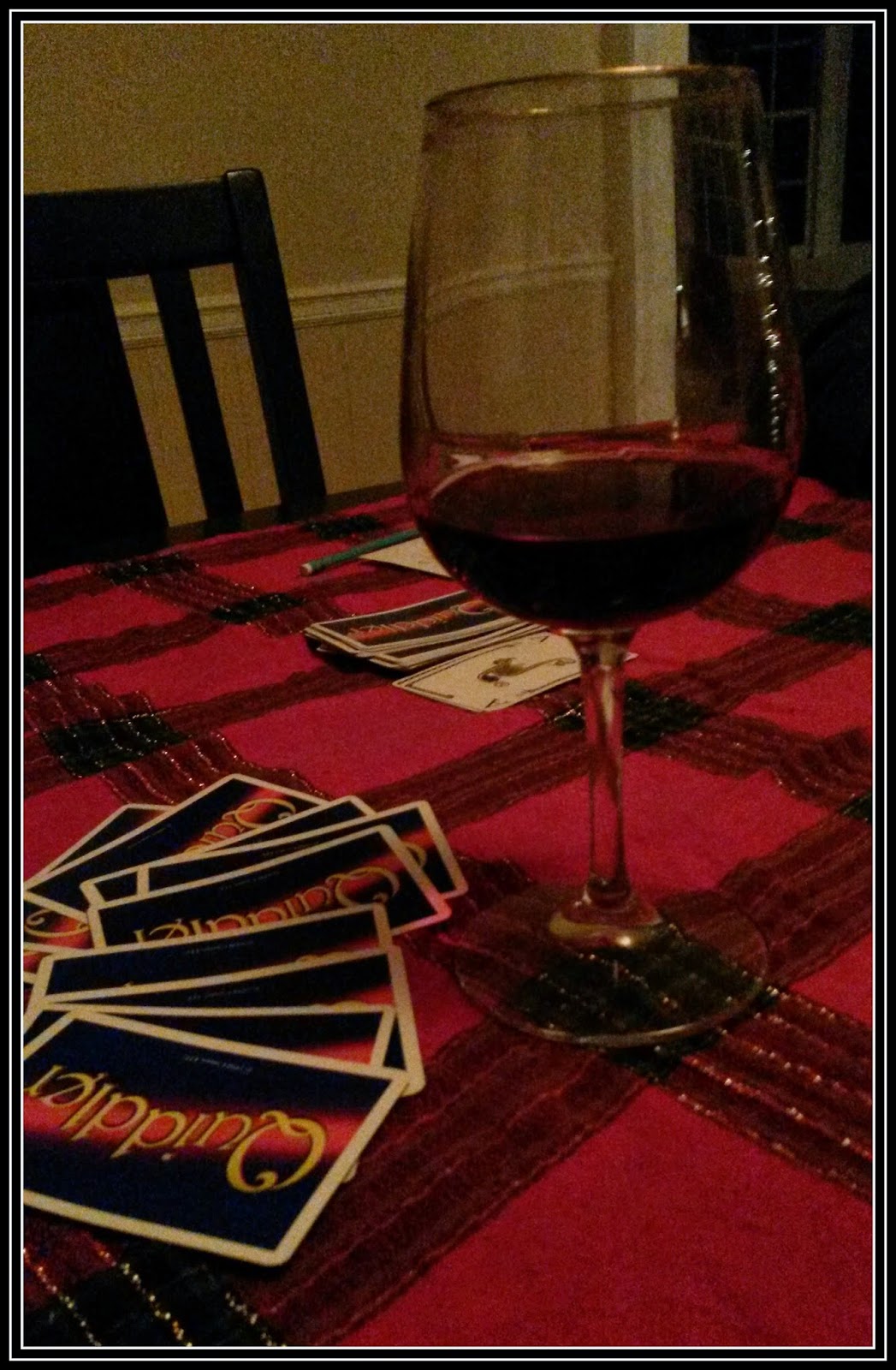 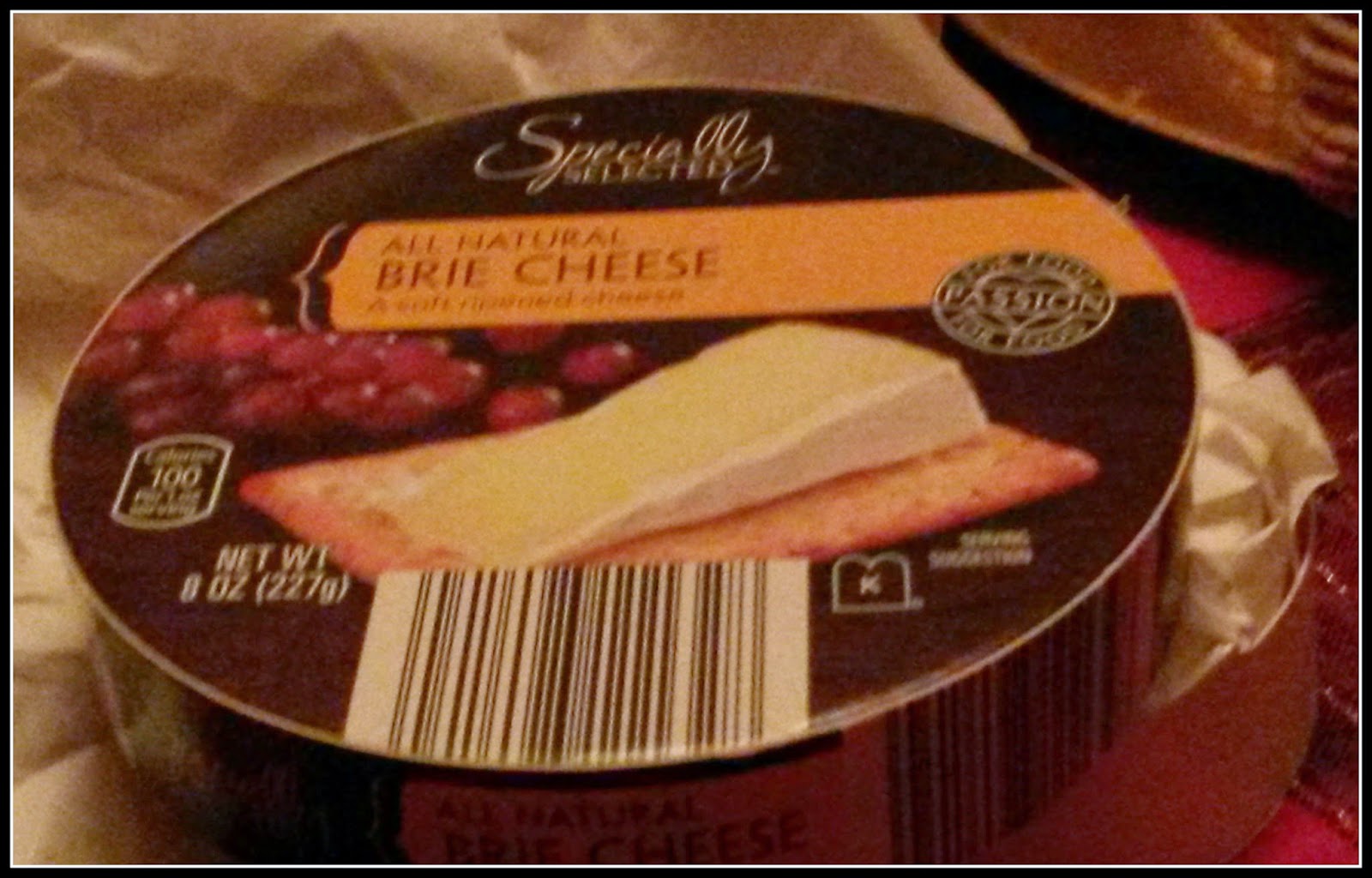 Hey, we eat Brie while we play cards now! So grown up! 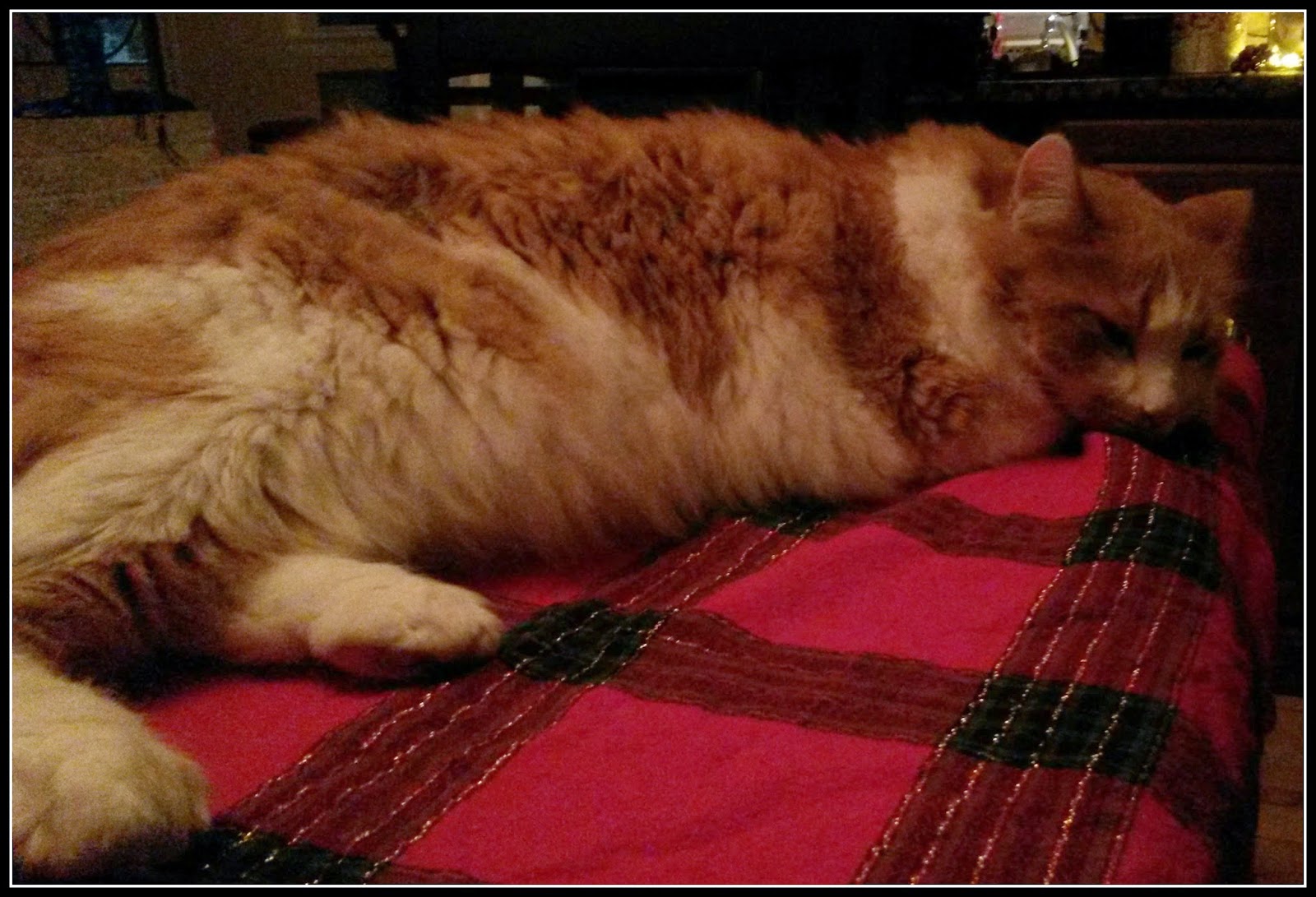 Chrissy begged for Brie, then gave up!

Well my friends, if you made it through this entire post and you're not my mom, kudos to you! I hope you had a fabulous holiday!

Oh, and I will also mention... my hubby got some GOOD NEWS on his MRI he got last week!!!! GLORY GLORY HALLELUJAH!!!! Now we can relax until the next one!

Did you have to go to two Thanksgivings?
Have you read The Giver?
Are there any films that you think are better than the original book?
Posted by Meg Go Run at 5:30 AM