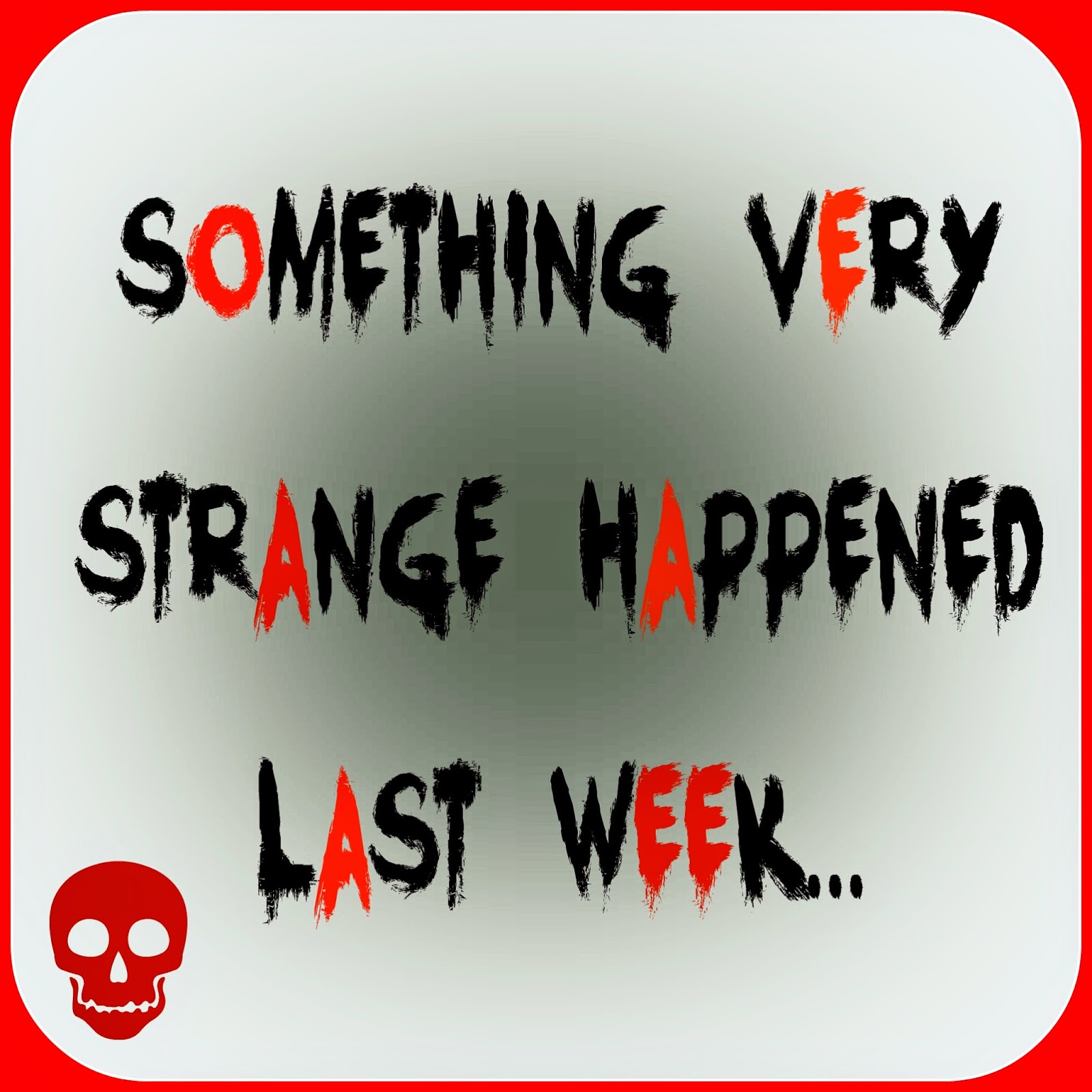 Something very strange happened last week. On Tuesday, Paul left the house at 7:00 am to go to Virginia with his family. They were staying overnight and would come home the following evening. I left the house at 7:15 am for work. Right before I left, I fed the cats. We keep their food and bowls on the dresser in our bedroom. I filled each bowl with 2 tbsp of dry food and set them on the floor. The cats ran in and started eating. When I left the house, they were still in the bedroom eating their food out of their bowls… which were on the floor.

When I got home from work on Tuesday, I knew I would have to quickly feed the cats before my first piano student arrived. (Normally Paul feeds them, but he was gone, remember?) I unlocked the door, quickly set my bags on the counter, and herded the cats into the bedroom for their food. I started filling their bowls, which were on the dresser. It only took about 3 seconds for me to realize… Wait a minute… why are the bowls on the dresser!? When I left this morning, they were on the floor!

I was extremely freaked out. Had Paul forgotten something that morning and come back to the house? Did he put the bowls on the dresser? Had he scheduled for a friend or neighbor to feed the cats during the day and just didn’t tell me? Or… was it something… else?

Let me just say that I absolutely do NOT believe in ghosts, but I was still freaked out! I called Paul. Not only did he not come back to the house after he left, but he did not ask anyone to feed the cats during the day. HOW THE HECK DID THE BOWLS GET BACK UP ON THE DRESSER?

I didn’t dare post about the incident on Facebook because the last time I posted about something strange going on in my house (we smelled cigarette smoke on 3 different occasions one weekend even though none of the windows were open), everyone who commented on my status said it was a ghost. This surprised me. I didn’t know so many people believed in ghosts! But they do. According to a poll I read on the Huffington Post, 45% of people believe in ghosts. That’s a lot.

Even though I don’t believe in ghosts, the thought of there being ghosts scares the crap out of me! I was mad that I had to spend the night alone in my house, but I made it through alive with no other weird activity. I chose to believe that I was the one that moved the bowls. I must have been so rushed when I got home from work that I didn't remember what I had done 2 seconds before. I think it is more likely that I had a brain fart than that there is a ghost in my house that stayed dormant for 6 years and finally decided to come out last Tuesday to move the cat food bowls.

I want to tell you why I don’t believe in ghosts. For all the ghost stories I have ever heard, I feel like there are several other more PROBABLE explanations for the strange occurrence other than it being a ghost. I know believing in ghosts is fun, but I think a lot of people jump to conclusions. Those are my own personal reasons. But that’s me. I am a skeptic. It is hard for me to believe in something in which there is no scientific evidence.

That being said… I LOVE THE PARANORMAL ACTIVITY MOVIES!!! They freak me out. And I would never, ever, ever, ever, ever watch one at home by myself. EVER. One of the scariest parts in the movies is where the wife gets out of bed in the middle of the night and just STARES at the husband while he sleeps... for several hours. Check it out. 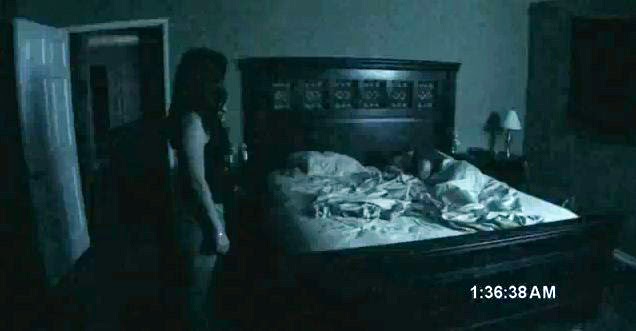 Omg I have chills just looking at this.

I told Paul that if I ever wake up and he is standing at the side of the bed staring at me, I will flip out. FLIP OUT, I tell you!

When doing research on ghosts (I know, I'm a nerd!) I found a new pod cast to check it! It's called Skeptoid. It's free on iTunes. So far I have listened to some interesting Skeptoid episodes about the Bermuda Triangle, Princess Diana's death, the fallibility of our memories, and of course... ghosts! (Spoiler Alert: The Skeptoid does not believe in ghosts. SHOCKER!)

Why do you/don't you believe in ghosts?
Do you have a ghost story to share with us?
Is there a movie that you WILL NOT WATCH when you are home alone?
Posted by Meg Go Run at 5:30 AM