Allow me to catch you up on some random things going on in my world...
(These are in no order of important!)

The Harrisburg Patriot News does a “Go” section on Thursdays. It lists things to do and entertainment for the upcoming weekend. We do not subscribe to the news, or this section, but a couple weeks ago they started throwing it at the end of our driveway in a blue plastic bag. They do it to our whole neighborhood. IT IS SO FREAKING ANNOYING. Why are they just allowed to throw stuff on our property? I end up having to go out and throw away the plastic bag and put the newspaper in the recycling bin.

So after two weeks in a row of getting this LITTER thrown at the edge of my driveway, I called the newspaper and asked to be removed from their delivery route. The lady on the phone was very nice and removed me from the list. 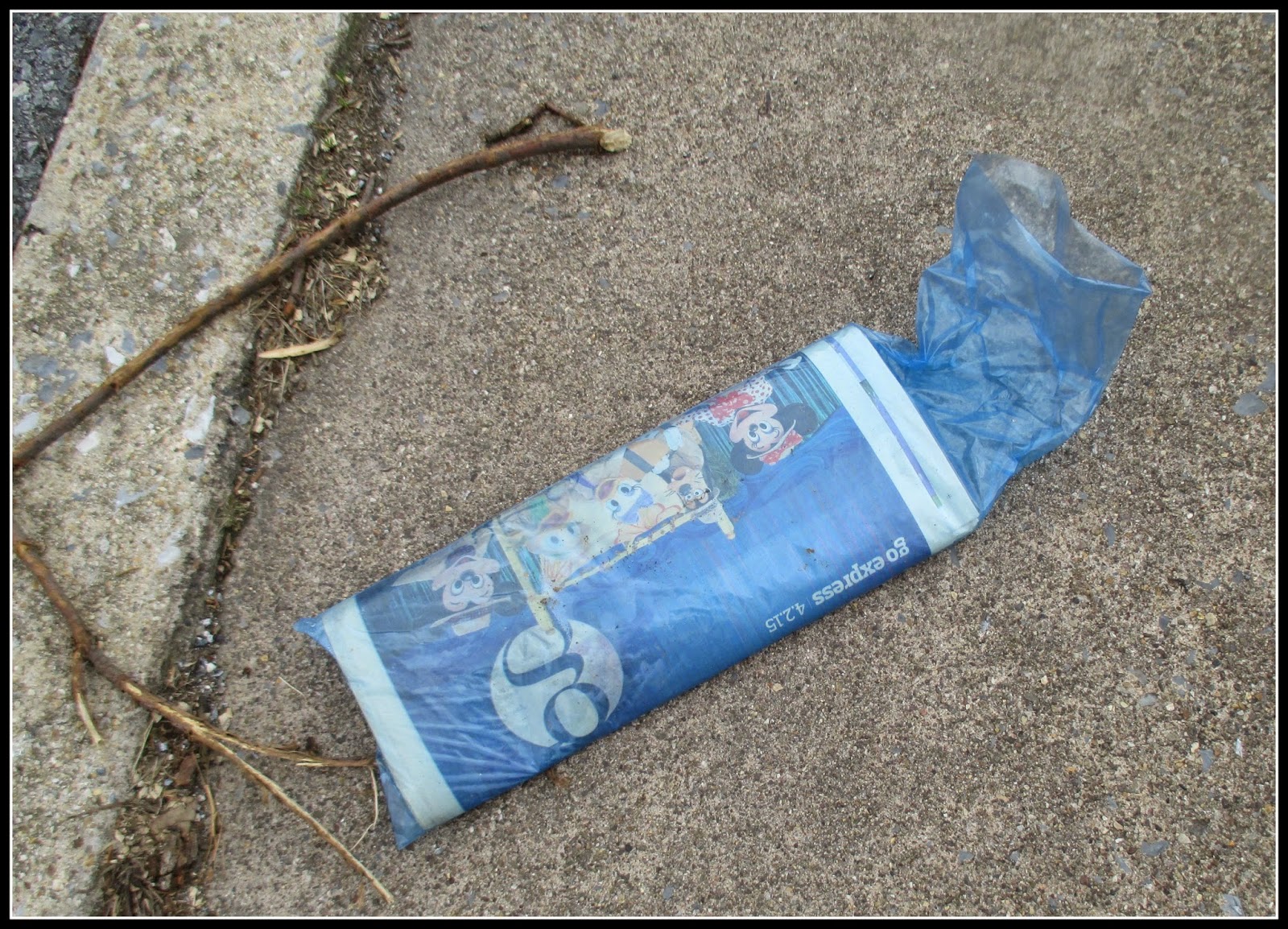 Of course that is not the end of the story! A week later, we got the Go section AGAIN!!! I was ticked. So I called back. It was a different lady. She asked for my phone number. I said, “no thank you.” This totally threw her off. She said, “Excuse me?” (I love when businesses ask for my phone number and I throw them off by saying "no thank you".) I was really stern this time and said that this was the second time I had to call to be removed from the list. We'll see if they actually remove me from the list or if I will have to call again next week!

Remember how I was having a ton of trouble sleeping? Well for several weeks I have been taking 25mg of diphenhydramine before going to bed. It doesn't help me fall asleep, but it helps me fall back asleep when I am woken up in the middle of the night. This is key, because some nights I am woken up three or four times by Paul snoring or the cats. But I am now able to fall right back asleep with no problem. The only down side to this is that when my alarm goes off in the morning, I never feel well rested. I always feel like sleeping more. However, once I am out of bed, I am no longer groggy. I plan to keep taking 25mg until the school year is over. I am hoping I don't need it during the summer. 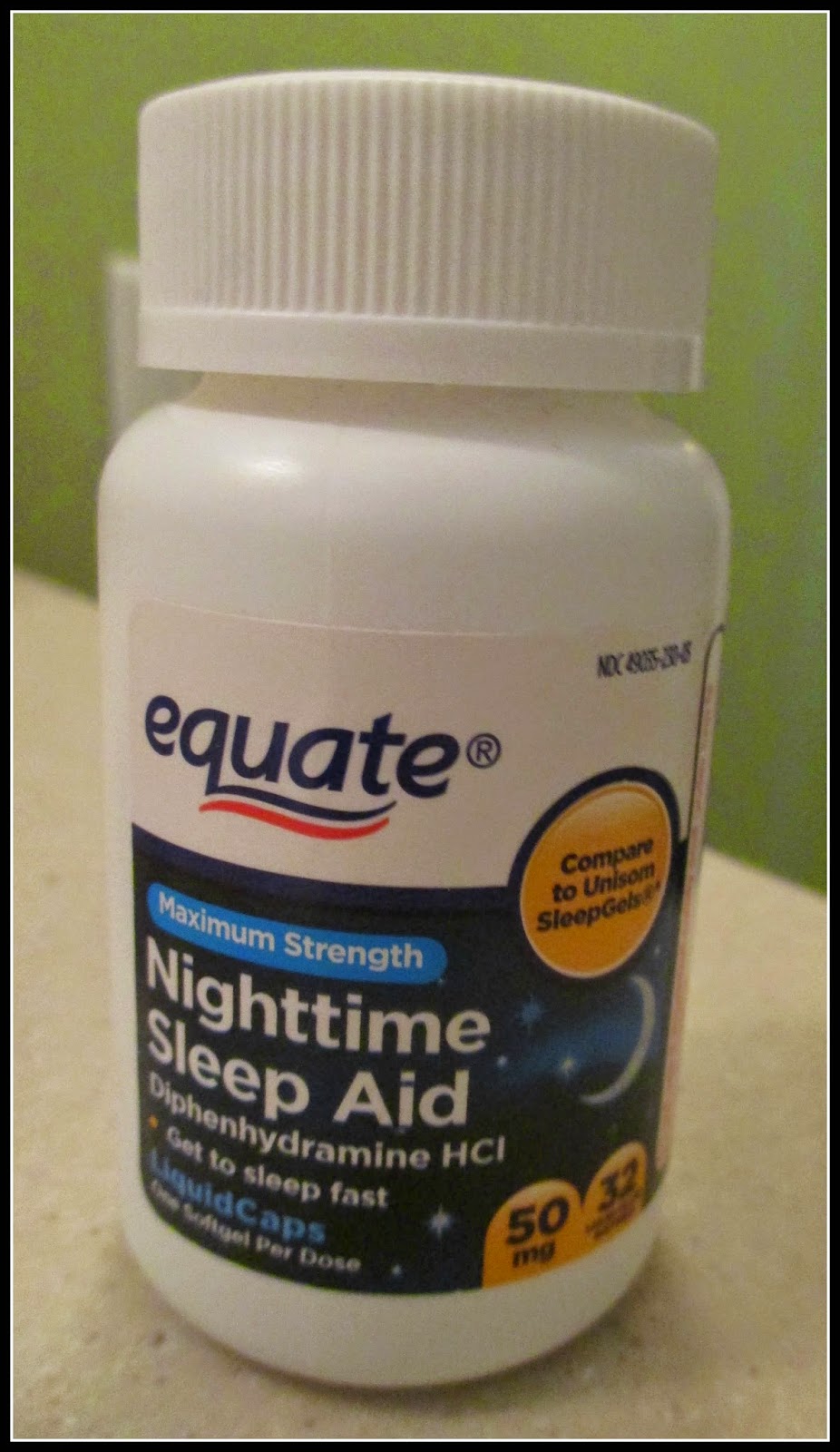 Chrissy is on a rampage.

With the warm weather finally here, we have the windows open as much as possible. I love the outdoor smells, the sounds of neighborhood kids playing, and of course I love making the cats happy! The bad part is whenever Christmas gets a whiff of the outdoors, he goes on a peeing rampage! It forces me to get out my nighttime trail running flashlight to search for pee spray on the walls. The depressing part about that is that I used my flashlight for trail running two times and I used it for finding pee spots a million times. 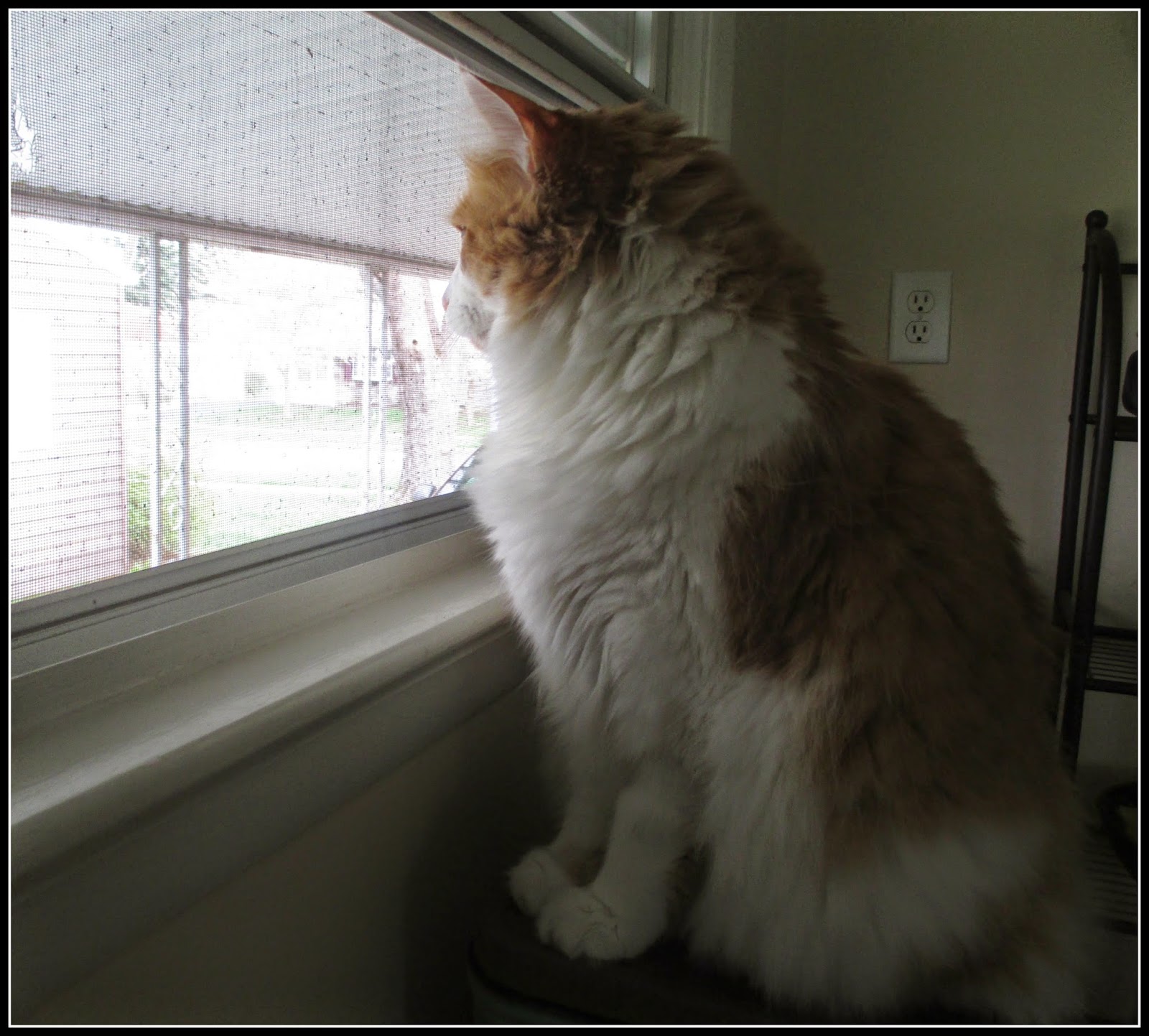 There's not too much to say on the knee issue. I have gotten all IT Band pain to go away, so that is good. Whenever my knee hurts, it is my actual knee pulsating. I am wondering if it is still healing from surgery a year ago? I know that sounds dumb, but is it possible to have inflammation from surgery that happened so long ago?

I started a 1,000 piece puzzle almost two weeks ago. Here is a picture of my progress so far. 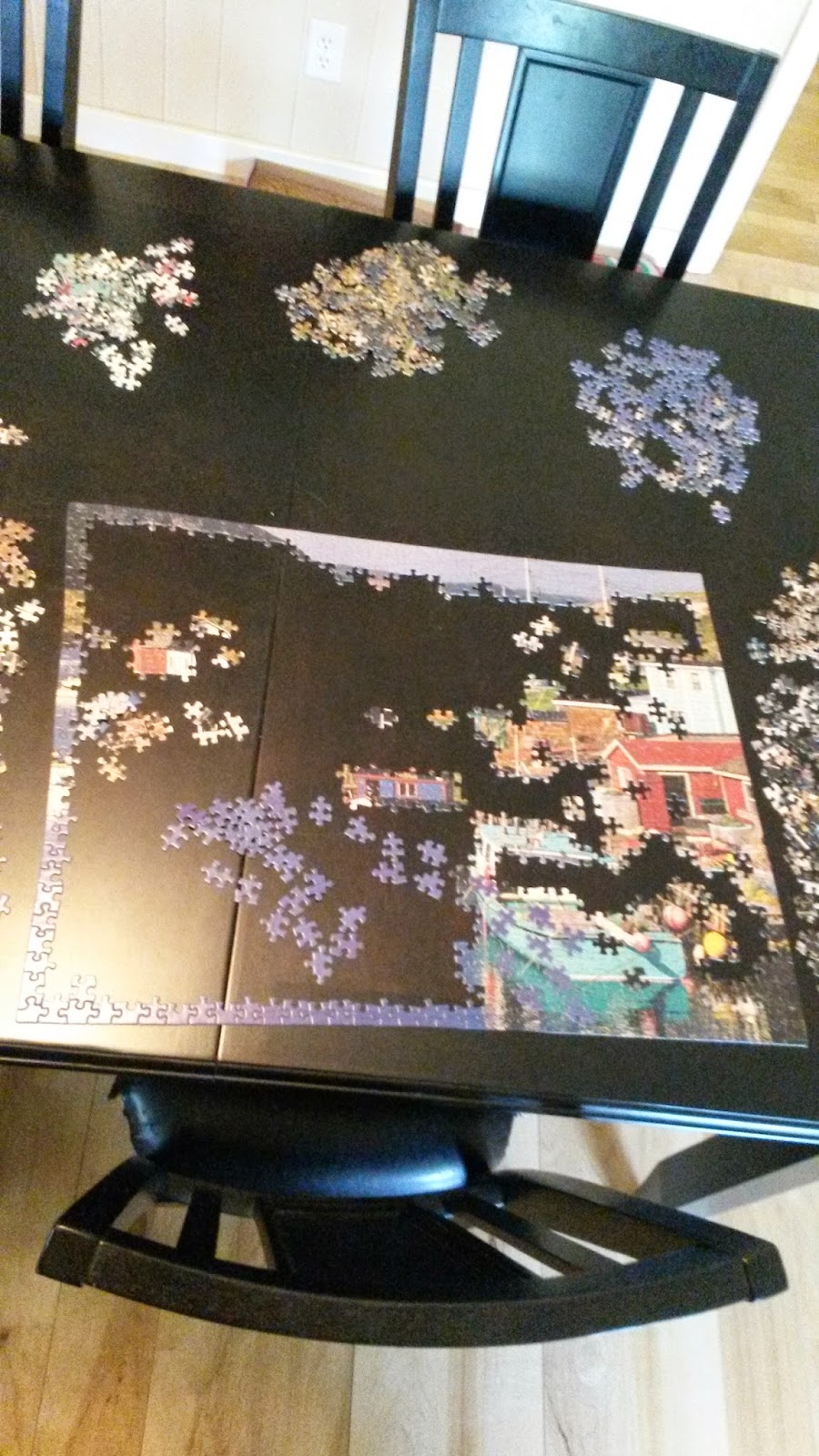 Grilled chicken has changed my life.

I eat A LOT of chicken. It is my main source of protein. I can't remember the last time I looked forward to eating it... until Paul started grilling batches of it for me. Oh my gosh, it tastes so good now! I actually look forward to it- even when I have to eat it cold at 7:30am as part of my breakfast after I lift! 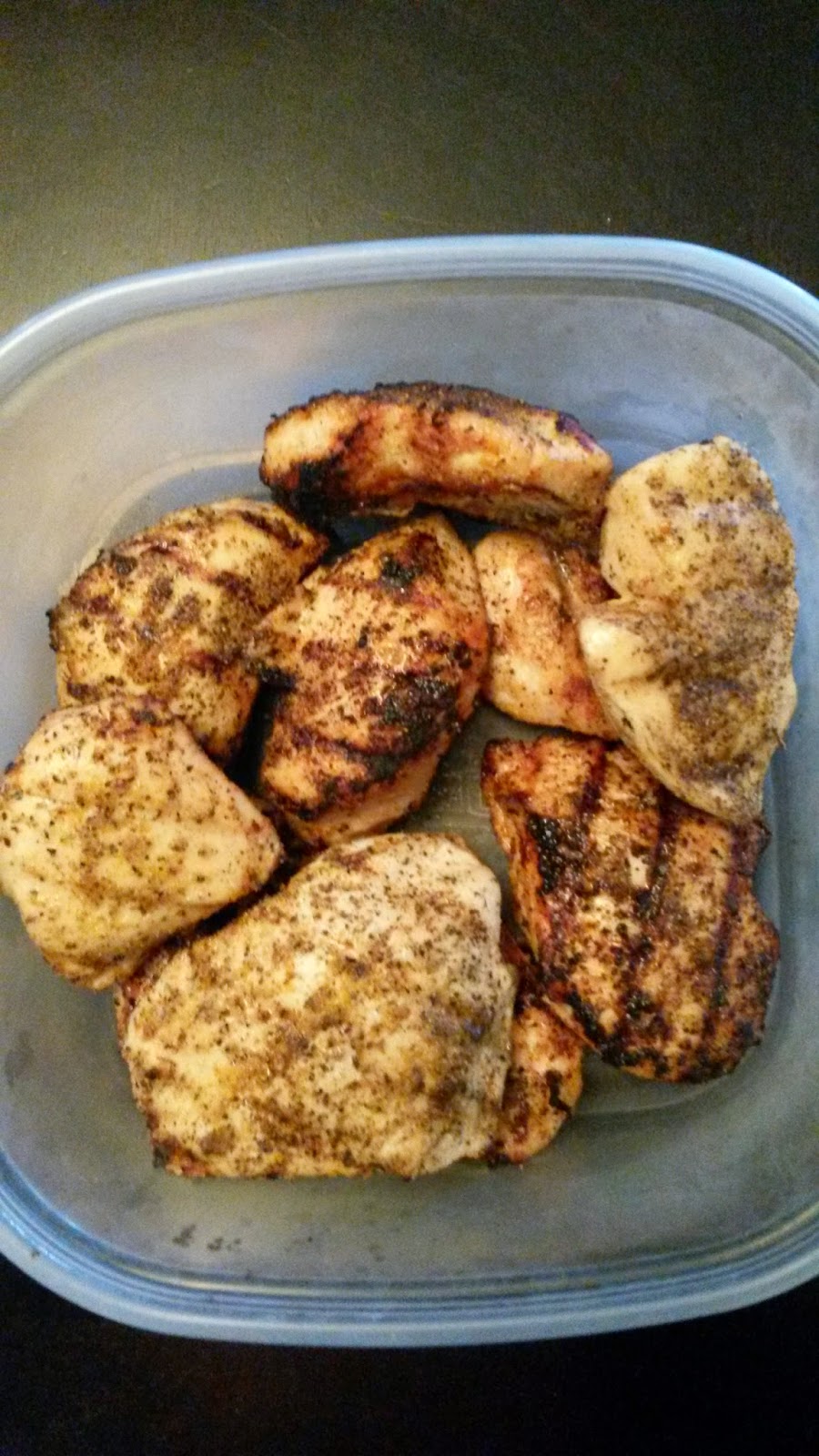 Tell me something random and catch me up on what is going on in your world!
Posted by Meg Go Run at 5:30 AM