Happy Monday!
I'm hoping this week will be better than last!

This was the first day in over a week I woke up feeling better. Thank goodness! I think I ran two miles and then did a deck of cards workout. I'm sorry, my workouts have been running together this week!

Work was SUPER busy. I really didn't get much of a break because during my lunch, a student owed me recess, and during my plan period, some third graders had to stick around to finish some work. Not fun.

After work, I stopped by Debby's so she could give me a haircut. I love chatting with Debby and of course seeing my nieces and nephew while I'm there. Clark just recently started calling my Auntie Megan, and it is just soooooo lovely to hear!

Ellie and Clementine sent me home with some beautiful artwork! They are now on my fridge. 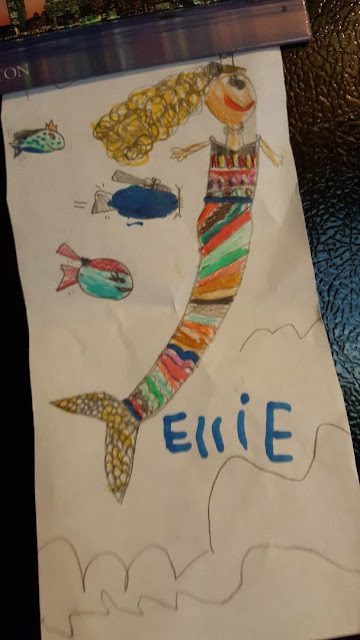 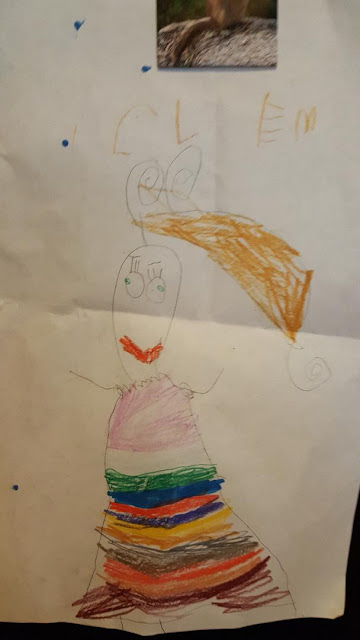 That evening, we went to The Millworks to celebrate our friend Lauren's birthday! We had so much fun meeting new people and celebrating our friend. The restaurant was awesome too! The food and the vibe was really cool. They even have a rooftop biergarten. Inside, 32 regional artists have studios where they work as well as sell their merchandise! We didn't have time to walk around and look, but we definitely will next time. 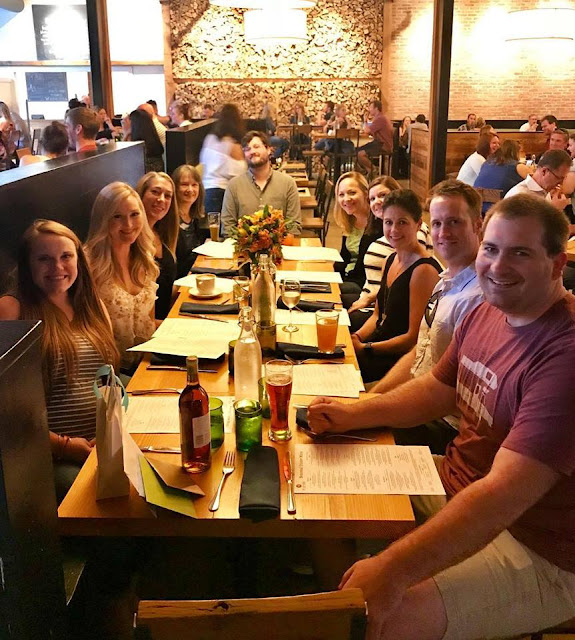 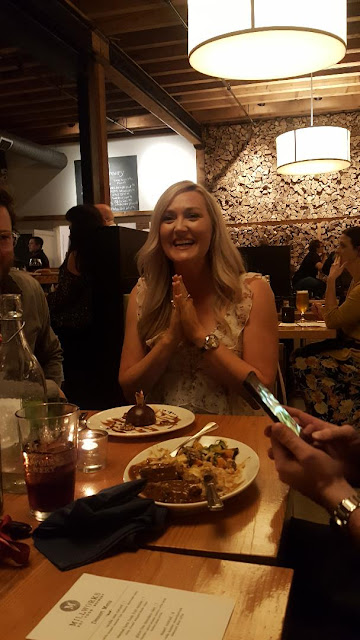 We got home pretty late and my throat was raw from jibber jabbering all night!

Note: This Millworks was VERY hipster. When we were leaving, I saw a girl sitting at the bar KNITTING. I shit you not! It was the weirdest thing I ever saw at a bar.

Well, I didn't run the half marathon I was supposed to run this morning. I literally lined up at the start line and walked away with one minute left. It was a very, very, shitty morning. 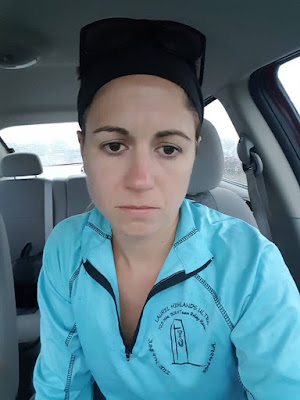 When I was almost home, I realized that my favorite Zumba instructor was teaching a class in 20 minutes. So I went to Zumba to cheer myself up. It was a good idea. A Zumba class with ZumbawithCat is good for the soul!

That afternoon, I dropped some flowers off for a friend who is dealing with a really tough situation. I wanted to brighten her day. 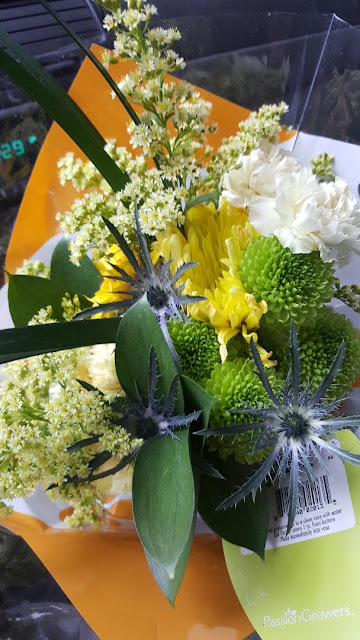 The rest of the day was spent just lounging on the couch and watching TV. I never do that. But it's just the kind of mood I was in. I got to catch up on all the new episodes of The View from last week. There is a new girl named Abby Huntsman, who I like so far. I think she is supposed to be on the conservative side. Meghan McCain isn't back yet, which actually makes the show so REFRESHING. Meghan tends to be overly serious and really sucks a lot of the fun out of the conversations the ladies have.

I SLEPT FOR 16 HOURS!!!! No sleeping pill needed. This sleep was powered by pure exhaustion. I had some crazy, crazy dreams...

When I woke up at 11, it was a dreary, rainy day. Yuck! I relaxed and watched the Sunday morning news shows while sucking down so iced coffee.

That afternoon, I hit the treadmill at Planet Fitness and did 8 miles! My back started feeling tight at mile two but it didn't get any worse and it wasn't pulling on anything else, so I just kept going. I pushed myself and ran a mile at an 8 minute pace and a couple at a sub 8:30. For someone who has been running around a 9 minute pace all summer, this was pushing it for me! I felt so accomplished for tackling those miles.

That evening we went to see our friend Randy perform in his improv group's 8th year anniversary show. The Oxymorons were hilarious! If you live in the Harrisburg area, you have to check out a show! 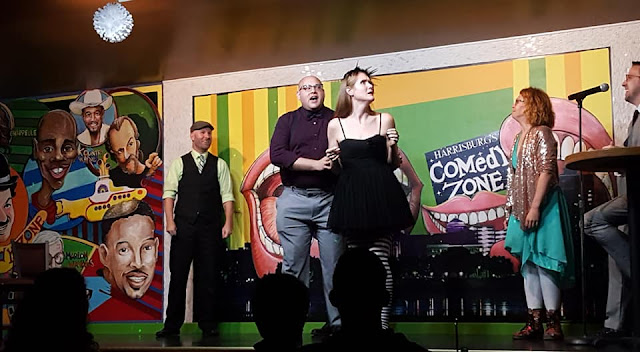 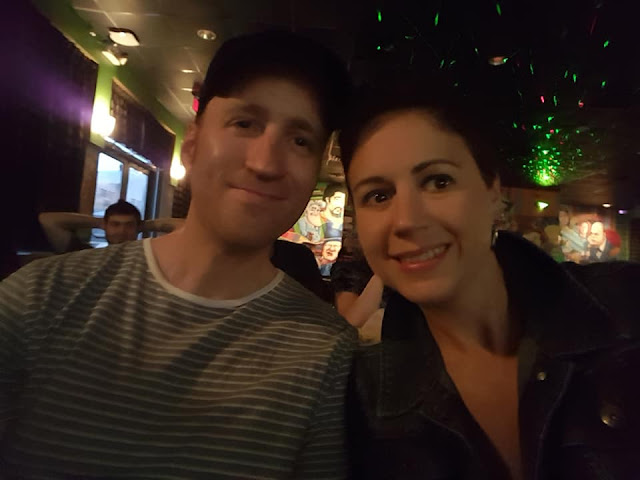 Well, I guess I'll try to go to bed. It's 10pm, which is much later than I normally go to bed, but with my epic sleep fest last night, I'm not tired at all! Watch, I won't sleep a wink tonight and my week will start off on a TERRIBLE foot. Just watch...

Why are tampons so expensive?
What's the longest you ever slept?
What's the weirdest thing you ever saw at a bar?
Posted by Meg Go Run at 5:30 AM