I had a half day of work on Wednesday because I had a doctor appointment. That gave me time to do my run on the Appalachian Trail!

I parked on Sherwood Drive and ran South, a bit past the bridge that goes over 81, and then I turned around and went back the other way.

I was wary of going North because it is a long section without a road crossing, but when I got to my car, I saw a woman with her dog heading North, so I decided to tack on a mile at the end going North. That's how good I felt. It was an AWESOME run!

Going South, it was very, very muddy. Even when I got into the fields, there was mud. I know some people don't like getting their feet soaking wet and muddy, but that's just how it goes on the trail. It doesn't bother me. You can't get wetter than wet or muddier than mud.

When I went North past Sherwood, it was a lot less muddy. I could have easily gone more than 7 miles, but I don't like running trail alone and I was on a bit of a time crunch.

The only bad part of the run was at the three mile mark when I turned around and snapped a picture... 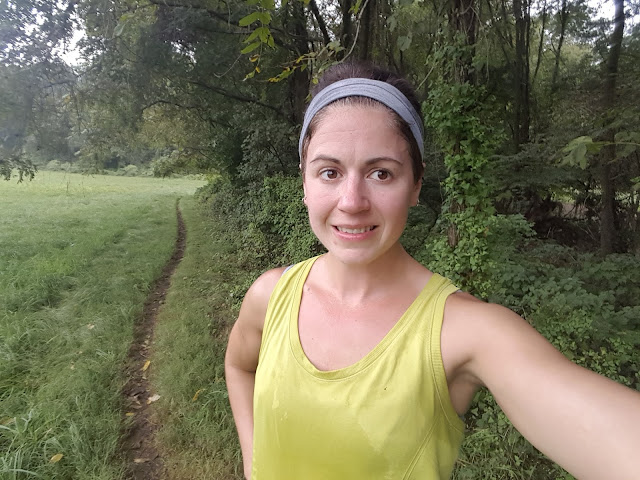 ... while I was getting bit by like 20 bugs! It was terrible and my arms and legs itched so bad for the next two miles. I don't know how I survived.... 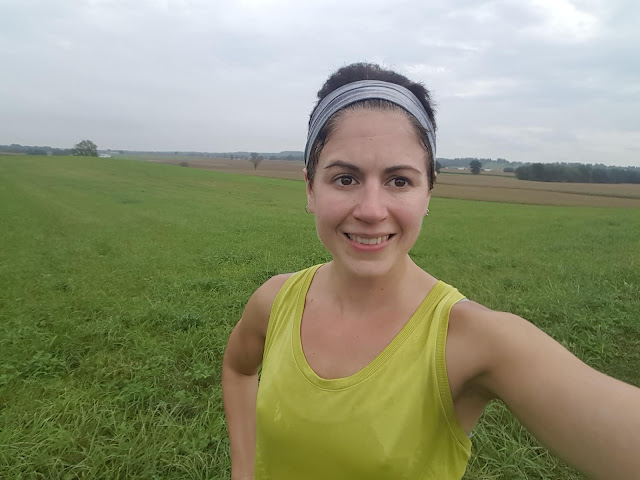 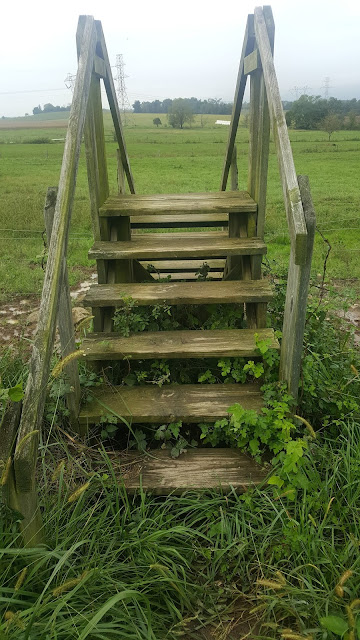 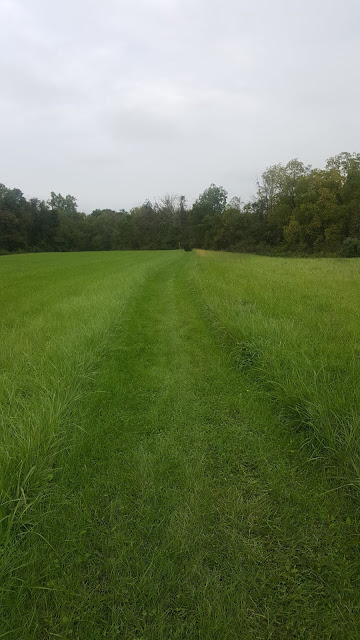 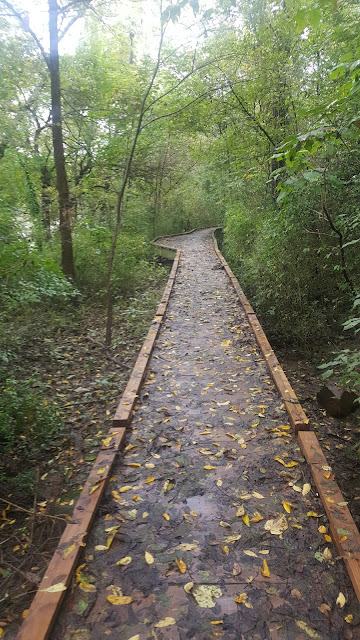 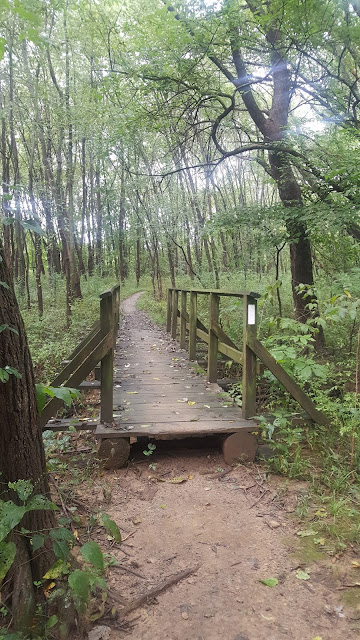 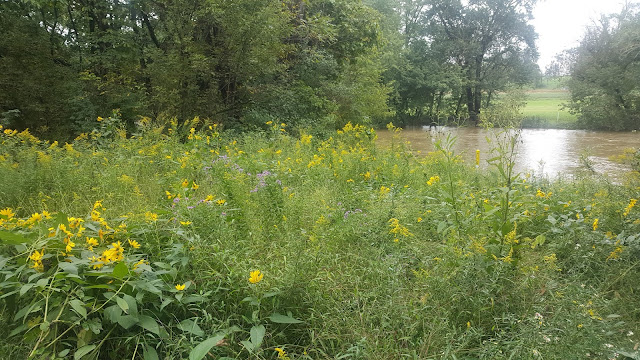 Later on in the evening, when I looked at my pictures, I was like, "Wow, it is so gorgeous!" That's when I realized... when I run alone on the trail, I am so hyper vigilant about the possibility of predators, that I can't even relax and appreciate the beauty of nature.

I will be honest, ever since I heard about the Delphi Murders, I have been very scared to run trail alone. Google it if you want to. But only if you want to be scared.

Tell me if you Google the Delphi Murders...
Do you get nervous to run/hike on the trail alone?
How was your Wednesday!?