Chrissy gave me a bit of a scare on the Friday before Labor Day! While I was cooking, he was hesitant to jump up on the kitchen counter. He is NEVER hesitant to do that. He would get ready and then just do a tiny jump because he bailed before his hind legs even got off the ground. Our counters are 36 inches high... but he was hesitant to jump up on the bay windows too, which are a bit lower. And he wouldn't jump onto the table, which is about the height of the counters. The couch gave him no problems, but you could still tell he was thinking it through before he attempted his jump.

This gave me terrible flashbacks of when our Basey Girl got sick. Suddenly, she wouldn't jump onto or off of things. A couple days later she started hiding and didn't want to be picked up. We took her to the vet and discovered she had a very painful tumor on her neck. There was nothing to do unless we wanted to take her to THE STATE OF THE ART animal surgery center in Virginia... and even then, they couldn't guarantee she would recover from the surgery. We had to put her down pretty quickly due to her being in pain. It was absolutely horrible.

I felt sick when I saw that Chrissy wasn't jumping. Of course I went to Google to figure out what it could be. Well, apparently cats could alter their jumping heights due to a lot of things...

Other than the jumping, Chrissy seemed like his normal self. He was eating, drinking water, purring, letting us pick him up, swatting at our legs when he was hungry, playing with his rope wand, chasing after treats... But cats are very good at hiding their ailments. They rarely let you know when they're not feeling good. Paul and I kept a very good eye on Chrissy on Friday and Saturday. He was being his normal, happy, hungry self. He didn't end up jumping onto the bay windows, but it didn't look easy.

Then, lo and behold, on Sunday morning, WHOOSH!!! Up on the kitchen counter he jumped with absolutely no hesitation and no troubles!!! Then he jumped from the counter to the island (44 inches away) and the island to the table (34 inches away). He jumped off the table and back up on it a little later. He seemed FINE! 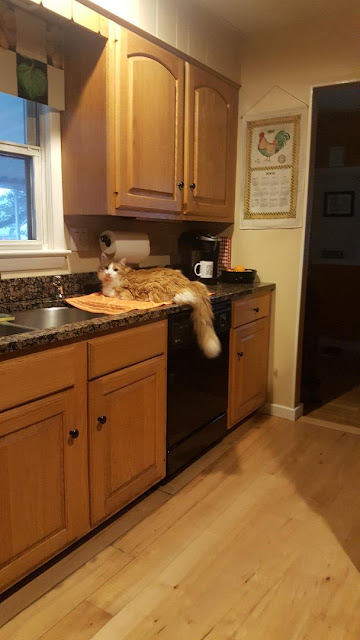 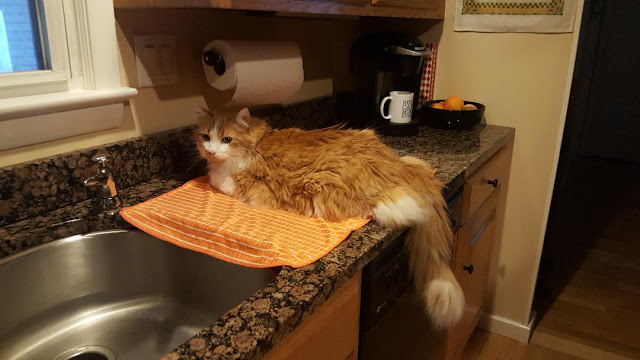 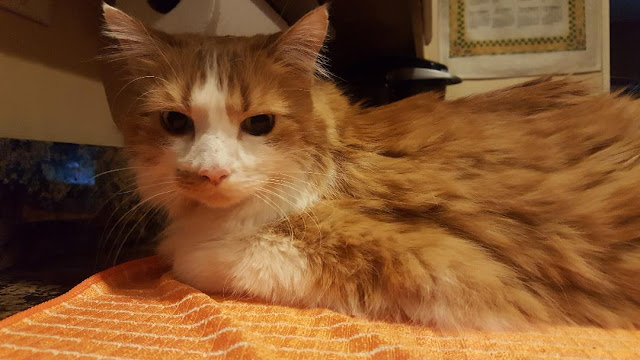 My heart relaxed. I have no idea why he wasn't jumping high for those two days, but I'm glad everything seems back to normal! I will still keep an eye on him and of course mention it to the vet when he goes for a check up soon. 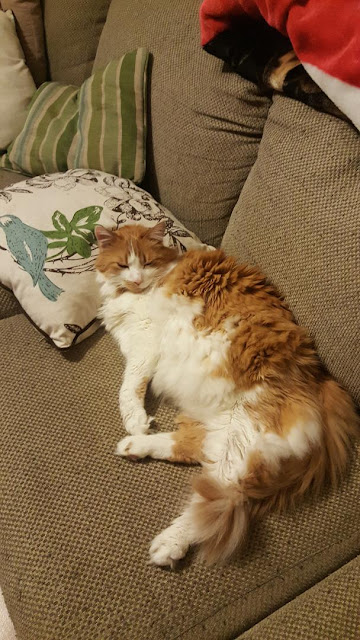 On a funny note, why is it that cats will find the most dangerous place in the house to lay down!? 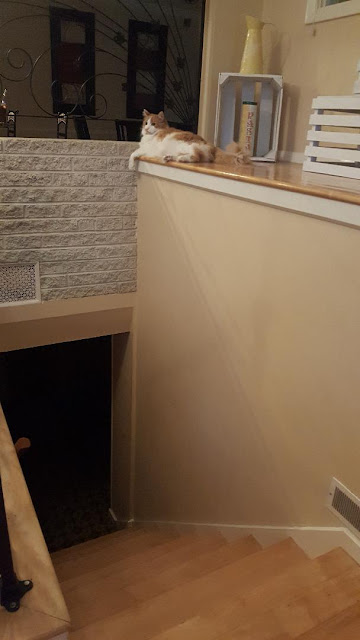 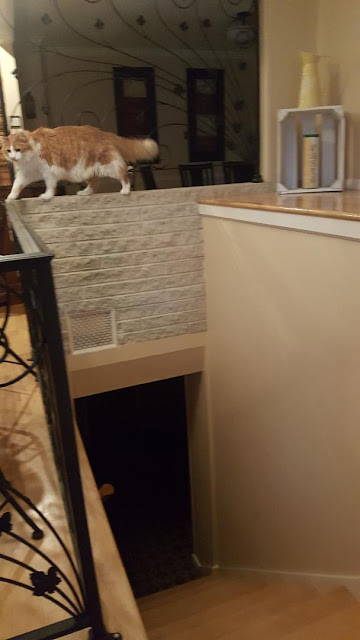 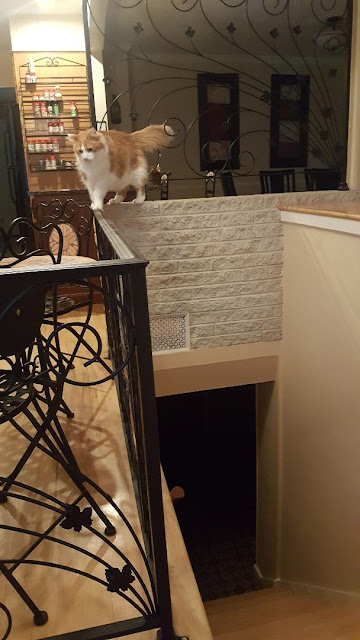