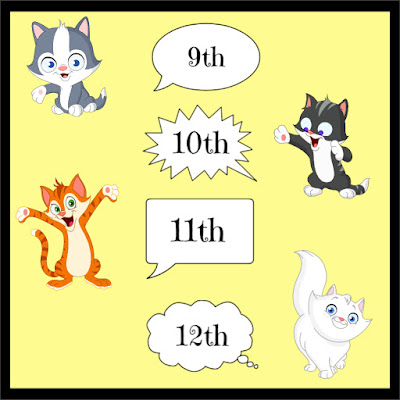 First of all, all of my high school memories run together. So let's get what you're really interested in out of the way first... The pictures! 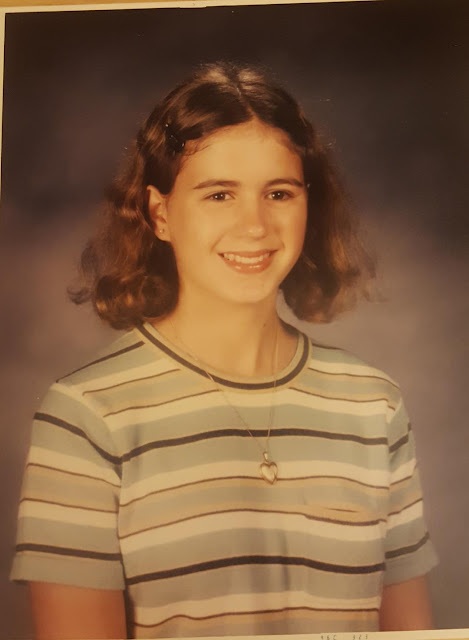 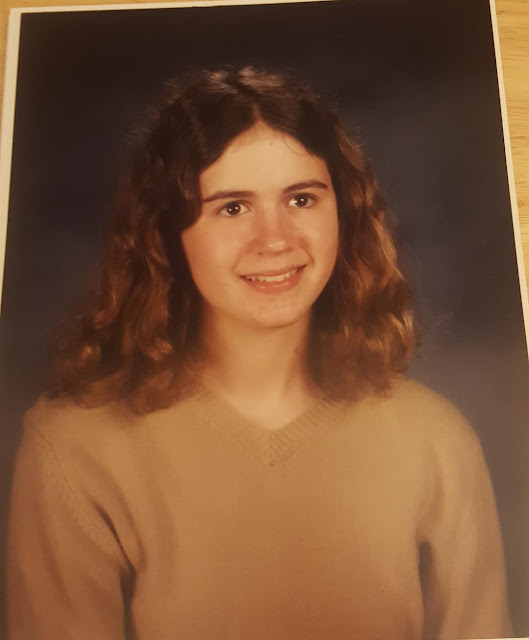 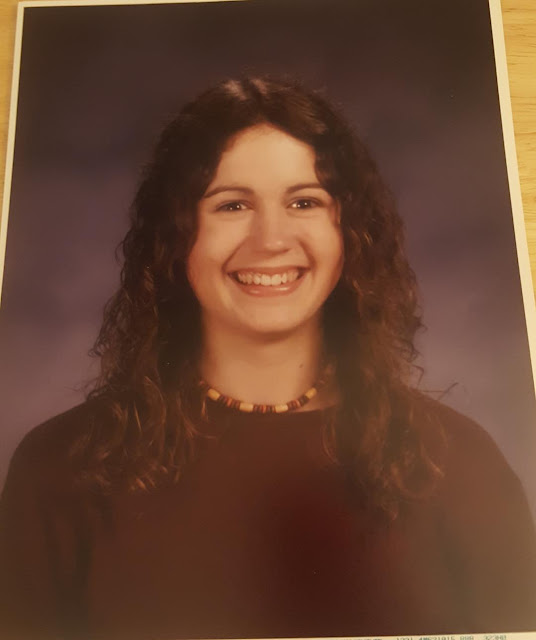 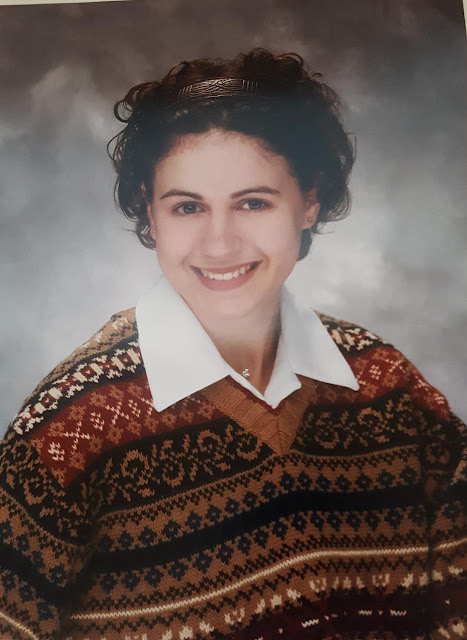 I have some great memories of high school... 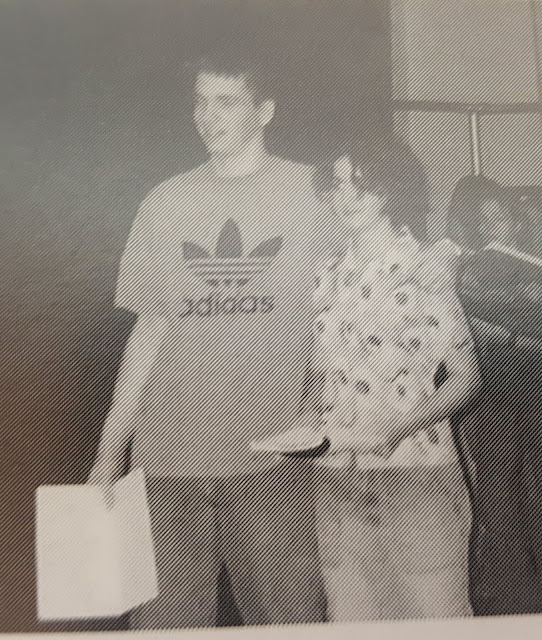 Me and Tom rehearsing for Anything Goes
2000 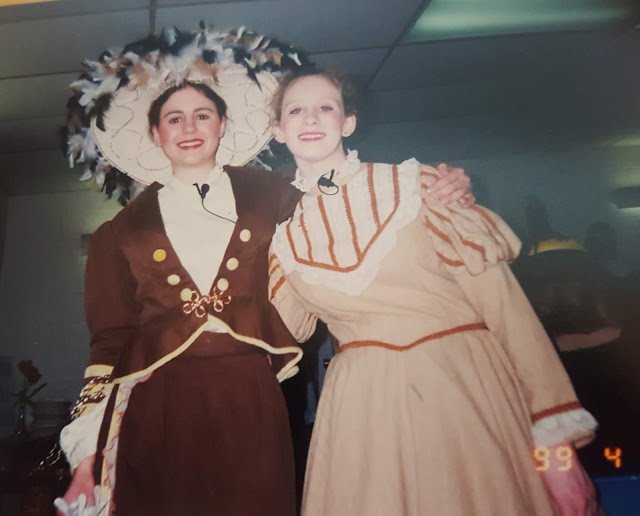 Me and Ashley backstage at Hello, Dolly!
1999

I got to wear some awesome costumes as Dolly!
1999

2. My senior year, I made it to District Chorus! The weekend I spent rehearsing and performing was so fun and at that point in time, it was the most advanced choir I ever performed with. You must audition for district chorus and I worked really hard learning the repertoire. A shout out to my voice teacher, Cindy Stence, who helped me get there!

3. I had my first boyfriend! During my senior year, I starting dating a boy from a neighboring school district. We had a lot of the same interests and mutual friends, so we hit it off right away. We dated for about two years and I was really happy. Besides Paul, he was the only other boyfriend I ever had. (Of course I dated guys in between the time my high school boyfriend and I broke up and I met Paul, but I wasn't exclusive with anyone.)

1. People making fun of me.
2. Marching band.
3. Science and math classes. (Even though I LOVED my math teacher, Mrs. Miller, I didn't like doing the work.) 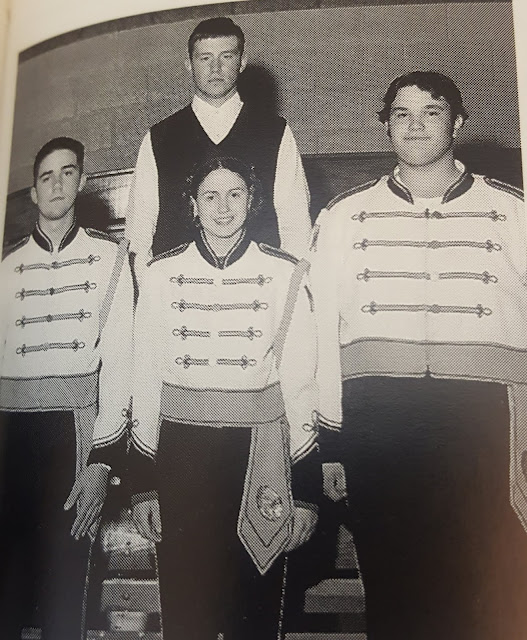 There were only four seniors in marching band!
2000

Here are some random pictures I snagged from my yearbooks... 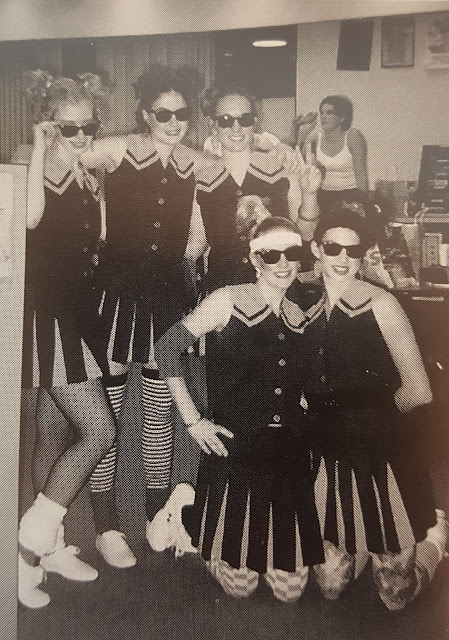 Ashley, me, Sherrie, Michelle, and Mandy won first place at our school's first annual Lip Sync Contest. Ashley and I choreographed a routine to Hey Mickey!
1999 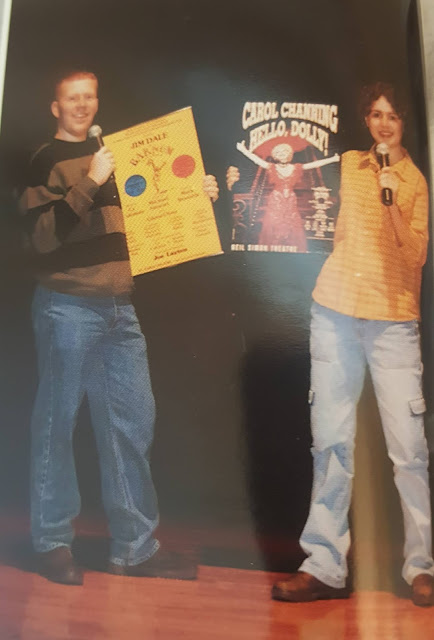 For the Senior Superlatives, Jared and I were voted "Broadway Bound".
Spoiler Alert: Eighteen years later, neither of us are on Broadway but we are both music teachers!
That's the next best thing, right? 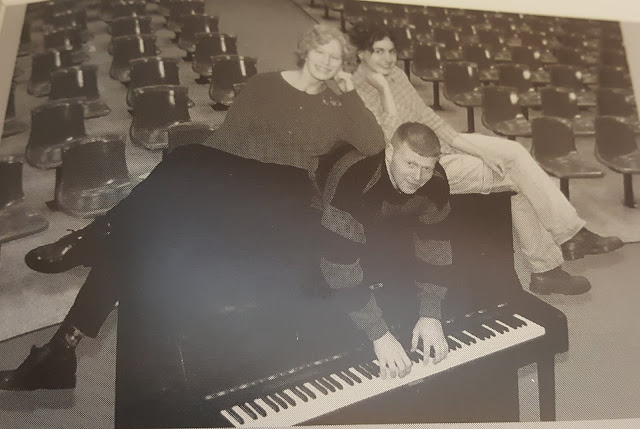 Ashley, Jared, and I posing for our senior yearbook.
The auditorium was our happy place! 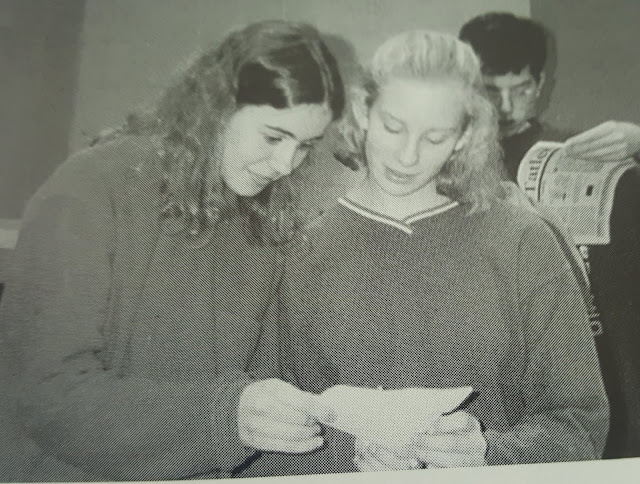 Me and Ashley posing for a yearbook picture about our school newspaper, The Tatler. 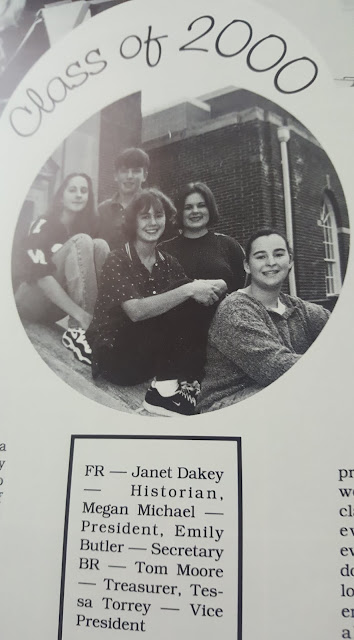 I totally forgot, I was class president my freshman year!
1997

Tell me a memory you have from high school!
Posted by Meg Go Run at 5:30 AM