Hey all! Yesterday I ran the Dam Half Marathon at RB Winter State Park! Here's a quick and dirty recap for you...

Spoiler Alert: I did a surprisingly good job! 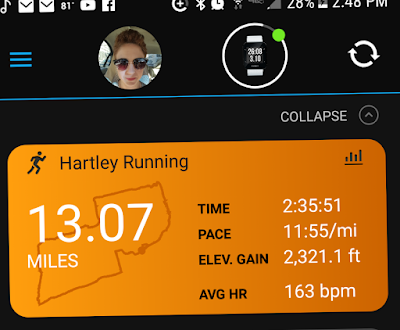 Since I am super organized, I had everything packed the night before... 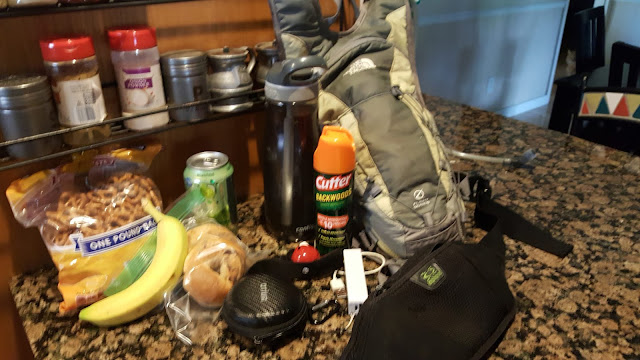 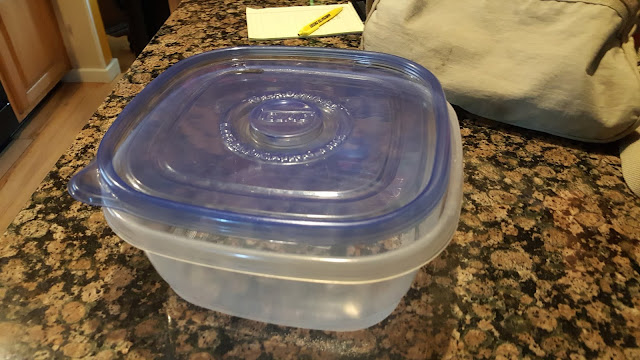 I am normally not hungry right after a race, but the Dam Half has some Dam Good post race food. So I make my plate, take it to my car and put it in this container. Makes eating on the way home (when hunger strikes!) easier. There's a race hack for you!

I love the early morning drive up to Mifflinburg. I left at 5:30, which would give me plenty of time for bathroom stops... I'm a nervous racer! 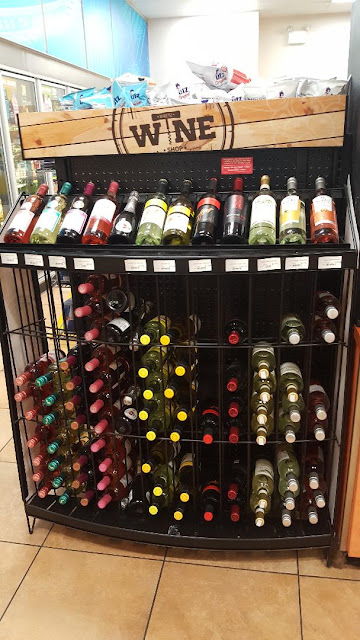 Sheetz (gas station) sells wine now! Out of state readers: PA has VERY strict liquor laws so the fact that there is not wine in a gas station is AMAZING!


The car ride made my lower back hurt, but I got to the race with plenty of time to lay out a towel in the grass and foam roll and stretch. I didn't care what people thought. I even did happy baby pose. 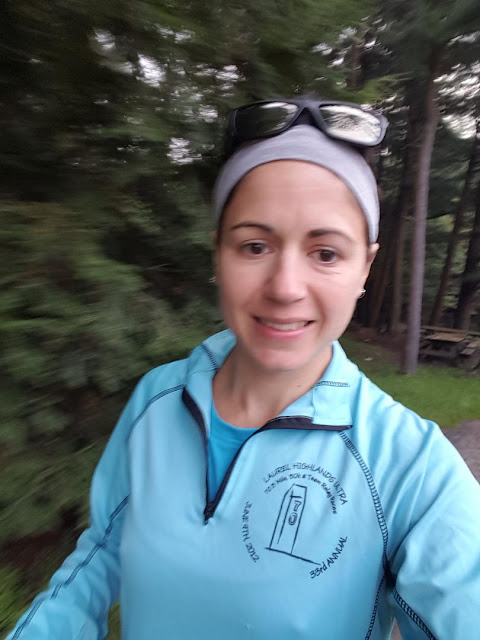 The recap of the recap is going to be bullet points from here on out because that's what I'm feelin' yo!

1. I had no idea how my body would feel during the race. I didn't train and I signed up only two weeks ago. My lower back has been hurting on the road, but miraculously, it did not hurt at ALL on the trail!

2. This is a TECHNICAL course. Lots of slippy, mossy rocks. There are also four insane climbs... the last one being the most insane. It's called Stairway to Heaven and it's straight up for a half mile. It comes at mile 11 and is described as a "brick wall". The downhills are tricky too. I passed people going up, but they would fly by my ass on the slippy, rocky, downhills. Aren't they scared of twisting an ankle!? 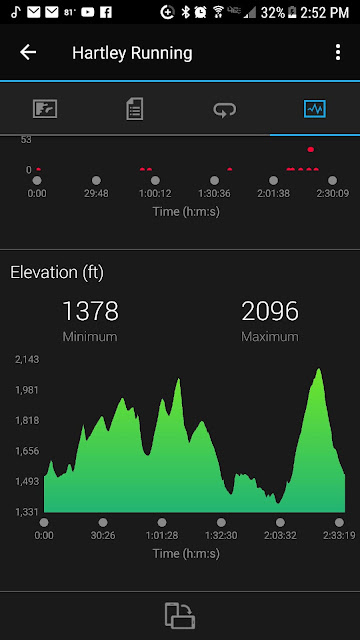 3. I almost fell once and I actually did fall twice. My almost fall was during the first climb. My legs turned to jelly and I lost my balance, but the guy behind me grabbed me by the hips so I wouldn't fall! I thanked him. I slipped onto my ass on a downhill and my legs gave out at one point going up Stairway to Heaven, but my hand took the brunt of the fall. 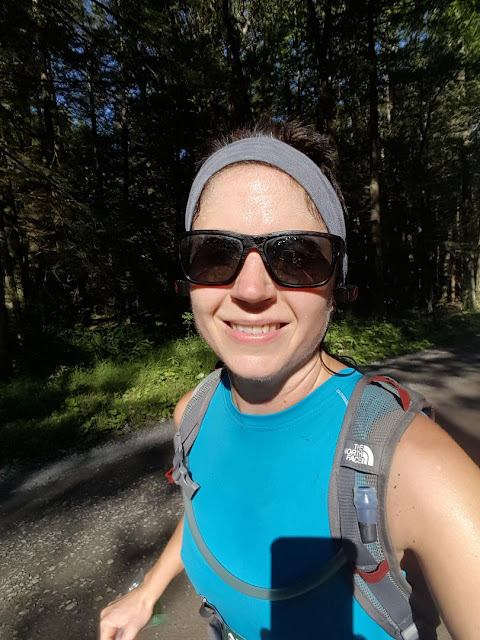 Taken right before Stairway to Heaven.

4. I got an awesome compliment from the dude running behind me. "You have a great pace, it's just perfect!" he told me. I don't think anyone has complimented my pace before, but I was glad to be running at a good pace for him to follow!

5. Speaking of paces, I did not look at my Garmin at ALL during the race. I didn't want the pressure. Also, I didn't look up my time from last year because I didn't want to have to worry about trying to beat it. The race felt easier this year but I didn't know if it was because I just wasn't pushing myself as much as last year or what. Well, it turns out I ran 9 minutes FASTER than last year! How cool is that!? Official time: 2:35:xx.

6. The course is beautiful. Parts of the forest were dark. It would get cool and foggy but the green ferns would be so bright. We were deep in the woods. There are lots of bears up there too. There's no way I would have hiked these trails alone! Oh, something freaky did happen. A HUGE tree branch broke off a tree and crashed into the creek. It scared the shit out of me!

7. You know how I love to sprint to the finish line? Well I had enough left in my tank to do so at the end of this race. I love it! I think my slow twitch muscle fibers were shot but my fast twitch were ready to race it in! 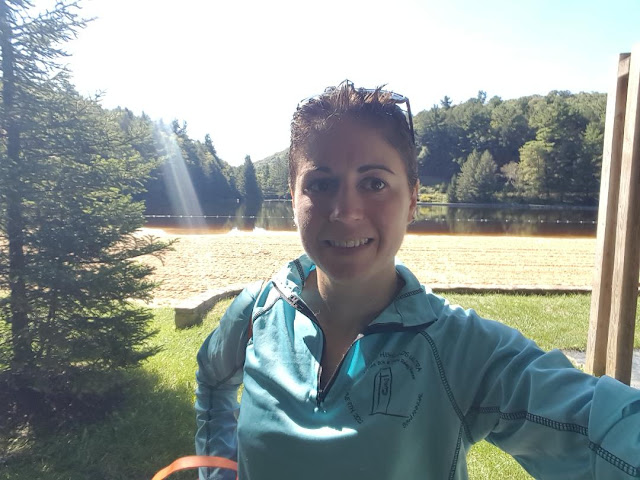 I got in the freezing cold lake after the race! I think it helped me not be sore later on! 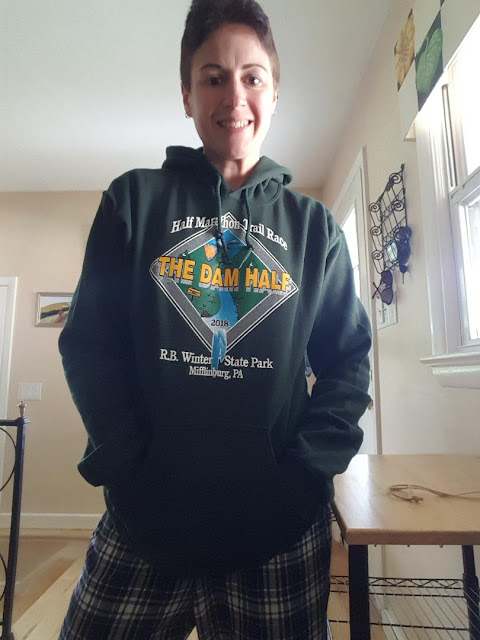 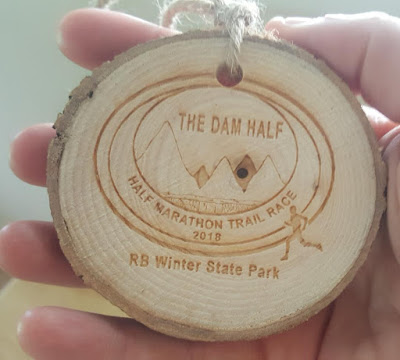 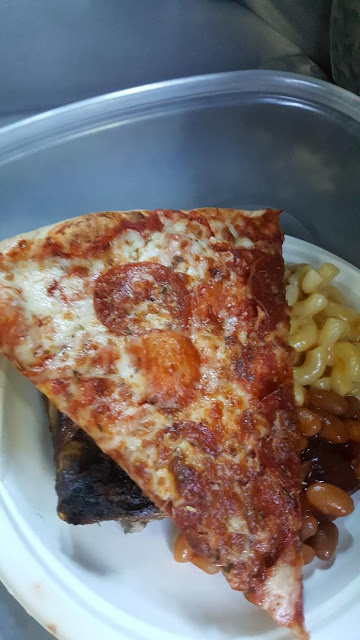 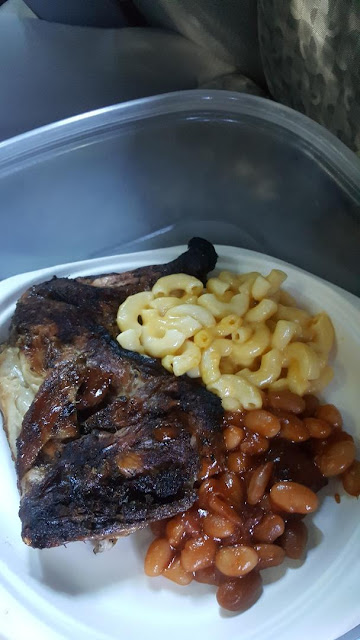 Did you ever fall during a race?
Has anyone ever complimented your pace?
Have you ever seen better post race food than this!?
Posted by Meg Go Run at 5:30 AM