It's been nearly 10 years since I ran my first marathon, and I can't believe how much I have grown as a runner since then! I feel very fortunate that in my 10 years of "serious" running, I have been able to experience so much.

I wish I had started my blog 10 years ago and not 2 years ago. Then I would have memories written down from all of my races. At least from now on I will have written record of all the cool things I have been able to do!

A few days ago, I ran a virtual 10k. Unfortunately my mp3 player died right before my run so I had nothing to entertain me during the race! It's nice to be alone with your thoughts sometimes, but I am alone with my thoughts a lot. I needed some sort of focus for this race.

So for each mile, I decided to think about all the different marathons I ran. Obviously each race could warrant an entire post to itself, so I am just going to give you the little tidbits that stuck out in my mind from the races.

Here we go, my "Marathon Thoughts" during my 10k without pod casts! Alone with my thoughts... 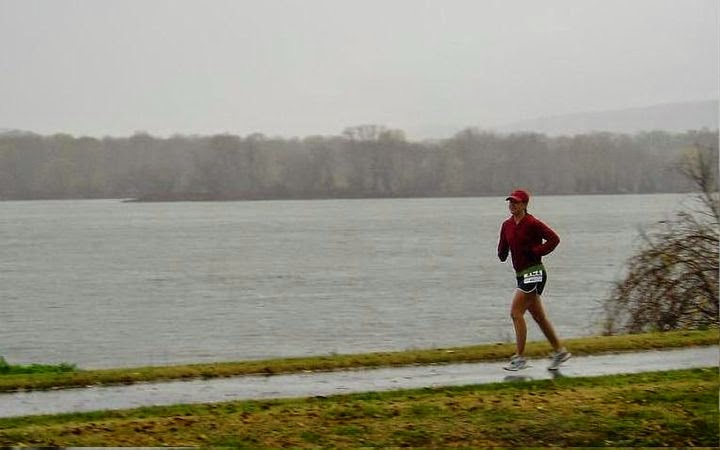 Rockin' the red cotton at Mile 24


If I had to recommend a race to someone, it would be this one. Burlington Vermont is beautiful and the entire town comes out to cheer on the runners.

The Flying Pig Marathon was a very FUN race. I mean, there were two women in pig costumes bouncing up and down at the Finish Swine. (No, that's not a typo. It was called the FINISH SWINE!!!!) 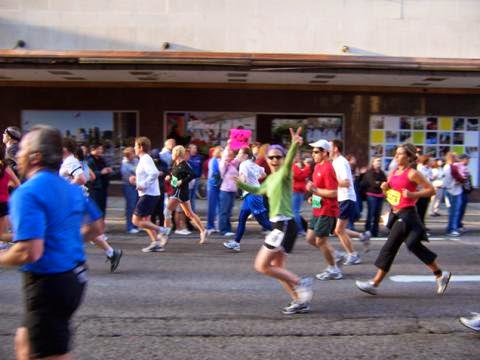 Mugging for the camera at the Flying Pig Marathon!
Clearly, this is Mile 2 or something!


I couldn't say this race was "fun" as I was too focused/worried about BQ'ing to soak in the sights and sounds. This was still before I had a Garmin, so I had printed out a little pace bracelet to wear around my wrist. It told me what time I should be at for each mile so that I could stay on pace. Wow, this was like the Stone Age...

The two main things I would like to say about Philly are... 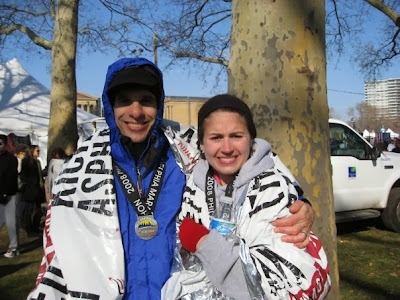 That is the face of a gal who suffered!
My friends Chris looks like he had a much better time!

My next race was Boston. You can read all about that epic event here. After that, I chilled out on the speed and ran the Baltimore Marathon for fun. I was not stressed about the event. In fact, I was still in line for the bathroom when the race started. (Who cares!? Chip timing!) 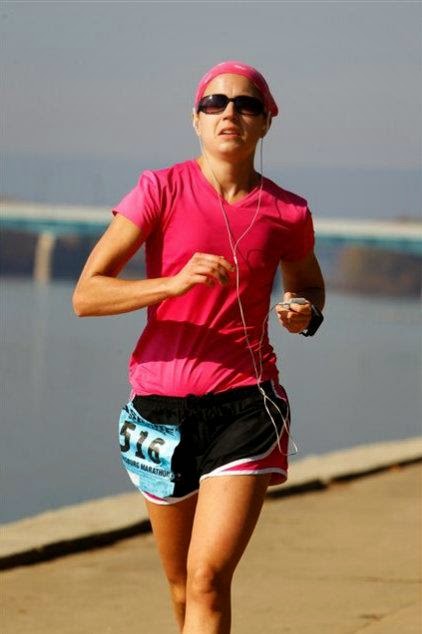 I think the most epic last .2 of any race I have done has got to be Boylston Street in Boston. I have never "raced" Boston. I feel like the race is actually qualifying and the event is meant to be soaked in. And while I really feel like I soaked everything in the last time I ran Boston (check out this re-cap if you don't believe me!), I took some extra time to really enjoy Boylston street. I even stopped to snap this picture... 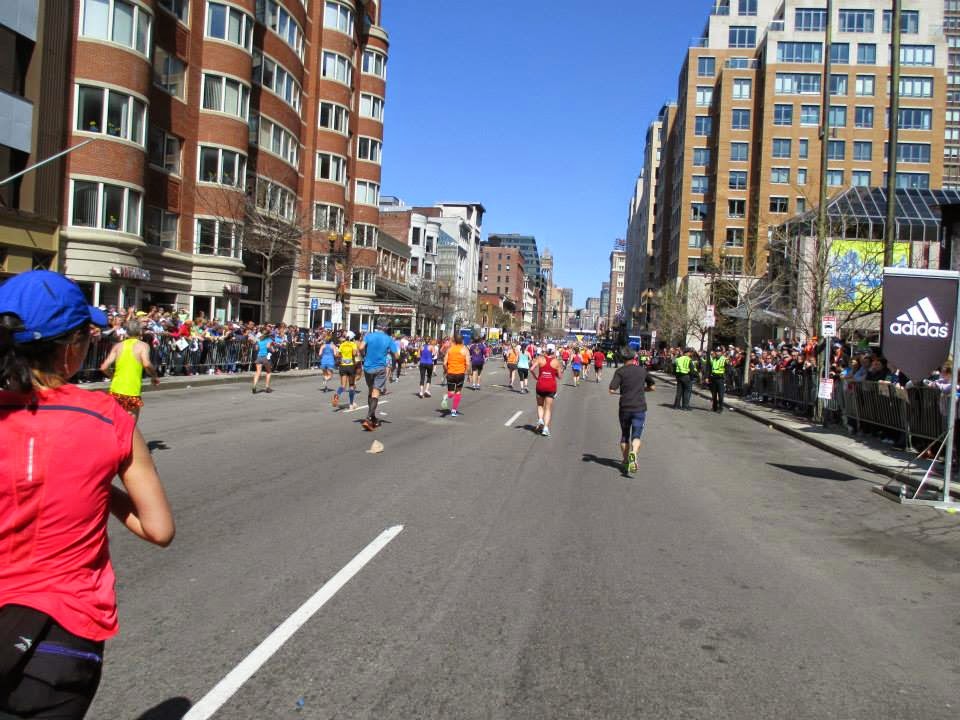 As I stood here, I took a moment to look around and just soak in the moment.
I felt very lucky and thankful to be where I was. Sure, I put in the hard work. But I was also thankful that I had the money, the time off work, and the support of friends and family. Without that, I wouldn't have been able to run Boston.

Wow, it was really fun thinking about races from a long time ago! There is so much I don't remember, but there are some things I will never forget for the rest of my life. The silence of the bike path in Vermont, the sweet feeling of a BQ, and the cheers from Boylston Street. I am so lucky running is part of my life!