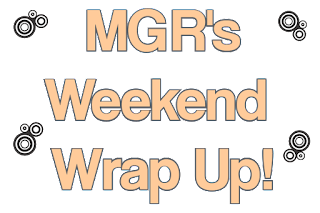 Well, we were supposed to have a TON of snow this weekend but we barely got any! So much for that huge warning... 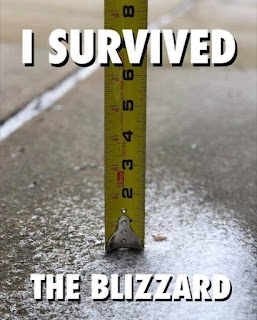 I had a rough week. By the time Friday rolled around, I was SO READY for the weekend. A bonus was that it had snowed a bit the night before so our school had a two hour delay! That means I got up at 7 instead of 5:30. I was supposed to lift, but I really felt like running, so I ran 6 miles on the treadmill and did a couple sets of push ups, inverted rows, and stability ball pull ins.

Despite the shortened school day, it still felt loooooong. I couldn't wait to get home. Paul and I had a date night in Carlisle!

First, we hit up Grand Illusion Cidery, which is a place we tried before. The staff is really nice, it has a great ambiance, and the drinks are awesome! Paul enjoyed an IPA and I had a cider. It was a bit dry for my taste, but I'm glad I tried it. 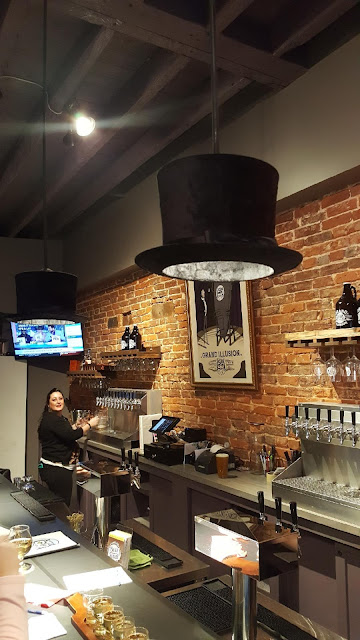 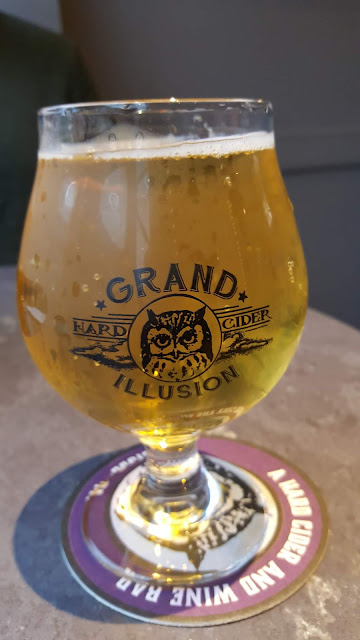 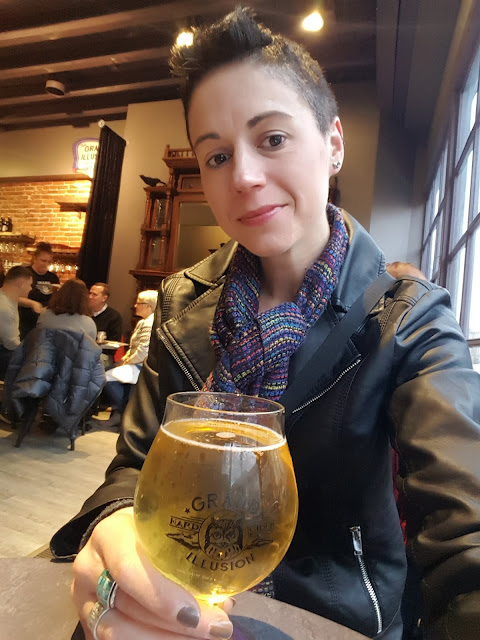 Then we walked to a highly recommended sushi place called Mt. Fuji. OMG YOU GUYS WE FOUND THE BEST SUSHI WE EVER HAD!!!!

I was scared at first because the rolls were around $15, so I thought since we got 6 rolls, our bill would be close to $100. Well, it turns out the rolls were half off! On a Friday night? How is that possible?? I need to research and see if they are always half off or what the situation is because Paul and I were able to stuff our faces for just $44... $54 if you count the wine we brought because it's BYOB. 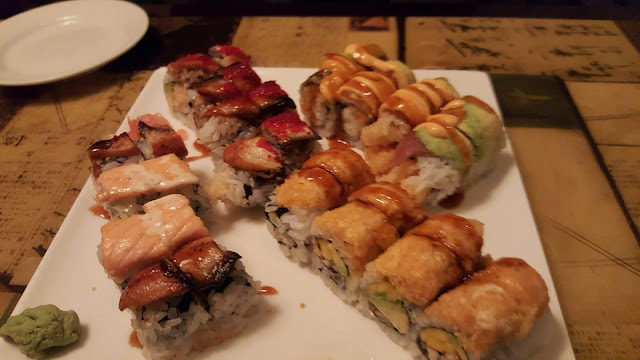 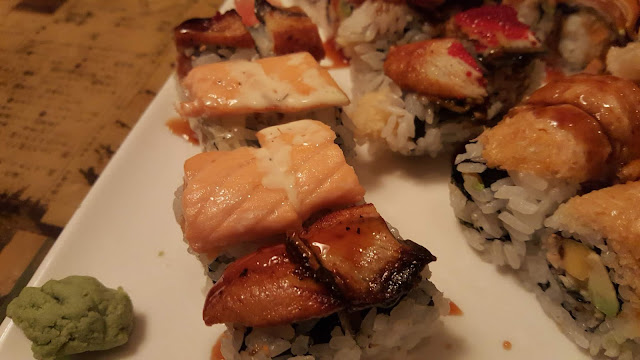 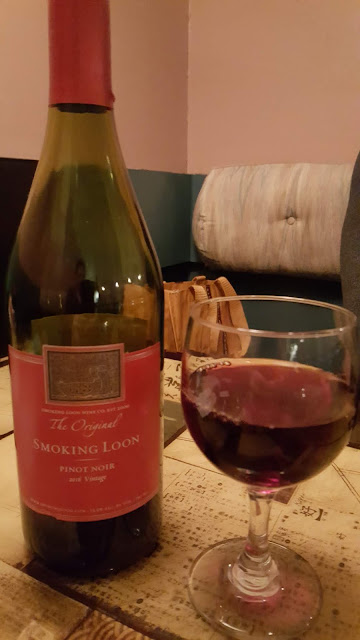 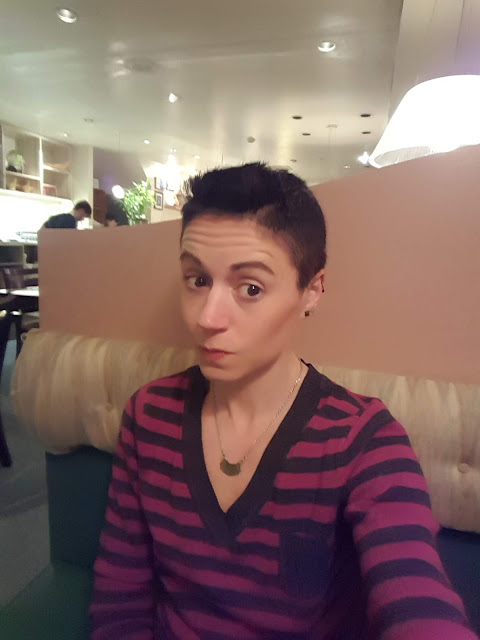 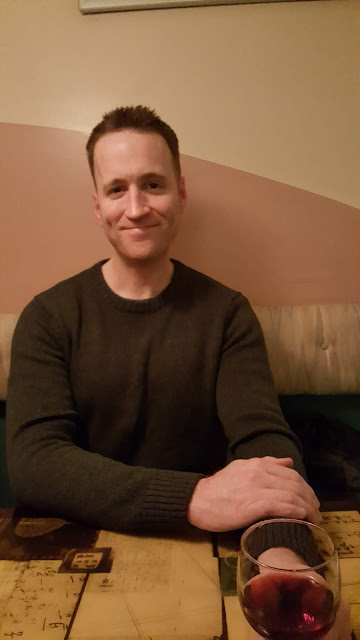 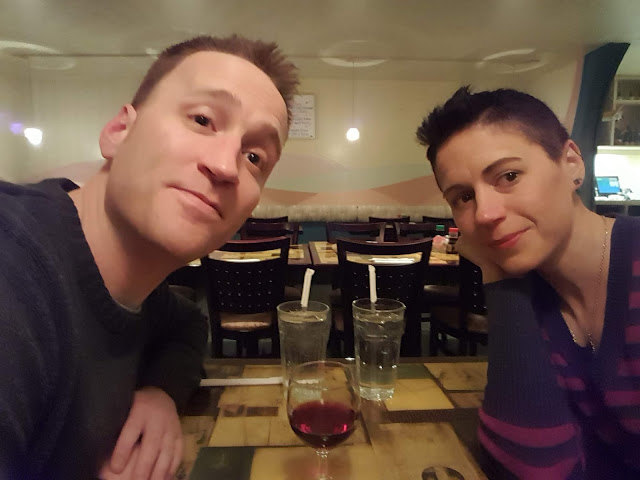 On Saturday morning I went for a gorgeous six miler on the AT. I know I look high in the pics, but I'm not high, just sick. There was still snow on the ground from Thursday night. I didn't see many people on my way out, but after I turned around, I passed a lot of hikers as I headed back in. 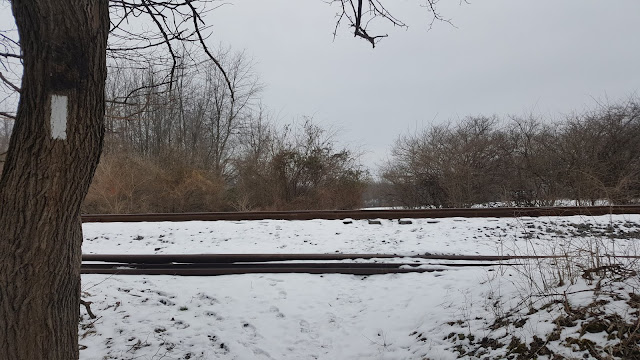 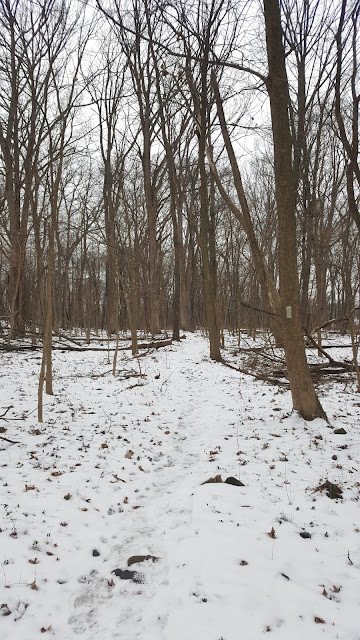 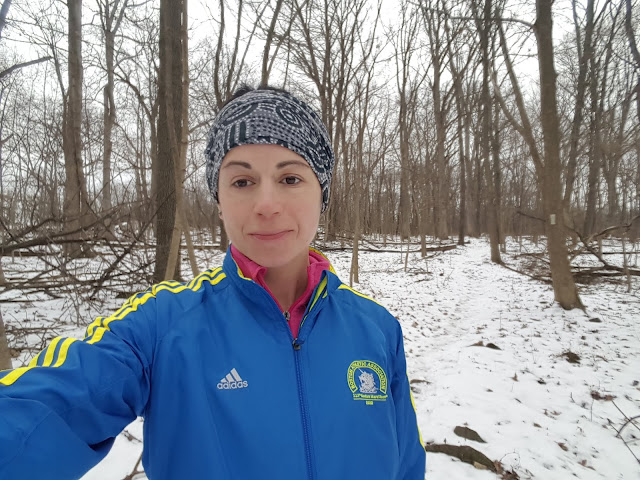 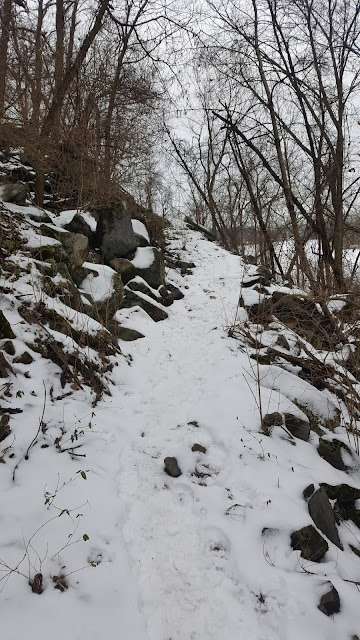 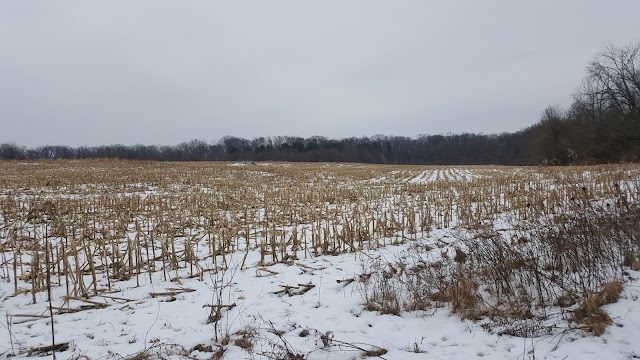 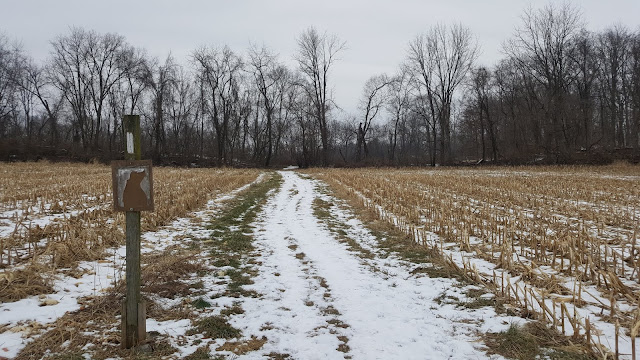 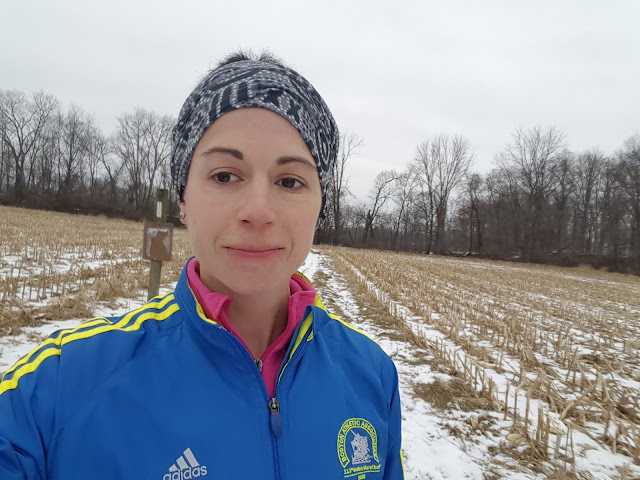 Then Paul and I headed to TJ Maxx and the mall. He needed some new clothes and wanted to try some things "outside the box". I needed some pants because I lost a bit of weight and most of my pants I are too loose on me! Besides my leggings, of course. 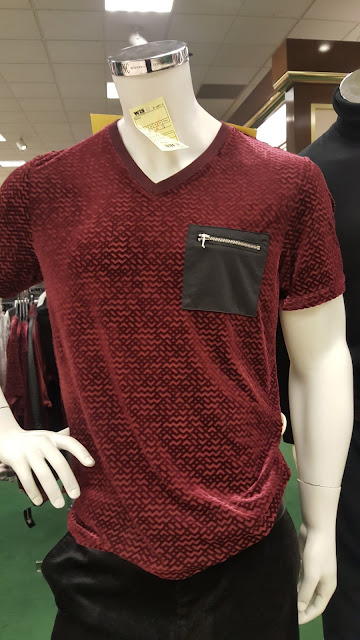 I snapped a pic of this shirt I saw at Macy's and sent it to Paul with the caption: "Outside the box???" Hahaha! This is a little TOO outside the box for Paul! 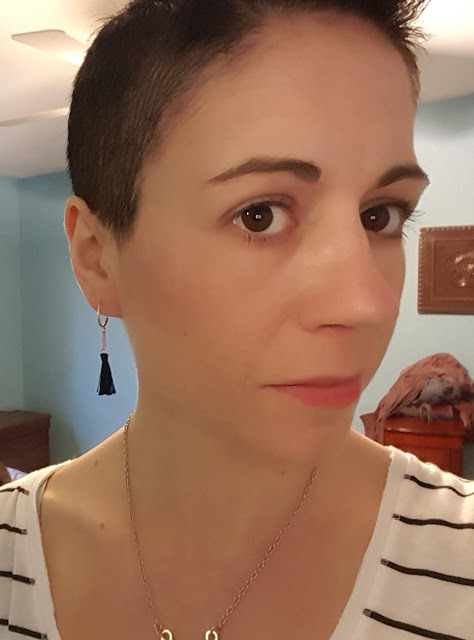 Got some earrings at Claire's of all places.

When I got home, it was time to cook! I still had a quiche leftover from the other night when I made 4 (bwahahaha I'm not kidding!) so I made quinoa explosion, chicken sausages, and roasted red potatoes. I enjoyed a cider while I cooked. I love sipping a drink while cooking! 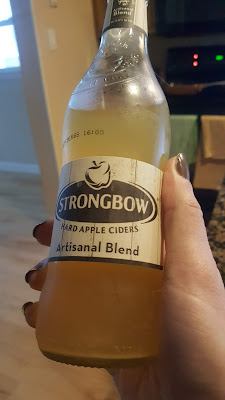 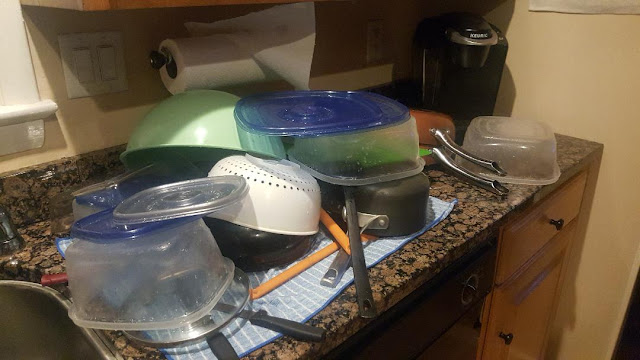 No food pics... I'm not good at taking them.
Here is the aftermath of all the dishes drying!

I slept until nearly 10am! What in the world!? Then I made some coffee and hopped on the computer to schedule some blog posts while I was feeling mildly motivated. 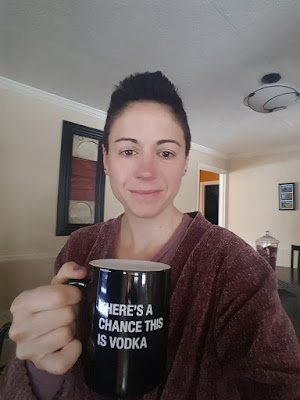 After a morning of laziness, I hit the gym. I had an AWESOME progression run. I started at 6.5 on the treadmill (9:13 pace) and bumped it up one notch every quarter mile until I reached 5.5 miles. That got me to a 6:53 pace! Then I spent a half mile cooling down. It was a great workout but it wasn't super hard. My heart rate didn't get above 140, so that is good!

Then I came home to shower, eat some quiche, and go out bopping around my favorite "bopping around" stores... Ross and Kohls! I also like TJ Maxx but we were they yesterday.

That night I went to the Federal Tap House to enjoy some ciders and some fish tacos! I should have gotten something junkier than the healthy tacos, but oh well!

Did you get snow this weekend?
Anyone local been to Mt. Fuji?
Posted by Meg Go Run at 5:30 AM