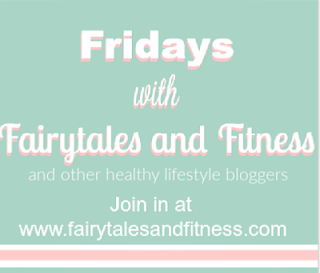 Hey all! I am linking up with Fairytales and Fitness. Today I'm going to tell you 5 Things About Languages...

1. I started learning Spanish on my phone again. Duolingo is the coolest app ever for learning a language. I am progressing pretty fast since this isn't my first time using the app. But it is the first time in about a year or so. I am much better at reading Spanish than I am at coming up with the words myself. Isn't that the way it always is?

2. I wish the American education system taught languages to children at young ages. It's done in other countries so why not our's?

3. When I was in high school, I took three years of French and one year of Spanish. I barely remember anything.

4. I was called Celeste in French class and Claudia in Spanish class. (We could pick our names.) I picked Claudia because of the character in The Baby-Sitters Club that had the same name!

5. If I could speak any language fluently, I would pick Spanish. A lot of the custodial staff at my school speaks Spanish so it would be cool to be able to communicate better with them. Plus, so many people speak Spanish, it would make sense to know the language! I'm working on it.

Do you speak any other languages?
Have you tried Duolingo?
If you could speak any language fluently, what would you pick?
Posted by Meg Go Run at 5:30 AM