Normally, I love Mondays since I'm well rested from the weekend. But despite going to be early on Sunday night, I woke up a bit tired. I still headed to the gym and was able to bang out an awesome progression run on the treadmill.

On the way to work, I stopped at the gas station to get a Dunkin coffee. I was waiting in line to pay, when a little boy came in with $5 and stood right beside me in line. When it was my turn, I told the kiddo to go ahead. "Go ahead, buddy," I told him. The boy was paying for gas for his dad, so he quickly gave the cashier money and left.

Then it was my turn to pay for my coffee. "That was nice of you, coffee is on me," the cashier said.

"Thanks!" I said. "I'm a teacher, so I'm used to being nice to kids," I told the cashier. He laughed and told me he used to teach kindergarten. Small world, right!?

The whole exchange put me in a good mood!

The workday went well. Our school really has such nice students. I'm lucky to work in a district full of such nice kids. My colleagues are nice too. One of the first grade teachers dug out some dum dums and delivered them to me in a bouquet when she picked her kids up from music class. No, she was not calling me a dum dum. She knew I liked the fruit flavors! 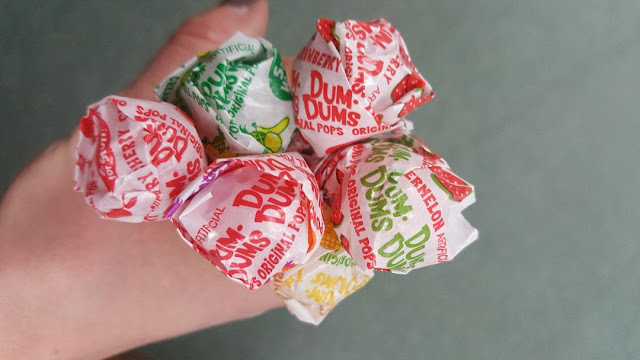 After work, I went to the grocery store to get the ingredients to make a bunch of quiche. I also hit up the liquor store because we needed wine. We always need wine...

After battling annoying traffic to get home, I was bummed to see my rear tire was nearly flat! So I had to drive to the gas station and fill it up. I really hoped it wouldn't be flat when I got up the next morning.

I was so tired, but figured as long as I made the quiche that I planned, I could count the day as productive, even if I went to bed early. I ended up making two quiche with feta, spinach, and chicken sausage and two quiche with ground turkey, bacon, cheddar, mushroom, and broccoli. 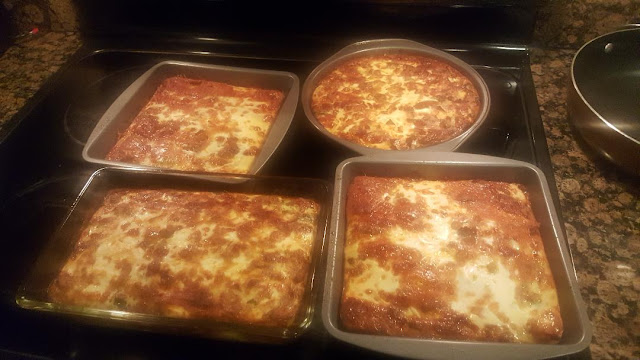 I was so tired, my throat was scratchy (had been all day) and I was developing a headache, so I crawled into bed at 8:30. I got cocky and didn't take my trazodone...

At 12:30, I was still very tired but WIDE. AWAKE. So I got up, turned on the news, and wrote this blog post. My throat hurts and I have a bad headache. Tomorrow is going to suuuuuuuuck. I hope at least my tire isn't flat.