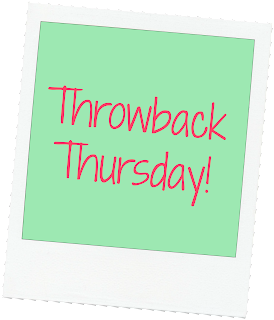 During the summer before 4th grade, I went to see a community theater production of Annie. Ever since then, I knew that I wanted to perform! Luckily, there was a local community theater about ten minutes from my house that did shows every summer. And luckily, my parents let me participate every year!

If it wasn't for doing community theater, I wouldn't have met some of my best friends. I have CRAZY memories from all the rehearsals and shows we did together... not to mention the parties and beach trips! My life would not have been as fun and exciting if I had never gotten involved in theater.

As an adult with several "real" jobs, I don't make the time to do shows anymore. It is extremely time consuming and exhausting. The last show I did was about three or four years ago. Every time I see a show, I miss performing and want to get involved again. 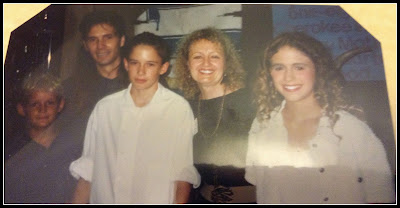 My family and I after a performance of The Will Rogers Follies in 1995. I was a Zigfield Girl (the youngest!) and my older brother played the drums in the pit. I actually originally didn't get cast because they thought I was too young (13), but when one of the girls dropped out, they called me and offered me a spot! I WAS SO HAPPY! 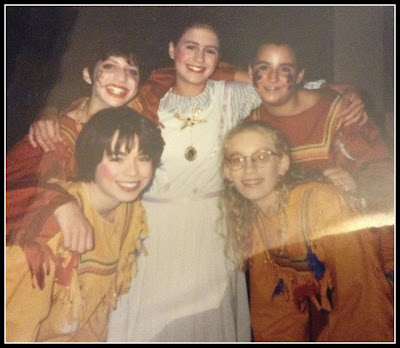 Here is me as Liza in Peter Pan from 1996. A couple of my high school friends were Indians. We actually used the same flying special effects that they used on Broadway. I was originally told that I was going to get to fly, but then I didn't. I was bummed! My younger brother played the part of a Lost Boy and my older brother played drums in the pit.

When I was a sophomore in high school, a youth theater group a little bit of a distance from where I lived was doing a show I was OBSESSED with...

I got to perform in the chorus and had so much fun! 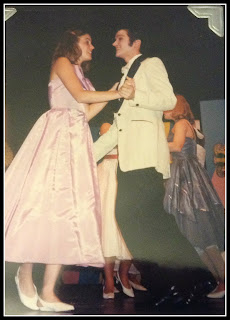 This is me and my dance partner during the prom scene. I had such a crush on him! He was cute, smelled really good, and was really nice. Unfortunately he was gay so he had no interest in me! 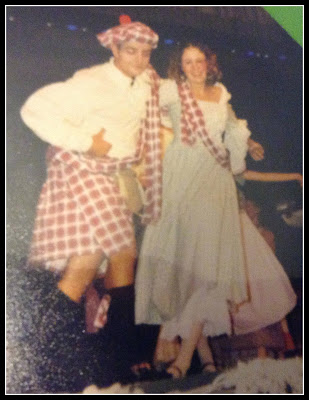 Dancing in Brigadoon during the summer of '97. 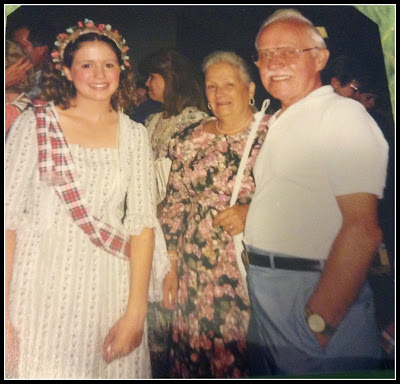 I had to include this picture of me and my grandparents after a performance of Brigadoon. My grandpa passed away in 2001. (I can't believe it was that long ago, no wonder I miss him so much!) This is a great picture of him because it's exactly how I remember him. 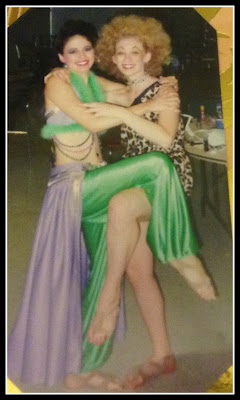 During the summer before I left for college (2000), I was in a hilarious show called A Funny Thing Happened on the Way to the Forum. This is me and one of my best friends, Ashley. We played courtesans. We didn't have big parts but we had big costumes! 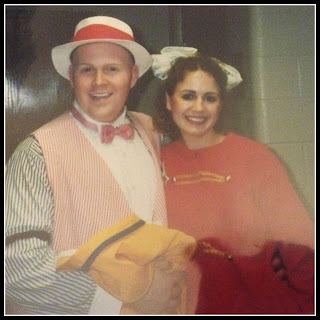 Me and my friend Jared during The Music Man (2002). I played Zaneeta and was the choreographer. This show marked the first of many shows I performed and choreographed. 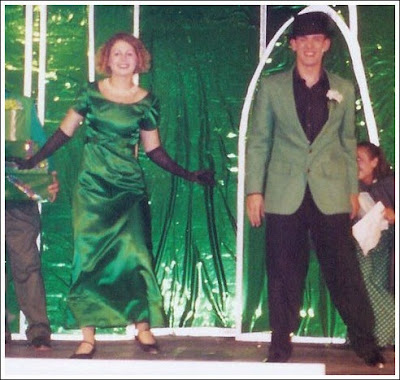 Tap dancing in the Emerald City in the show Wizard of Oz (2003). 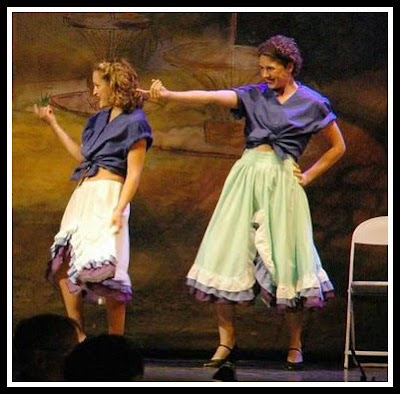 Dancing during the Havana scene in Guys and Dolls (2005).
I remember my dance partner memorized creepy things to say in Spanish to make me laugh while we were dancing. Fun times! 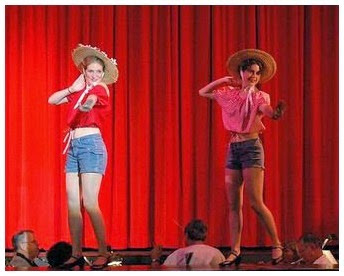 Another Guys and Dolls picture. That's my friend Maren as Adelaide and I was a Hot Box dancer. This was one of my favorite shows to choreograph! 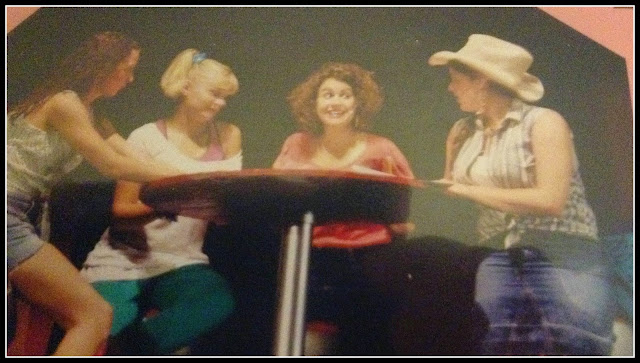 My big hair was good for something! This is me as Wendy Jo in Footloose (2006)! This was the first time I choreographed Footloose- I ended choreographing it again several years later at the school district I work at. This was also the first show Paul ever saw me perform in! 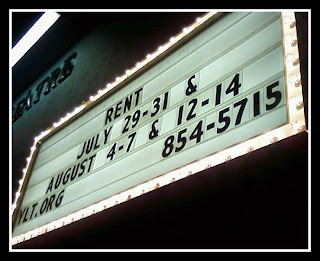 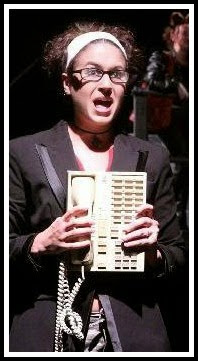 I was in the chorus, so I sang and danced in a lot of small parts. I was also Alexi Darling. "Mark Cohen, Alexi Darling, from Buzzzzzline!" 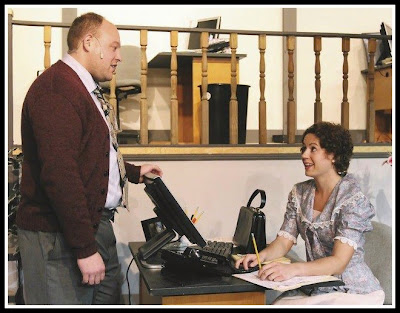 Even if you know theater, you will never, ever guess what show this is from... GODSPELL (2011)! Yeah, our director had a different vision and made our version set in an office. That's me and my friend Randy. I performed in countless shows with Randy, now he is a big time theater performer and improv-er in Harrisburg.

Did you ever perform in high school musicals or community theater?
Posted by Meg Go Run at 5:30 AM