It's rant time again! The gym is SO ANNOYING...

I have written about people at the gym who annoy me before, but it's time to revisit the topic. 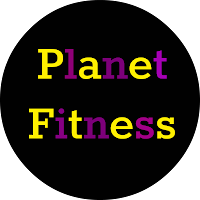 First of all, Planet Fitness gets a lot of hate but it has everything I need in a gym. All the dumbbells, weight machines, and cable machines that I personally need, cardio equipment, and an area where I can jump around and do plyometrics like a crazy person. It's 24 hours and it's $10 a month. The perfect gym for me.

I normally workout at Planet Fitness anywhere between 5:45am-7:30am. This is when the normal and courteous people go to the gym. The ones who understand gym etiquette and dress like normal people. Not idiots.

During winter break, Planet Fitness gets an ONSLAUGHT (I love that word) of college kids. It's mostly young boys who appear to be anywhere between 18-23. I get it, they're home from college on break and they're working out. I made the unfortunate mistake (several times in the past two weeks) of not hitting the gym until mid day. (Hey, I'm on winter break too, and this teacher needs her beauty rest!!) It's during this time of day that the gym is SUPER crowded, and it's generally those college boys who do not know gym etiquette!!!!!

Example #1: Boy who sits on the only stability ball not being used while waiting
for his friend to finish doing sit ups. He wasn't using the ball. He was just chillin' on it.
And of course he does this when I wanted to use the ball for push ups. Oh well, it forced
me to do normal push ups, which isn't a bad thing at all.

Example #2: Boy who does 10 pull ups on the assisted pull up machine, then sits
on the stoop of it in between sets while he rests anywhere between 2-3 minutes. I wanted to
scream, "STEP AWAY FROM THE MACHINE AND LET OTHERS USE IT DURING
YOUR REST PERIODS. IT'S THE ONLY ASSISTED PULL UP MACHINE!!"
But I did not.

Example #3: Middle aged man (Finally, not a college boy committing an infraction!)
sitting on a weight bench in between sets on the Smith machine. He's not using the
weight bench for his workout, he's just sitting on it to rest. All the other weight benches
were being used. It would have been nice if he wasn't hogging the last one.


Now let's talk about the people who dress like idiots at the gym. Again, it's usually the college age men. And what makes them look like douche bags is that they are trying too hard to look cool. It's just so obvious they think their shit doesn't stink by the way they walk around like they own the place. I saw my absolute favorite outfit last week. (And by favorite, I mean it won the douche bag award.) With the magic of Google Images, I shall recreate the outfit for you...

Yes, it is now en vogue to wear knit caps to the gym and walk around like your shit ain't stanky. You know, I've seen people at Planet Fitness in Tweety Bird pajamas. But that doesn't bother me. Because those people OWN it and don't give a shit what other people think of them. It's the people that try waaaaay too hard to be cool that annoy me. As my husband would say, "Pajama people at least stay out of your way and stick to mainly the recumbent bikes."

I realize I just made sweeping generalizations about college age boys that attend Planet Fitness. If you are a college age male who does not hog equipment and does not wear knit caps to the gym and does not walk around like The Lord of Planet Fitness, then I sincerely apologize. Though I will be surprised if any men of the aforementioned age are reading my blog. I'm not sure my content lends itself to that demographic...

I am definitely enjoying winter break, not working, and sleeping in. But it will soon come to an end and it will be back to getting up at 5am. The good part is, the gym will not be nearly as crowded, and the people that are there that early will dress like normal people and won't hog the equipment! 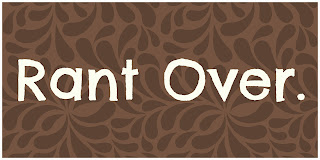 Do you get annoyed when the gym is crowded?
Most annoying gym etiquette infraction you ever witnessed?
What is the stupidest thing you ever saw someone wearing at the gym?
Posted by Meg Go Run at 9:27 AM

Email ThisBlogThis!Share to TwitterShare to FacebookShare to Pinterest
Labels: annoying people at the gym