Weekend Wrap Up! (I'm back on the trail!) 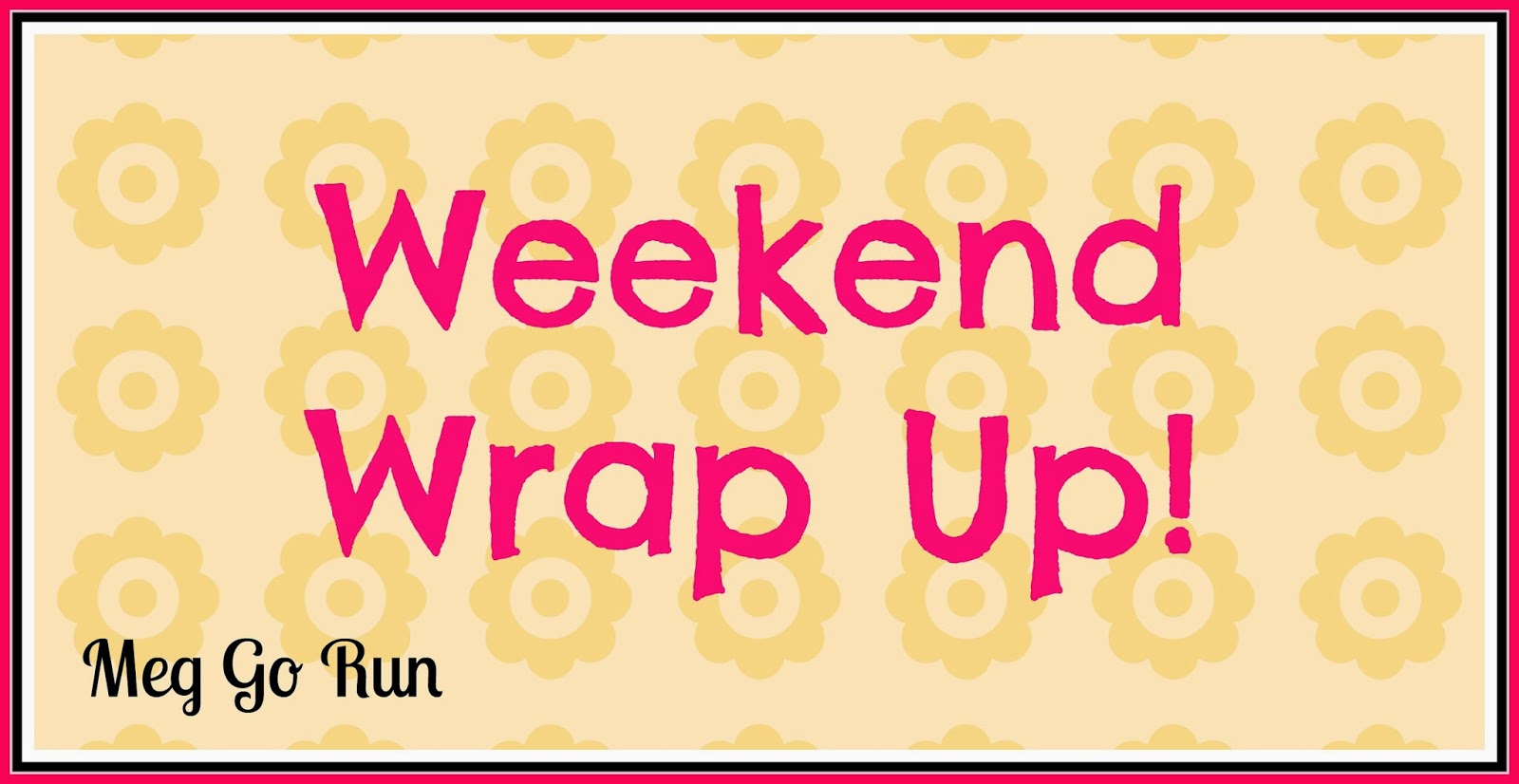 Gooooooooood Monday Morning to you all!

Teacher friends, never fear. Counting today, there are only 6 student days left until Thanksgiving Break!!! And then after that, only 14 student days until Christmas Break!!! Not like I'm counting or anything...

Anyway, let's not get too ahead of ourselves and enjoy the moment and the beautiful fall weather we are experiencing. This weekend's weather was AWESOME and I tried to take advantage of it. As much as I love just laying around on the weekends, this weather is not going to last forever!

Time for my wrap up. ONWARD!

Friday was a challenging day at work. I went home sick on Thursday and still was not feeling great. But I had to go to work on Friday for several reasons. The main reason was I have 4th graders who are learning the recorder and they would be devastated if I wasn't there and they couldn't test for their Recorder Karate White Belts. So I sucked it up and tried not to talk much. Which is sort of hard when you're a teacher... But the kids are really sweet and if you tell them you're sick and things need to be quiet and calm they really want to please you.

After work I had to go straight to OIP to finally get an MRI on my knee. Man I hate laying in that thing. It was all I could do not to cough, but laying down made everything drain to my throat and I was dying to let one loose. I finally had a coughing fit when there was only 2 minutes left, but the technician said it was fine and the doctor would call me in a few days with the results.

I still felt pretty crappy so I did nothing of note on Friday night. I pretty much laid on the couch and watched Sex in the City while exploring new blogs.


Saturday was glorious for a few reasons!! First of all, I got to sleep until 8:45am. Hallelujah! Then the morning was spent relaxing on the couch and cleaning the house- which comes with it a feeling of great accomplishment.

At noon, I met my friend Jennifer (the gal who changed my life!) and my mother-in-law for a trail run around Pinchot Lake. I ran ALMOST NINE MILES and I'm still in one piece! Which of course is ironic, since I had an MRI yesterday. But my doctor never told me to stop running. In fact, he set me up with an awesome brace so I could keep running.

There were lots of hunters out on the trail, but we wore bright colors and cackled the whole way so we wouldn't be mistaken for a turkey or something similar. 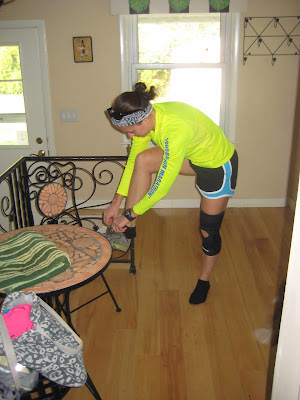 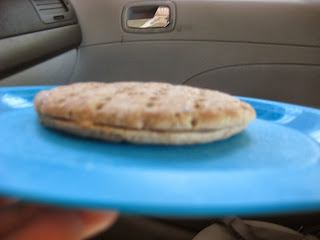 That flattest peanut butter sandwich I ever made.
This was my pre-run fuel! (Aka 2nd breakfast) 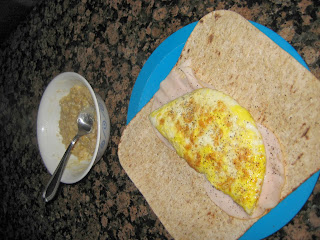 On Saturday night, we had our friend's Doug and Jen over for a game night! 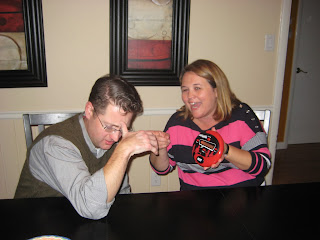 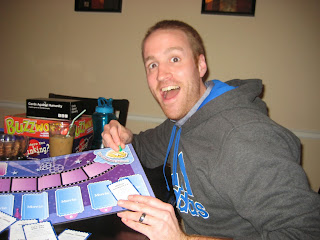 Paul won Consensus. He was so excited he went a little nuts... 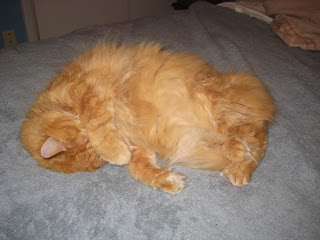 Jelly was a party pooper and hid all night...

I didn't roll into bed until 2am! That's because when I was winding down from game night, I forgot about this awesome show on Youtube called Crime Time and I wanted to get caught up.

I love to hate this show.

I fully planned to sleep in until my little heart's desire on Sunday, but I was up by 9:45. I really don't like Sundays at all, but it actually turned out to be a great day!

Reasons why Sunday was awesome...

1. I got some quality studying done, and it was a chapter that interested me A LOT so it was actually fun.

2. I went on a walk with the lovely Bree, and all the neighborhood cats (and by all, I mean two) came to greet us. Torpedo (this awesome orange and white cat with a bell around his neck) even followed us for awhile because he thought we were so cool!

3. I went on a 7 mile run, the last half of which was done at a 7 min pace. Hellz yeah!!! And nothing hurt the whole time!! (My knee hurts now, because I am sitting (OF COURSE) but during my run all areas of my body felt strong! MAN I NEEDED THAT.

4. My bellybutton ring fell out on my run because I forgot to tape it down (which obviously was NOT a good thing), but I went to Hot Topic and got a new naval ring and a pack of cartilage rings. At least my holes won't grow shut. I am not a huge fan of what the rings look like but for now they are just serving the function of keeping the holes open. And they were on sale, so YAY!

Oh, I was going to post pictures of my actual piercings with the new rings, but after taking pics, I have some sad news for you. Pictures of just my ear and just my belly button are GROSS. So you get pics off Hot Topic's website instead!

I would have preferred just straight up silver... and I didn't need four,
but this is all they had so it's what I got.

I wish this had been all silver, not cubic zirconia, but again, it's all they had!

Don't worry, I didn't get this, but it would have been funny!

5. I enjoyed some leftovers from game night... 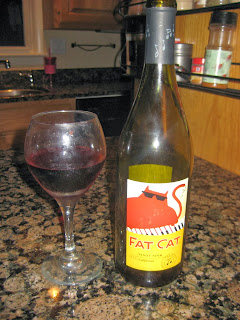 6. I watched a terrible television show... because I like to complain about how terrible it is!

What fun things did you do this weekend???