If you are reading this, you may be warm in your bed, lounging on your couch, or at the breakfast table. OR you could be standing in line at Wal Mart or something! I don't believe I ever went shopping on Black Friday. I hate crowds. I'd much rather get my shopping done early or shop online. Others love the excitement and it's a tradition to get up early and fight the crowds. To each their own. 'Merica.

My Thanksgiving was wonderful. I always get a little on edge as the holiday approaches because even though it is a FUN day, it is a long day that has a timetable. But after a chest/shoulder/tricep/ab (I know, random) workout at Planet Fitness and some speedwork on the treadmill, my endorphins were pumping and I decided I would be CHILL throughout the day and I would NOT get bitchy.

I am happy to say I think I did a pretty good job, and Paul agrees!

First, we hit up my cousin Stephanie's house in Mechanicsburg where my Dad's whole side of the family was celebrating Thanksgiving. This is the first time in my whole 31 years of life we were not at my Grandma's on Thanksgiving Day! But our family has grown a lot in the last 10 years and it was time to celebrate in a bigger space. The best part of our time there was playing Catchphrase. That game can bring families together or tear them apart!

Then, we headed home to feed the kitties and grab some food I forgot. (I did not flip out, I was very chill, remember??) After that, we headed over to Middletown to have dinner with Paul's family. Both dinners were divine. I ate well yesterday and look forward to leftovers! I had fun talking with my nephews and playing Bubble Talk! We will definitely have to bring that the next time we hang out with them!

Some pictures of our day... 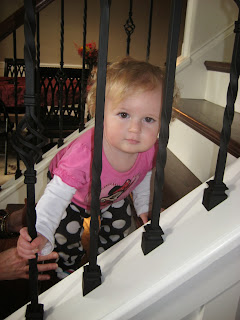 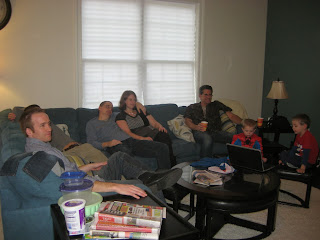 Chillin' after the meal 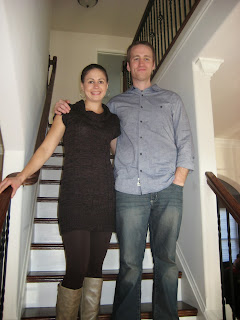 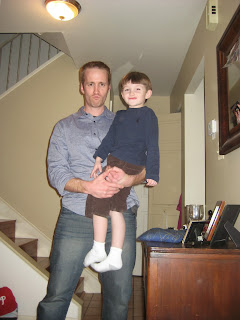 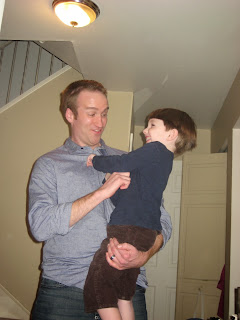 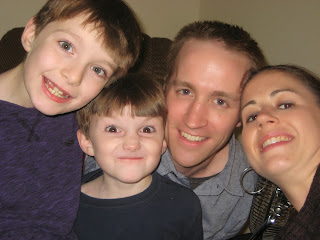 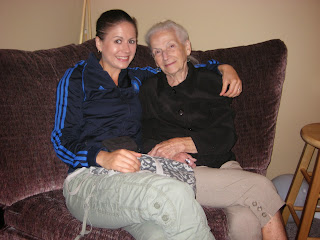 Me and Grandma Arla.


My Grandma Arla hates to waste things. When you grow up with 13 brothers and sisters, you learn to make do with whatever you've got. There is a use for everything- it need not be wasted. It's a totally different mindset from the way the world is now. People buy IPhones and then buy new IPhones a few months later when a new one comes out... etc, etc, etc. We CONSUME.

But not Grandma Arla. She operates under the same philosophy she grew up with. The biggest thing she hates to waste is food. And that's where this recipe comes into play!

Grandma came up with this recipe because she wanted something to do with the dough she would have left over after making pie crust. That's where Fingers come from. Here is the recipe.


Since I never make pie crust from scratch, I never have leftover pieces to use for Fingers.
I buy the rolled up pie crust that's already made.

I use a rolling pin to flatten the dough out a little bit more. 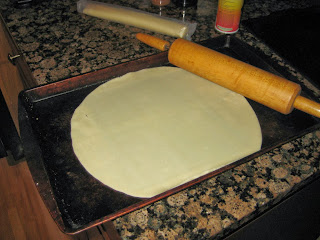 Then I slice it into thin pieces. I arrange the pieces on a baking sheet. 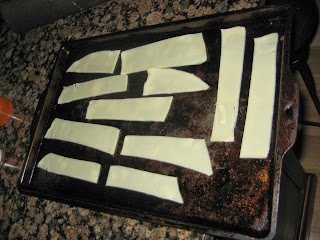 They await the Yumminess I'm about to spread over them! 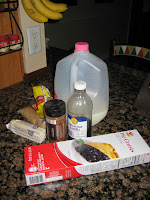 (There should not be milk in this picture.
Milk is not used!)

Yumminess: melted butter, vanilla, brown sugar, cinnamon. It should be sort of thick so that when you spread it over the pie crust it doesn't drip all over. You'll still have some that drip. That's okay. 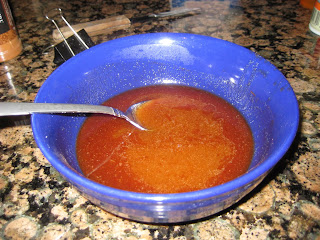 Caution: SPRAY THE PAN REALLY WELL. The more the Yumminess drips onto the pan, the more likely the Fingers will stick to the pan and be a bitch to scrape off!

Spread the Yumminess on the Fingers. Try not to use too much because
when you pinch the Fingers up, it will seep out. 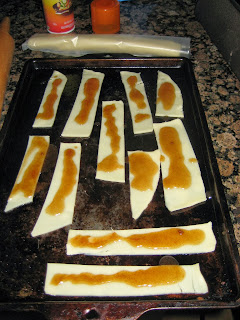 Pinch up the Fingers and sprinkle more cinnamon on top.
Use LOTS of cinnamon! 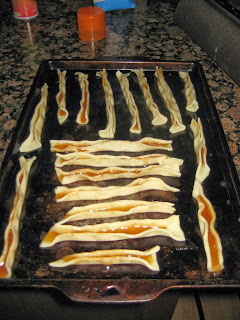 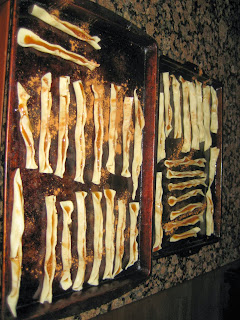 If the Fingers break in half when getting them off the pan it's no big deal.
You can have some short Fingers and some long Fingers. They all taste the same!! 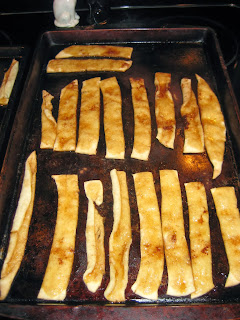 My fingers sort of flattened out. Oh well, they still tasted the same!

Important Note: If there are small pieces of Fingers that stick to the pan and you have to them scrape off, save them in a little plastic baggie. They will taste divine over vanilla ice cream!!! Or think of something else to do with them. The whole point with Fingers is to not waste anything. Just like the Native Americans liked to use every part of the buffalo, you should try to use every part of the fingers- Grandma Arla style! 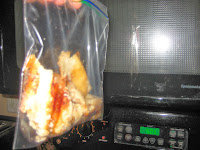 Do you have any other yummy ideas for the Finger remnants I collected in my plastic baggie??

Did you go Black Friday Shopping this morning?

Where did you spend Thanksgiving?
Posted by Meg Go Run at 8:02 AM