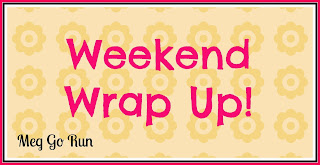 Last weekend was not great at all, so I needed some excitement this weekend to lift my spirits!

Friday's weather was so dreary that me and the hubby couldn't do much but stay inside and chill. We played some You Don't Know Jack on the Xbox (I always win!), and then some Monopoly Deal (Hubby kicked my butt!).  Later, we made our dinners and ate while watching some episodes of The Mindy Project. Just another wild and crazy Friday night in the lives of an old married couple!

Christmas (my cat) apparently didn't get the message that I wanted to sleep in, so he woke me up at 6am by laying on me and licking my face until I woke up. He does love me and wanted my attention, but mostly he wanted FOOD.

Since I was up, I decided to meet my family over at Saturday's Market for some early morning flea market fun. I ended up getting an ear training book to use with my piano students. Hey, you never know what you will find at a place like that!

The rest of my day was so relaxing. I got in a really good run, lounged around, did some cleaning up, and did some grocery shopping. Later that night, friends came over for a back porch game night. I love game nights but I always eat way too many carbs. When I logged my food I realized I ate 318 grams of carbs and only 136 grams of protein. Holy cow, I better reign myself in a bit! I see some chicken breasts in my future...

I got another good run in Sunday but was bad and went to Zumba later on in the afternoon. I don't need two workouts, but Zumba is so fun and I really felt like dancing.

That night I went to see a friend in a comedy show at Second Street Comedy Club in Harrisburg. I had to go solo since the hubby was watching the NBA Finals, but had a great time anyway!

And that's my weekend! I hope you got to do some fun things!
Posted by Meg Go Run at 7:19 AM

Email ThisBlogThis!Share to TwitterShare to FacebookShare to Pinterest
Labels: family