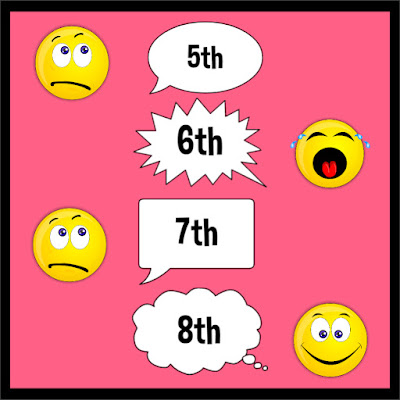 We continue this walk down memory lane with 5th grade and middle school. I know middle school is an awkward and unhappy time for a lot of people. I remember getting picked on in middle school for various things, mainly the way I dressed. But I did my own thing anyway, because my momma taught me to be myself! 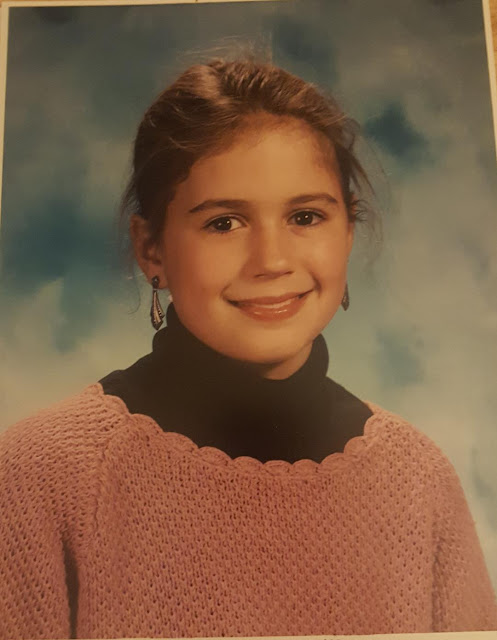 We took a week long field trip to Camp Hebron. We stayed overnight in cabins and 12th graders were our camp counselors. My camp counselor would swear at us. I guess they didn't have a very good screening process... 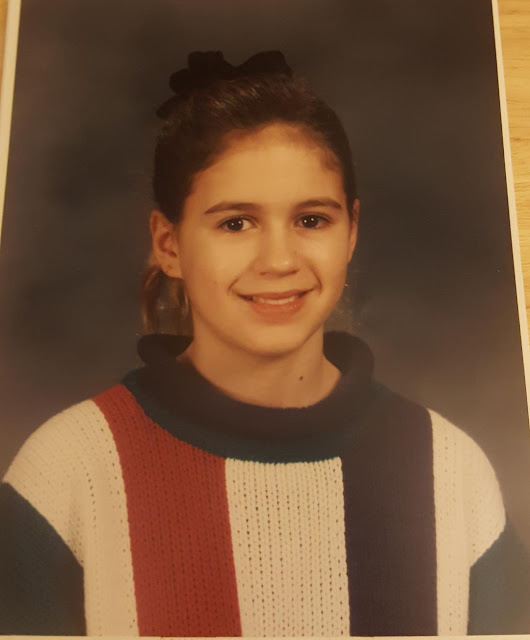 I had a hard time adjusting to middle school. I became a PERFECTIONIST. One thing I remember doing was erasing my homework and trying to write as neatly as possible. I dreaded going to school.

BUT my striving for perfectionism made me the first student of the month ever at my middle school! Don't worry, I stopped being a perfectionist after awhile... 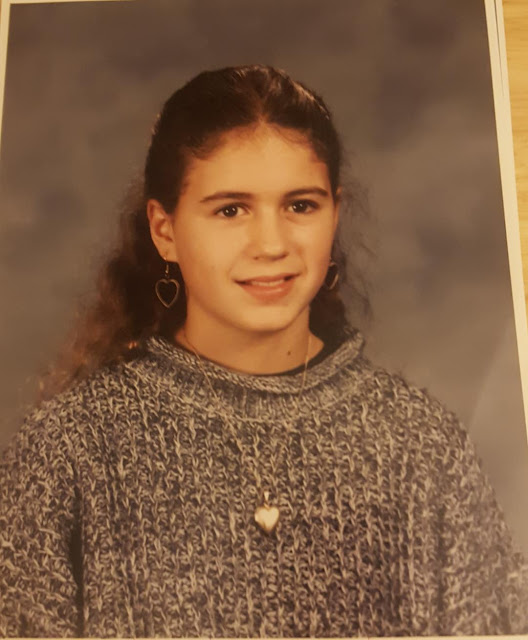 Middle school was the time I really connected with my friend Sherrie. In fact, we became best friends. We became so close that we decided we would pretend to be twins. I was Tia and she was Tamara. (Yes, we pretended we were the Mowery twins!) We dressed the same as often as we could. 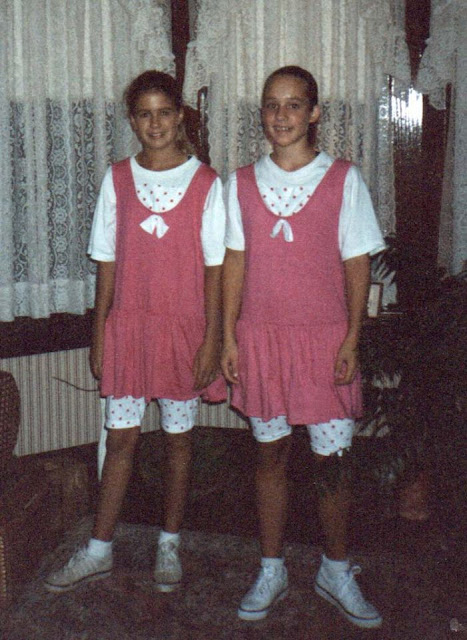 Obviously, this did not make us very popular and OBVIOUSLY people called us lesbians. Because, middle school. 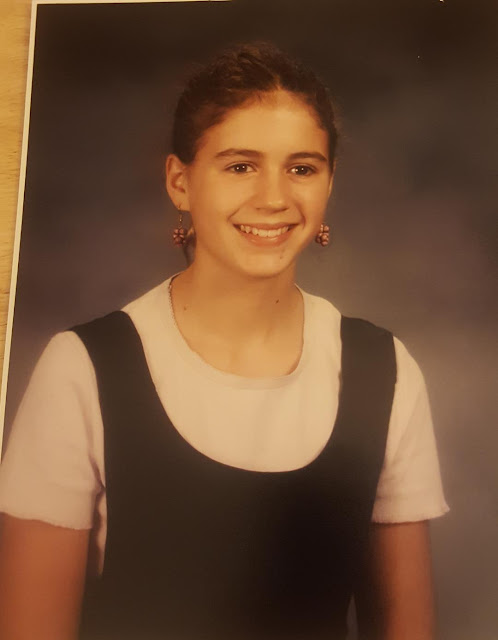 By now, I had a group of friends, but was definitely the least popular and most picked on one in the group. I didn't have a boyfriend or even any prospects, which really made me feel left out. Especially when I was the only person who went to the 8th Grade Honors Dance by herself.

Tell me a memory you have from middle school!
Were you popular?
Posted by Meg Go Run at 4:13 AM