The Race That Wasn't

I thought I would run a race on Saturday. There was a 10 mile trail run at Rocky Ridge Park. It was only 35 minutes from my house and started at 10:20. A nearby trail race with a late start? That's right up my alley!

However, when I woke up that morning and thought about whether or not to do the race, the cons outweighed the pros...

1. I love running trail, it's always an adventure.
2. I felt like running a longer distance than my usual 6 miles.

1. I had my period and my lower back hurt.
2. I was tired due to only getting 5 hours of sleep. During the time I wasn't sleeping I was violently coughing.
3. I was still on steroids and antibiotics from having strep throat.
4. The course was going to be rocky, and with my fatigue, I was scared I would fall or twist an ankle.
5. If I started the race and felt fine but then needed to bail, it would be a waste of time and money.

It was smart not to do the race. I went on with my morning. I drank coffee, took my time waking up, blogged, and had a good breakfast.

It was quite hot out and there's not a lot of shade in my neighborhood, but I wanted to try for the 10 miles I would have done at the race. I mapped out a 3.33 mile loop which I was going to try to run three times with two a/c breaks.

Off I went for the first loop. It was pretty darn hot. I focused on going slow, not letting my heart rate get too high and not letting my body get too hot. Oddly, I did not cough at all while I was running. I tacked a little on at the end and took my first a/c break after 3.5 miles.

I felt okay running but when I stopped and came into the house, I didn't feel as good. But once my heart rate got down I was fine. I took my a/c breaks to a new level by trying a tip recommended by Erica @ Erica Finds. I put a wet head band in the freezer and switched it out with the one I was wearing. It felt sooooooooo good! I highly recommend this tip! 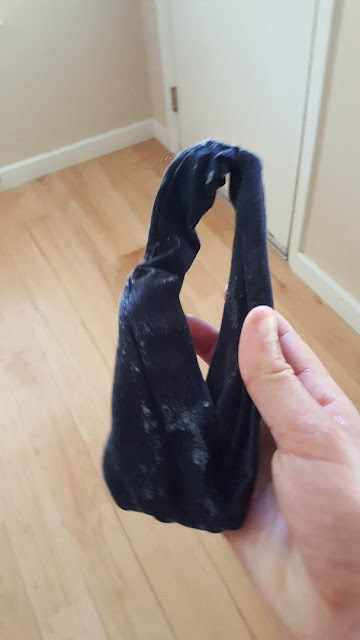 Off I went for my second loop, but I went rogue and didn't do the loop I mapped out. I ran until I hit 7.15 miles and then took another break. Water and a new frozen headband prepared my for my last push to ten miles.

I was totally open to having another break before hitting the ten mile mark. I wanted to make it to ten, and if that meant more breaks, I was fine with it. But a breeze came along so I actually felt fine and was able to finish the last three miles with no problems. 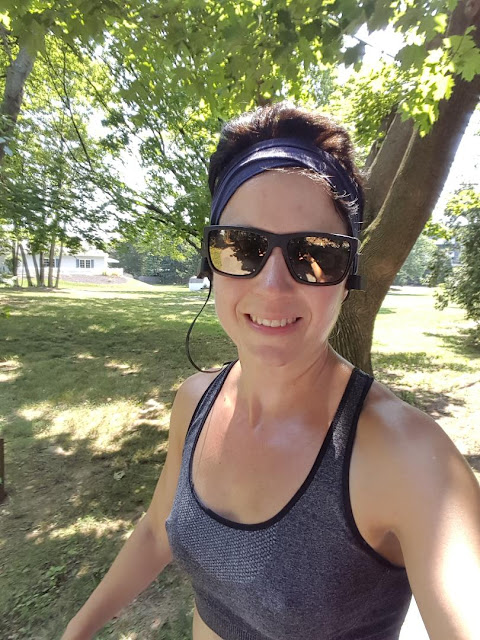 I didn't feel bad about missing the race anymore.

I'm glad I could do the run on my own terms, which was what I needed on a morning like this one!

HEY, do you like my new polarized sunglasses!? I didn't realize how awesome the polarized ones are! It's a whole new world for me. Everything is so clear and high def!

When was the last time you bailed on a race?
Ever try the frozen hairband trick!?
Do you like the polarized glasses?
Posted by Meg Go Run at 5:30 AM