Yippy skippy, it's Friday! It's so easy to be in a good mood on a Friday. I lifted chest at home and then I went outside to practice jump roping for the Jump Rope For Heart assembly at my school. I volunteered to be in the jump rope contest... I was hoping not to make a fool out of myself! 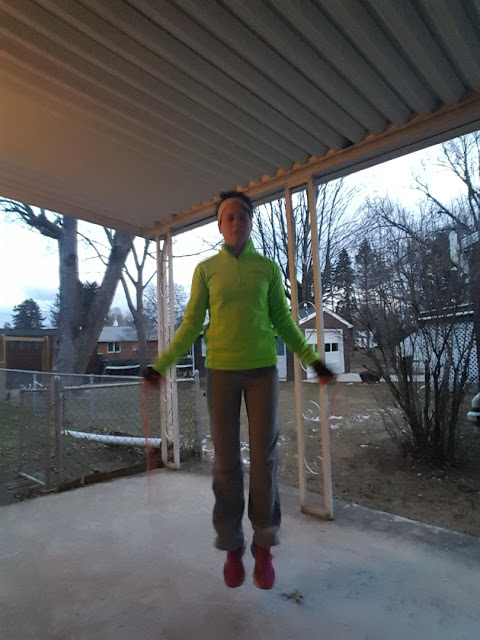 When I got to school I saw that my Recorder Karate progress charts fell down! Turns out I was using the cheapo duct tape. I got the "good stuff" from my colleague and fixed it right up. 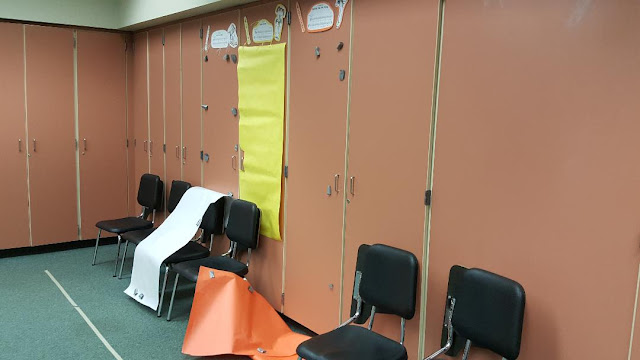 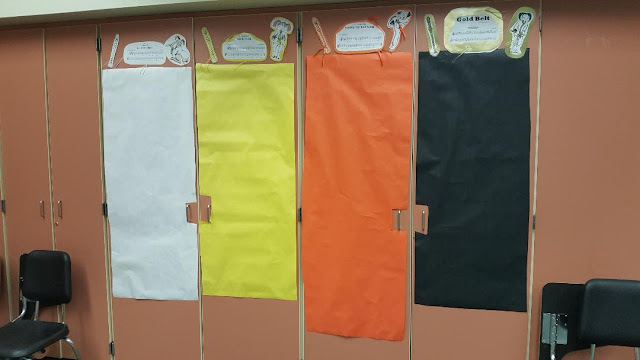 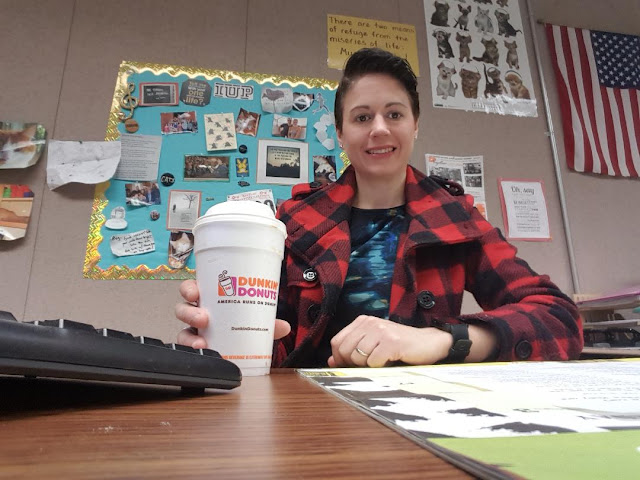 Ms. Michael, ready to take on the day!

My friend Cindy brought over a Green Eggs and Ham rap for Read Across America Week. I think we're going to be rapping some Dr. Seuss this February! 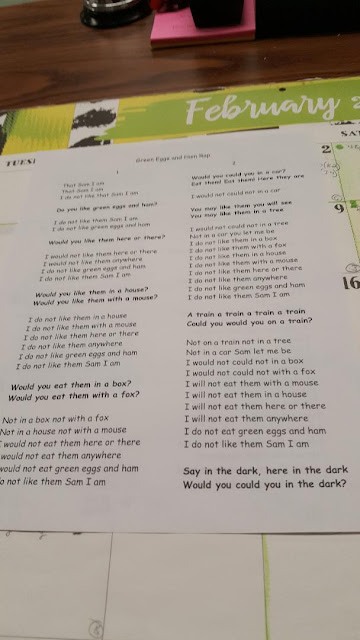 The rest of the day was pretty easy. My classes went well and so did the  jump rope assembly. It was a tie between me and the art teacher. We both went the full minute without messing up. She was doing all kinds of awesome tricks she learned at her boxing gym she works out at.

Here's what I wore for the contest... 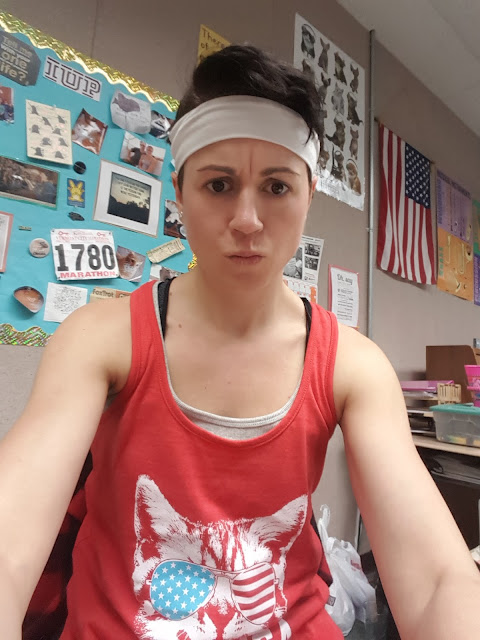 When I got home from work, I helped Paul cook. My parents were coming over for dinner. It was their Christmas present! We made tilapia, asparagus, angel hair pasta, bread, and coconut custard pie. It was delish! We had so much fun chatting and laughing. My parents are the best. 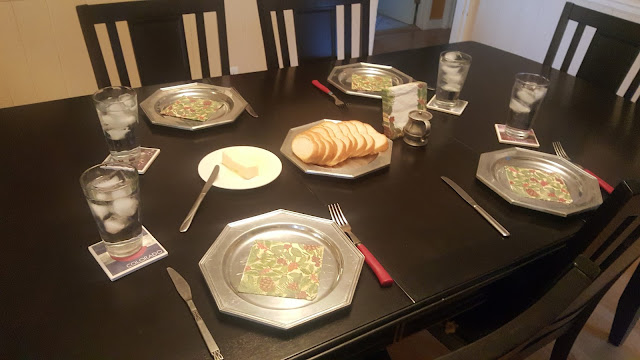 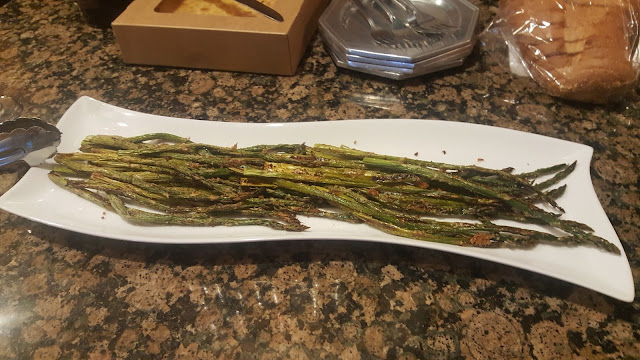 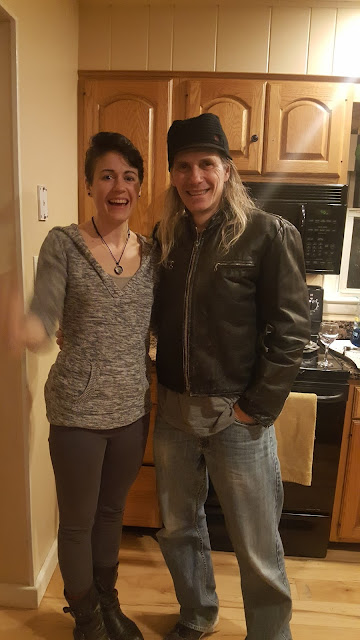 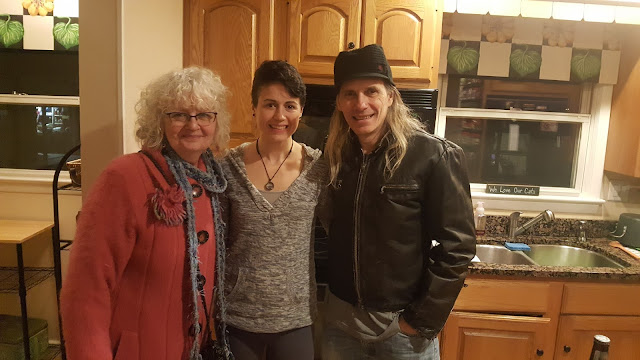 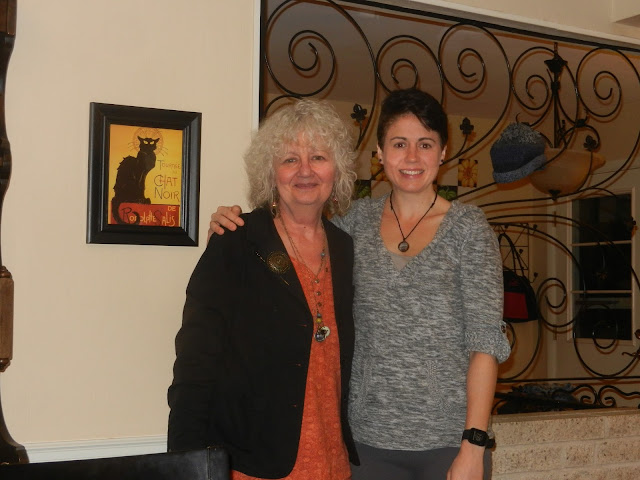 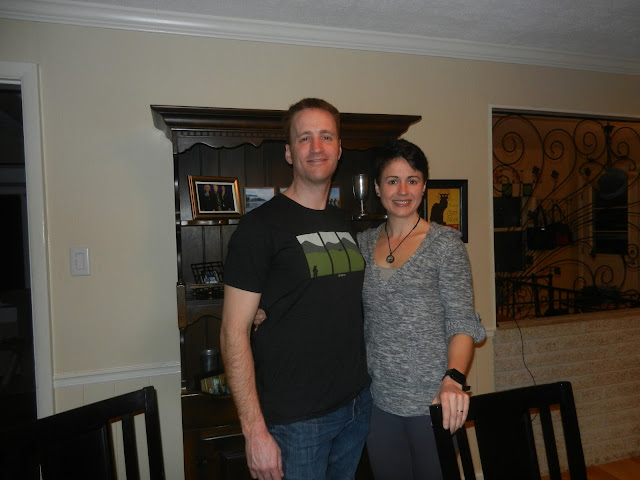 Before going to bed, Paul and I watched Jake Tapper. Raise your hand if you are as concerned for America as Jake Tapper is... 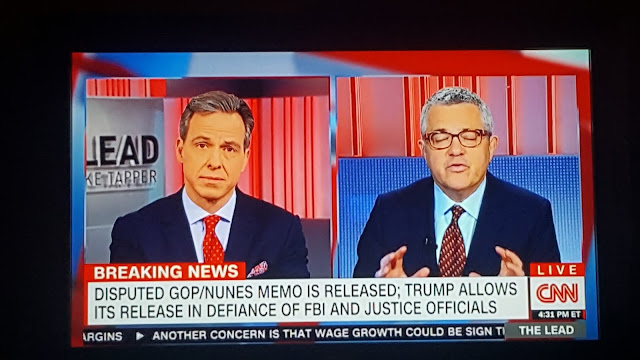 My morning was spent drinking tons of coffee and "finishing" a puzzle. I put "finishing" in quotation marks because I quit when all I had left was the trees. I just didn't feel like putting together the trees so I called it a day! #quitter 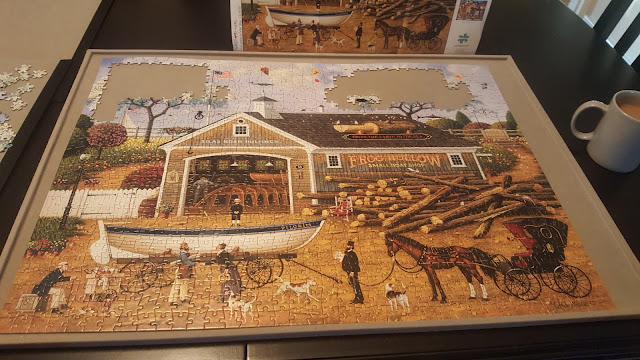 Then I met my dad at the Appalachian Trail on 850 in Marysville. We ran 12 miles total- South to Scott's Farm and back. It was a great run! 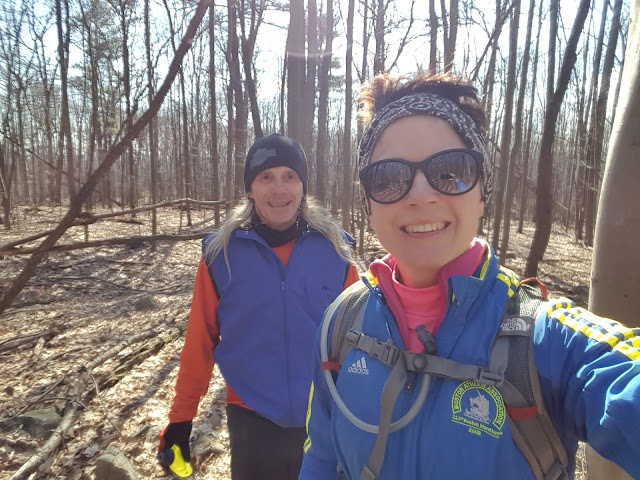 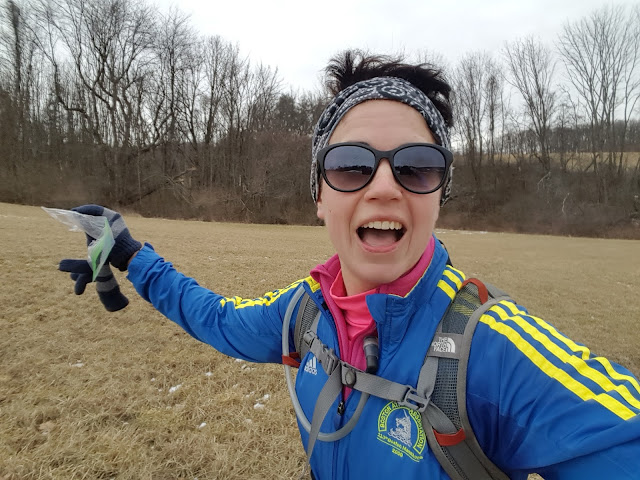 Later on that afternoon, I had Godspell rehearsal from 4-8pm. We rehearsed in the basement of the theater which is so cold. If we're not dancing, I'm freezing. There's nothing I hate more than being cold. I eventually put on my winter jacket and then I felt better. I just need to bundle up more.

When I got home, Paul had a glass of wine ready for me! What a guy!

I slept SO HARD on Saturday night- 10pm-10am! I did wake up for one hour in the middle of the night. Jelly woke me up to get fed and I noticed my phone (Galaxy S6) was SO HOT. The screen said "temperature too hot, closing apps to cool down". I was scared it was going to catch on fire like the S7s did!

After turning off my phone, I got out my laptop to see what was going on. Apparently this is a problem that can happen with my type of phone when it is plugged into a fast charger- which it was. I hope it doesn't happen again. Luckily, I have a warranty so if there is something wrong with my phone, it will get fixed or I will get a new one.

When I got up for real, I had an alert on my phone that rehearsal was cancelled. I looked outside- it was snowing hard! I won't lie, I had a lot to get done around the house, so I was excited for a day to be productive. 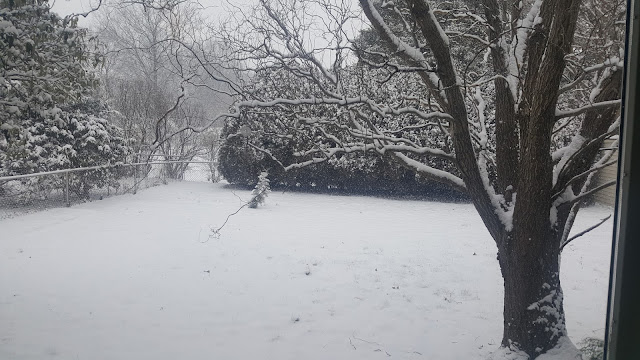 But first... coffee, the news, puzzles, and cats! I puzzled hard for about 4 hours straight before finally crossing some items off my to do list... 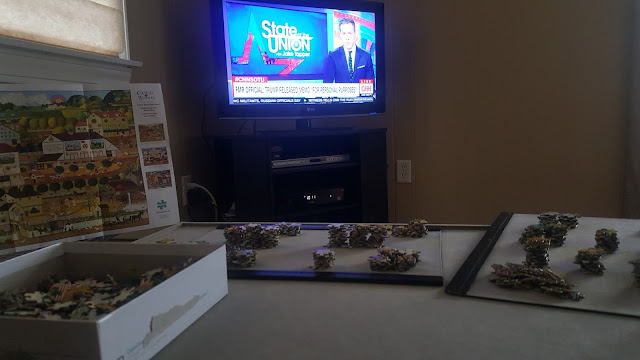 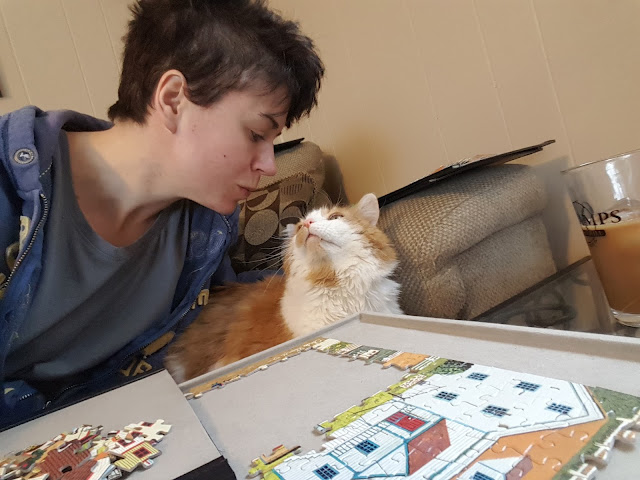 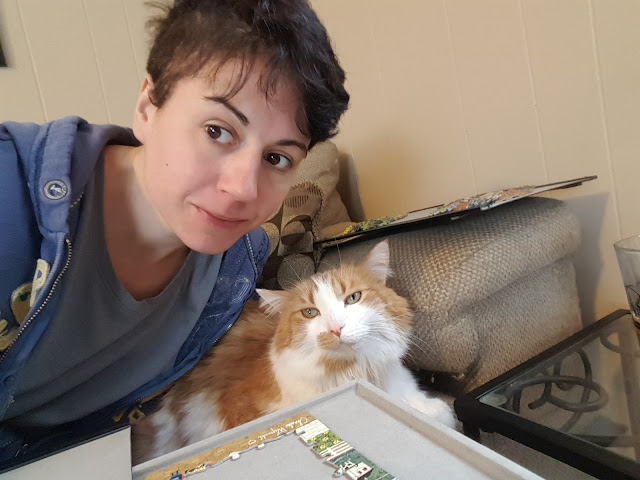 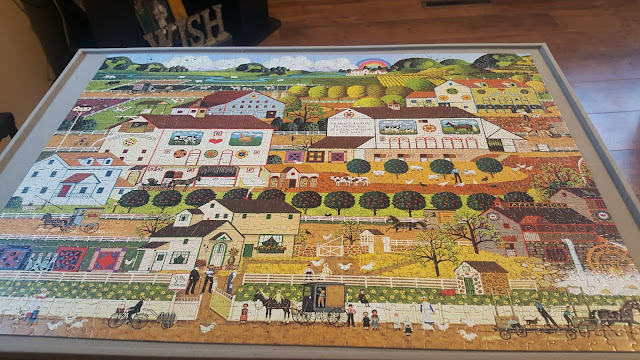 One of the things I had to do was practice my music, choreography, and blocking for the show. And I needed to MEMORIZE it because we're supposed to be off book in a week. Guys, my memory has gone to SHIT. I can't remember anything these days so I have to make a concerted effort to get all this stuff memorized. So I got situated in my music room and went through the entire show, taking notes on the order of things and marking stuff I have to review again to make sure I remember it. 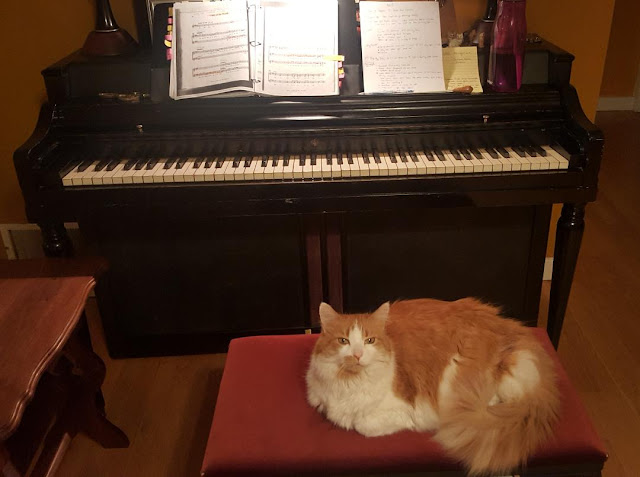 Paul had a couple friends over for the Super Bowl. I don't watch football so I just fiddled on my computer while they watched the game. But I did watch Pink perform the Super Bowl on Youtube later. Here are my thoughts...

1. What did she take out of her mouth at the beginning? If it was gum... that's super tacky. If it was her cough drop, okay, I get it, she had the flu.

2. She should have sung acapella... the music was cheesy.

3. The singing was heavy and yell-y and the high notes at the end were terrible.

4. But she had the flu so mega props for singing live anyway!

Did your phone ever get super hot?

WHAT DID YOU THINK OF JT'S OUTFIT? What a clown. His show was good though.
Posted by Meg Go Run at 5:30 AM