1. Winning a 10k. Yes, winning was FREAKING AWESOME, and I recommend that you all do it at some point, but the best part of that race was that my parents and brother were there to see it happen. 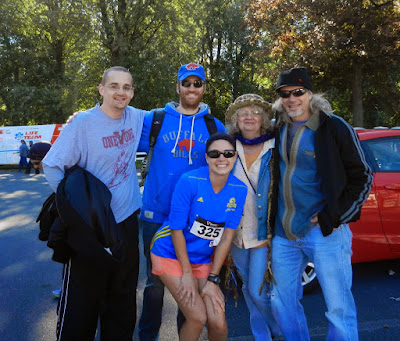 2. Harrisburg Marathon, 2012. My PR. I don't think about this whole race, I think about seeing my dad at Mile 2 and at mile 25. He works in downtown Harrisburg and was able to sneak away from work to see me at the beginning of the race, and then again a little over 3 hours later when I had less than a mile to go. I was reaching my goal, and my freaking DAD was there to see it happen! 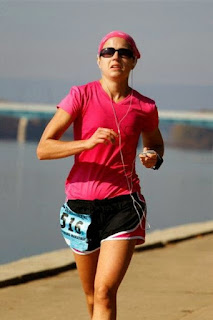 3. Crispy Runs. I used to run with a wonderful group of people called the Crispies. We would get together on Saturday mornings for long runs. Running long is way more fun when you have good company. I have so many fond memories of running with the Crispies! 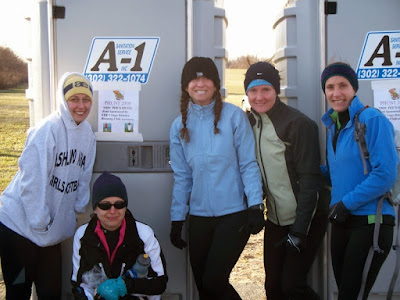 Me and some Crispies posing before the Phunt 50k at one of the port o pots we sponsored! Gotta love running friends with a sense of humor! 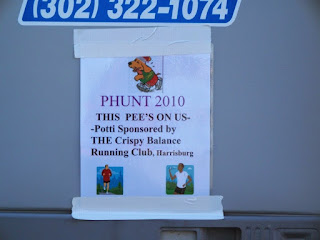 4. Sweet Caroline at Boston. When I ran Boston in 2014, I had really trained to walk/run it due to knee surgery less than 3 months before the race. Unfortunately, sometimes when it was time to take a walk break, it was IMPOSSIBLE to walk. I remember approaching a town square early in the race (probably Framingham) and it was just PACKED with people. A Neil Diamond impersonator was singing Sweet Caroline and the spectators were singing along- "So good! So good! So good!" It was IMPOSSIBLE to take a walk break during that! 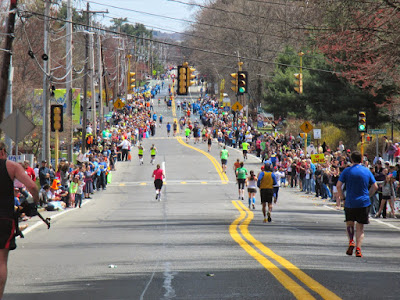 5. Harrisburg Mile, 2013. The reason I think about this race is because it is an example of a time I didn't hold myself back. I was neck and neck for second place in my age group and I was about to surrender and let the other girl pass me, but then I decided- NO! WHY NOT ME? 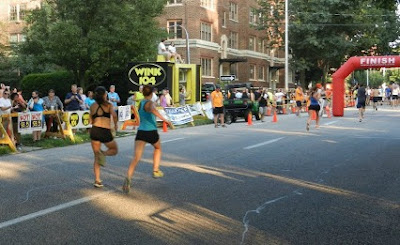 That's me in blue, deciding if I really wanted to, I could pull ahead!

What is on your running highlight reel?
Posted by Meg Go Run at 5:30 AM