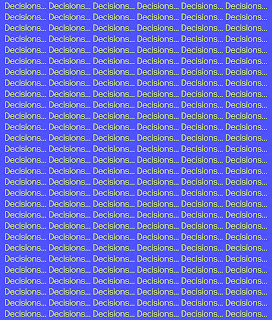 Recently, I shared with everyone that I have BIG GOALS. I want to PR in the marathon and BQ... soon. Ideally, 2017, but if I have to wait until 2018 (or even later if things really don't go well), then so be it.

The point is, I'm READY to move forward and get this ball rolling. So the first thing I had to do was figure out what marathon would best help me achieve my goals. My current PR is on a relatively flat course (Harrisburg), which has actually gotten FLATTER since I ran it in 2012. After a lot of searching on the internet and in my soul, I narrowed it down to the Lehigh Valley Via Marathon on September 11th and the Harrisburg Marathon on November 13th.

Let's start with the Pros/Cons of running Via... 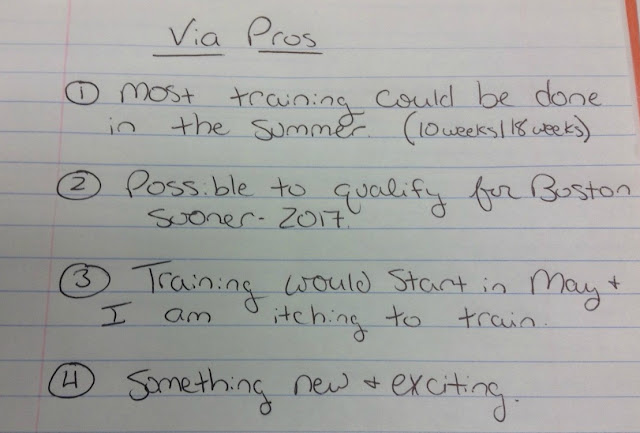 #1 and #2 are very important PROS for me! Training mostly in the summer will allow me to be a RUNNING DIVA and pretty much revolve my days around my workouts. Also, it would be so cool not to have to wait 2 years to run Boston and qualify sooner. I'm not getting any younger. 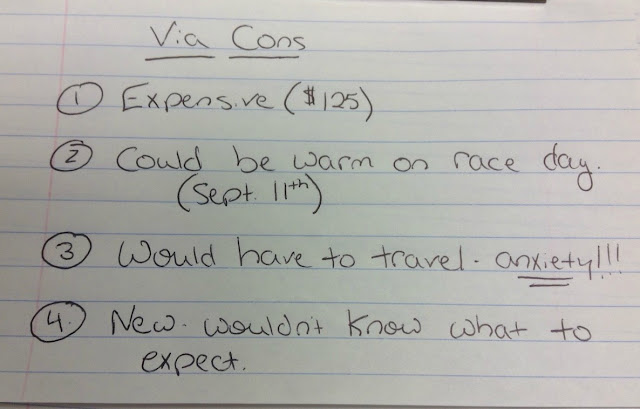 #2 is my major concern about Via. But Allison reminded me that PA weather is extremely unpredictable and it is almost impossible to pick a race with ideal weather conditions unless you have a magic 8 ball.

Okay, let's take a look at the Pros/Cons of running Harrisburg. 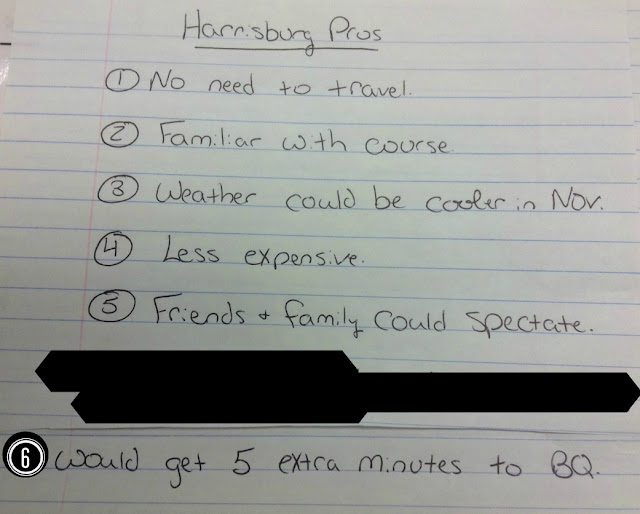 First of all, I messed up and wrote a con on this list, so I covered it up using PicMonkey, but I swear I did not purposefully make the banner look like a penis! 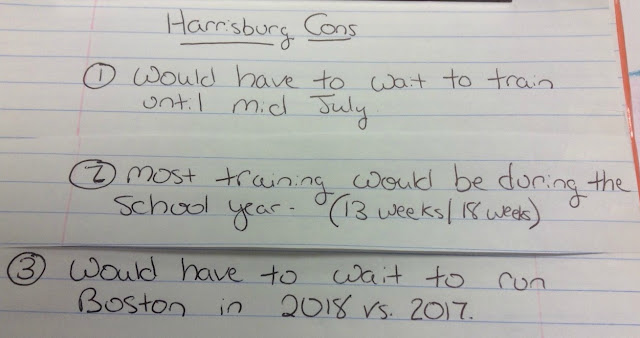 I can't even pick just one con that sticks out as the most important. All of these cons are bad, and they all revolve around the fact that I am ready to train NOW. I want to run Boston SOON. I want to be a running DIVA and train during the summer. I am like that little girl from Charlie and the Chocolate factory that wants everything now, now, now! (The difference is, I'm ready to WORK for what I want now, now, now!)

Well guys, after making my epic list of pros and cons, talking it over with some running friends, and thinking about it a lot, I have decided on a course of action!

I will run Via in September with the A goal of <3:28:07 and the B goal of BQ'ing with enough time to spare to actually get into Boston.

If I do not reach either of those goals and my body is not too beat up, I will attempt again at Harrisburg two months later in November. But I am not even going to think about Harrisburg other than that it is in my back pocket. Worrying about whether my body will hold up/bounce back after the Via is useless right now as it is something I can't even predict. And if I reach my A or B goal, it doesn't even matter anyway! So there won't be much talk about Harrisburg here because I will only run it if I need to and keep it in my back pocket until then.

My training plan will be Hanson's. I read the book and am willing to give it a whirl. It is 18 weeks long and will technically begin soon- May 9th! I am still trying to decide between the beginner plan, the advanced plan, or a hybrid between the two. I am writing them both out and color coding them (because I am a teacher) and then will do my big comparison between the two. But more about my lovely training plan in a future post!

Have you ever run Via or Harrisburg?

Do you ever keep races in your back pocket in case you don't reach your goal?