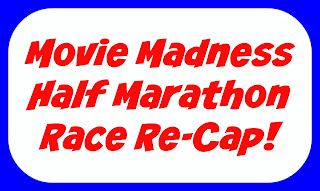 Despite a lot of things not going my way, I survived the half marathon yesterday. The course was 1/4 mile long, there was a headwind for 3 miles along the river, my salt tabs disintegrated from my boob sweat, and my calves started seizing around mile 11.5... most likely due to the lack of salt! My goal changed around mile 12 from a PR to not having to walk it in. I didn't have enough time in the bank to be able to slow down as to not tear my calf muscles and still PR.

Thankfully, I did not have to walk, my calves are still in one piece, and I still managed a time of 1:40:35 (Unofficial). Not bad, considering the conditions. It wasn't my day to PR, that is for sure. (And of obviously it's hard to pace yourself to PR when the COURSE IS LONG. But I promise I will only complain about that 100 more times.) 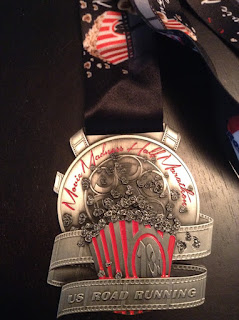 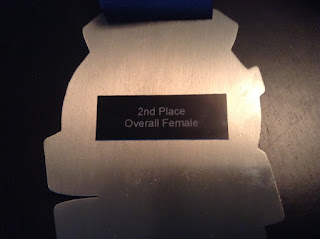 Oh, I got second place female! I'm not going to lie, I would have rather been the last female but PR'ed.

What my time would have been if the course wasn't long?

How I would've held up if my salt tabs hadn't shit the bed and my calves didn't seize up? 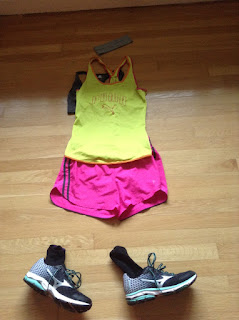 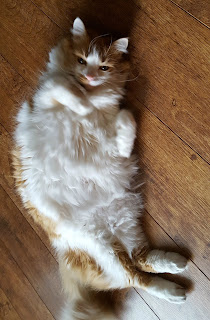 The course started with a loop around City Island and then South along the river to the Green Belt where we did an out and back. I had to pee as soon as I started running and decided I would just pee my pants if I had to. Luckily, the "have to pee" feeling went away and I didn't have to do that.

I felt pretty good at the beginning of the race. Some of my splits were a little fast, some were a little slow. But it all evened out in the wash and I was doing a good job.

Sometimes I thought I felt a side stitch coming on, but I couldn't tell if it was real or in my head. I did some good breathing to keep the imaginary side stitch at bay.

I took two salt tabs at Mile 2. When I tried to take two more at mile six, my plastic baggie was empty! WTF!? I packed four! Where were my damn salt tabs? Then it dawned on me. I had shoved the plastic baggie in my sports bra and the boob sweat/condensation made the tabs disintegrate. Oh well. I felt pretty good, maybe it would be okay? But I was banking on those electrolytes because even though the course had ample water, there was no Gatorade. The last little bit of electrolytes I had was gone. I guess I could have licked the inside of the plastic baggie, and in retrospect, I should have!

There were not many spectators at all and I was on my own for much of this part of the course. I liked it. It was peaceful. There were a bunch of speedy guys in front of me but I was the first woman this whole time. At Mile 5 when I went through the turnaround, I saw the second female was only like 20 seconds behind me. I told myself, Don't do anything stupid! You are not here to win! You are here to PR! I didn't speed up at the sight of her. I just kept chugging and running my own race.

Around Mile 7, we were running North along the river and the head wind was strong. My pace dropped a bit. I was okay with it. I was trying to run by effort and my eyes were not glued to my Garmin or anything like that.

It was a little bit muddy and I almost slipped and fell at one point! Boy would have that pissed me off. But a gust of wind did blow a bunch of dirt in my face and eyes. Dang. I was going to look like hell by the time this race was over!

The woman who was in second place started running beside me and introduced herself. We had a mutual friend and were chatting a bit about just running in general. She was very nice. I told her I couldn't talk anymore because I was out of breath, but to have a good race. She pulled in front of me and picked up the pace a little bit as we reached the last turnaround at about Mile 10.5.

I stayed right behind her and started making up some time I had lost from the wind. Maybe I could still PR! I knew running without the wind in my face as we headed back to City Island would be easier, and of course there would be some pep in my step as the miles dwindled down. I can still do this!

But all that went out the window at Mile 11.5 That's when I felt my left calf seize a tiny bit. Uh oh. I kept running. About 50 steps later, it seized a tiny bit again. Then my right calf mimicked my left. NOT THIS SHIT AGAIN!!!!! If you will remember, I had calf issues at the end of the Dover 10 Miler and MAJOR calf issues at BDR. My calves felt exactly how they did at BDR and I had almost two miles to go. It looked like instead of picking up the pace for the last two miles, I was going to be lowering my pace.

This is also the point I realized the course was either going to be short or long. I knew we were running back over to City Island, but I couldn't remember if we circled the island or not. If we circled it, the course was going to be long and if we didn't circle it was going to be short. Either way, I was pretty pissed off. Seriously, THEY ONLY HAVE TO GET ONE THING RIGHT. THE FREAKING DISTANCE. How hard is it to do that? And I promise, I did not take wide turns, meander, or do anything like that.

The woman in first place pulled farther ahead as my calves were forcing me to slow down. I was sad. I love to sprint it in to the end. There was no way I could do that. You can't push through muscles that are literally knotting up. It wasn't that I gave up, I just had no choice. If I pushed the pace, I was literally going to fall over.

My Garmin beeped 13.1 and the finish line was still quite a ways ahead. Freaking A. I was mad. Somehow I made it to the finish line. They announced my name and that I got second place, which was pretty cool. As soon as I stopped running, my right calf seized and I almost fell. I grabbed water, my medal, and a banana, and then just ate the 'nanner while I kept walking. There was no way I was going to sit down or something stupid like that. 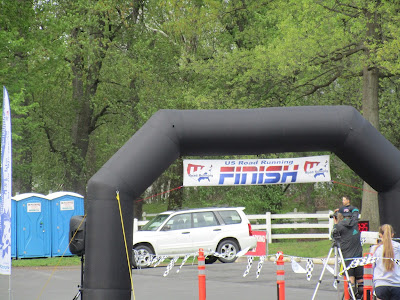 Since there was no awards ceremony and no one had come out to spectate me, I walked about a mile and then jumped in my car and drove home. Oh, a nice girl took my picture before I left. I looked like a hot mess. 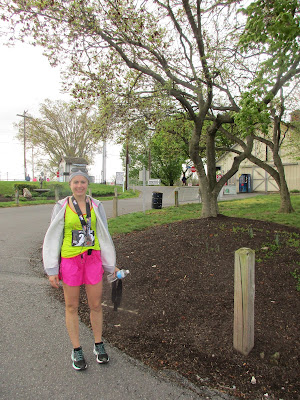 So I am not sure what I learned from this race other than I can't let my salt tabs disintegrate and I probably needed more electrolytes than I brought along. I know I need to stop being so nervous before a race starts (I was shaking) and using up nervous energy. I need to figure out how to be properly hydrated before a race. I am not sure how to do that as I use the bathroom 50,000 times before the race. I feel like I am depleted before I even start. That can't be good.

This race wasn't good or bad. It just was. But I'm going to be honest. I am nervous about this calf cramping thing. I need to figure that out or I don't understand how I am going to manage to PR in the half marathon again, let alone the marathon!

Also, the more I think about it, the more FRUSTRATED I get. It seems like my best runs are during training. I never cramp or get side stitches during training runs. I've PR'ed in the half during a training run this fall. I ran a 1:34! Why can I bust that out when I am just running circles around my hood on tired legs but on race day when I am tapered, I shit the bed? Sorry. I just had to vent. I would love your insight on this as I think I am too "in" the problem to have proper insight on it.

That being said, I wish I could just be happy with the way my body performs during training. I mean, it is DOING what I want it to do. So I don't have an official finish time on the internet. Aren't the sum of all my training runs more important than just one day? Yes. I wish I didn't feel compelled to perform a certain way during a race, but I do. I suppose we all do???

One of these days I will ring that PR bell.

Post Race Update: My calves felt a little weird after the race, but by the evening they felt fine. I wasn't tired or feeling beat up the rest of the day or anything like that. It was sort of like after the race was over, I bounced back, which is good news. I refueled at the Pizza Grille, where I ate and drank my weight in pizza and wine. I told my MIL about my seizing calves and the salt tabs that dissolved in boob sweat. "Well your boobs didn't cramp, did they???" she asked. AAAHAHAHAHAHAHAHAHA!!!!!