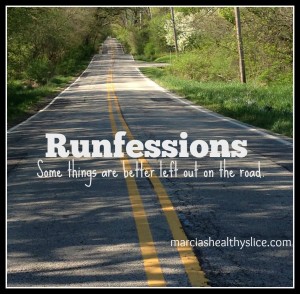 **Note: I have no idea why some of this is highlighted and some isn't... Blogfession #1 I don't know a whole lot about the technicalities of html!**

Runfession #1: On Tuesday, it was about 35 degrees for my morning run. I was too lazy to go down to the basement and get my running tights, so I ran in shorts. For some reason, going down to the basement seemed like more of an effort than running 5 miles with cold legs. That's runner logic for ya!

Runfession #2: During that cold run, I noticed I still have a running shorts tan from last summer! I tried to take a picture but the coloration is not accurately reflected in the photo.

Runfession #3: In preparation for my half marathon in Florida (which is in a few weeks!) I had vowed to do some treadmill runs at Planet Fitness to get used to running in high temperatures. Guess how many treadmill runs I have done? Zero. If I bonk due to the temperatures, I have no one to blame but myself. You heard it here first.

Runfession #4: In normal runner "second-guess-yourself-right-before-a-race" fashion, I have started to fear I didn't do enough long runs to train for this half. Looking over my training log, I did three 10 milers, one 12 miler, one 13.1 miler, and several 8 milers. Tomorrow I plan to do 10 miles since the race will be two weeks away and I don't want to do anything crazy. I just have to trust that my endurance is there! Obviously, now isn't the time to squeeze in long runs. If I was going to do longer runs, I should have done them by now.

Runfession #5: I haven't been to Planet Fitness since July 3rd. Ever since I bought my big girl weights, I have been more motivated to lift at home. But after rereading Runfession #3. I think a trip to the gym is in order... 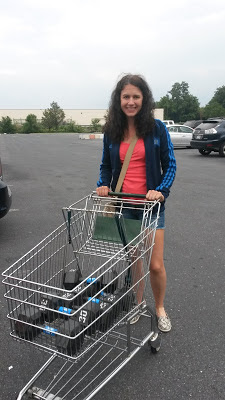 That was the most money I ever spent on hunks of metal.

Tell me one of your Runfessions... or Blogfessions!
Posted by Meg Go Run at 5:30 AM