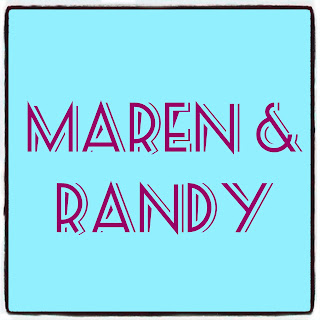 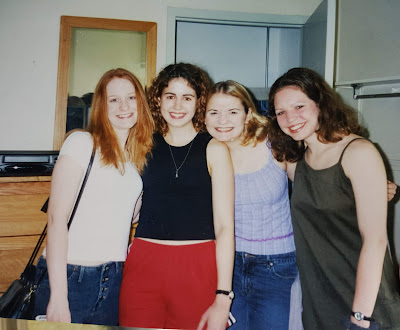 When I think back to fun times with friends, I do not think of high school or college. I think of my days doing musicals with local community theaters. This is where I made some of my best friends.

Maren and Randy are my two closest friends who I have known the longest. You have probably seen them on the blog before! I met Maren and Randy while doing community theater.

I met Maren when I was about 15. She was helping out with lighting for a show I was in. We both met Randy when we were 16 and we were in a production of Annie. Through the years, I have performed in many shows with Maren and Randy. They have both directed shows that I choreographed. We have taken crazy beach trips together when we were in our early 20s. I just have lots of great memories with both of them and I love them so much. Here are some pictures of me and my pals throughout the years... 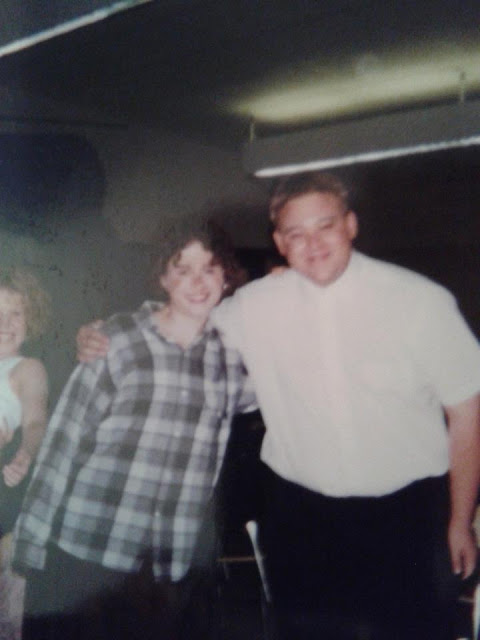 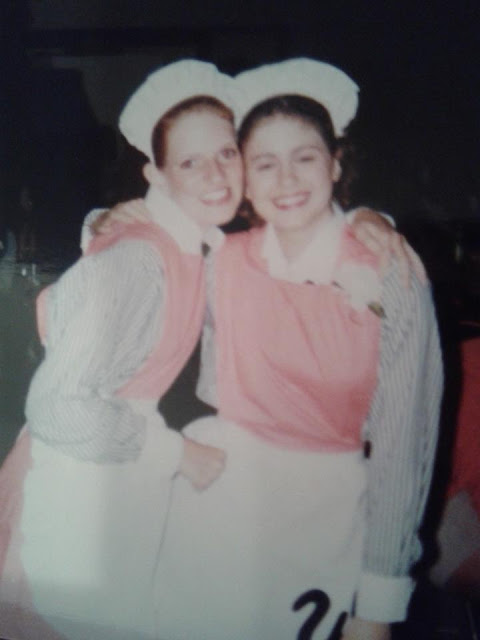 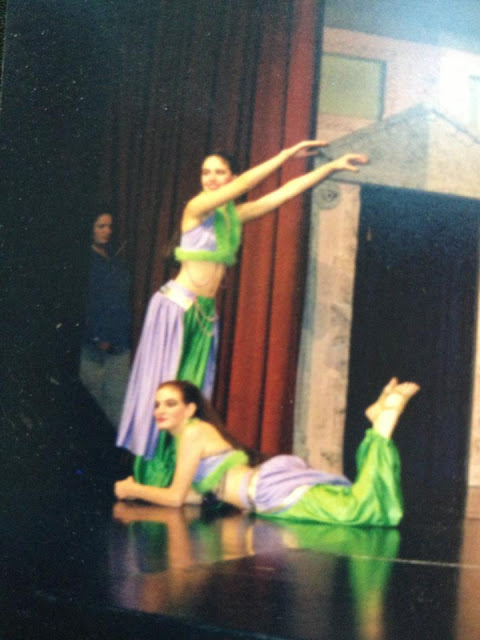 Maren and I as The Geminae in A Funny Thing Happened On The Way To The Forum
Can you tell us apart!?
(2000)

One reason I like Maren and Randy so much is because they are funny! They have always been hilarious and not afraid to be silly. 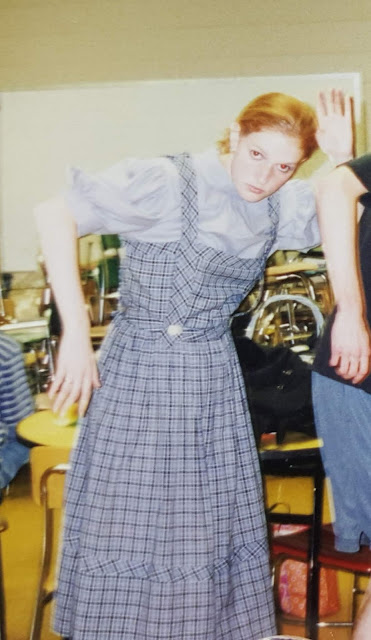 Maren as Dorothy in The Wizard of Oz doing the "Lazy Arm". 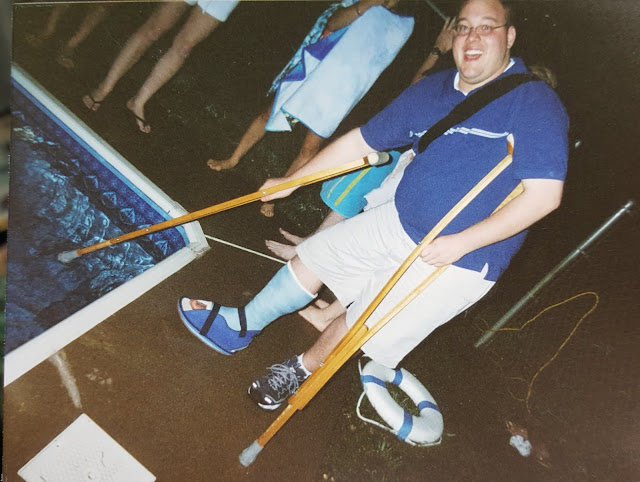 At a cast party... Randy couldn't swim, but he could dip his crutch in the water! 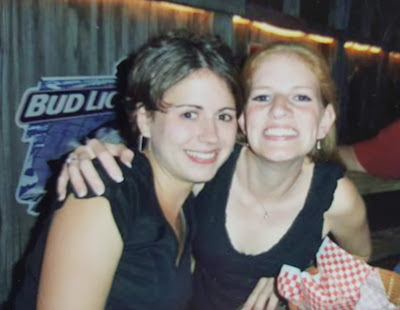 We used to go out after musical rehearsal! Those were the days!
(2004)

Remember those crazy beach trips I mentioned? Here are some of our shenanigans...

First of all, I remember loading the car was a huge ordeal. We had a lot of stuff... 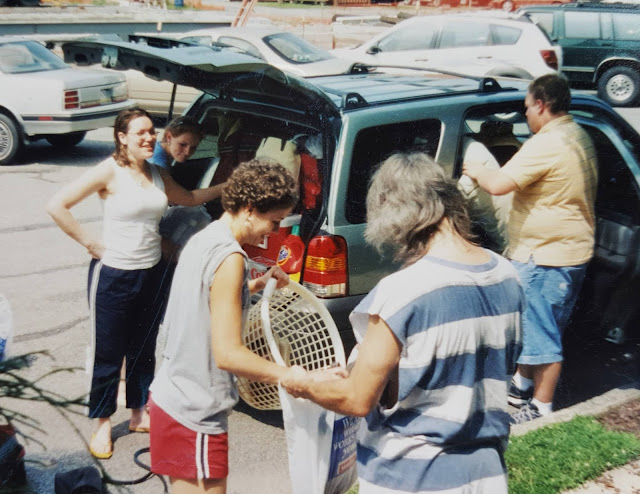 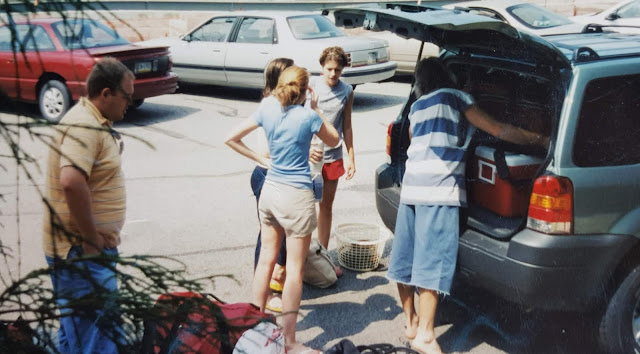 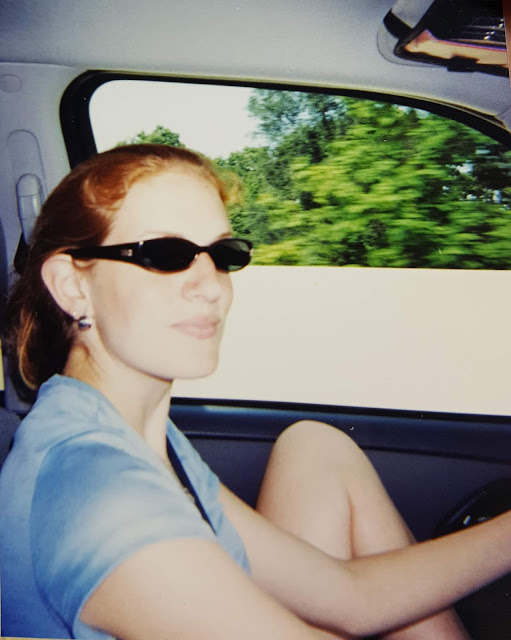 Eventually we got everything loaded and Maren drove us to the beach! 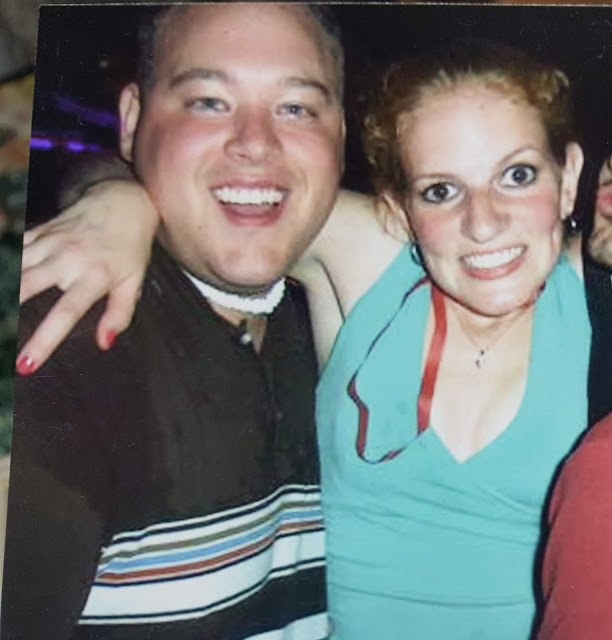 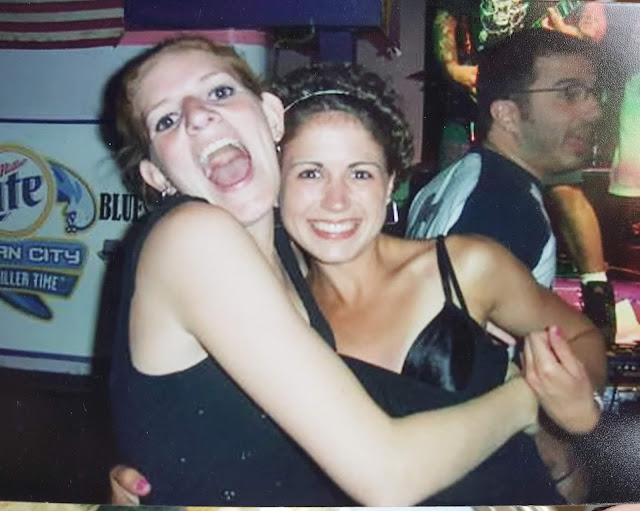 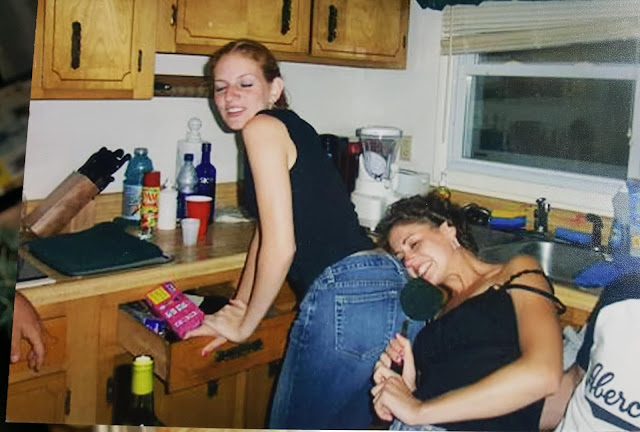 Hmmm... we may have been drinking. Don't worry, we were of age! 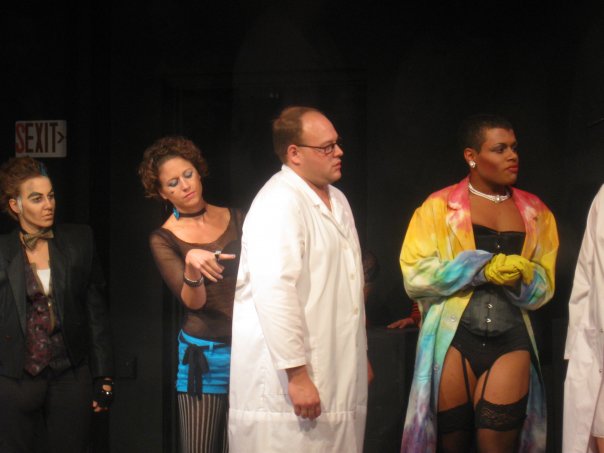 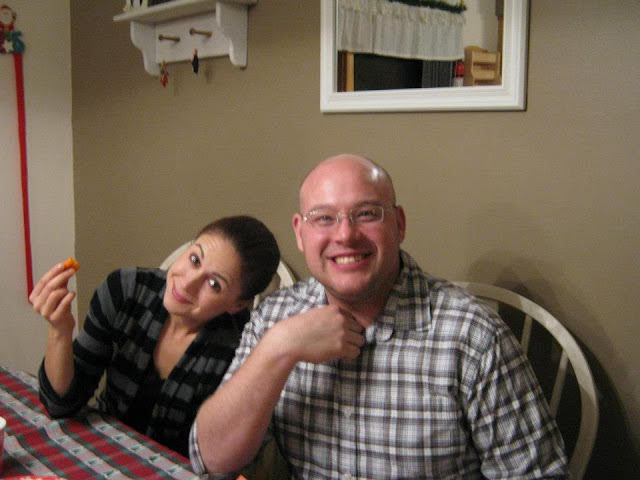 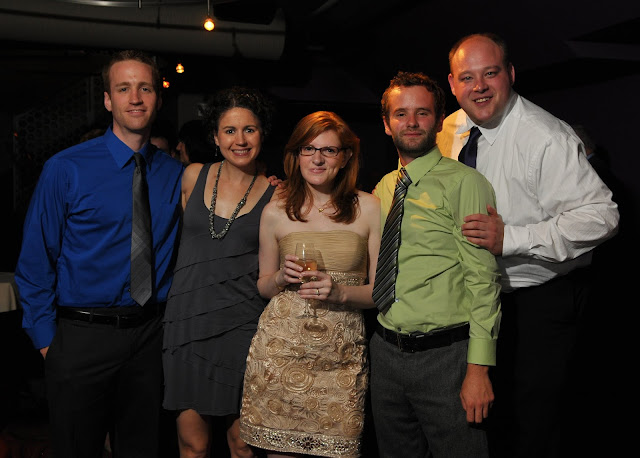 Maren's wedding in 2011.
That's our friend Luke in the green, not her husband! 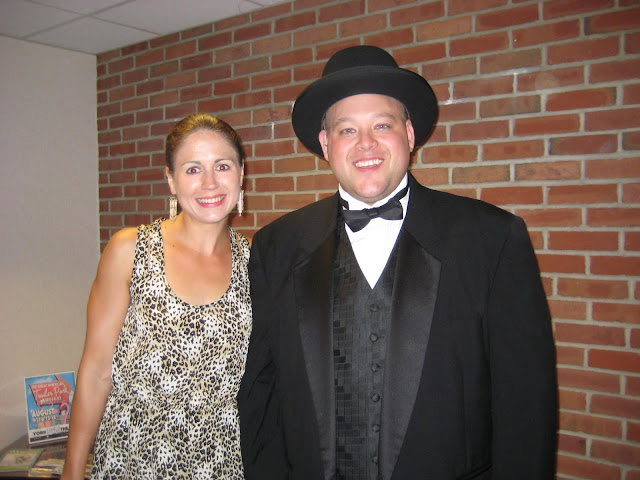 Went to see Randy as the lead in The Producers 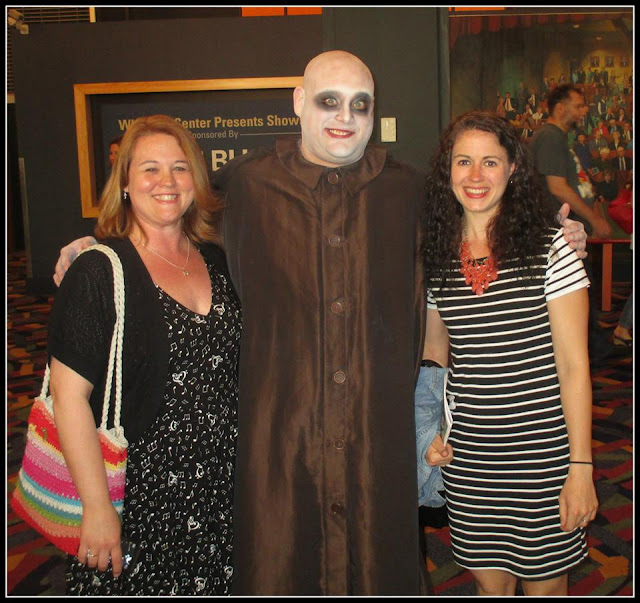 Randy as Uncle Fester in The Addams Family 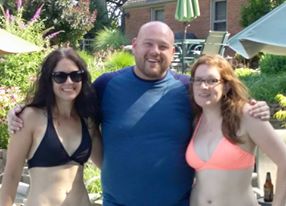 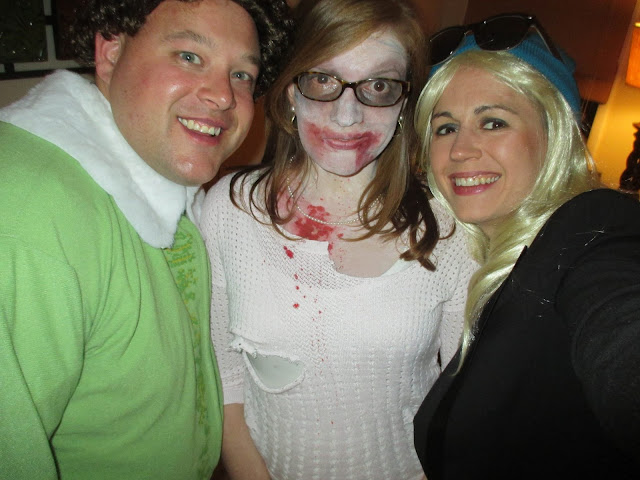 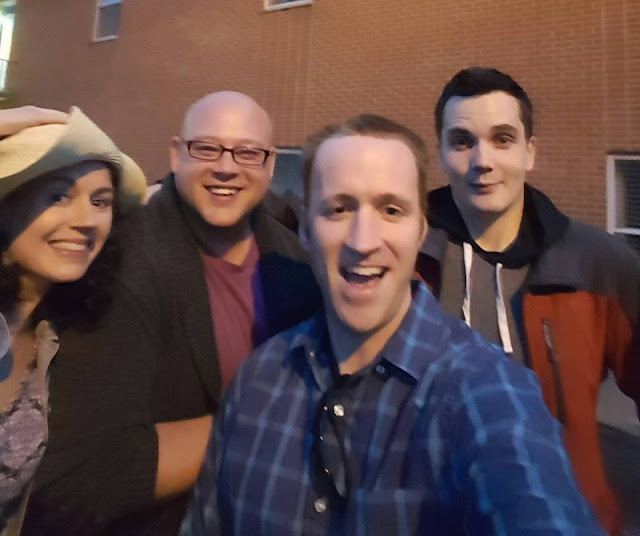 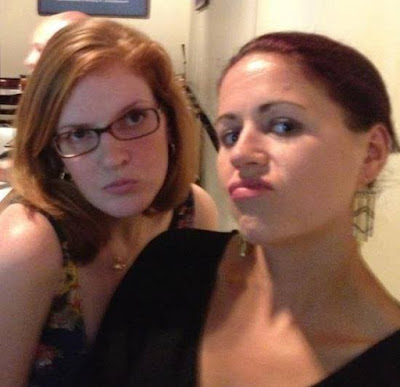 No idea where this was taken but obviously we were feeling a bit gangsta! 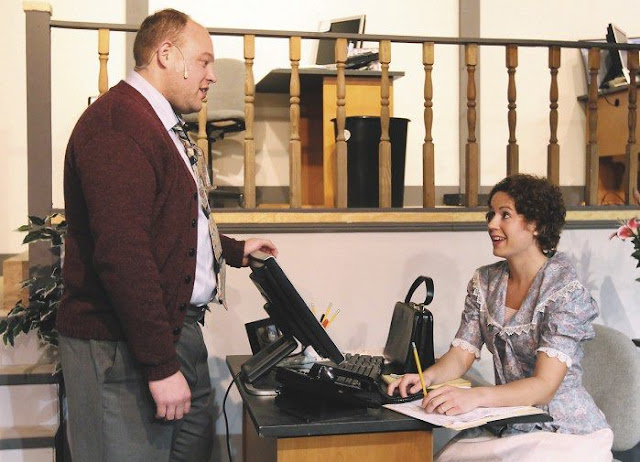 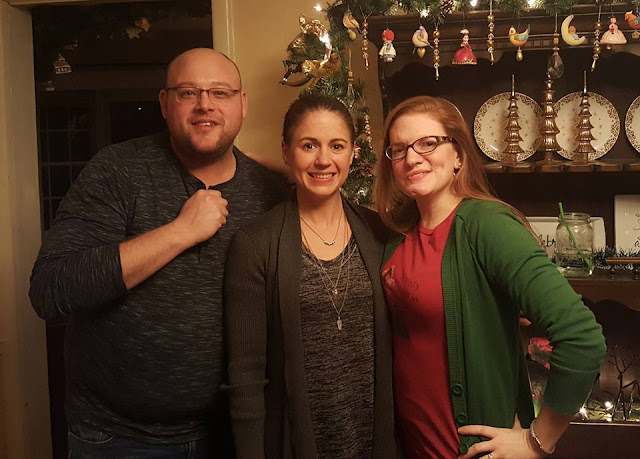 Maren, Randy and I recently got together to have dinner with our partners. I'm so glad we still make time to see each other after all of these years! 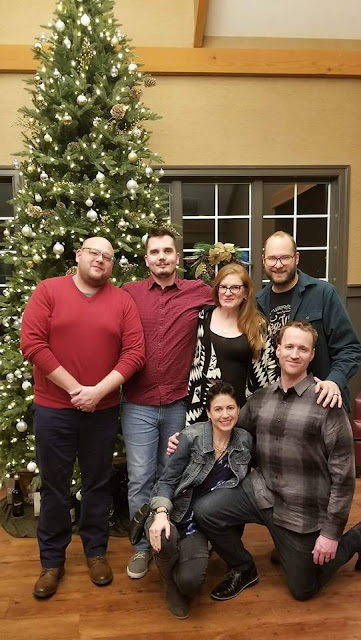 Do you still keep in touch with high school or college friends?

Who is your oldest friend you still keep in touch with regularly?
Posted by Meg Go Run at 5:30 AM