Growing up, I was an avid reader. It was my favorite thing to do. Soon, I became a writer. I wrote poems, short stories, long stories, songs... anything. Recently, I was cleaning out some keepsakes in my basement and I found my favorite story I ever wrote. I don't know exactly what year I wrote it, but I am pretty sure it was in college, around 2003.

The story is called Malicoda, and I'm going to share it with you today. I did fix three awkward sentences and fixed a couple word mistakes. But other than that, it's exactly how I wrote it. 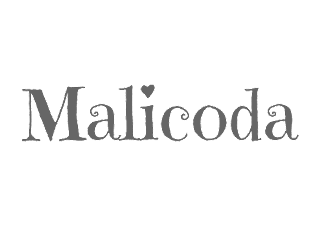 Brian peered under his bed for the third time that morning. He brushed a dirty sock out of the way and looked closer. A smile slowly spread across his face when he saw his beautiful cat curled up on a towel. Her fur was black with a few white patches here and there.

"Come here, Malicoda," Brian said, reaching under the bed for the cat. He pulled her close to him and stood up. "It was a good thing you stayed in my room. Ma was gonna ground me for a month."

Actually, his mother never punished him. He had never been grounded in his life.

"Brian!" Mrs. Lawson yelled from the living room. "I hope you found that darn cat! If that cat's running loose in the house, I swear, you're not going to Disney World!"

Brian sighed and sat Malicoda on his bed. He left his room and shut the door.

I found her, Ma!" Brian said. His mother sat on a ratty old recliner in the living room. The television was blaring.

"Brian, you know if that cat sneaked out of your room my allergies would start acting up again and I would not be happy."

"Yes, Ma, I know. But don't worry. Malicoda was in my room the whole time."

"Where's your sister?" she demanded.

Brian glanced out the window and saw his sister, Cheri, talking to a guy in a blue pick up truck. Brian recognized the boy from school. He was an asshole.

Brian left the house just as Cheri was coming in. "Where are you going?" she asked him.

"Nowhere," he replied, which actually meant he was going to a small pizza shop in town called Wooly's.

It took him an hour to walk to town, but soon enough, Brian was sipping hot chocolate in a booth at Wooly's. He was the only customer there.

About forty-five minutes later, the bell atop the door jingled and Meredith Flannery walked into Wooly's. Brian watched her. She was his lab partner in chemistry last year. Meredith was smart, funny, and beautiful. Basically, she was out of Brian's league. They had gotten along well, but Brian hadn't seen her since he got kicked out of school last March.

After Meredith paid for her pizza, she turned to leave. Their eyes met.

"Brian!" she exclaimed. A huge smile spread across her face.

Brian nodded to her and noticed how pretty she looked in her fuzzy white earmuffs. They were a stark contrast to her long black hair. She walked over to his booth.

"What in God's name are you doing here all alone on Christmas Day?"

"Can I join you?" Meredith asked quietly.

"I'm afraid I'm not good company today," he warned her. "Sorry I bit your head off," he winced.

Meredith put her pizza on the table and slid into the booth. "So what's new with Brian? I haven't talked to you forever. You look good. Your hair got longer."

"That's not true! We all want you back at school."

"Yeah, you and two other people," Brian scoffed. "Joanna, can I have another hot chocolate?" he asked as the waitress walked by.

Joanna brought Brian his drink. "It's your sixth," she said and walked away.

"Or really lonely," Meredith shot back.

Brian ignored her comment and sipped his hot chocolate.

"I'm not sure. I haven't talked to them much today."

"Oh, Malicoda. She's fine. She died a few days ago, though."

Meredith covered her mouth. "Oh my, I'm so sorry. I know how much you loved her."

Meredith furrowed her brow. "That's sick, Brian. You should bury her."

"No she's not! She's dead and now you don't have a anything!"

"Brian!" Joanna yelled from the counter. "Your mother just phoned. She said to come home this instant or you're not going to Disney World!"

"Then why does your mom say that?"

"I don't know. Listen, I need to get home. I guess Ma needs me. Plus, I need to feed Malicoda." He reached for her pizza. "Let me get that for you."

Meredith looked at Brian strangely but let him carry her pizza to her car.

"Come see me before you move," she ordered. "Do you want a ride?"

He shook his head.

Meredith put her hand on Brian's shoulder. "Take care of yourself," she told him and drove away.

Brian walked home. When he got there, his sister was on the phone and his mother was still watching television.  He went to his room and shut the door.

Malicoda laid on his bed. Brian laid down next to her. He closed his eyes and slowly ran his fingers through Malicoda's soft black and white fur. He pictured Meredith in her fuzzy white earmuffs and long black hair.