Happy Monday!
Today's wrap up is only going to include Saturday and Sunday because Friday will be included in Part 2 of my Cape Cod Getaway post that will be up tomorrow! (Check out Part 1 here!)

We were so happy to be home! Here's what I was up to!

After a much needed long night of sleep, I woke up to Jelly cuddling me. He missed me! Both Chrissy and Jelly purr a lot (Christmas does it more and is louder), but both of them were purring more than normal that morning. Mommy's home!!!! 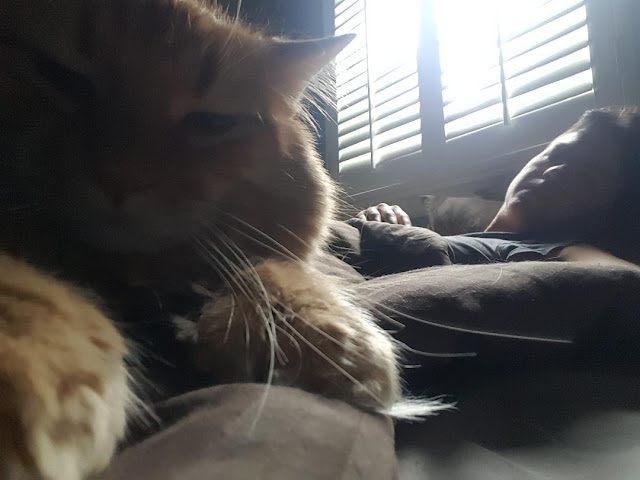 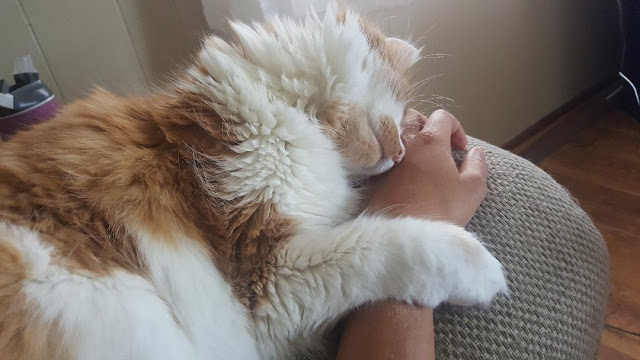 I poured coffee and did my normal morning routine of opening up forty tabs on my computer and catching up on the news. I also deleted a bunch of stuff off the DVR. I like my DVR to be organized, much like my email inbox. If I don't need something on the DVR, I delete it right away. It was filled to 45% after vacation!I only like it if it's lower than 15%. But honestly, ours usually hovers around 22%. 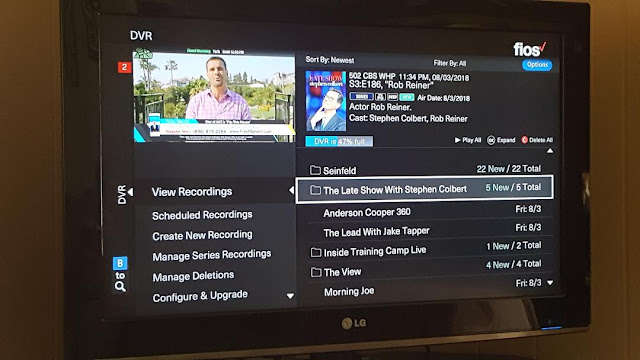 I checked on the morning doves that nested in one of our hanging baskets. Thomas was doing well! (The male nests during the day and the female nests at night.) 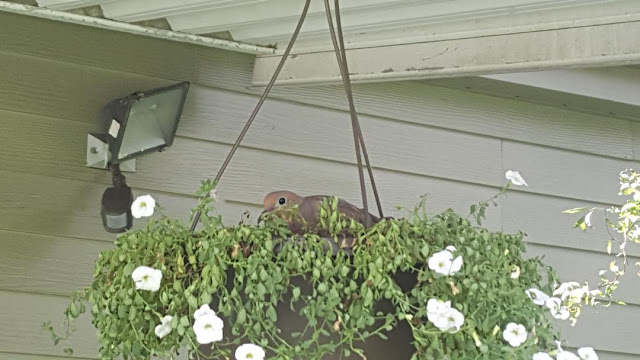 I also got three tomatoes and one squash from my garden. My garden SUCKS this year. 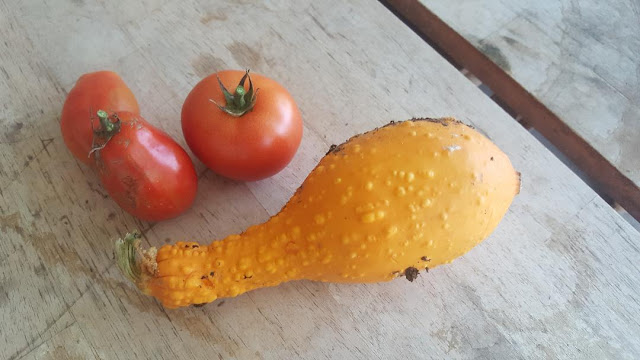 After I was all hopped up on coffee, I finally started unpacking. Normally I unpack right when I get home from a trip, but I was SPENT Friday night so I just said "screw it". Luckily, it didn't take me long because much of it was just dirty clothes and it's easy to throw those in the wash!

When we were in Cape Cod, I snagged some rocks from the beach for my garden. I'm not sure if you're allowed to do this, but there were rocks everywhere. I liken it to collecting seashells! 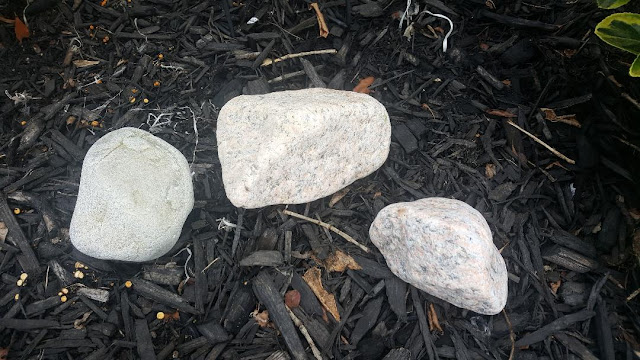 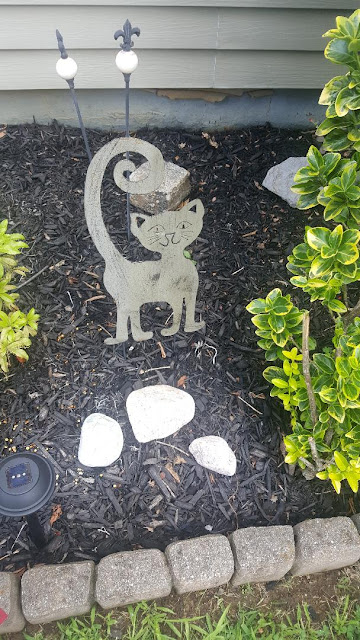 Then I headed to the gym. I felt weak. I think my muscles got smaller while I was away... 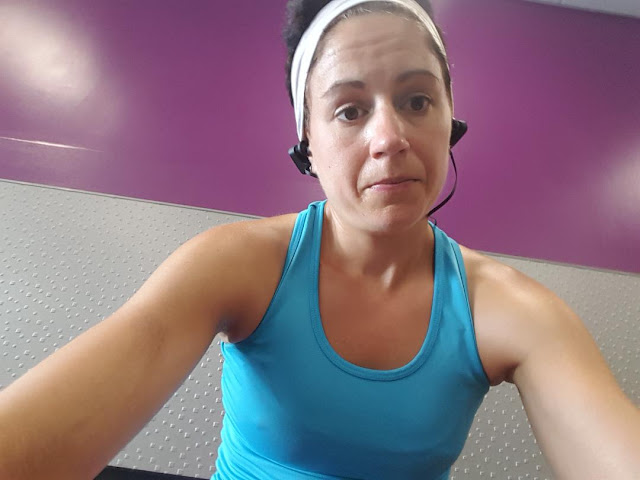 For some reason, I felt like SHOPPING. I went to the mall. I didn't need anything but I wanted to putz around. I had it in my mind that if I found a dress I could wear to a wedding we have in a couple weeks, I would buy it. Honestly, I couldn't find a single thing appropriate. The dresses were either matronly or very revealing. There was nothing in between. Also, I realized I can't wear anything with an exposed back because my sports bra tan is raging right now.

At Macy's I did find this awesome dress. It isn't appropriate for an August wedding but I love it. I wish I had $134 to blow and a place to wear it!

Paul suggested that I should get the dress in case I ever have dinner with Hillary Clinton. 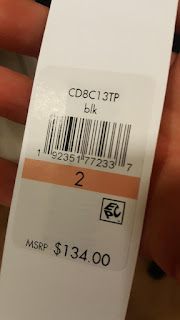 Maybe I will find it at Marshall's someday...


I ended up not buying a single thing at the mall, but at least I had fun for a couple hours!

When I got home, I started going through some of the dresses I already owned. I found this one, which I never wore. 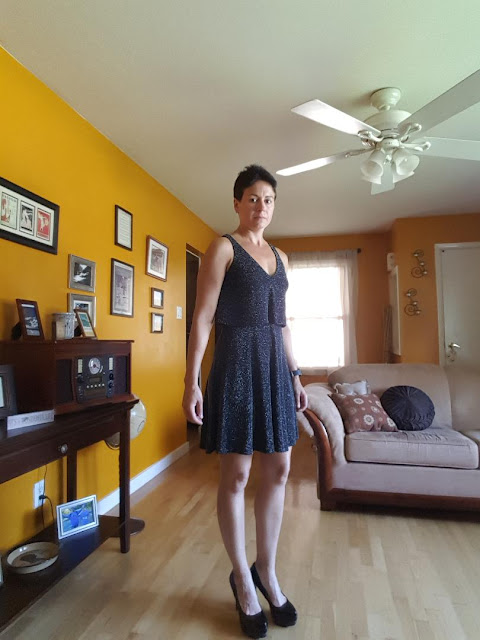 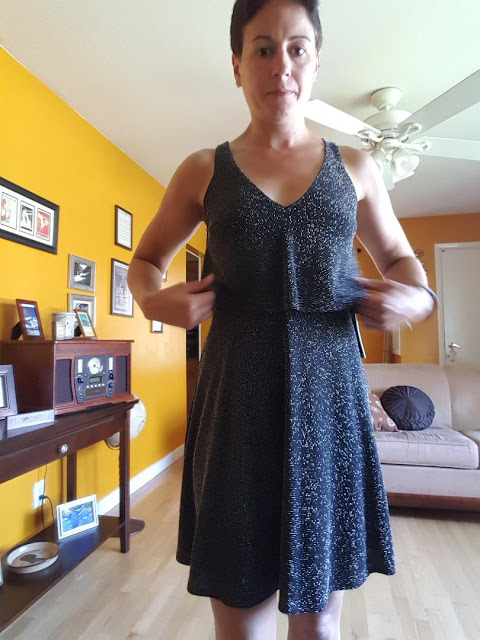 But I don't have appropriate shoes. (The black heels I have on in the picture are very stripper-ish and uncomfortable.) Can you guys recommend (with links preferably!) of a style of shoe that would look nice with this dress? Drop a link so I know what style to go with!

Then it was time to relax. I poured a glass of wine and opened up my lap top. I blogged for quite some time.

Then I cooked up that yellow squash to eat with the fish Paul made for dinner. As the squash heated up, it seemed to be more like the fall squash... sort of pumpkin-y. So I added onions and cranberries. It was DIVINE! 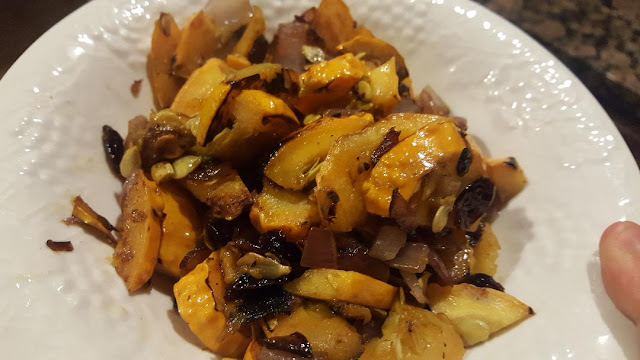 Chrissy wants to know when it's dinnertime! 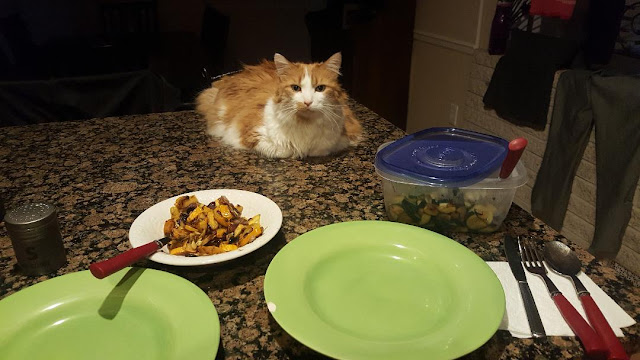 It was just a very chill, blah day. They only two things I did of note was that I did a puzzle... 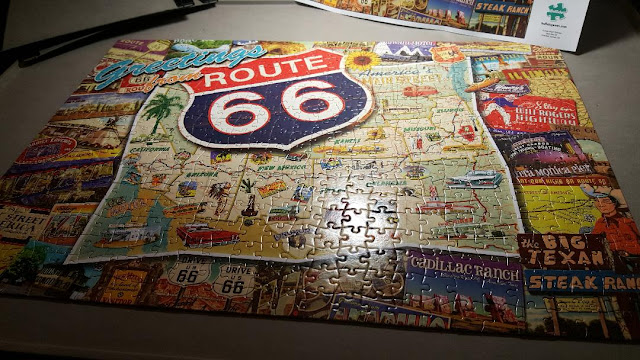 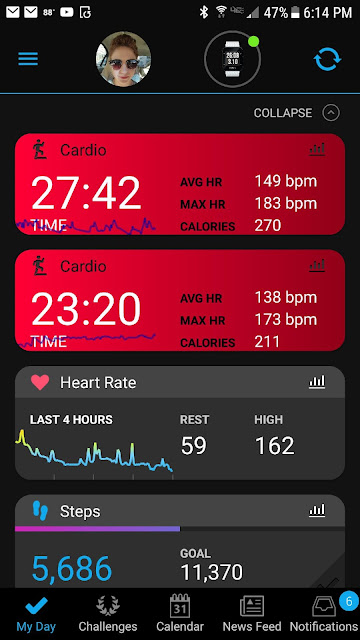 The bottom workout was the first one I did. The top was the second. I had to take SEVERAL cool down breaks during the second workout because I was getting out of breath and nauseous.

I didn't realize how high my heart rate was until later when I uploaded my workout. I don't upload my workouts every day (I do it once a week if I'm lucky!) so it's just kind of a fluke I did it today. I checked back at some of my other deck of card workouts and sometimes my heart rate would get in the high 170s/low 180s. Do you think that is okay???

Do you have a DVR? Do you keep it "cleaned up"? How much % is usually used on it?

What shoes would go well with that dress?

How is your garden doing?

Any heart rate insights?
Posted by Meg Go Run at 5:30 AM