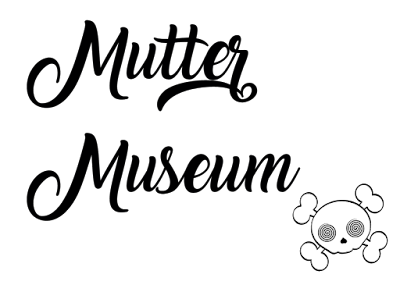 On Monday, I went to the Mutter Museum in Philadelphia. From the museum website:

"America’s finest museum of medical history, the Mütter Museum displays its beautifully preserved collections of anatomical specimens, models, and medical instruments in a 19th-century “cabinet museum” setting. The museum helps the public understand the mysteries and beauty of the human body and to appreciate the history of diagnosis and treatment of disease." 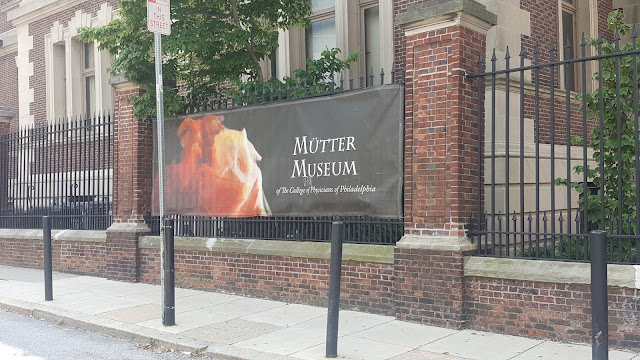 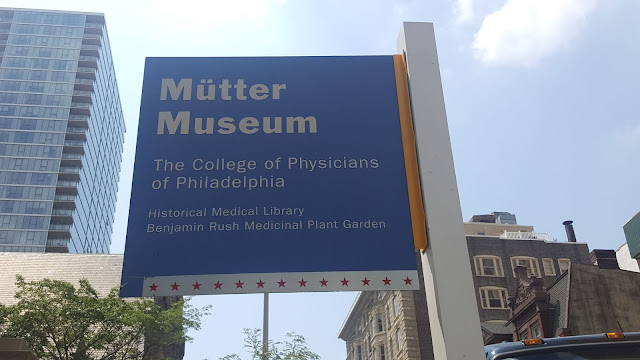 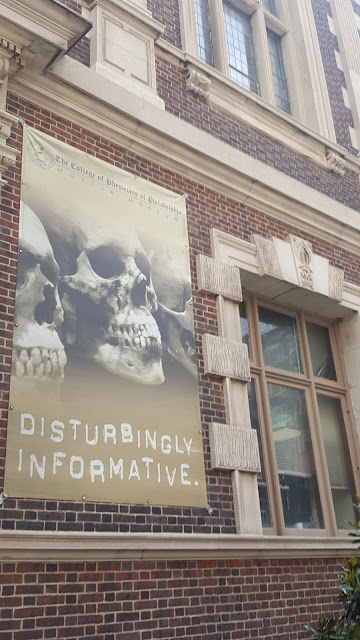 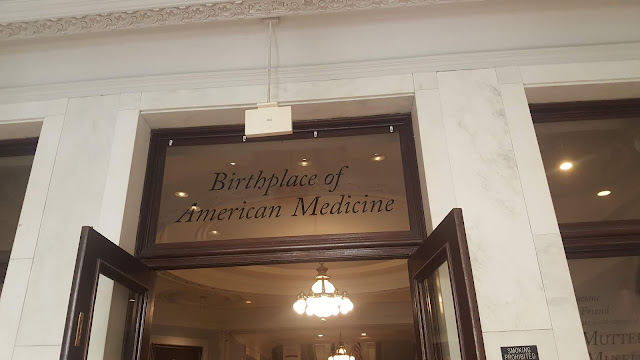 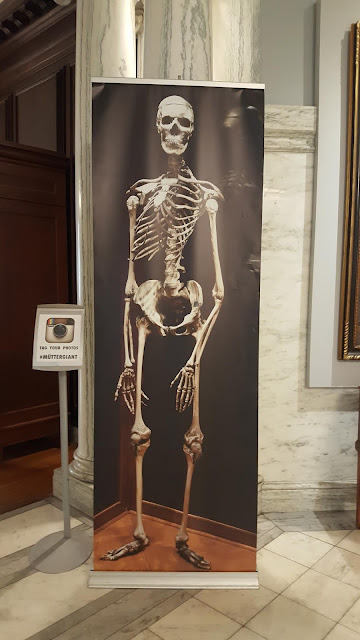 Since you're not allowed to take pictures inside the museum (out of respect for the people who have their remains there), I am writing this post on the way home so that I don't forget anything cool! I'm sure I'll forget something, and could never list everything.

In no particular order, here are some interesting things I saw at the museum.

Note: If you click on the link, you will see a picture of what I described. Do not click if you think it will upset you. There is nothing "gory".

2. A wall of human skulls. So. many. skulls. They also had some animal skulls and brains.... cat, dog, fox, some different types of primates. Oh, and sections of Einstein's brain!

3. A death cast and the liver of Cheng and Eng Bunker. They are the famous conjoined twins. They were born in Thailand and later made a life in the US. One of the museum guards told me to look closely and I would see some of their hair that got caught in the cast. Today, it would be easy to separate the twins, but back then (1811-1874), there was risk of infection.

4. Specimens of fetuses with abnormalities. There were many conjoined fetuses, some with their brains growing outside their bodies, and some with fetal band syndrome. There were also fetal skeletons and specimens all the way from two months gestation to birth. I found that very interesting.

5. There was a specimen of a bound foot! This was super interesting for me to see because Paul and I just listened to a podcast about Chinese foot binding. Have you ever heard of that? Google it. It's disturbing and fascinating and will have you shouting... "Why did they do that!!??"

6. A "normal" skeleton and a skeleton of a woman who wore a corset. Of course the rib cage of the corset wearing woman was deformed.

7. A cast of a GIGANTIC scrotum (guy needed a sling) and a 74 pound ovarian cyst.

9. A jar of human skin a woman picked off herself.

The things I found the grossest at the museum were any wax replica of a skin disease or infection. The skeletons, brains, and fetuses did not bother me. It did make me appreciate how complex life and the human body is!

Visiting this museum was on my PA Bucket List. I decided to go on a whim the night before. Since my dad works for Amtrak, it is so convenient to park there (normally you can't) and just hop the train for a less than two hour ride to Philly. It's $32 each way, but I would spend almost that amount of money on tolls, gas, and parking. It's more fun to just zone out on the train! Plus traffic getting into Philly is HORRENDOUS. 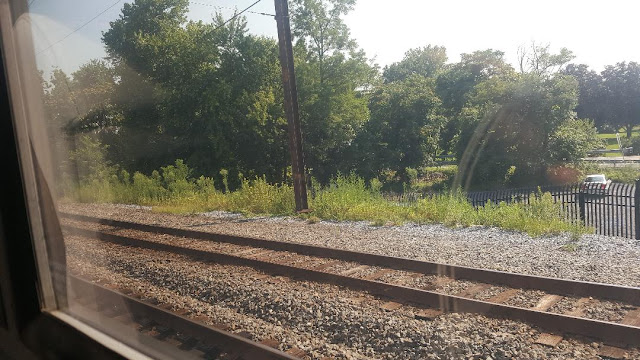 My dad let me board the train in Harrisburg before the common folk! 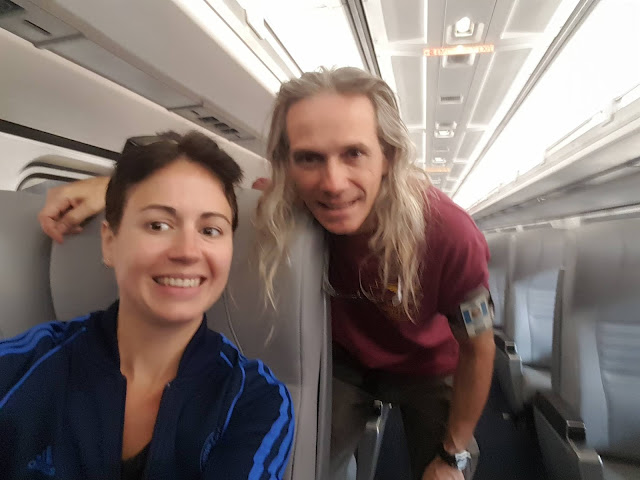 The 30th Street Station in Philly is so beautiful and old fashioned. 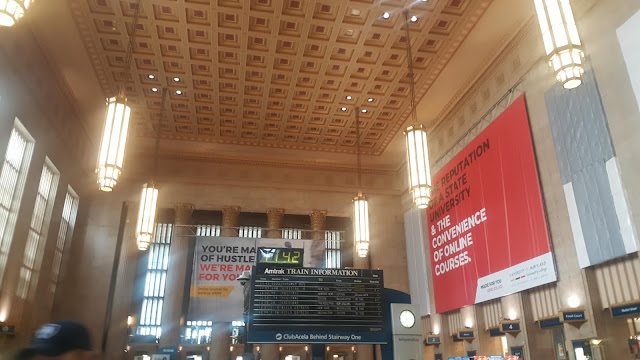 It was a less than half mile walk from the station to the museum and it was in a very safe part of town. 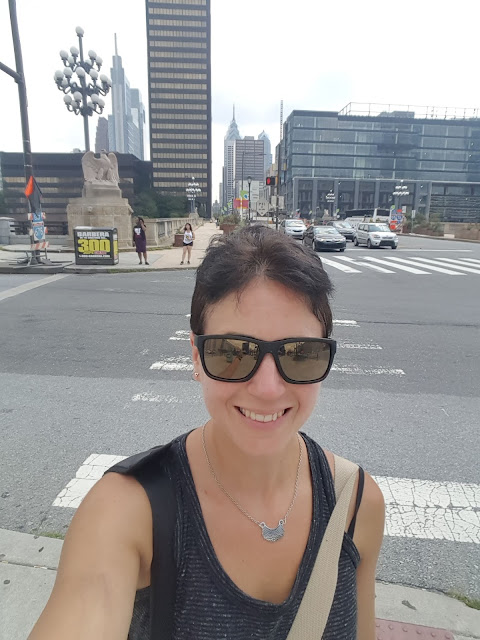 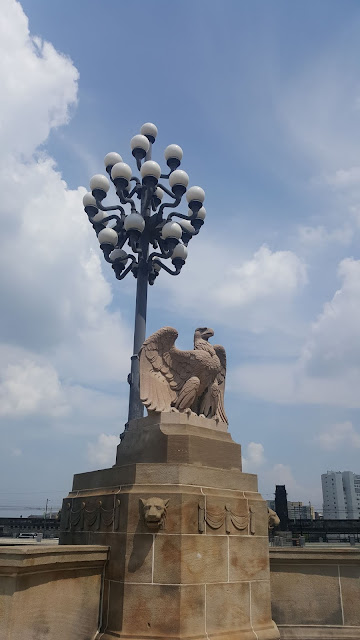 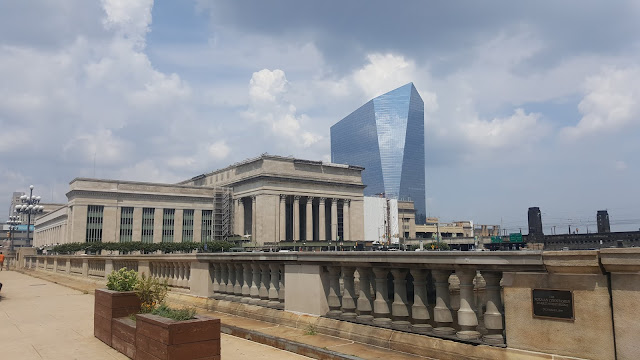 I got to see my friend Jennedy on my walk back to the station. She works right across from it! It was so good to see an old friend. We performed in The Rocky Horror Show several years ago and now keep up with each other on Facebook.

I had a quick lunch at the station before hopping the train back to Harrisburg. This sandwich was DIVINE! Turkey, egg, avocado, lettuce, tomato, and a cilantro/lime dressing. 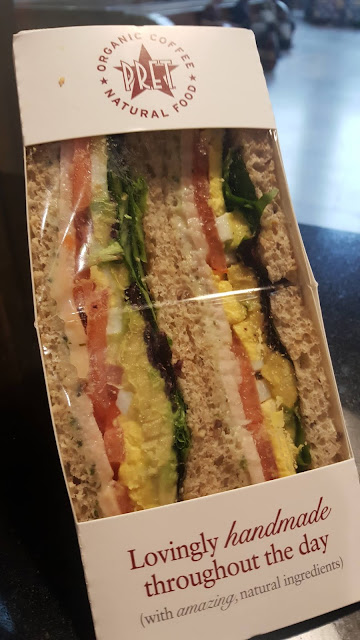 Oh, some drama did happen at the museum. I will allow my Facebook post to tell the story...

All in all, I had fun traveling alone. It was a good little Megan Day and it wasn't expensive. Now I'm wondering what else I could do in Philly. I need to plan some more day trips for myself!

Have you ever been to any weird museums?

Do you think anything I described would upset you to see?

Any ideas for things I could do in Philly?
Posted by Meg Go Run at 5:30 AM