This Sunday definitely wasn't what I expected it to be. I thought I would run the Half Wit Half Marathon in Reading, which is a super fun, super crazy trail race. But then Ana invited me to do 10 miles on the Appalachian Trail. It was an easy decision- I'd much rather run with Ana! We planned to meet at 8:00am.

Well at 1:00 on Sunday morning, I still hadn't fallen asleep. And I could just tell it was going to be one of those loooooong sleepless nights. I wasn't wrong. I didn't fall asleep until 4:30. Obviously, I bailed on the morning trail run and I was super bummed about it!

Despite not falling asleep at the point the sun was nearly coming up, I woke up at 7:30. My stomach was crampy and I knew sleep was not coming. I had to get up.

"It sucks when your day is already bad and you just woke up," I told Paul as I grabbed my coffee. It was going to be tough to run 10 miles on such little sleep, let alone do anything else productive. I was bummed and sad and the day had just started!

But I rallied. Paul and went on a disc golf/running gate at our favorite park in Boiling Springs. I did all ten miles with no breaks. 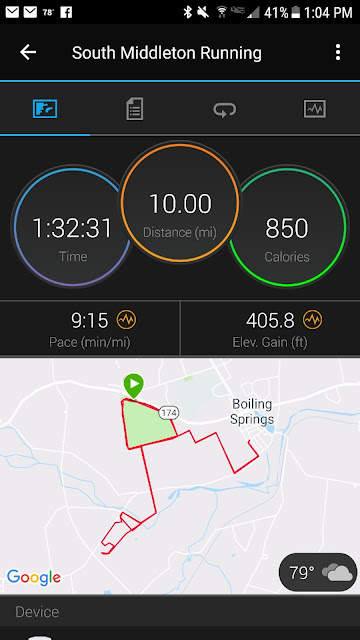 But that was it as far as productivity! I mean, I blogged and did a puzzle, but there was no cleaning, cooking, washing, or errand running. Perhaps tomorrow!

Oh, and not to brag, but I even managed to stay up late to see my friend Randy perform with his improv troupe called The Oxymorons. 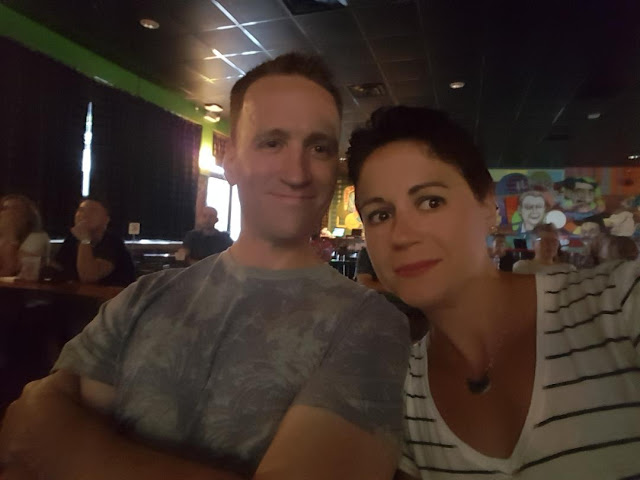 We were pumped because the whole group was there! Randy, Andy, Sara, Liz, Toby, and Josh. They were hilarious. I can't remember the last time I laughed that hard! (Actually, it was probably the last time I saw them perform!) 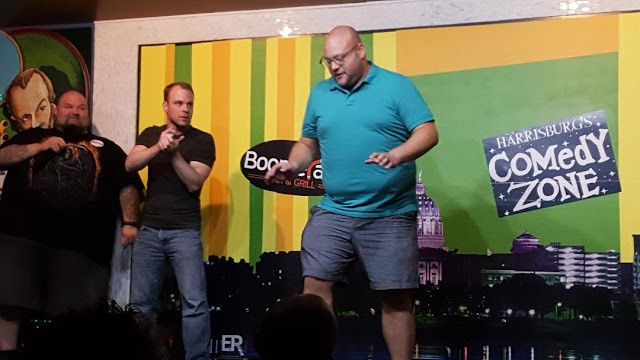 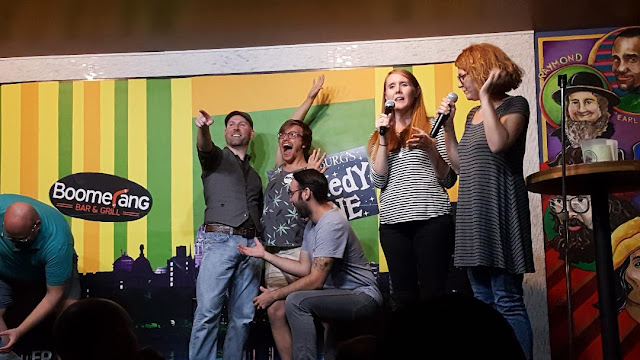 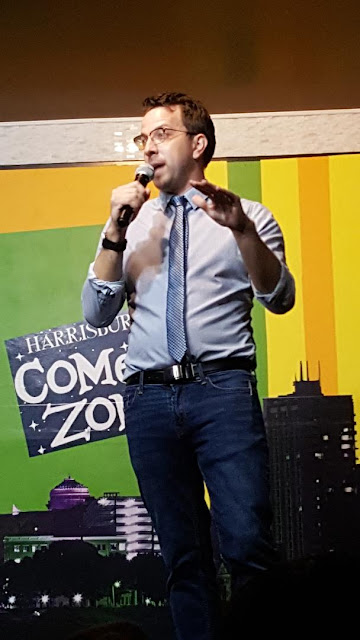 The Oxymorons perform on the second Sunday of every month at Harrisburg Comedy Zone in New Cumberland. Like them on Facebook to keep up with their events!