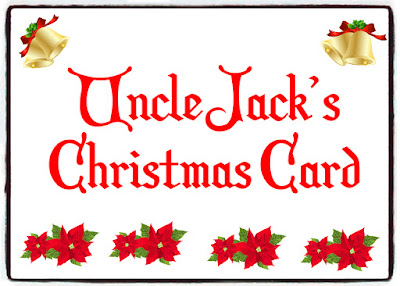 On November 10, 2015, my Uncle Jack passed away. Even though he lived a long life, his death was unexpected and very sad.

Uncle Jack was one of my Grandpa's brothers. He never married or had children, so he was always part of our holiday celebrations and family gatherings. 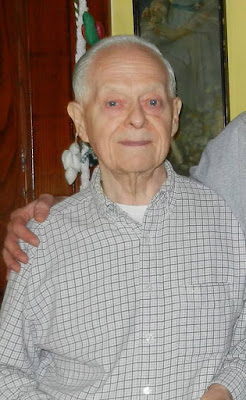 Uncle Jack had some quirky qualities. One thing he always did was bring tons of candy for the kids at Christmas and experienced great joy in passing it out. He gave the adults interesting presents as well. One Christmas, he gave Paul and I a solar powered ferris wheel decoration. It was very strange! But that was Uncle Jack's gift giving style... you never knew what you were going to get!

Even though he was not overweight, Uncle Jack loved to eat. We joked that he would fast for a couple days before family gatherings so that he could have two plates.

Uncle Jack always sent us birthday cards and Christmas cards. Inside, he would always write the nicest messages.

After Uncle Jack passed away, my parents took care of his apartment and giving away/donating his belongings. Uncle Jack was always stocked up on every day household items, so Paul and I "inherited" about 6 huge containers of mouthwash, lots of boxes of band aids, some spices, napkins, and Christmas wrappings. Uncle Jack dated everything he bought, so whenever we use something of his, we are reminded of him because of the date. (We ran out of mouthwash and napkins but are still using everything else!) 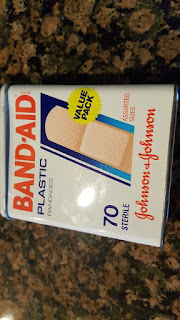 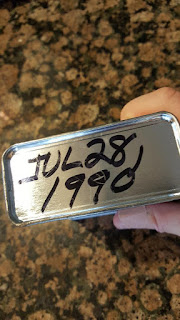 We were also given his mattress because it fit on the double bed in our guest room. Uncle Jack always smelled like his cologne of choice (Polo). You know how the sense of smell is most associated with memories? Well every time I get a whiff of the mattress, I am immediately reminded of Uncle Jack! (I don't think it's a bad smell. Paul thinks it's a little strong but I don't mind it.)

Christmas has always loved sleeping on the guestroom bed. Sometimes I get home from work and Christmas trots up to me. I pick him up to give him a huge kiss, and when I stick my nose in his fur, he smells like Uncle Jack! "Chrissy, were you sleeping on Uncle Jack's bed?" I ask him.

Here is my last story about Uncle Jack. Every year when I am taking down my Christmas decorations, I look over the Christmas cards I received to see if there are any worth saving to frame for the next year. I like framing Christmas cards because they are a cheap and easy decoration. I choose the cards according to the design, not who it is from. Well, a couple weeks after Uncle Jack died, I was putting up my Christmas decorations. At the bottom of one of the boxes, I saw a small pile of Christmas cards I had saved from the year before. There were four. My heart leaped. What if one of the cards I saved was from Uncle Jack? How awesome would that be?

One by one, I slowly opened each card to see who it was from. I could hardly believe it when I opened up the last card... It was from Uncle Jack! It was the last Christmas card he had sent to us and I had just happened to save it to frame! 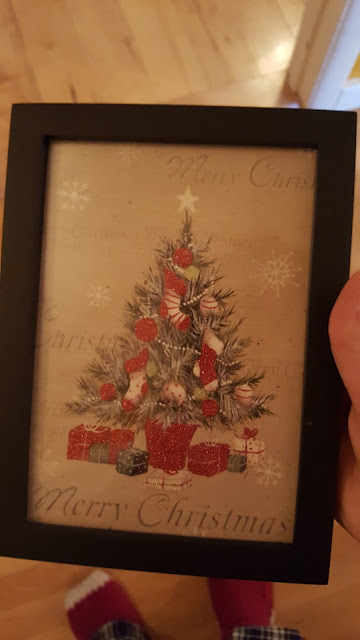 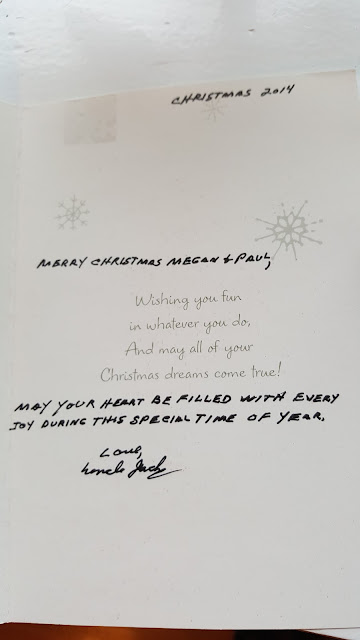 I don't know why it has taken me so long to write a post about Uncle Jack because I have been meaning to for awhile! I miss him and family gatherings just aren't the same without him! 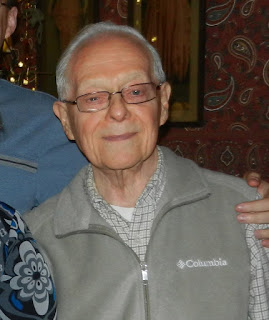