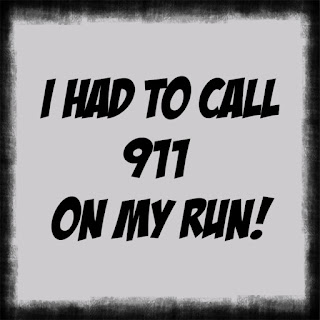 On Saturday around 11 o'clock, I headed out for a 6 miler. This was more of a "git er done" kind of run since I was short on time, so my plan was to run a two mile loop around my hood three times.

As I approached my house and was finishing the first loop, I kind of had to pee and I needed to blow my nose. I contemplated whether to make a pit stop now or run one more loop and then make a pit stop. I opted for the former.

I wasn't in my house more than 90 seconds. As I ran down my driveway to start my second loop, I heard a loud explosion that seemed to come from the street behind my house... right where my two mile loop was going to take me. As I looped around the block, I wondered if it was a gunshot, but told myself not to be silly. It was probably just someone's garage door slamming shut or something like that.

Boy was I wrong!

As I turned the corner to run the street behind our house, I saw a white minivan in a driveway and the front of the minivan was engulfed in flames! Black smoke was billowing into the air. I couldn't believe it. I turned off my podcast and dialed 911.

I didn't get any closer to the van than I already was (maybe 200 feet?) but tried very hard to see if someone was in the driver or passenger seat. I didn't see anyone. Was someone in the back of the van? I didn't know. But I could not get any closer to the van. What if it exploded? I felt guilty, wondering if there was anyone trapped inside, but I didn't see anyone and I couldn't justify getting closer due to the danger and due to not seeing anyone in harm's way.

I told the 911 operator clearly and succinctly what was going on. He assured me help was on the way and we hung up. I heard sirens less than a minute after I hung up and I saw two police cars approaching the scene. I decided to run home (about 1/10th of a mile away!) to inform Paul of what was going on. When I left him, he had his headphones on and was folding wash. I wanted to inform him of what was happening just 400 feet from our house. If the fire spread, we needed to be able to get the kitties out of the house. (I always think worse case scenario but oh well!)

After I filled Paul in, I decided to continue on my run, but obviously change my route. When I ran down my driveway, I HEARD ANOTHER EXPLOSION!!! I ran to the corner of the scene just to see if the fire engines had arrived yet. They finally were coming down the street! I think it took them about five minutes to get there, which is sort of scary if you think about it because a fire can do a lot of damage in five minutes! (I'm not blaming the fire department, I am sure they got there as fast as humanely possible!) 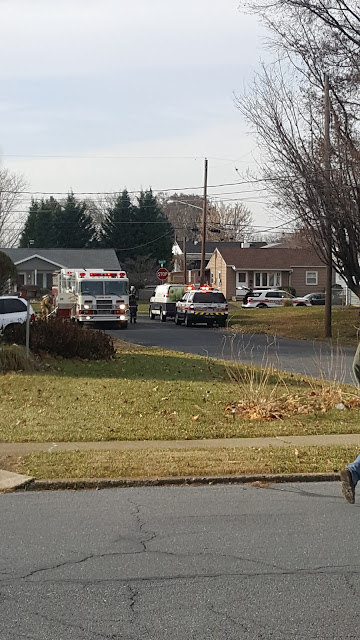 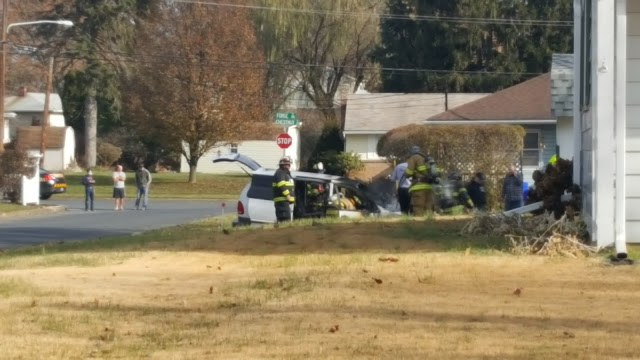 At this point I was a little freaked out and felt nervous being far from home since the minivan was burning so close to our house. (I don't care about my house, I care about Paul and the cats!) So I ended up just running loops around the block in front of our house. Every once in awhile I'd take a little look at the scene. Finally things had calmed down. I talked to some neighbors who were watching and they said no one was taken in an ambulance so no one was in the van.

I since found out that the woman who owned the van turned it on to warm it up and went back inside her house. When she looked outside next, it was on fire! The explosions were the tires, exploding from the heat.

**Clarification: The fire happened first, the heat from the fire made the tires explode.** 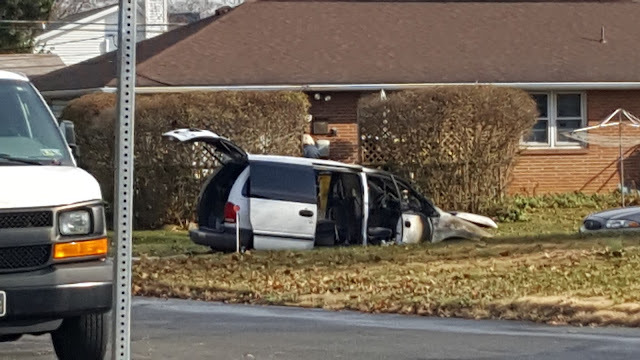 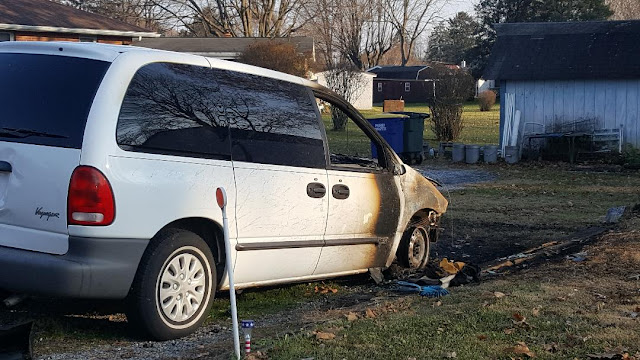 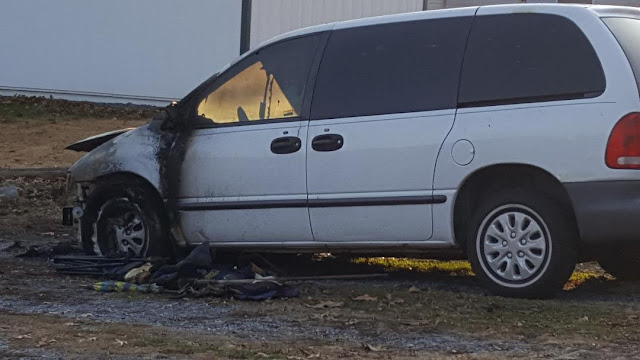 I don't know anything else about the fire other than that. But now of course I am scared of my car randomly catching on fire when I start it.