Taking our nieces to the carnival!

On Tuesday evening, Paul and I took our nieces, Ellie and Clementine, to the East Pennsboro Carnival. This event was on our calendar for weeks and we were really looking forward to it! 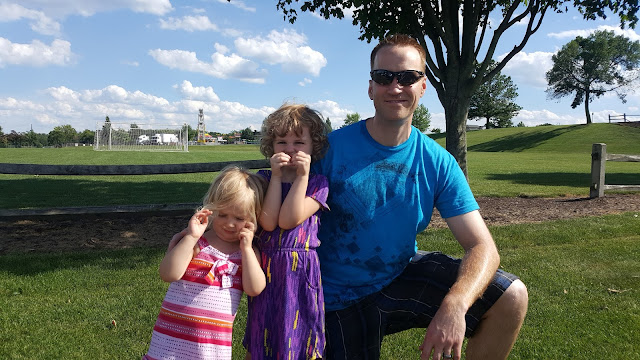 As you know, Paul and I love going to local carnivals. We never went to this one because it is in the same town I teach at. I don't want to be seeing a ton of students in the summertime. But it was the perfect place to take the girls because it was right near their house.

I told Paul that if I saw students, they wouldn't recognize me in my cutoff jean shorts, tank top, and sunglasses. But if they heard me talking, they would definitely recognize my voice. It was funny because there were two instances when I was on a ride with Clementine and while I was talking, a student's head whipped around to look at me. BUSTED! 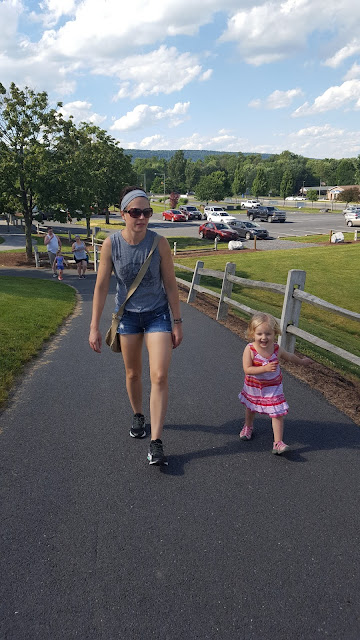 I freaking love how determined Clem looks to get to the carnival!

We picked the girls up around 4:30 and got a sweet parking spot right by the festivities at Adams-Ricci Park. They had already eaten dinner, so Paul and I figured if we needed snacks or water, we'd just get them at the carnival. That's the fun of a carnival, right!? Well it turns out that was a HUGE error...

The food/drink situation at this carnival was so weird! There was one huge tent with food and drink but it was as if they were only allowing a certain number of people in the tent at one time. So the line to get into the food tent was so long. There was only one food truck outside the food tent, but that only had lemonade, iced tea, cotton candy, caramel apples, and caramel corn. NO WATER. From now on, Paul and I learned we need to bring snacks and water when we take the girls somewhere, even if we think there will be some available at our destination. Rookie mistake for this auntie and uncle.

We decided to get wristbands for the girls because most of the rides were $3 in tickets. The wristbands were $20 so at that point, if they planned to ride 7 rides or more, we would have gotten our money's worth out of the bands. 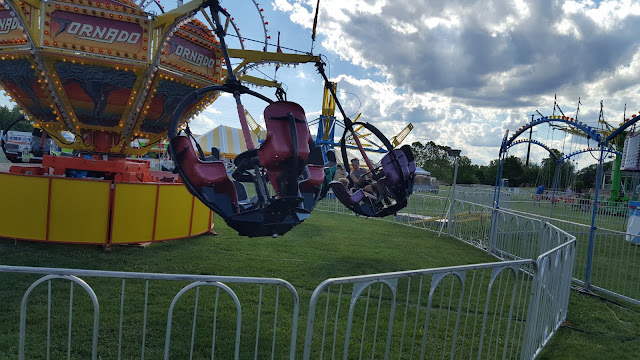 Yes, Ellie rode this. It went up a lot higher than this picture shows! 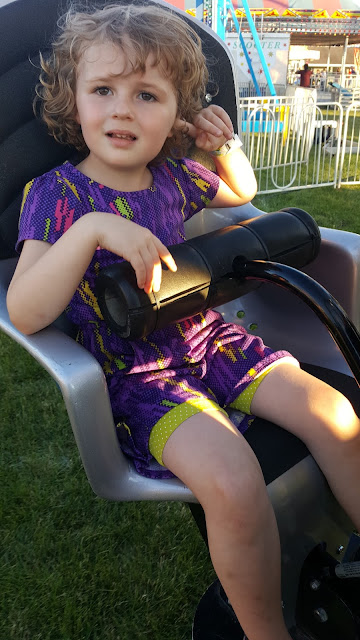 She would throw her hands in the air like a daredevil! 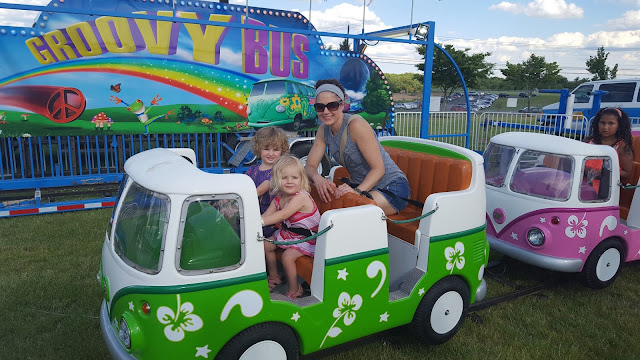 Well, Ellie rode over 20 rides and Clementine clocked in around 18. We only took two ride breaks- when we were watching the magician and when we walked to get water from the water fountain. There also weren't any lines, so it was just on and off... 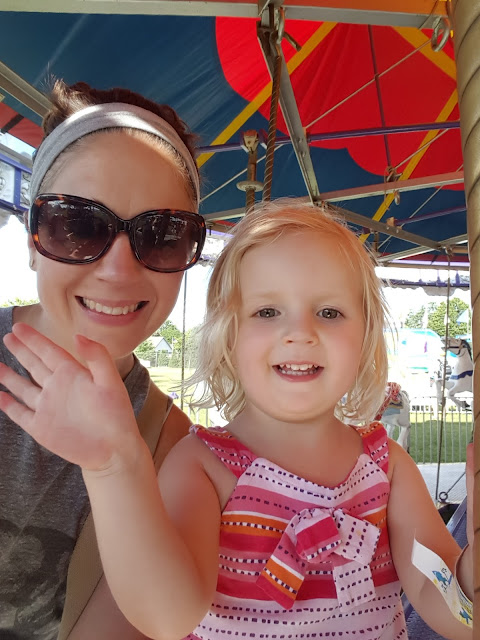 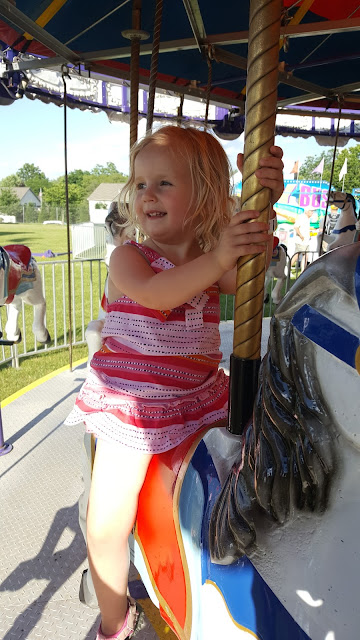 Clem did NOT want me hanging onto her. She kept moving my hand. Well, too bad. The only time I left go of her little waist while she was on the carousel was for the 2 seconds it took me to take this picture! 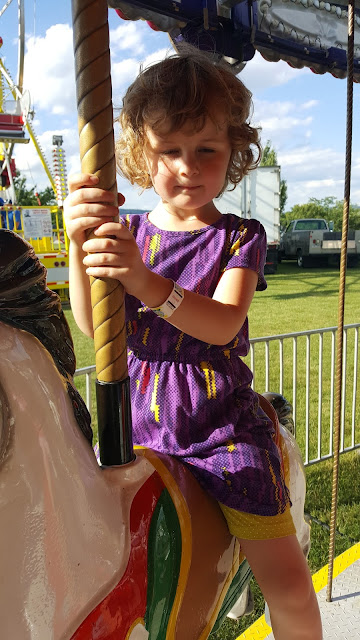 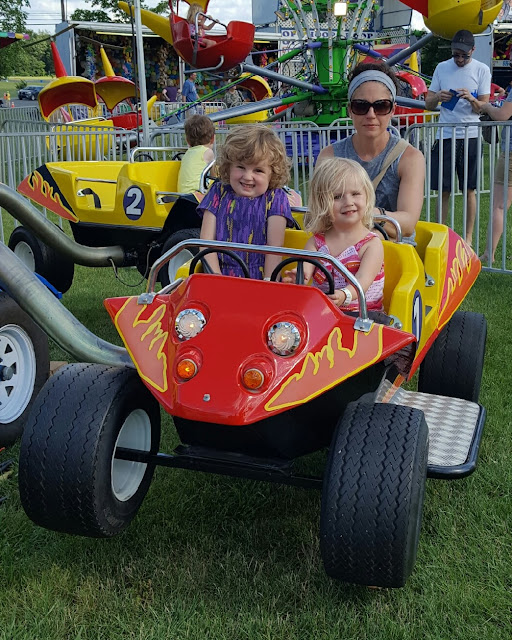 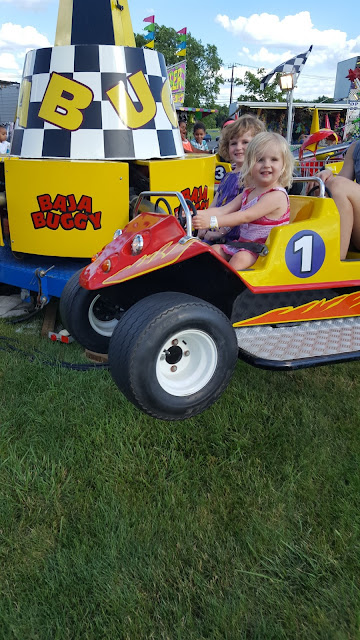 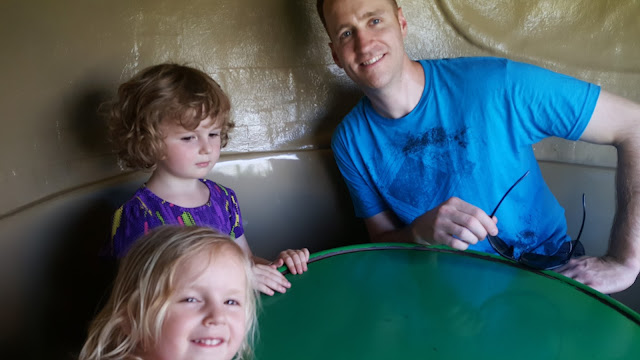 Clem loved this ride where you were sitting inside a bear that spun. 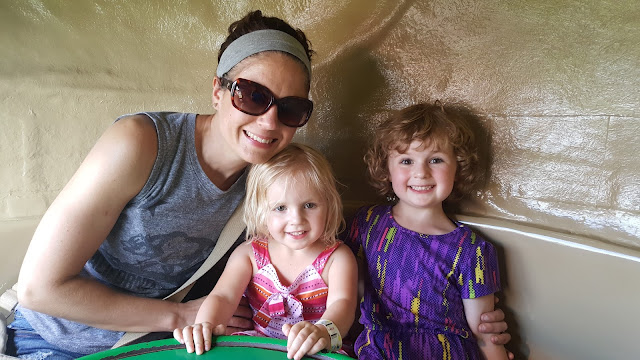 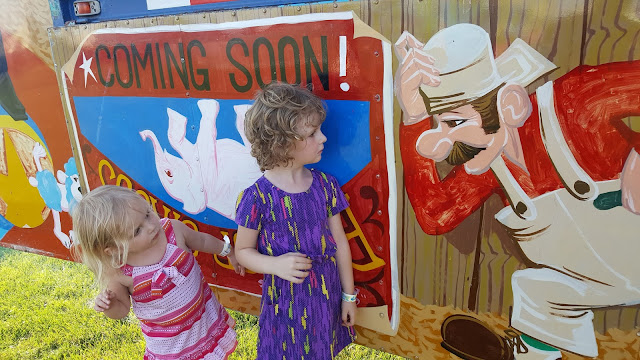 THERE WAS A SWEET FUNHOUSE!!! I loved those when I was a kid. I went through with the girls three times in a row and Ellie went through two more times by herself.

Ellie is four and is pretty tall, so she was able to ride all the kiddie rides alone and some of the big kid rides with an adult, like the Tornado, Merry Mixer, Swings, and Ferris Wheel. 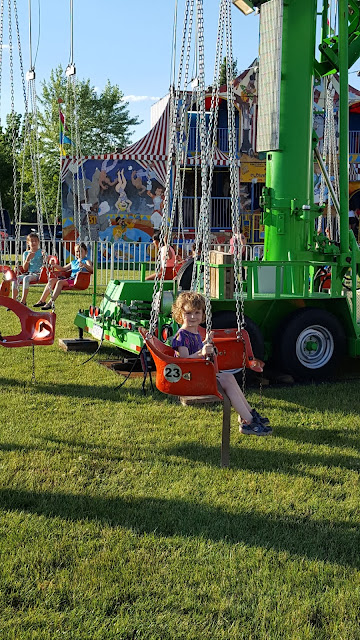 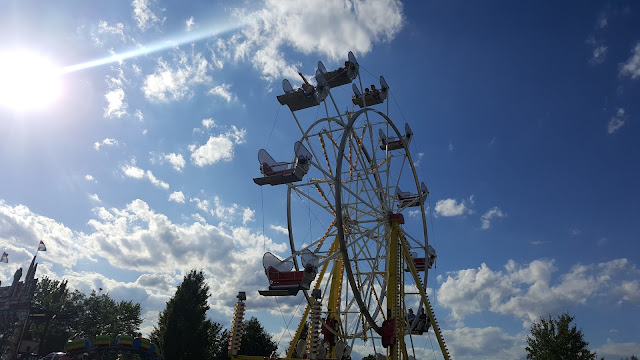 Clementine was not tall enough to ride any rides alone, so I rode with her every single ride. Paul rode the helicopters with her once. 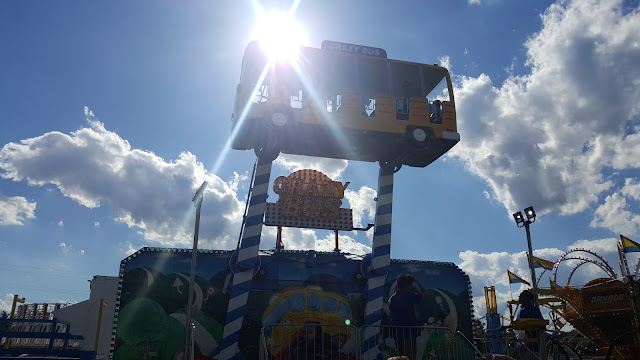 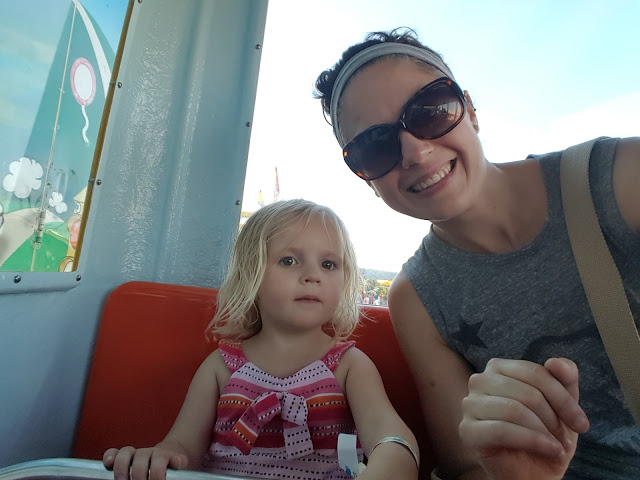 It was nice that adults could ride for free with a child who had a wristband and was not tall enough to ride alone. Unfortunately, we didn't realize this until we bought a pack of tickets for ourselves! As it turned out, we used like half of them to ride the big kid rides with Ellie and we gave the rest to a family with like four kids! They looked like they could use a couple extra tickets! 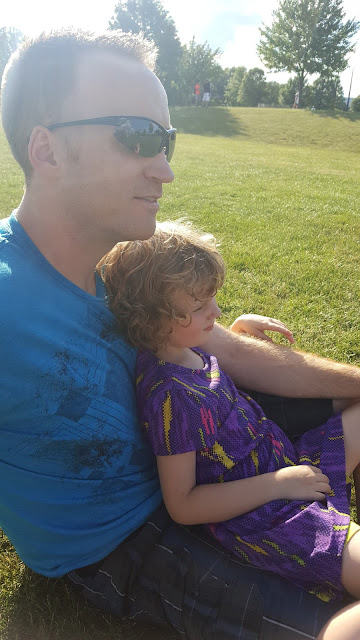 Chilling and watching the magician. 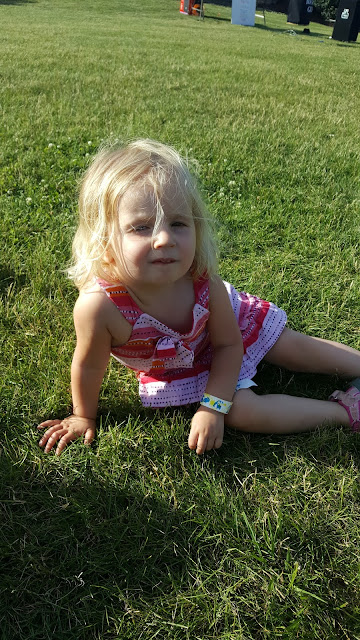 After over three hours of hard carnival partying, Auntie Megan and Uncle Paul were SPENT. Ellie wanted to keep going, of course, but I told her my cats were hungry and we had to go home to feed them. She looked very concerned about that. I knew that would work... she couldn't argue with hungry kitty cats.

Running to the van!

I love my nieces so much! I am glad I am their auntie and can spoil them. Hopefully in another year or so Clarky Poo will be old enough to have fun at the carnival with us too! Though I don't think Paul and I can handle three kids at once. How does my SIL do it? I will need an extra person to come along for help if there are three kids to look after...

I felt like I completed a 20 miler by the end of this night. Moms, Dads, how do you do it? I know I am definitely not cut out to have kids, but I am glad I can be an Auntie!

Do you like carnivals?
If you don't have kids, do you have nieces and nephews to spoil?
What's your favorite carnival food?
Tell me a rookie mistake you made while out with kids!
Posted by Meg Go Run at 5:30 AM