Paul and I have oodles and oodles of inside jokes. It's bound to happen after being together 9 years (six of them in wedded bliss!). We have little games we play, inside jokes, and all that stuff. If you're married or in a long-term relationship, you probably know what I'm talking about. Most of our slang and little jokes are about... you guessed it... that cats. We have made up words and phrases we use to describe them and the silly things they do. We even wrote these words down and call it our Urban Cat Dictionary. I won't share the whole thing with you, but here is an excerpt with some of our favorite entries! 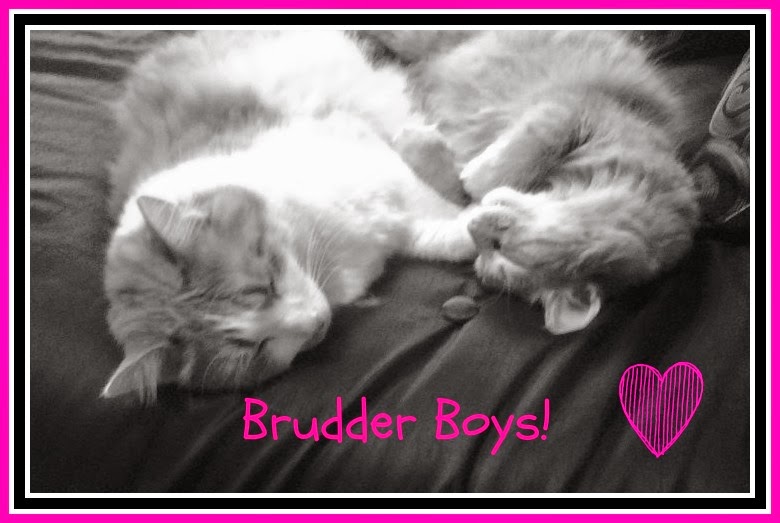 Bustin' (v) – When a cat knocks open a door with his front paws
Fritzin' (v) – What Jelly does when he wants to get down. Similar to a wiggle but more frantic. 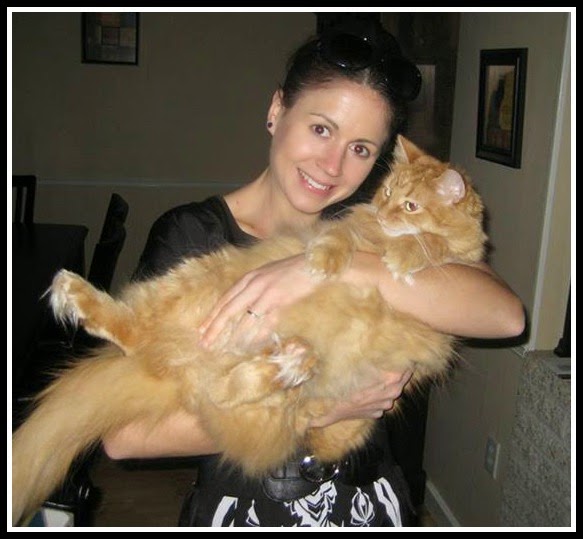 Totally about to fritz... 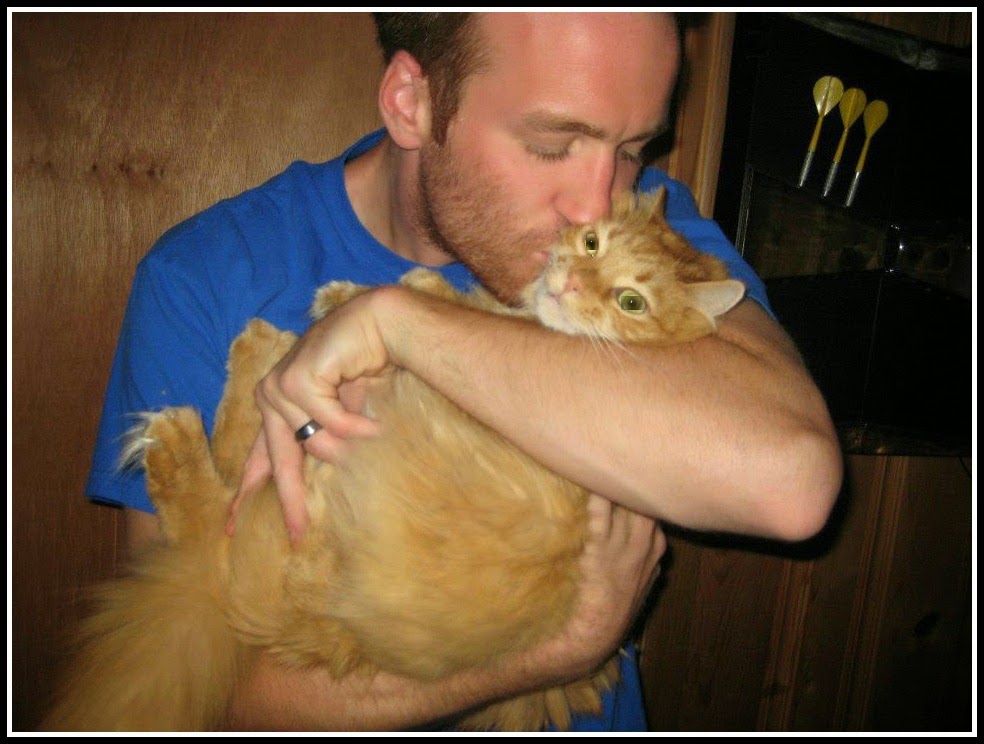 "Getchurass out" (phrase) – What Paul says when he wants Christmas to move
Head banging (v) – when a cat is vigorously licking a hard to reach area on their neck or chest, which results in a head banging like movement
Jump and Rub (v) - When Jelly jumps up with his front paws off the floor and rubs his head on whatever is nearby, usually one of our legs or arms
“Look at all 'dem boys!” (phrase) - Used to greet/hype up the cats
Night-Night (n) – The last tablespoon of dry food the kitties get before they go to bed for the night
Post up (v) – When a cat props their back up against something (wall, furniture, etc) in order to lick their crotch 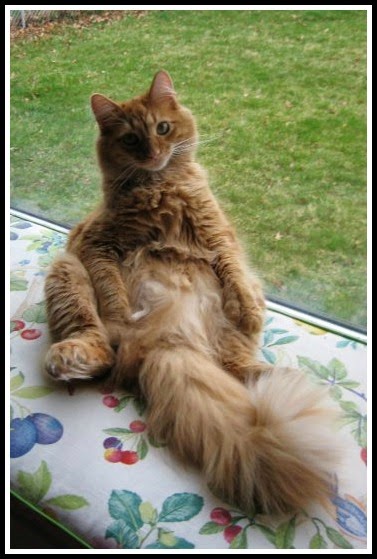 They love to post up on the bay window. 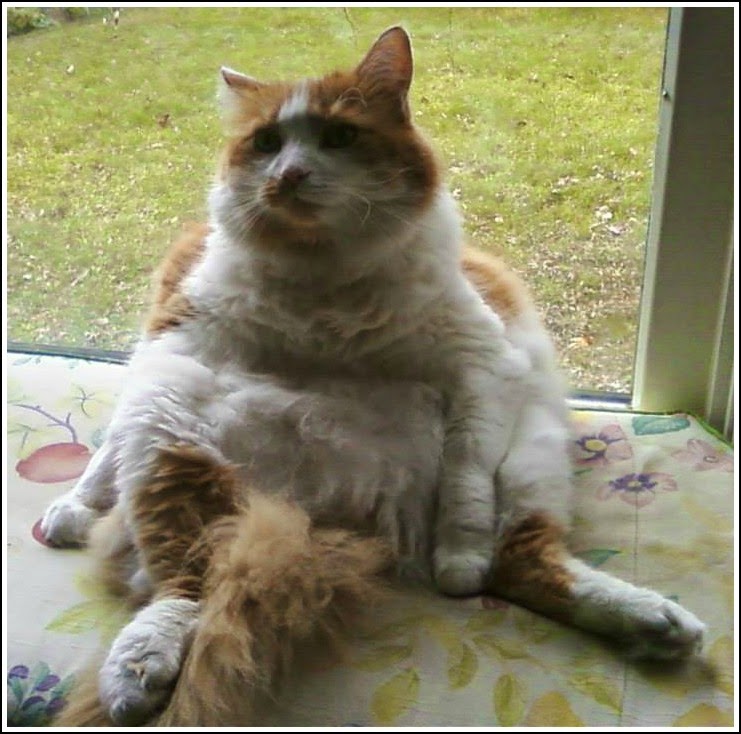 And now this... just because it is funny! 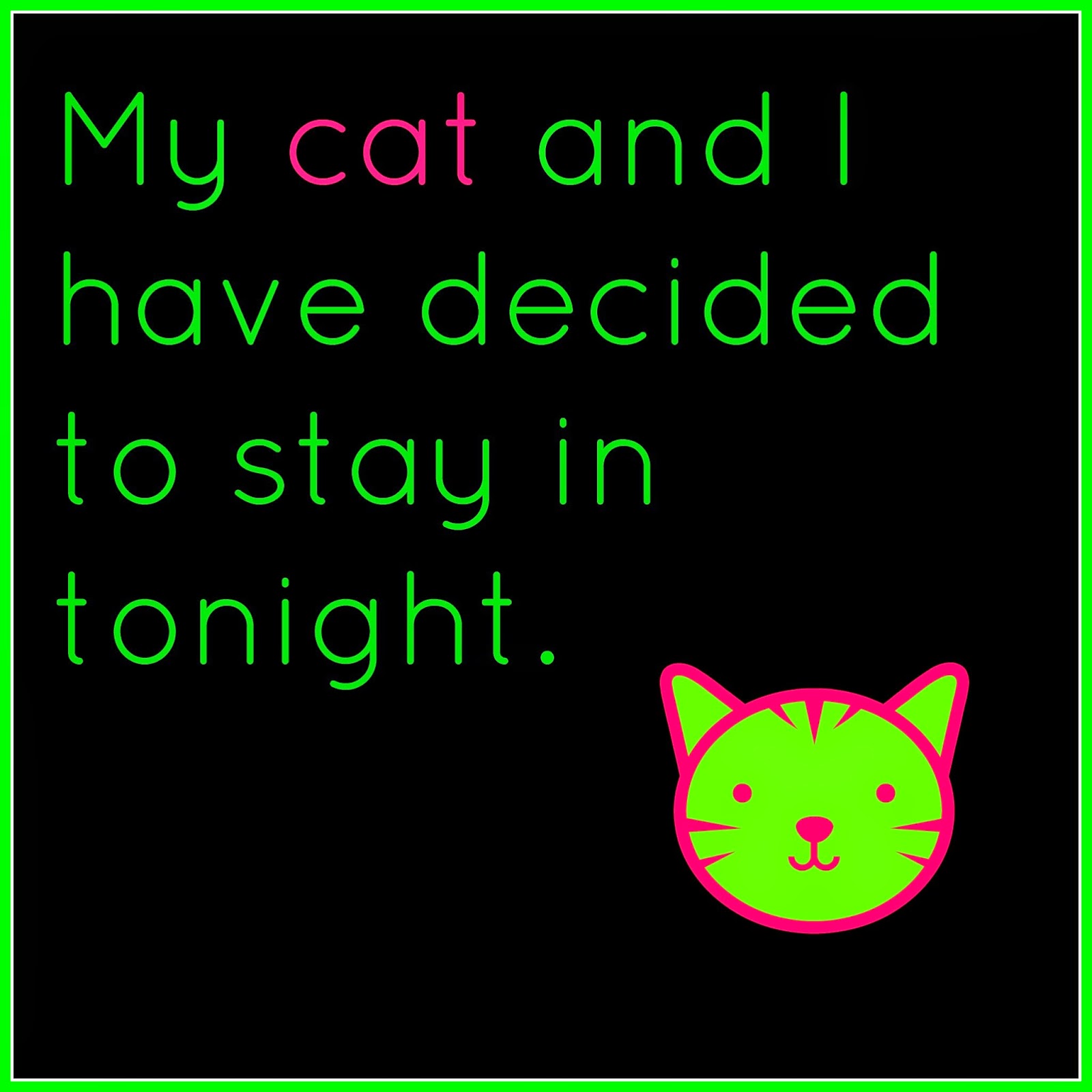 Inspired by a shirt Kristina shared on her blog!

Do you have any inside jokes or made up words you use with your significant other that you're willing to share with us?
Posted by Meg Go Run at 5:30 AM