My favorite pictures of me and my MAN!

I talk about Paul so much on my blog, so I thought I would share with you some fun and meaningful pictures of us and the stories behind them. 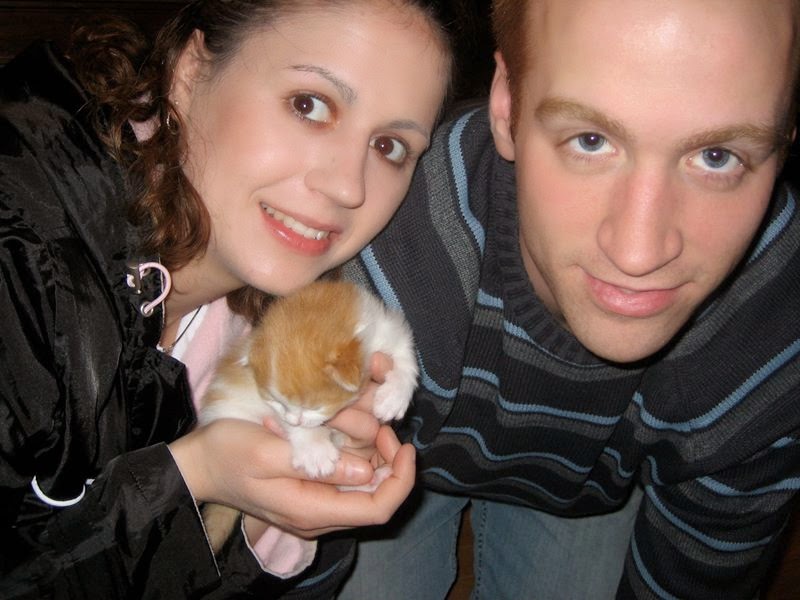 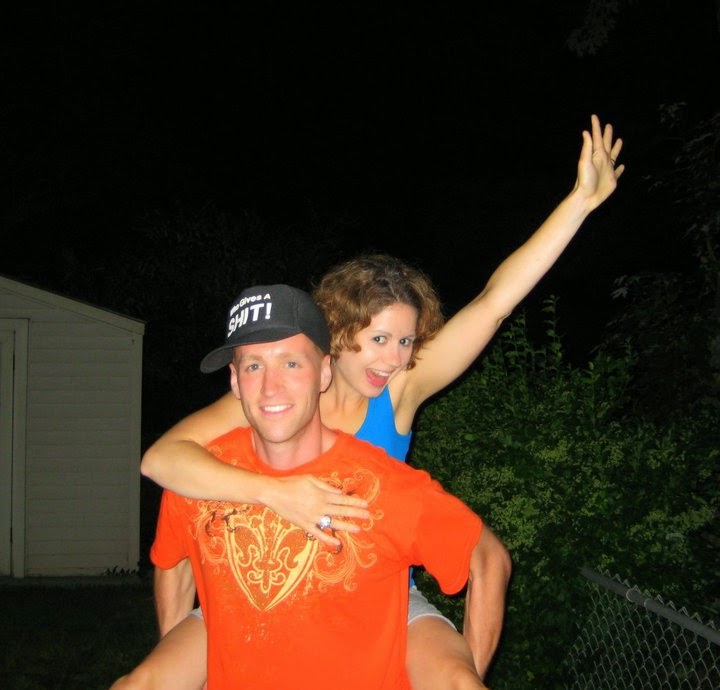 This picture was taken in our back yard during Paul's Beer Fest party.
Guests who came were supposed to bring a 6 pack of fancy beer so that everyone could sample all different kinds. I don't drink beer, but clearly I was still having fun! I like this picture because it was taken not long after we moved into our house and we just looked so young and carefree. 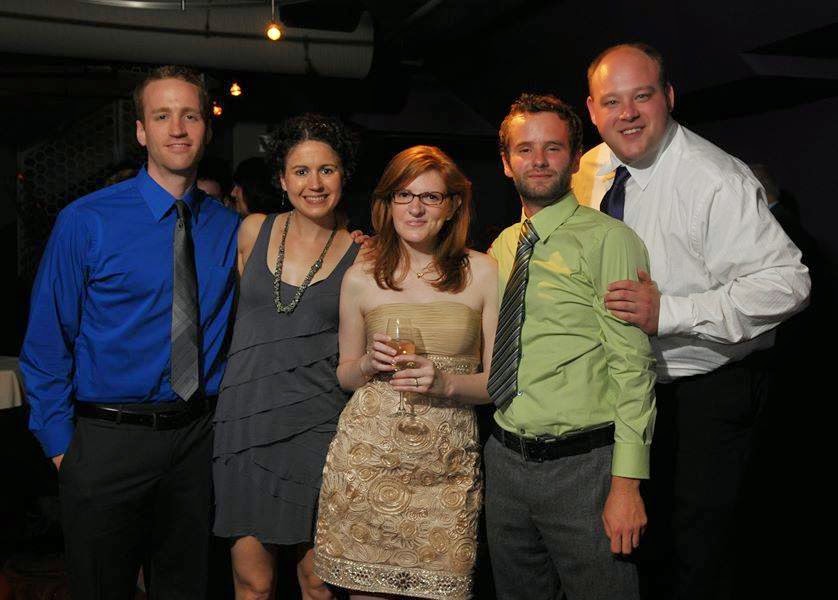 This picture is from my friend Maren's wedding in Baltimore! I just love this pic because it not
only includes my husband but three of my dearest friends- Maren, Luke, and Randy. 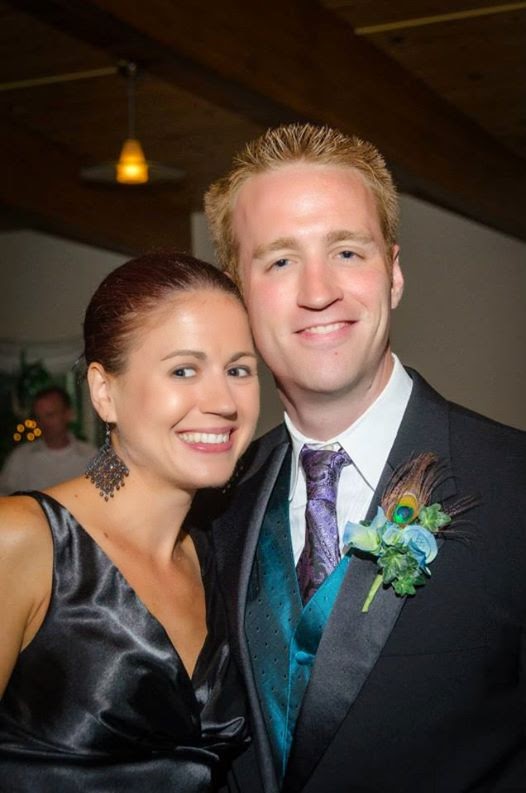 At another wedding. I just think we both look good (and tan!) in this one!
Plus, I like Paul in a suit. 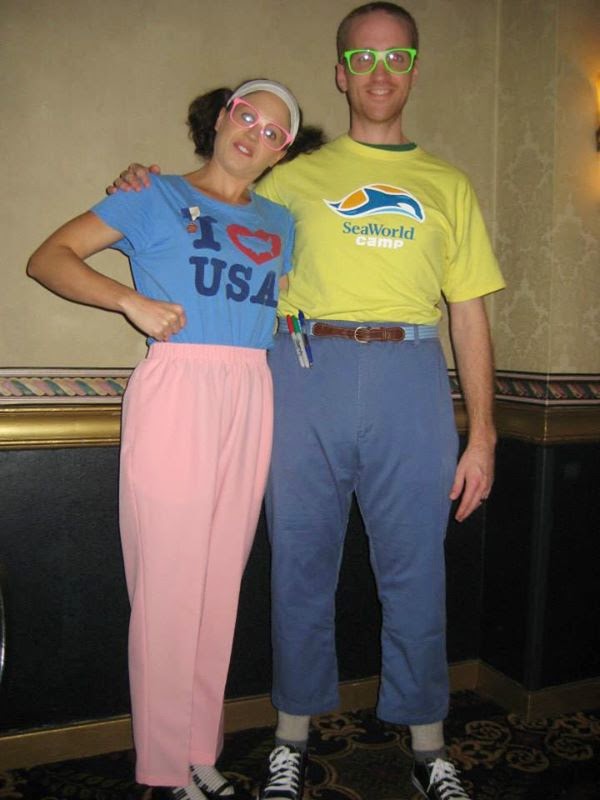 I like this picture because it shows how silly we are!
We were at a rehearsal dinner that was a COSTUME rehearsal dinner since it fell on Halloween. We went as nerds- clearly. Paul still wears that shirt. It says "Sea World Camp". 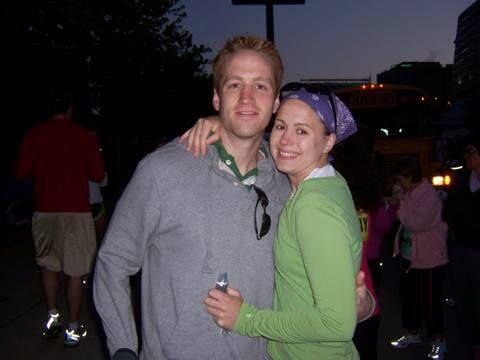 This is us before the start of the Cincinnati Flying Pig Marathon.
Paul supports me at all of my races! He is my biggest fan. 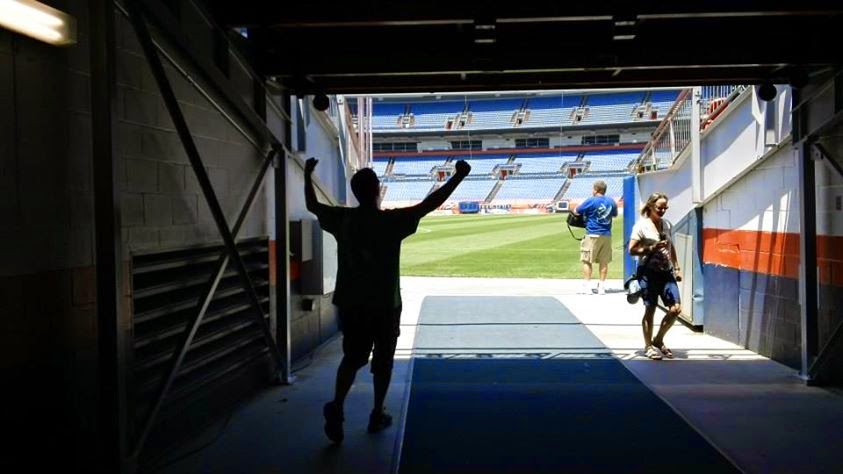 This is Paul running through the tunnel at Mile High Stadium in Denver, Colorado.
It's pure joy! 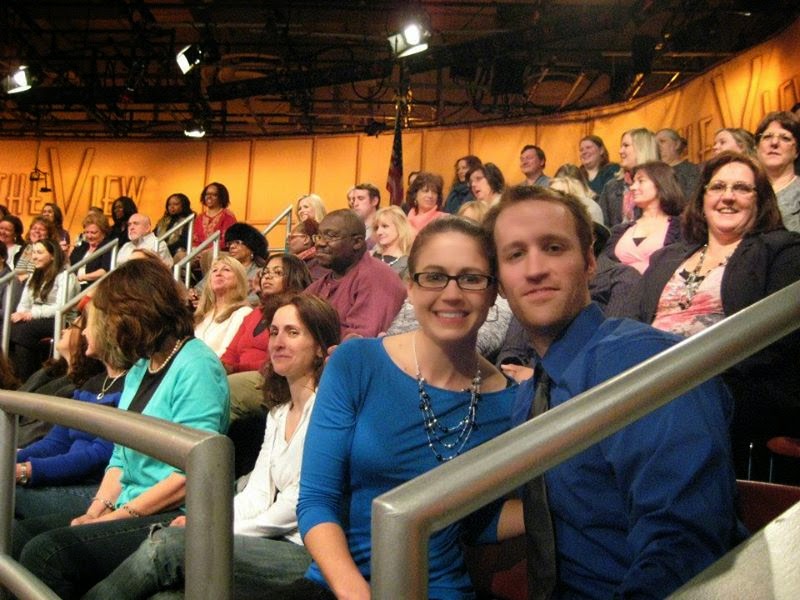 Paul went to The View with me a couple years ago! That's payback for all the football games and stadium tours I went to! 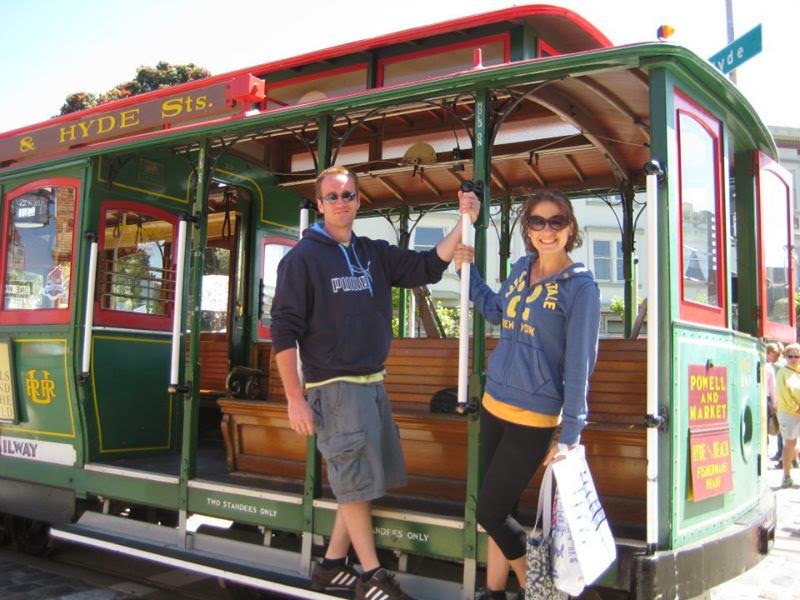 We went to San Francisco a few years after we got married and it was the best trip of our lives! 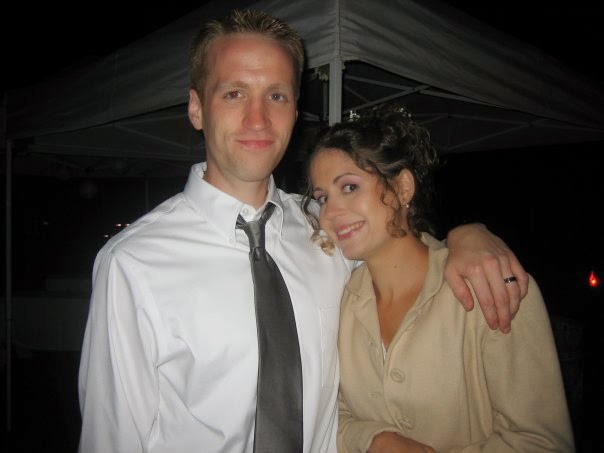 Me and Paul on our wedding day.
Enough said!