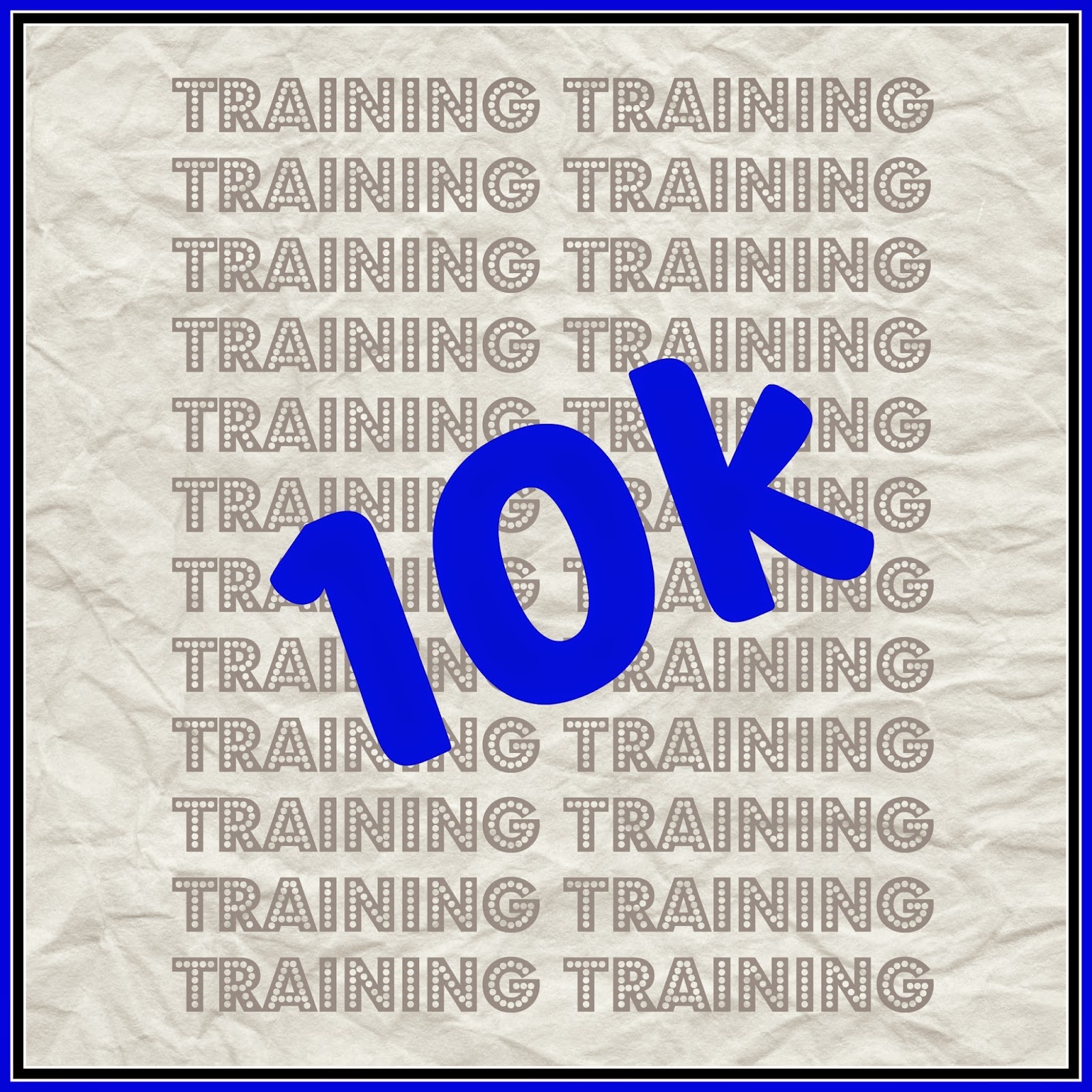 Howdy folks! It's time to catch you up on some highlights from my 10k training this past week. Every 9 days I do a tempo run, speed work (400s) and a "long" run... which will never be over 10 miles so I'm not sure some of you would consider that a long run!

Here was the breakdown...

I really wasn't feeling the long run. I was excited when I was getting ready for it, but once I started I immediately wanted to be done. Part of it was because I was running in an unfamiliar place. Paul found a new disc golf course so I had to scope out some running areas. It was kind of boring. Lots of neighborhoods where all the houses look the same. I got 8 miles in by the time Paul was done. I did an 8:25 pace, which I think is my "happy pace" for longish runs that aren't too hilly. When I was running, I did not worry about pace at all. I was just going by my exertion level and wanted to do an "easy" run.

This week's tempo run called for 2 miles at pace. My plan was to do 1 mile warm up, pick it up a little on the second mile, run the next two at pace, and then just jog the last two. The thing is, by the time I'm done running my pace miles, it is hard to jog. My feet fast twitch muscles want to keep going. I guess that is good!

All in all, I would consider this tempo run to be better than last week's. I had a great pod cast to listen to, but when I did the pace miles, I switched to some Lady Gaga that Paul put on my MP3 player. My shoulder did not get tight like it did before. The only thing is that my miles at pace were a little fast. I would like them around a 7:10-7:14 The next couple tempo runs are going to me 3 miles at pace! Can't wait for that... not!

Well, my speed work was a little different for this 9 day cycle. In fact, it didn't even include running! I did it on my spin bike. Unfortunately, my husband was in the hospital this past weekend. As you probably know, he suffers from seizures, and since he had a pretty bad one this weekend and was hospitalized for 4 days, I am trying to keep a very close eye on him. Which means, there is no way I am leaving him home alone while I go for a run! So yesterday morning, I did my speed work on the spin bike.

I'm sure it wasn't as good as doing actual speed work, but at least it was something. If I have some time to myself this weekend, I will go out and do a little speed of some sort. But I am not going to stress about it. First of all, I honestly don't care. I have a lot on my mind and how fast I can run is at the BOTTOM of the things I am worrying about right now. Second, those spin intervals SUCKED. So as long as it sucked, I'm sure it helped me get faster!

Did you ever have to substitute a planned run with some other sort of exercise?
Posted by Meg Go Run at 5:30 AM