On Tuesday, we had our third snow day of the year. (Yes, we have to make them up. Bye, bye spring break!) However, it was the best kind of snow day because it was the kind we totally anticipated having. In fact, We pre-gamed the snow day the night before... 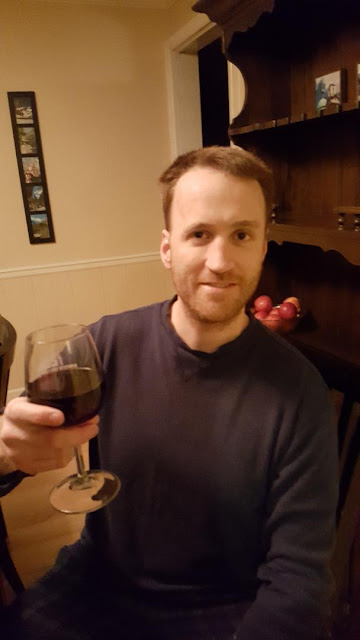 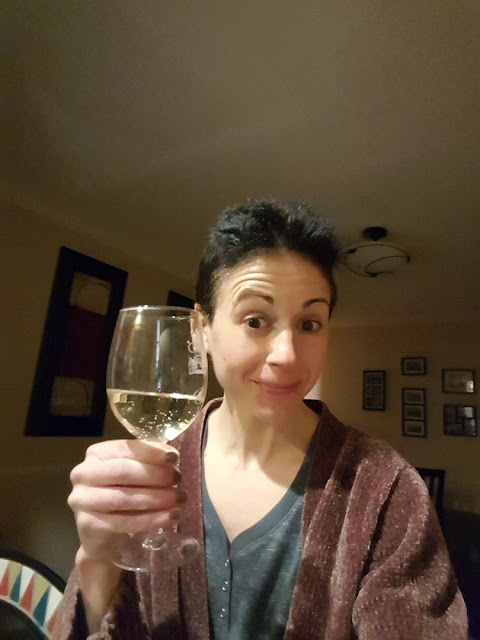 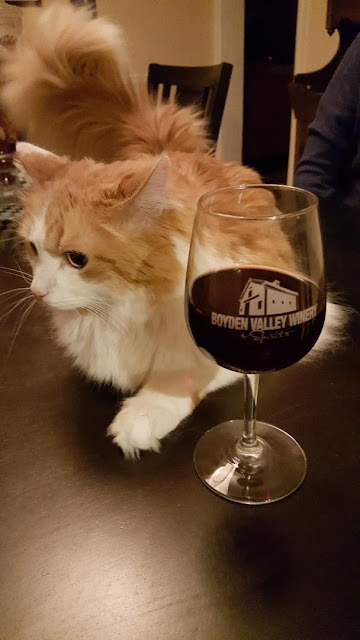 Unfortunately, I could not sleep that night. I slept from 12:46-2:00 and then I was up until 5:30. (At 4:23 I got the call that school was canceled, so at least after that I could relax a little since I knew for sure I could sleep in.) I got up for good around 8:00. That's not a whole lot of sleep, but how much sleep does one need for a snow day?

At least the first things I saw when I woke up were these cute little guys! 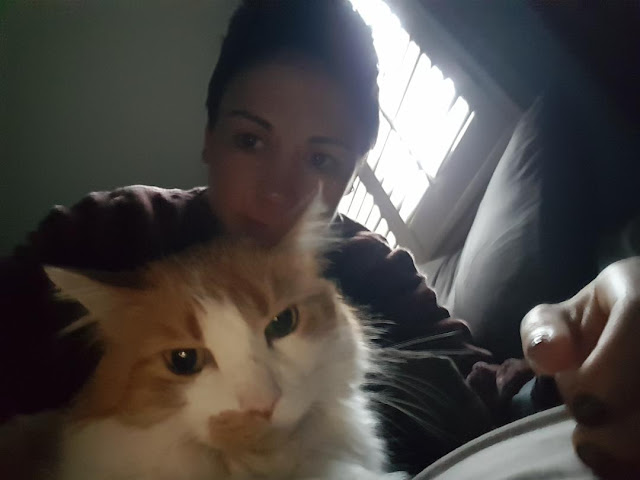 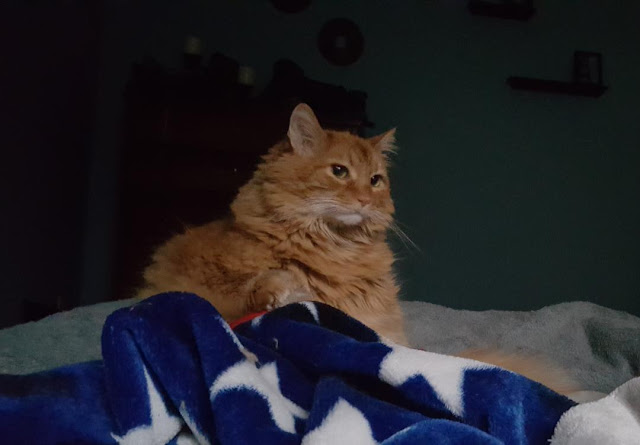 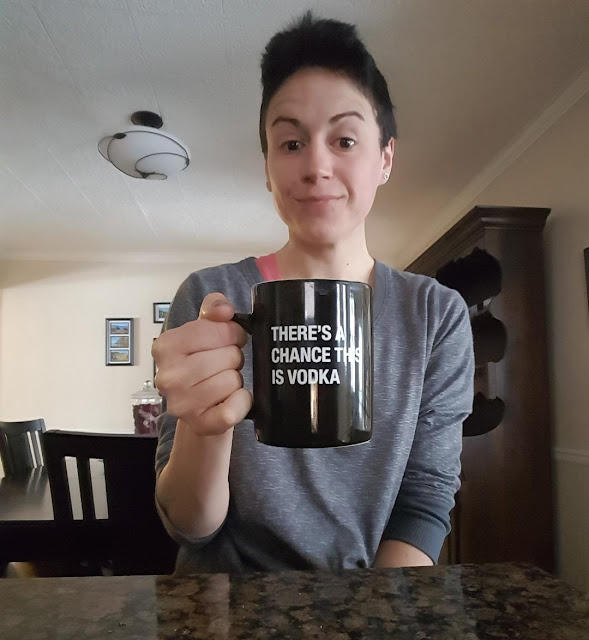 It was quite the lazy morning. Paul had an appointment at 11 but my car wouldn't start! I called AAA and they towed it to a nearby shop. We only have one car, so we always take it to a place that's about a mile away. The AAA guy thought the problem was the starter. I crossed my fingers that he was right and it wasn't something major.

Not having a car threw a wrench into my plan to go to the gym and grocery shop. Instead, I had to run 6 miles outside in the freezing rain. I call this a character building run! At least I had a good podcast about the Loch Ness Monster. 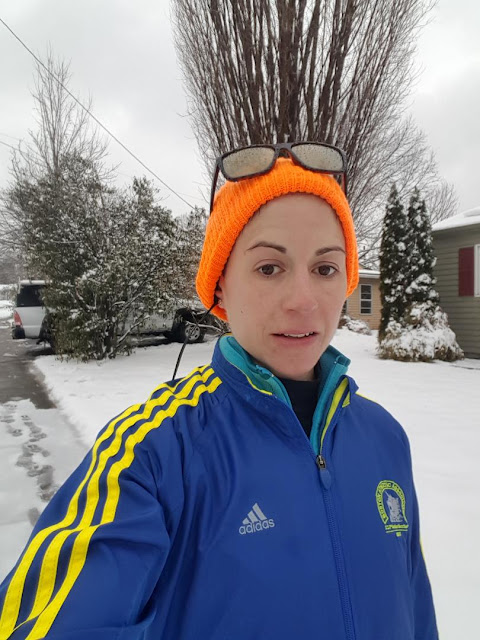 I'm doing awesome on my Spanish lessons! Look, I'm on a 50 day streak! And yes, check out the time I was practicing... I told you I can't sleep! 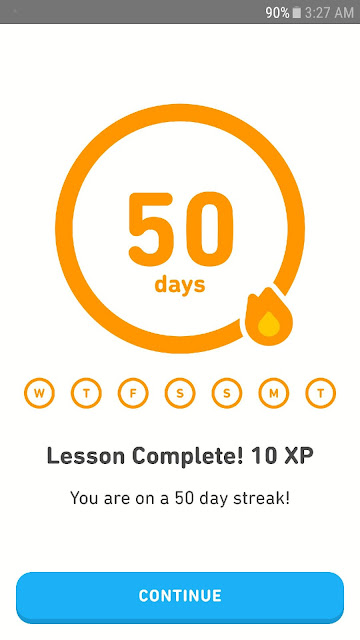 I was having a hard time getting warm after my run. And while I was very much hoping my car would be fixed today (I mean, how am I supposed to get to work!?), I was also dreading the cold, wet walk to the shop to pick it up. I just hoped that if it got done, it was before dark. I was also worried about what would be wrong with it...

... but of course the shop never called me. So I called around 6 and the cashiers said the mechanics had gone home for the day and that my car "wasn't done yet". I asked if it was looked at and she said no. How fucking annoying!!!!

Luckily, I have awesome coworkers so I was able to set up rides to and from work tomorrow.

That evening, Paul and I played cards. 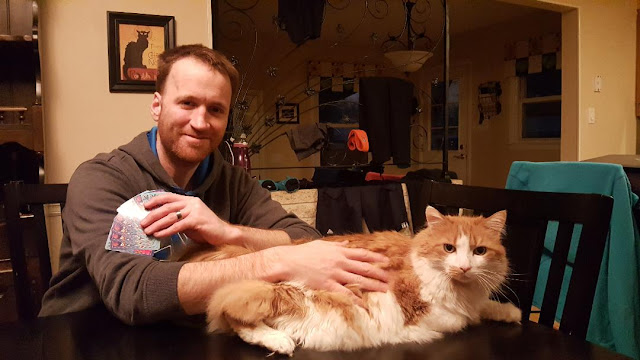 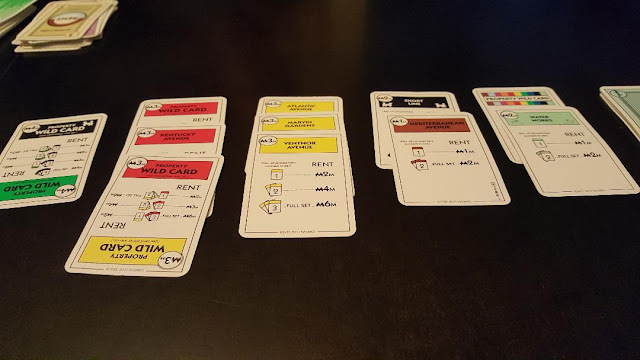 I had a snow day salad for dinner. You put BBQ chips on your salad too, right? 'Merrica! 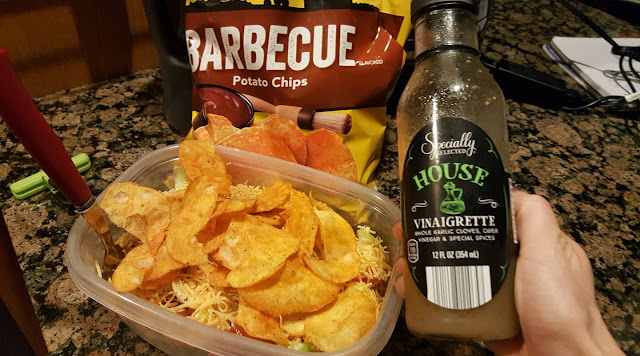 Before I went to bed, I got a text saying we had a two hour delay the next day! Wahoo! I could get used to a work week like this one...

Do you have AAA? Ever need your car towed?
Do your pets sleep with you?
Do you believe in the Loch Ness Monster?
Posted by Meg Go Run at 5:30 AM