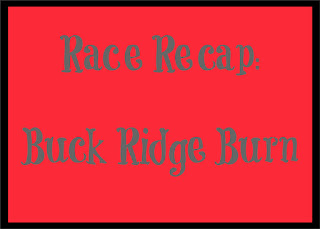 On Sunday, I ran the Buck Ridge Burn Half Marathon in Pine Grove Furnace State Park. My friend Jen is the race director, and she puts on a damn good race! It was very well organized and one of the most well marked courses I have ever seen! It seemed like every couple feet there was a pink flag. What a nice change from the horrors of the Safe Harbor Half. 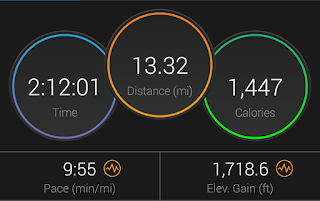 Before I tell you about the race, I have to complain about how I was feeling. Basically, I felt really shitty. The night before, I only got 4 hours sleep, and not even all in a row. I was up for hours with gas, stomach cramps, and sweating. I got my period in the middle of the night and then my lower back started hurting. It freaking sucked.

When I got up, I felt a little nauseous, like I sometimes do on the first day of my period. I also had that apprehensive feeling you get when you're coming down with something. (Or is that just me?) On top of that, I felt like a bloated, pooping walrus. 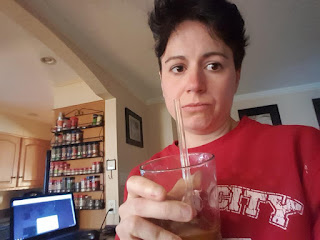 This race was going to be tough.

Before the race, I saw a lot of my running friends who were volunteering. It was nice to see some familiar faces. It was about 30 degrees out, which was fine for running, but not fine for standing around for 45 minutes waiting for the race to start. (The 5k started first.) That's probably the only part of the race I didn't like, all the waiting. Although if the weather was nice I probably wouldn't have minded as much. 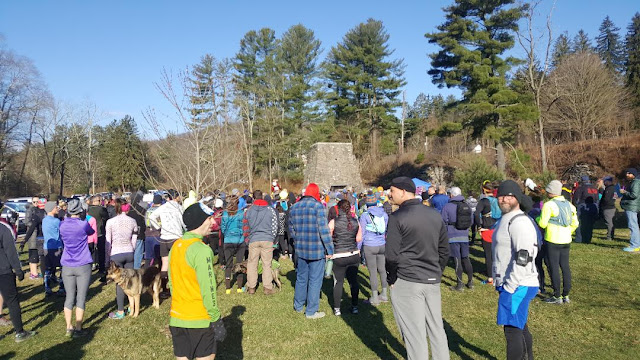 Here's my friend Jen, the race director, counting down for the 5k runners! 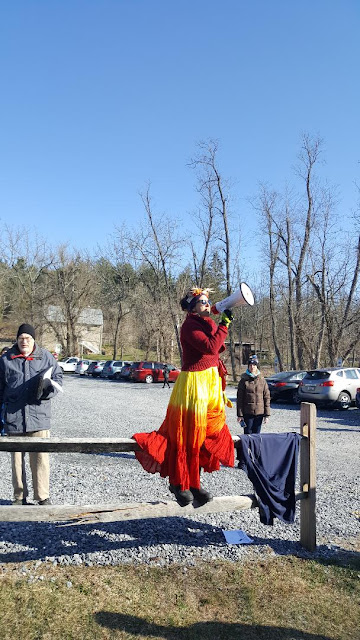 The race director is the same woman who drew this picture of Christmas for me! 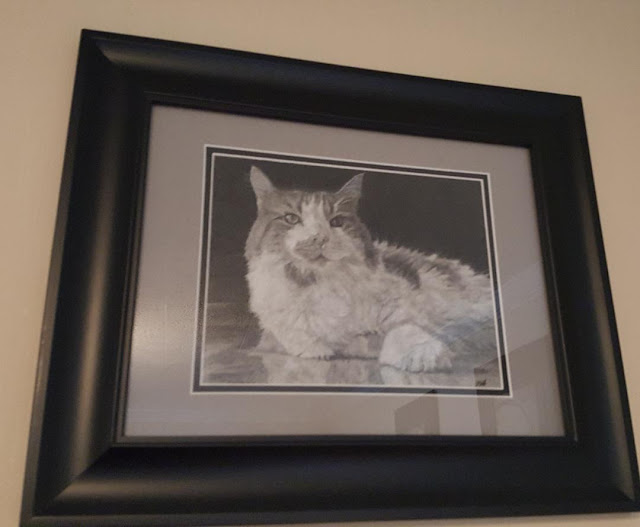 The race started promptly at 9:15. For the first mile or so, it was an uphill on road. I liked it because it spread everyone out before hitting the trail. I got myself into a pretty nice pocket for the whole race. Once I got into the trail section, I only passed about four people and about three people passed me. I wasn't up anyone's ass and no one was up mine. I listened to Survivor podcasts the whole time and just zoned out. 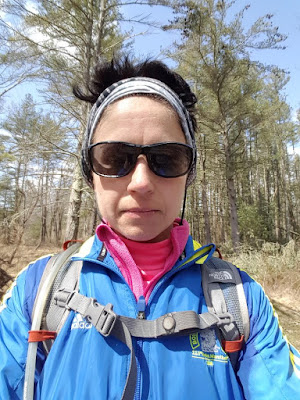 That's not to say I wasn't working hard. The race course was TOUGH. Check out the elevation profile... 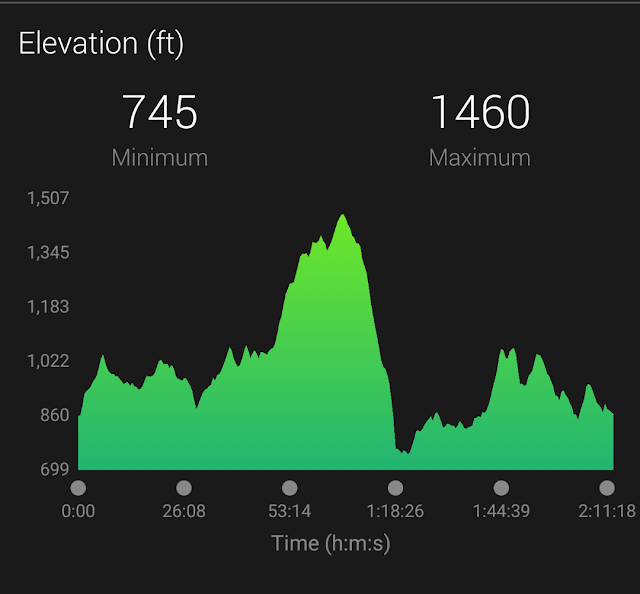 The terrain was a mix of single track with rocks, roots, fire roads, and some crazy, rocky, leaf covered downhills which I was very careful on. There were several stream crossing up to the knees. I walked up two of the huge hills that seemed never ending. Other than that, I pushed myself the whole time. There were times my lungs would get tired and towards the end, my quads were just shot. I even almost face planted pretty badly but regained control. (When I fall on trail, I stub my toe and then I'm propelled forward, airborne.) 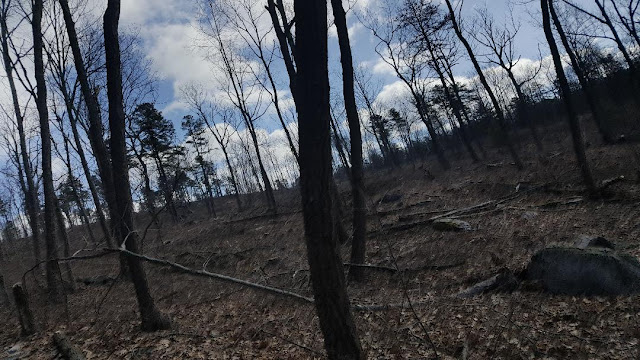 It was a beautiful course, but like I said, very difficult. There were so many volunteers at road crossings and turns. It was impossible to get lost! The aid stations were full of smiling faces and cowbells. At the second aid station, my friend Jeremy was volunteering. (He had run 43 miles on the AT the day before. I know, right!?) He told me I was the 4th woman and #3 was only about a minute in front of me. I really didn't have it in me to chase down #3, but I was hoping no women passed me. Ugh. I hate when I get competitive. I was just supposed to be running for "fun".

I didn't look at my Garmin at all until the third aid station at 9.6 miles. At that point, I was ready to be DONE. My legs and my lungs were tired. 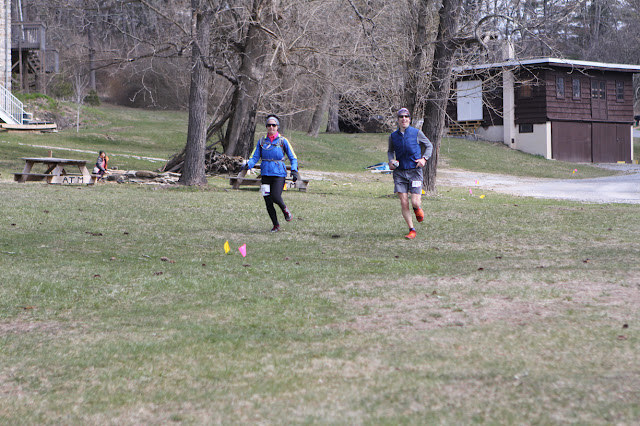 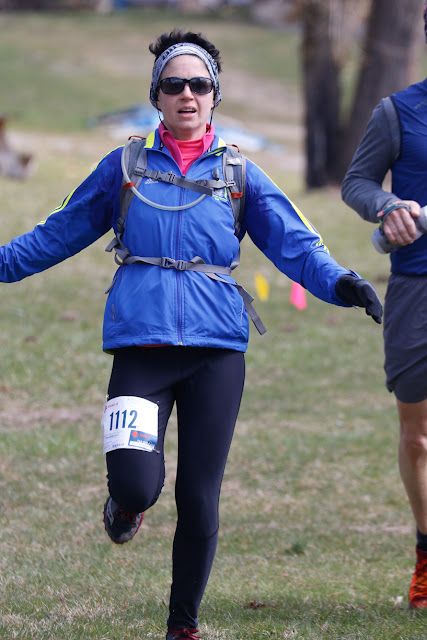 I beat the dude. Why did I do that? Was it a dick move? I gave him time to pass me, it's not like I sneakily did it right before the finish line. My friend Kristen was at the finish line laughing at the situation. I guess it was silly that I wanted to beat that guy at this relaxing, low key trail race. I guess I am competitive!

Speaking of competitive, no women passed me so I held my spot as 4th woman the entire race! Not bad for feeling like a bloated, pooping walrus. The official results were up a few days later and I saw I got 1st in my AG (30-39) and 16th overall! 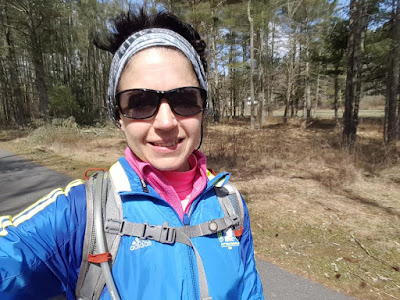 As soon as I got done running, I noticed my head was POUNDING. I thought I had drank enough water during the race but apparently I didn't. My head hurt worse than it ever has before. I was getting cold. I walked to my car. I felt too shitty to stick around and cheer the other runners. It was time to go home.

For running, we got a long sleeve tech shirt. This is my first v-neck. I love it! 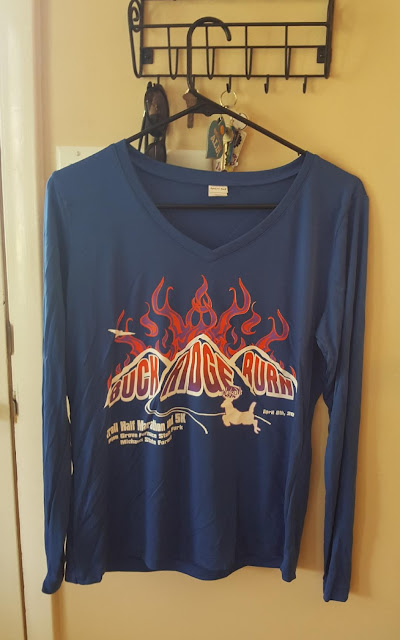 Instead of a medal, we got a coaster, handmade by the race director! This is way better than a stupid medal that I would just hang on a hook in the back of my closet. 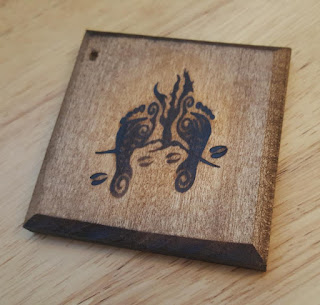 Event though it was really hard, I'm glad I ran The Buck Ridge Burn. If I run it again next year, I hope I forget how hard it was!

Was passing that guy at the end a dick move?

Tell me about the coolest "non medals" you got for a race!