I really thought I was going to die!

On Monday, Paul and I went to THE BEST amusement park in the world: Knoebel’s Grove. It is no secret I love Knoebel’s. Growing up, it was the park my parents always took us to. I have so many fond memories of Knoebels! 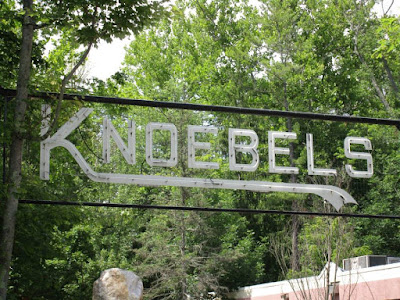 Paul hasn’t been having many symptoms lately so he felt comfortable riding more intense rides and than he normally would have. I mean, he wasn’t going to do the Cosmotron or anything (that ride involves a light show and strobe lights!), but he was game to try some coasters! 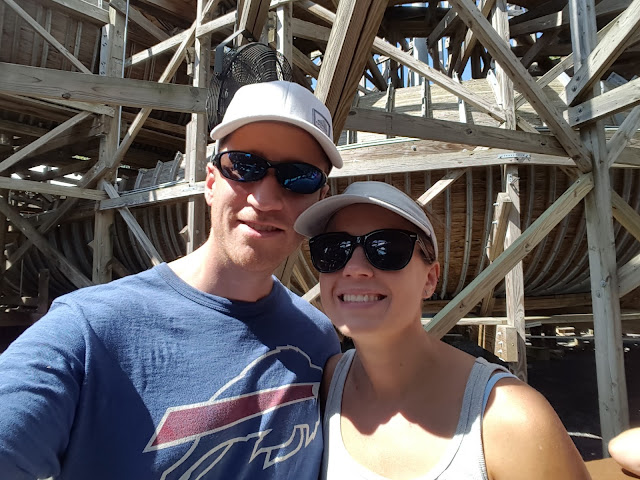 Since most kids were back in school on Monday, there were no crowds and very few lines. The only ride we had to wait for was The Flying Turns, which was a new trackless roller coaster I hadn’t had the chance to ride yet. 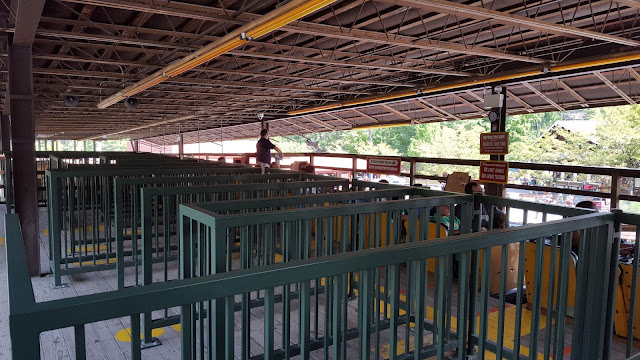 Absolutely no lines at The Phoenix!

As we were waiting in line at The Flying Turns, I started to reminisce to Paul about the first time I ever rode and upside down coaster.

It was back in 1992, when I was 11 years old. The coaster was called The Whirlwind and it used to stand at the exact spot we were at now. It was such a magical day for me and my brothers because I remember there being no line at all. We rode The Whirlwind, hopped off, ran back around, and got right back on. We rode it so many times. What an awesome experience for us! 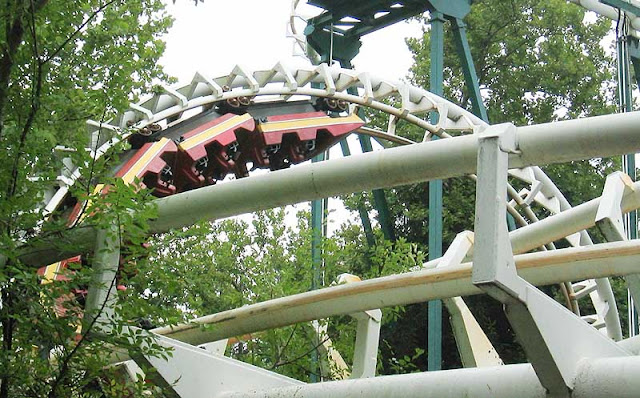 I had the absolute OPPOSITE experience on an upside down coaster at the park on Monday. And it was the very first thing we rode…

When we got into the park, we headed straight to Impulse, which is the newest coaster. Even though it had been running for a year or so, I never rode it because it looked scary and the line was always long. Today, there was no line, so I figured why not!? 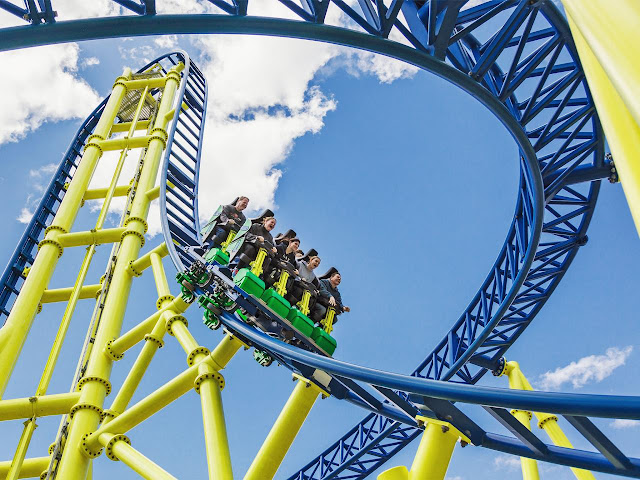 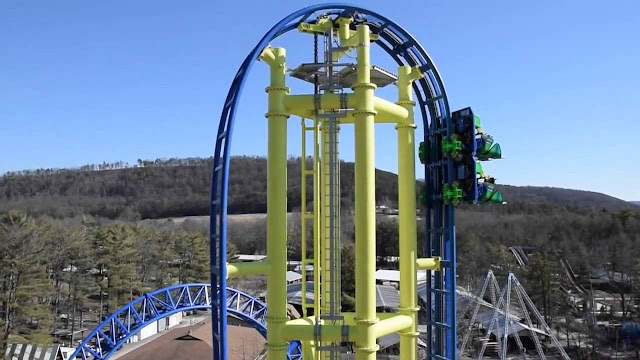 After getting into the coaster, I immediately felt uncomfortable because the restraint did not go over my head. Any time I have ridden a ride that goes upside down, the restraint was like this:

I like this kind of restraint. I feel secure. And I also like the extra measure of the strap that goes between your crotch, so if for some reason the part going over your shoulders released, it would still stay in place with the strap.

Okay, now this is what the restraint for Impulse is: 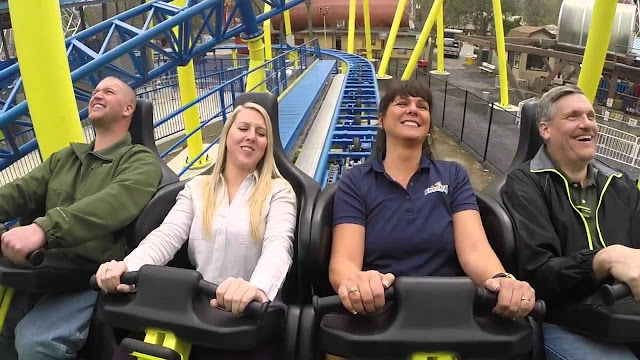 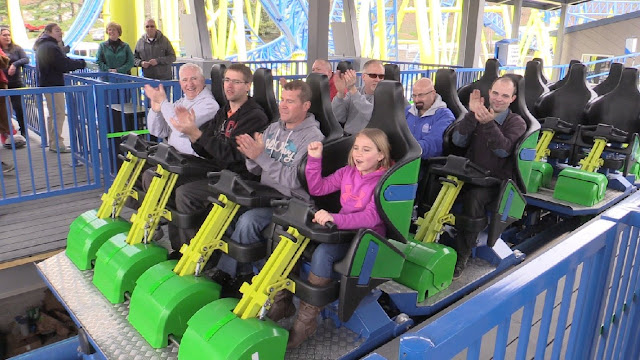 WTF????? Nothing over your shoulders? The restraint wasn’t even tight against my waist! I swear if I had a gun to my head, I could have wriggled out of the shoddy restraint holding me in.

“I don’t like this,” I kept saying to Paul as they prepared us for our ride. “Why isn’t there anything over our shoulders?” I asked. “I don’t like this, I don’t like this,” I kept saying. As soon as the coaster slowly started rolling I felt my stomach drop. I was absolutely convinced I was going to die. The track went STRAIGHT UP so we were basically on our backs staring into the sky. I don’t know what I was saying but I was absolutely panicking at this point. I held on, closed my eyes, and reminded myself that when I flew out of seat and fell to my death, it would not hurt because I would die right away.

I kept my eyes closed the entire ride and just kept bracing myself for something to go wrong. I was never more scared in my life. As scared as I was on the ride, the emotion didn’t completely hit me until our car slowed to a stop at the end of the ride. That was the point that I had what I can only describe as a panic attack. My chest felt heavy yet fluttery and I could not catch my breath. I could barely stand up to get out of the ride. I was pretty sure my face was white as I ghost. I could not believe I survived the ride.

Sorry if that sounds dramatic, but it was legitimately how I felt.

Looking back, I should have asked to be let off the ride as soon as I realized I was uncomfortable with our restraints. As we walked to the next ride, I apologized profusely to Paul for being a killjoy on the ride and that I hoped I didn’t ruin his experience, but I really thought I was going to die and I couldn’t help myself from panicking. It took me awhile to calm my heart rate. All I could think was “I AM ALIVE!!!!”

(The next day, I went on Youtube and watched a POV video of Impulse. Check it out if you are interested!)

It’s crazy that I used to love thrill rides and now that I am older, all I can think about is “What could go wrong? How am I going to die on this ride?”

There are very few rides at Knoebel’s that don’t scare me anymore. For some reason I am not afraid of the Log Flume, The Twister, The Phoenix, or the Skloosh. Of course I am not scared of the Pioneer Train, Antique Cars, The Carousel, or the Haunted House.

We rode the Italian Swings on Monday. I was terrified. I rode the Paratroopers and The Flyers earlier in the summer and I was scared. Obviously Impulse was the worst 1-2 minutes of my life and you could not pay me to ever ride that again.

We still managed to have fun at Knoebels and I am pretty sure that as long as I never ride Impulse again, I will enjoy every second I am in the park! 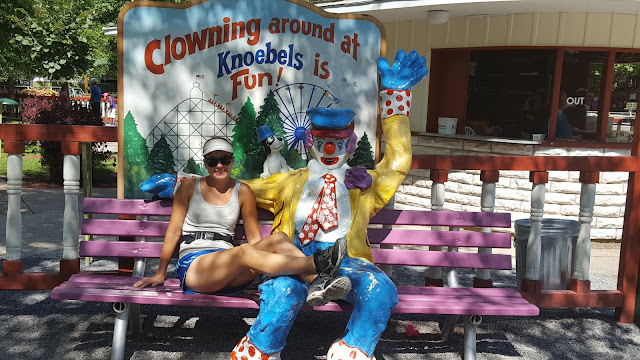 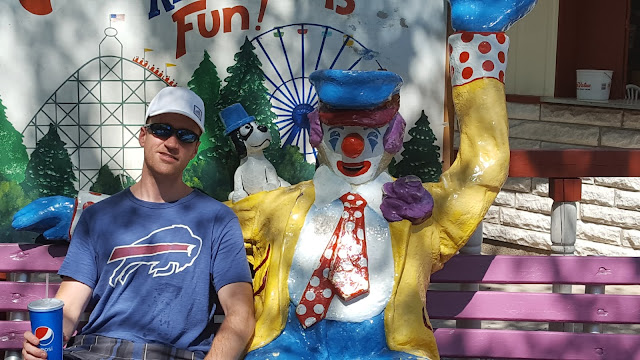 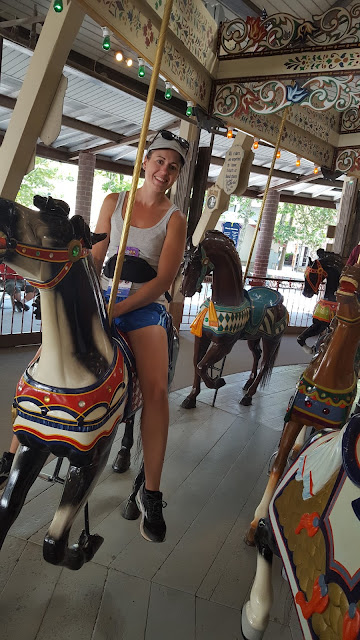 Totally my kind of ride. 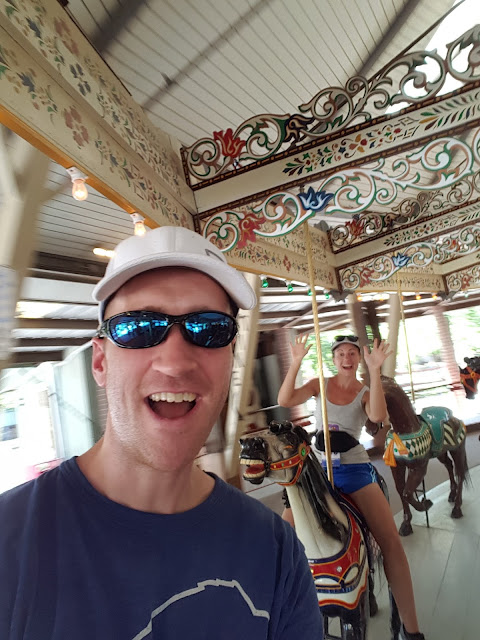 Do you remember the first time you rode an upside down coaster?

What sorts of rides do you like/dislike?