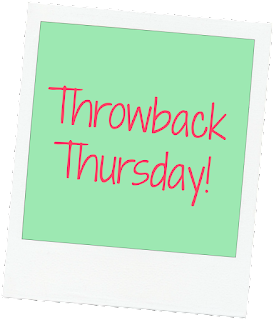 Kristina often does Throwback Thursday themed post, and her most recent one inspired me to dig out some old photos from late high school and early college.

Luckily, my mom took a lot of photos growing up, so I have many pictures from high school. I don't have many pictures of me at college because I don't think I had a camera! Also, I went to college 2000-2004, so obviously there were no cell phones with cameras. I don't think I would have a lot of pictures from college even if I did have a camera because I didn't have many friends in college. I wasn't very social, didn't get invited to parties, didn't have a boyfriend... none of that normal college stuff. (Boohoo.)

Most of my pictures from during my college years were taken during the summer when I was in musicals. Performing in community theater was my THING. Those were my PEOPLE. That is where I BELONGED! I'll share pictures from that time in another post. This post will have mostly high school stuff!

First, we have a photo from junior prom- 1999. I got my dress at Express. My mom let me get my makeup and hair professionally done. I was glad about that because I did not know how to do hair and makeup! Note: This is the last picture in which I actually have a decent haircut... 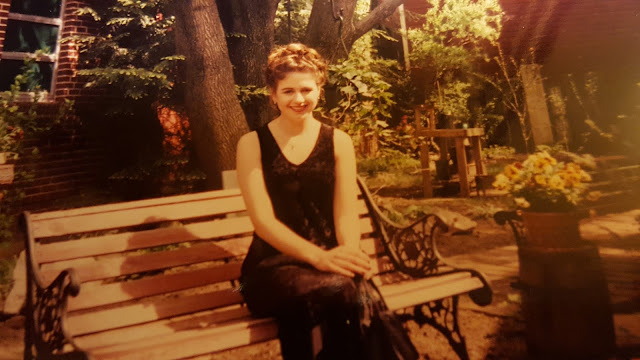 Next, me reading my acceptance letter from IUP in 2000! I was bummed I didn't get into West Chester, which was my first choice. IUP turned out to be okay, it was just a lot father away... 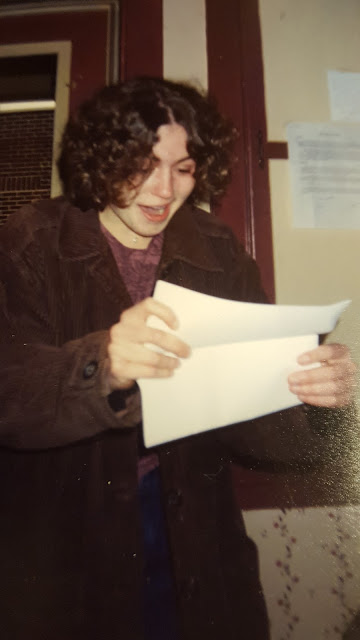 As you know, I'm weird. I have always been weird! Here I am in costume for our high school's first annual (and last annual, I believe!) lip sync contest! I was in a group with four other girls and we did the song Hey Mickey. My friend Ashley and I choreographed the dance and we all practiced our ASSES off. Of course we won! This was in 2000, my senior year. 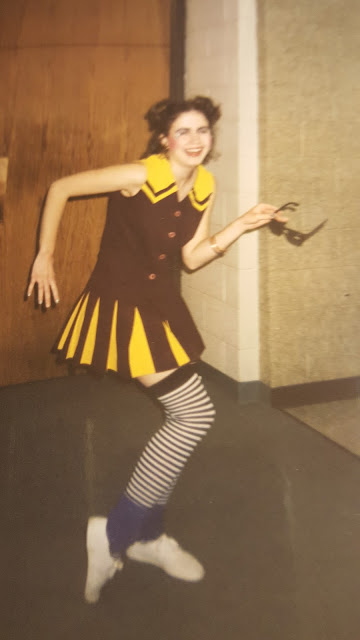 Remember I said a lot of my pictures are from musicals? Here is one of my best friend Ashley and I backstage during our senior high school musical Anything Goes. She played Reno Sweeney and I was Hope Harcourt. She had the fun role, I had the boring role! 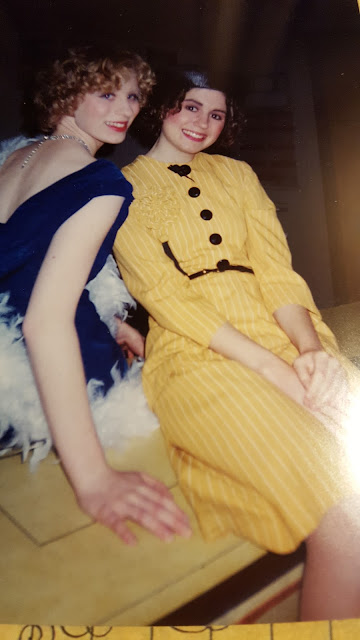 I went to my senior prom alone because my boyfriend went to another school and he already committed to a prom date before we started dating. Our proms were on the same night! Bummer! I still own this black skirt and black sparkly shirt. The shirt fits, the skirt doesn't! 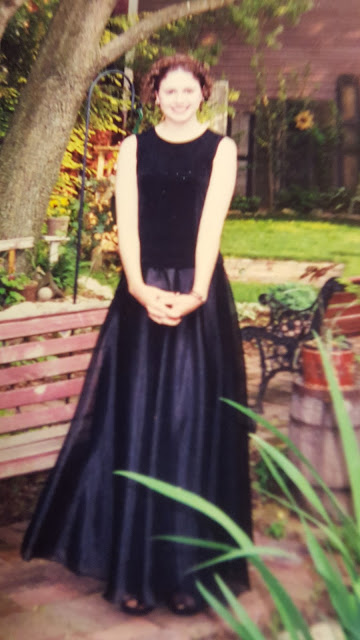 Ah, graduation! Here is me and my kindergarten teacher, Mrs. Batzel! Just look at my haircut. 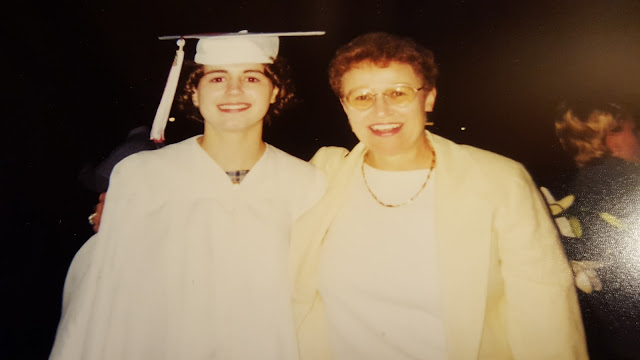 My parents threw a graduation party for me. I am showing you this picture because my shirt just SCREAMS the year 2000! 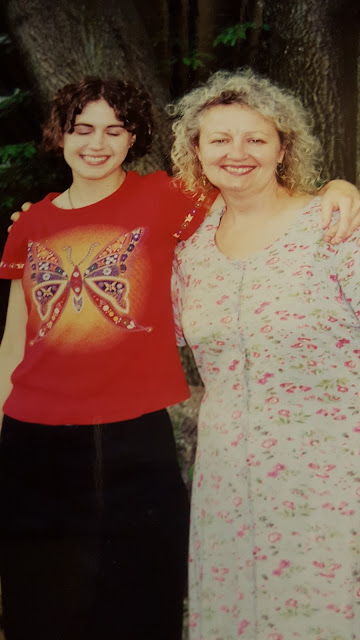 One college picture for you... My dorm room! When I showed this to Paul, he laughed out loud at my keyboard. Hey, I was a music major! Notice the CORDED phone on my mini fridge???? 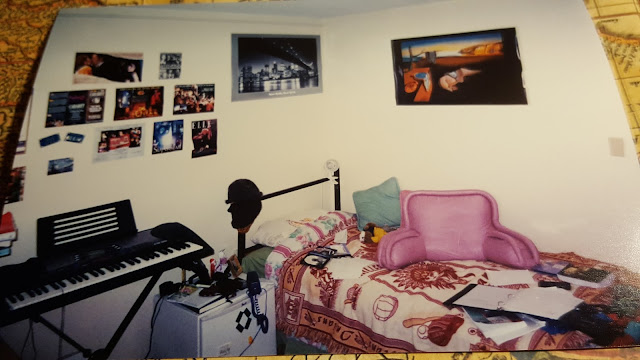 There you have it, friends! My hilarious awkward high school photos! I am going to dig around for some college ones next week...

Have you had any unfortunate haircuts?
Did you go to prom?
Where did you go to college? Did you have friends?
Posted by Meg Go Run at 5:30 AM