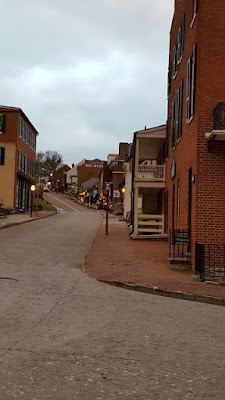 Over my Christmas break, Paul and I decided to take an impromptu trip to Harpers Ferry, WV. We were there earlier in the month for Olde Tyme Christmas and had such a wonderful time! One thing we weren't able to do that evening was hike on the Appalachian Trail (Paul's wish) and run on the C&O Canal Trail (my wish). Well, around 11:00am on the Tuesday after Christmas, we decided to head down there and realize our dreams!

Now, I hope to tell you the good, bad, and ugly on my blog. Paul and I have lots of fun times together but sometimes we get annoyed with each other. I got a little annoyed on the drive down. We didn't have any podcasts that we both liked to listen to. I had plenty of true crime/murder podcasts, but he doesn't like to listen to that stuff.

So he started playing on his phone, which is fine, but then I was bored because I was stuck driving. I got annoyed and put on my headphones so I could listen to my murder podcasts without him crying. (Inside joke about the crying thing!)

We hit a little traffic so it took a little longer to get to Harpers Ferry than normal. But this time, we knew the ropes, so we drove straight to the shuttle area and hopped on the bus...

Well, we had to go into the visitors center and buy passes first, so we missed the bus and had to wait for the next one. 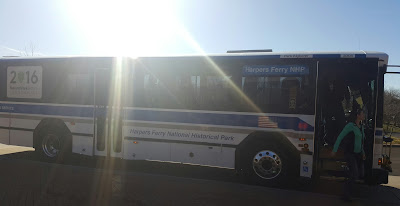 The bus drops you off at lower town. We walked right over to the water where the Shenandoah and Potomac Rivers meet. There is a beautiful mountain, train bridges, and it is all so picturesque! PAUL LOVES THIS PLACE. He gets really hype about it. I like it too, but not as much as him! 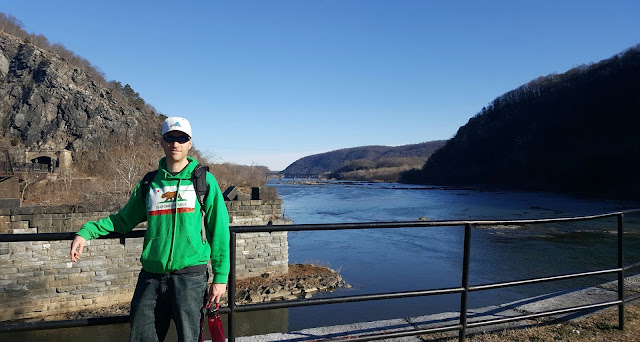 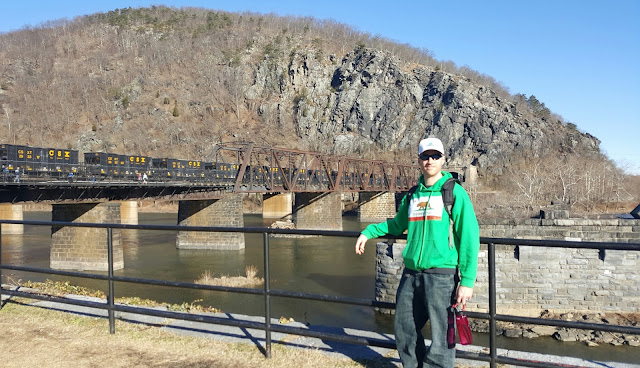 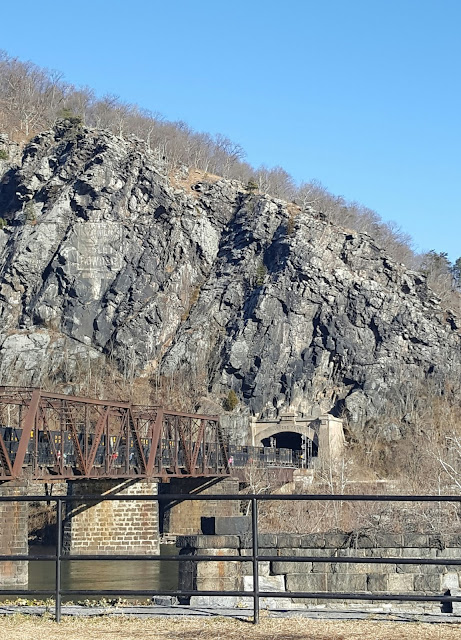 This is the first time I actually saw a train go across the bridge! 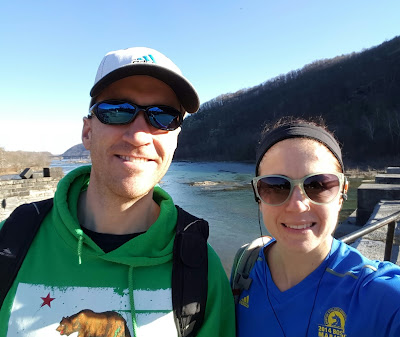 You can walk across the train bridge, and since that's where I would get on the C&O Canal Trail, that's what we did. 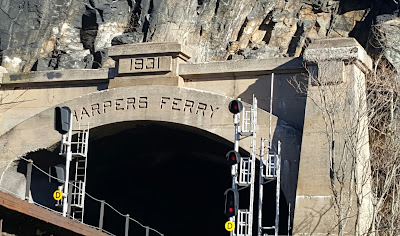 Paul would walk back across the bridge and hop on the AT on the Harpers Ferry side. We decided on our meeting place/time and off we went! 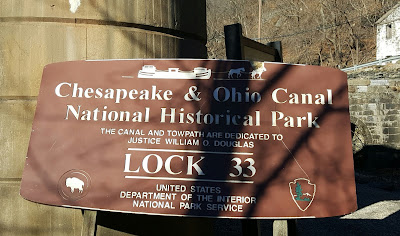 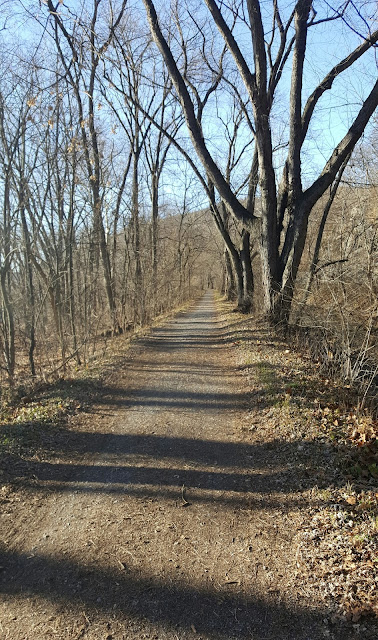 The trail was flat, your typical rail trail Very pretty! 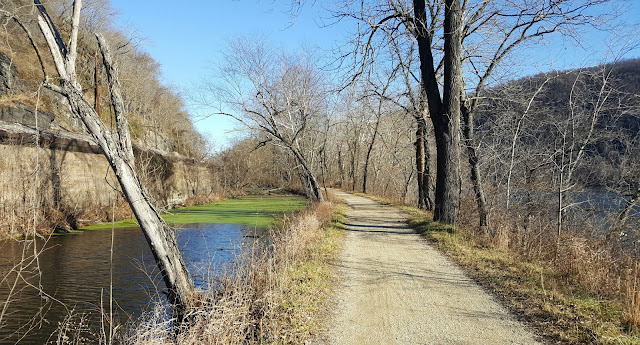 Parts of it had me running right between the river and the canal. 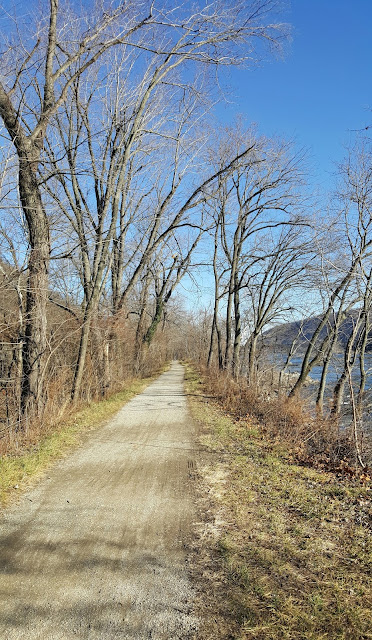 On the way out the wind was at my back. When I turned around after a half hour, I was met with some killer wind at my face! Ugh! 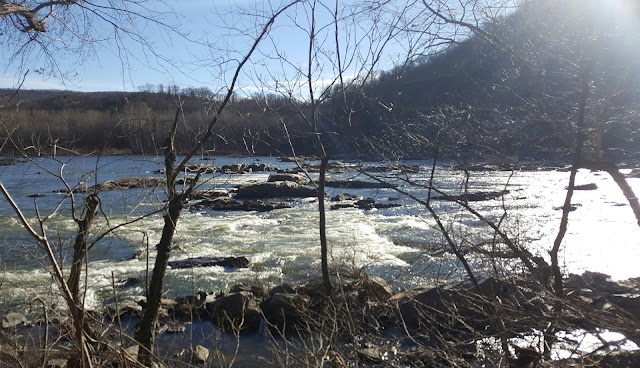 The water was quite treacherous! I'm going to be honest... it was hard for me to relax on this run. While I did pass walkers and cyclists from time to time, I never felt content. It was a combination of being apprehensive in a new place and also the fact that the podcast I was listening to (and all the podcasts I had been listening to for the past two weeks) was about true crime. I was convinced there was a mad man following me on the path and that his goal was to rape me and drown me in the river. 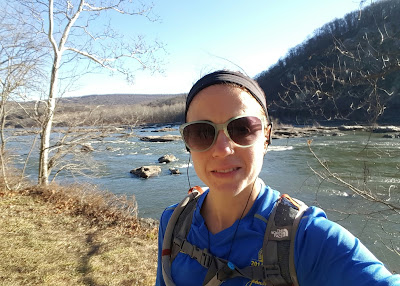 This is me, trying to be happy about running but also scared there was a murderer following me... 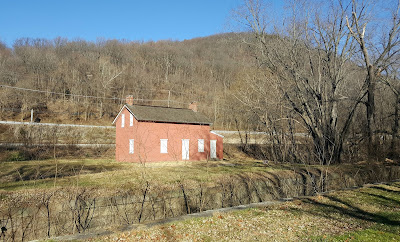 There was a cute little house! 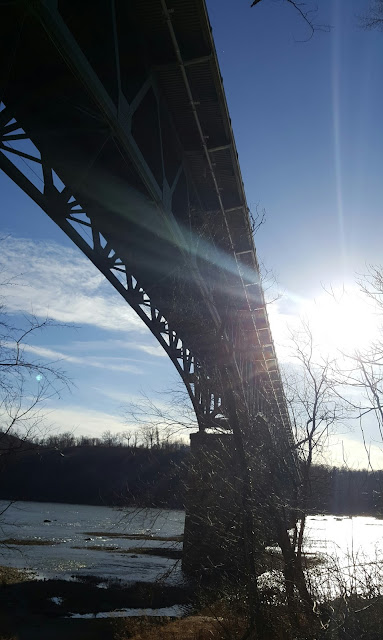 I seriously just did a point and click and got this cool photo!

It was a pretty run, but I got bored like I normally do on rail trails. My body felt creaky as well. I had done a lot of running over the holidays. I got done a little before Paul and I agreed to meet so I took the time to stretch.

Then I met Paul. He had a nice hike but his ingrown toenail was bothering him a lot. He refused to take pain meds, which I didn't understand because they always help me when one of my toes hurt.

We popped into a bookstore and Paul got a Harpers Ferry patch. He collects patches for places we go. He hasn't done anything with them yet, though. Any ideas!?

Then we walked up to the Appalachian Trail Conservatory. Harpers Ferry is the psychological halfway point (whatever that means) of the AT. Apparently this place is really hopping in the spring!

The conservatory was a little farther than I had anticipated. The temps were dipping and I was getting cold! We went inside and the volunteer working there was just the kind of person that annoys me. When you had a conversation with her, she was not only condescending, but she wouldn't let you get a word in edgewise! She annoyed Paul too! Needless to say, we both wish we had not gone in there! 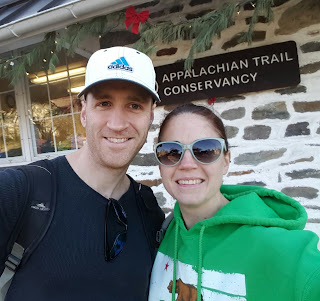 This pic was taken before we went inside and got annoyed.

At this point, I wasn't much fun to be around. I was freezing and getting really hungry. We were going to find a place to grab something to eat before leaving the little town, but all the restaurants were closed!

So we walked toward the shuttle. It was about to leave, and I asked Paul if he wanted to run toward it so we wouldn't have to wait for the next one. He didn't want to. Oh boy did that make me pissy. I wasn't concerned about his sore toe and what running would do to it... I was concerned about being FREEZING COLD. (This is an example of me being selfish.)

Waiting for that shuttle made me realize I could never go on Survivor. Being cold and hungry just doesn't allow me to be a functioning human being. Finally the shuttle arrived. When we got to the car, Paul had to unlock the doors because my fingers were too frozen to turn the key.

We headed home. We hit traffic. We were starving. His phone died. I gave him my phone to use and I put on my headphones to listen to a podcast about Charles Manson. I completely zoned out. I was in what we call "shut down mode"... where I'm too hungry and tired to interact with anyone.

When I got home, I had two stuffed olives, three mini turkey and cheese croissants, a bowl of chili with chips, and sausage dip with chips. Then I had two cookies, two Jelly Belly candy canes, and a Hershey bar for dessert. Somehow I had two glasses of wine in there as well.

It was a good day but it wasn't perfect!

Oh, I forgot to mention, I found a twenty in my waist pack that I wore while running! I guess I threw one in there at some point. Don't you love when you find "free money"?

Do you get bored on rail trails?
How would you fare being hungry and cold on Survivor?
What happens to you when you hit "shut down mode"?
Posted by Meg Go Run at 5:30 AM