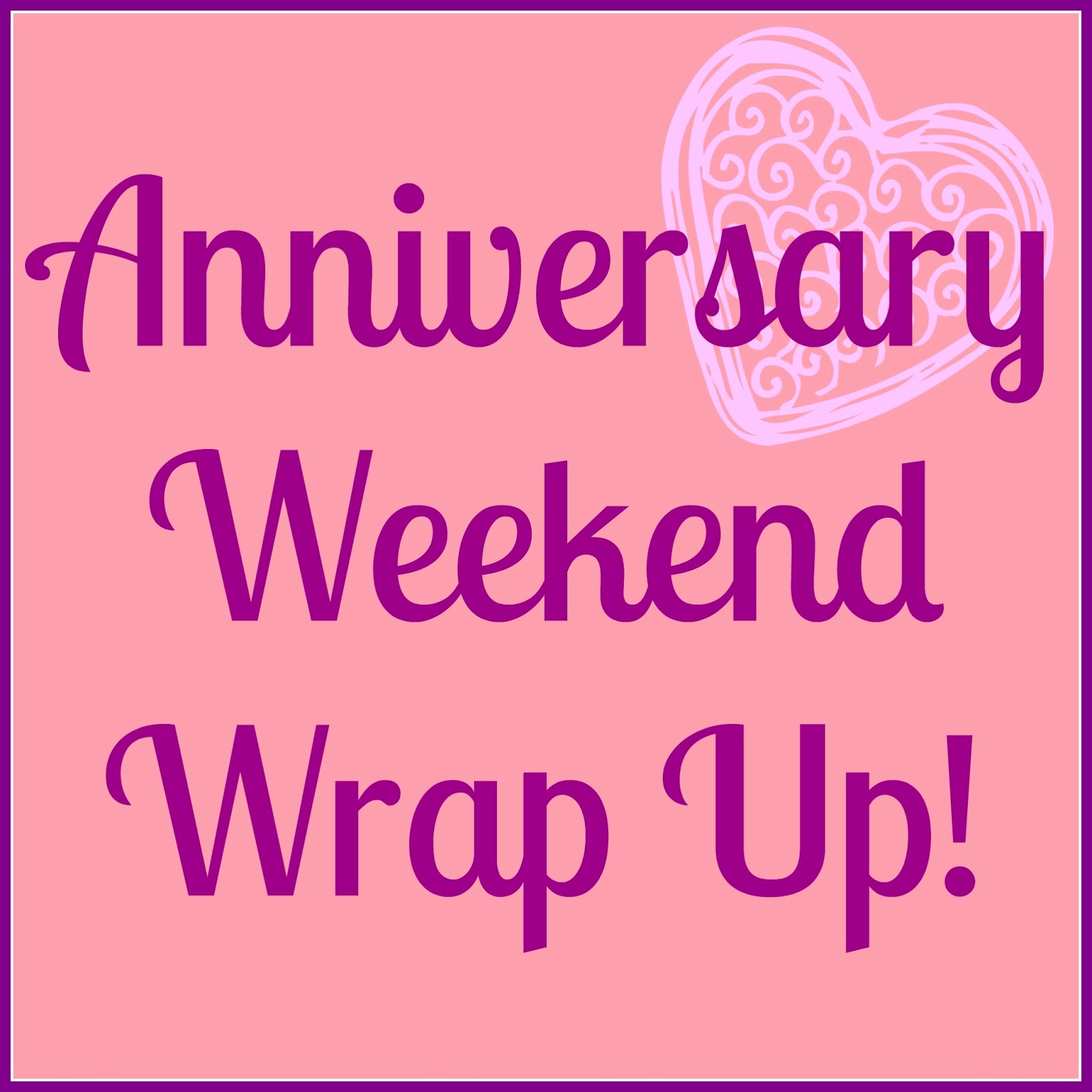 Ooh look, a lovey dovey theme for our Anniversary Weekend Wrap Up!

Warning: This is really long! We actually got out of the house and did stuff this weekend!

Friday morning was glorious because I finally got to catch up on some sleep! Then Paul and I headed out for one of our disc golf/running dates. We were went to Codorus State Park in Hanover, PA. It's about 50 minutes south of where we live. On the way, we stopped for breakfast at a diner. It only took about 4 minutes for our food to arrive, which was awesome because we were starving! 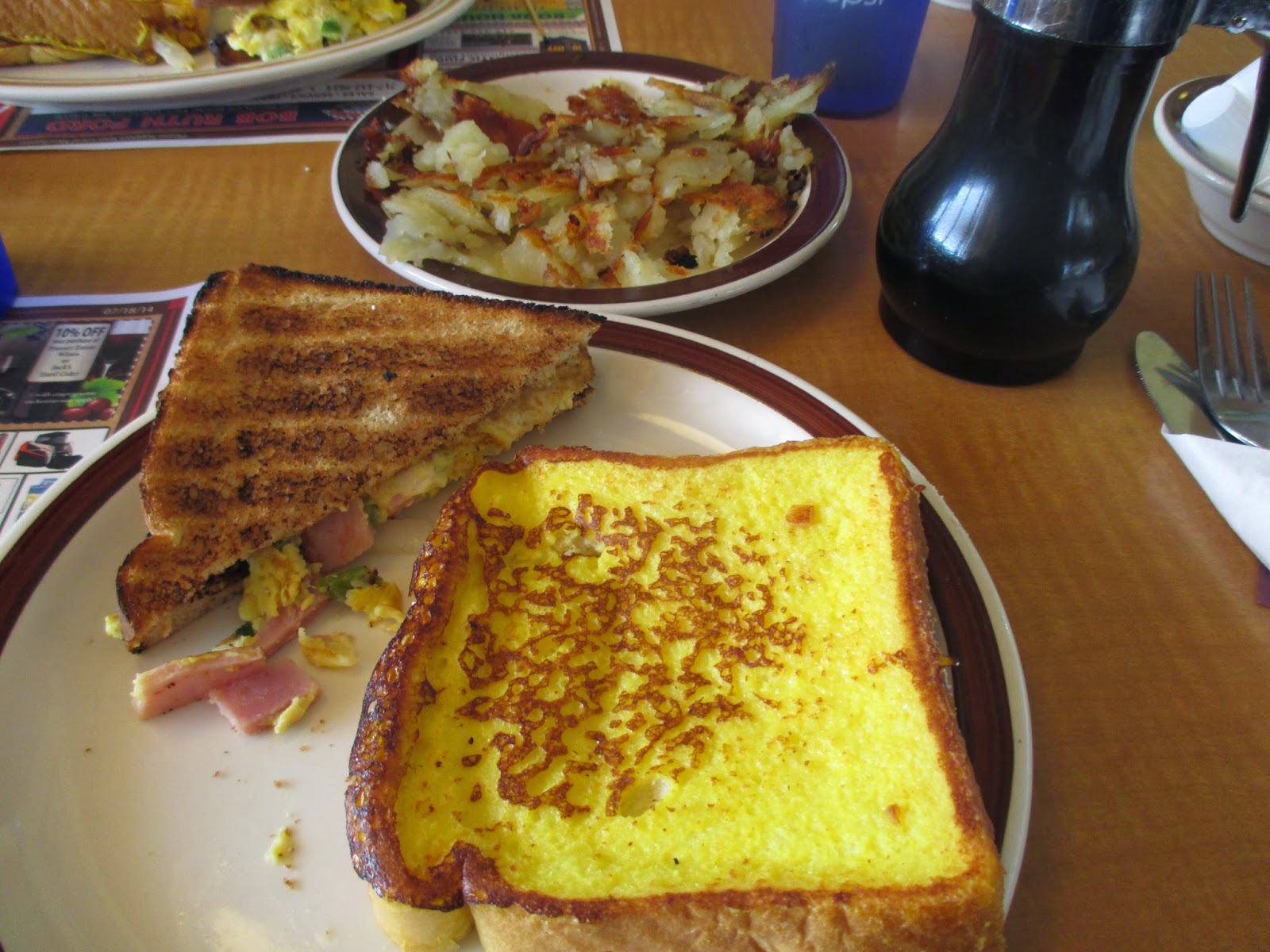 French toast, 1/2 egg sandwich, and home fries.
Not pictured: Another half piece of French toast and coffeeeee! 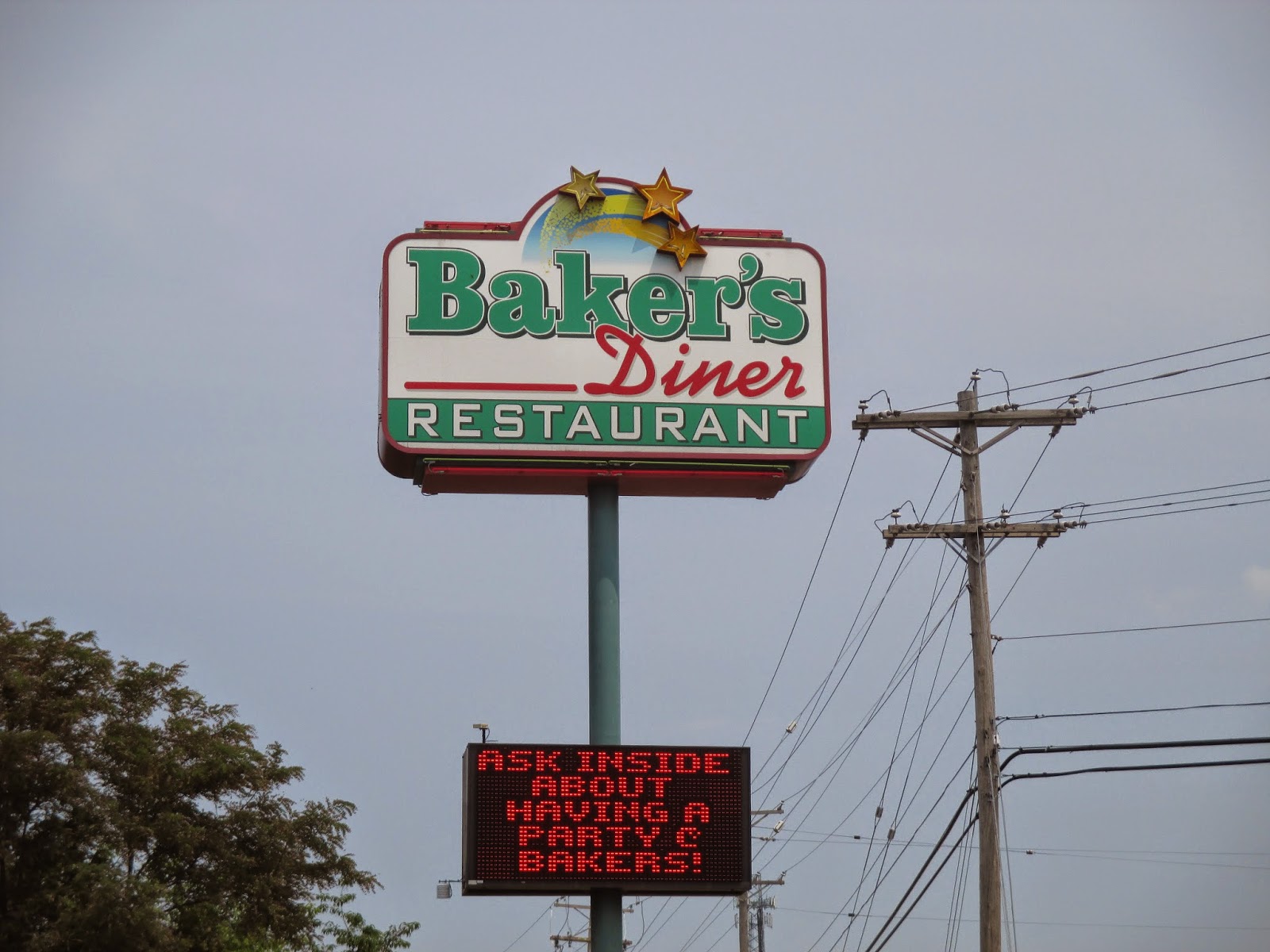 Once we got to Codorus, we took off on our own adventures. Codorus has a highly rated disc golf course, so Paul was excited for that. They also have fun running trails but since I am afraid of snakes during the warm months, I stuck to the road. It's okay, the scenery was gorgeous! 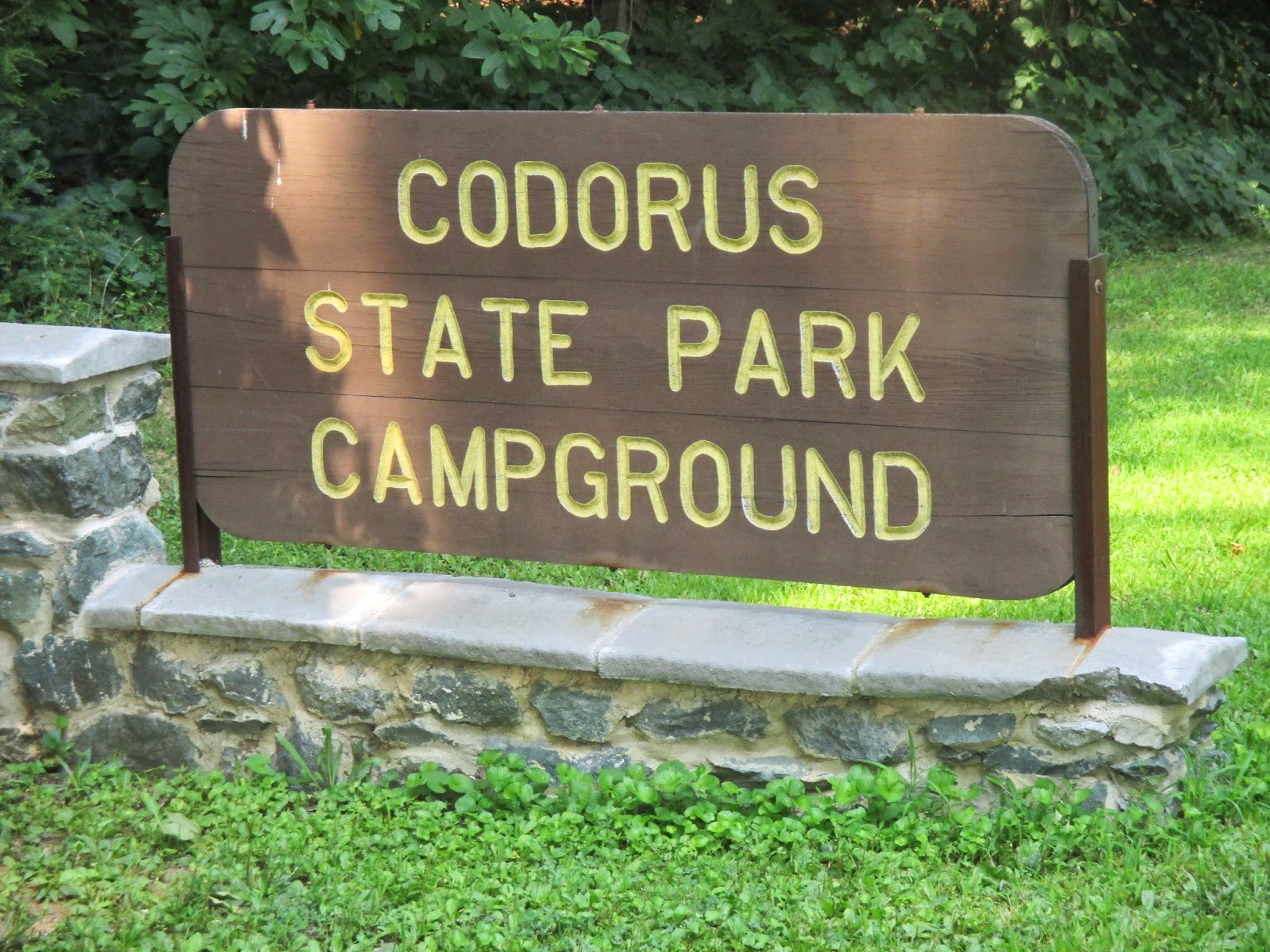 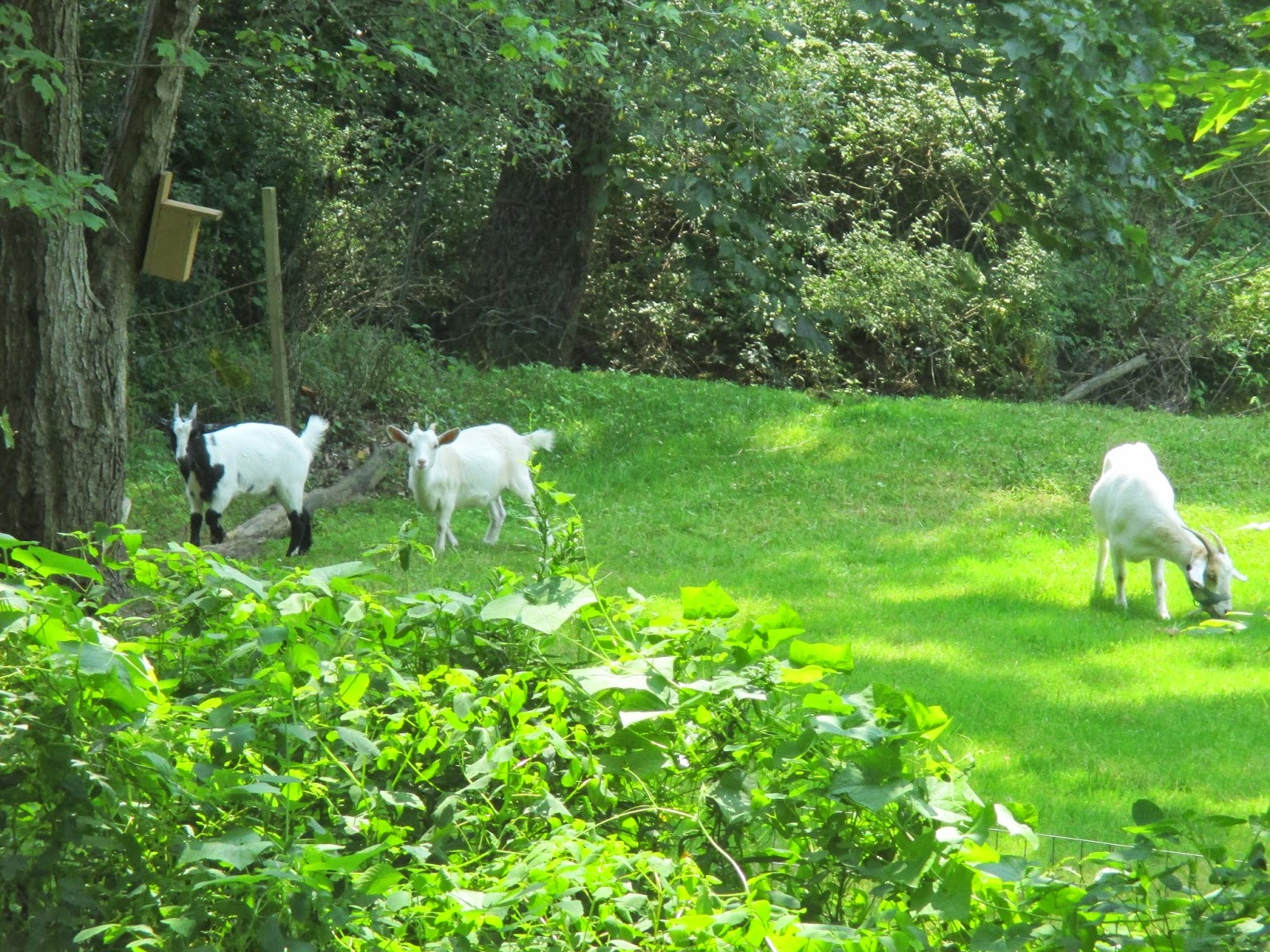 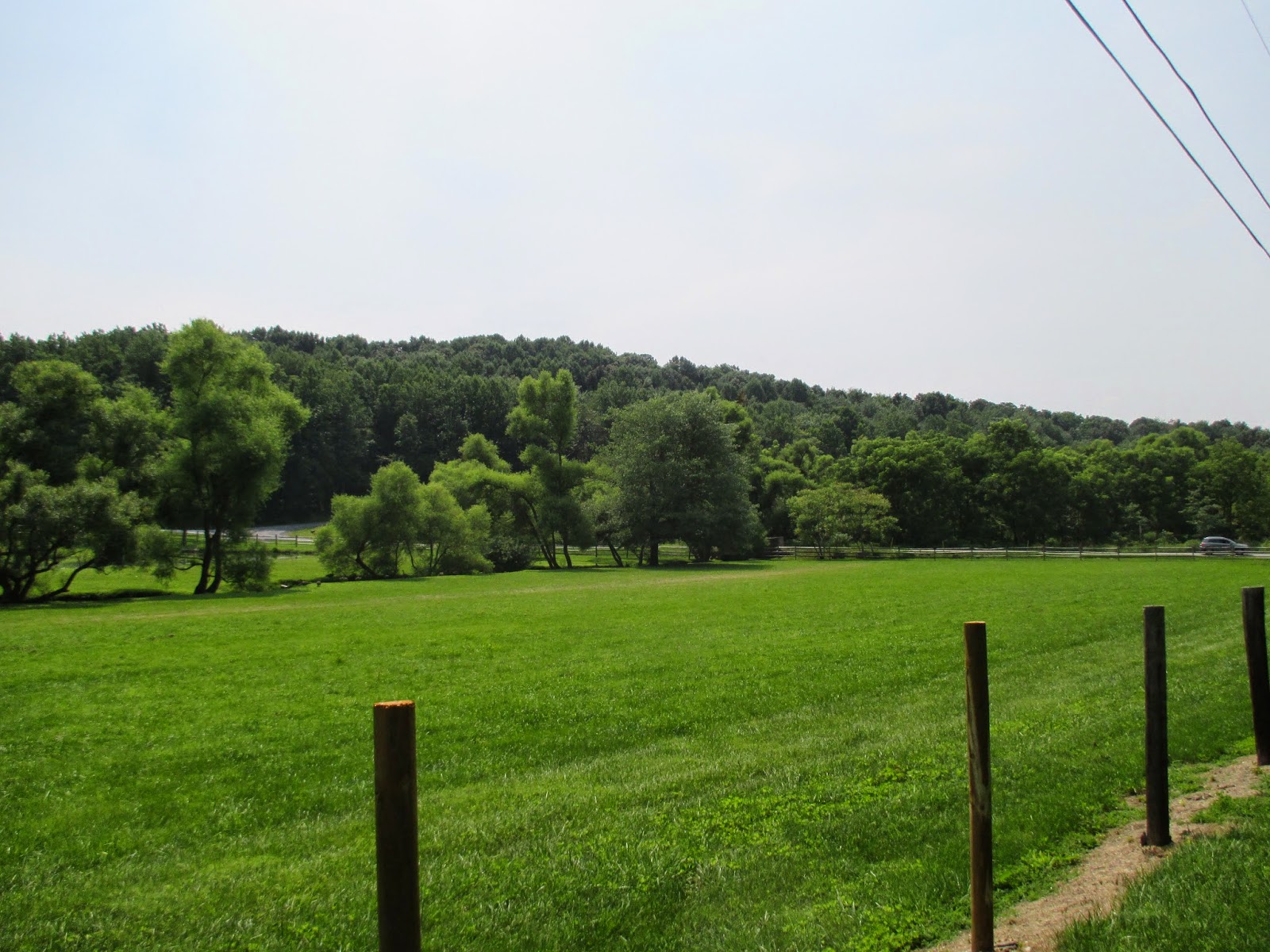 Central PA scenery at it's finest! 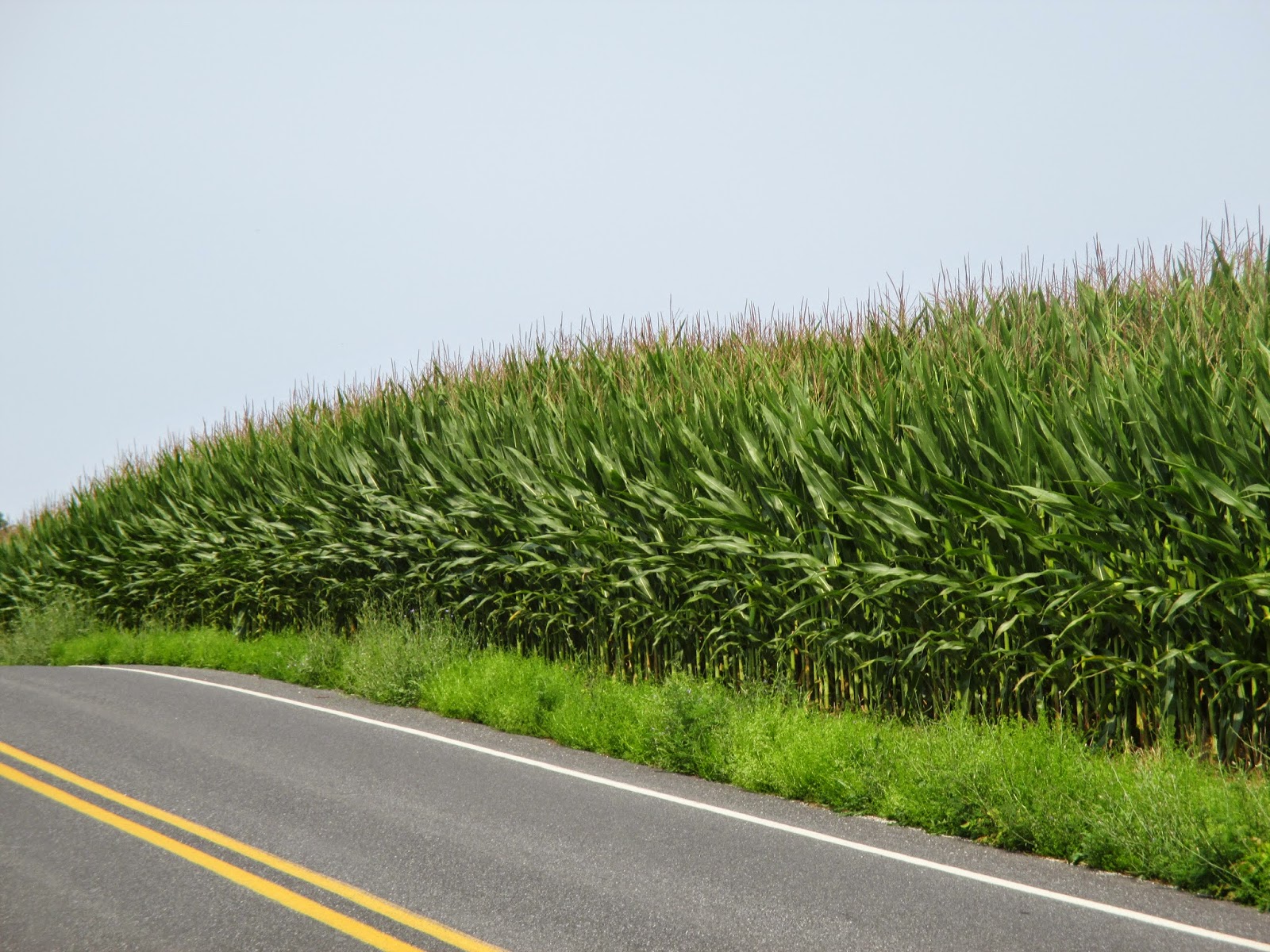 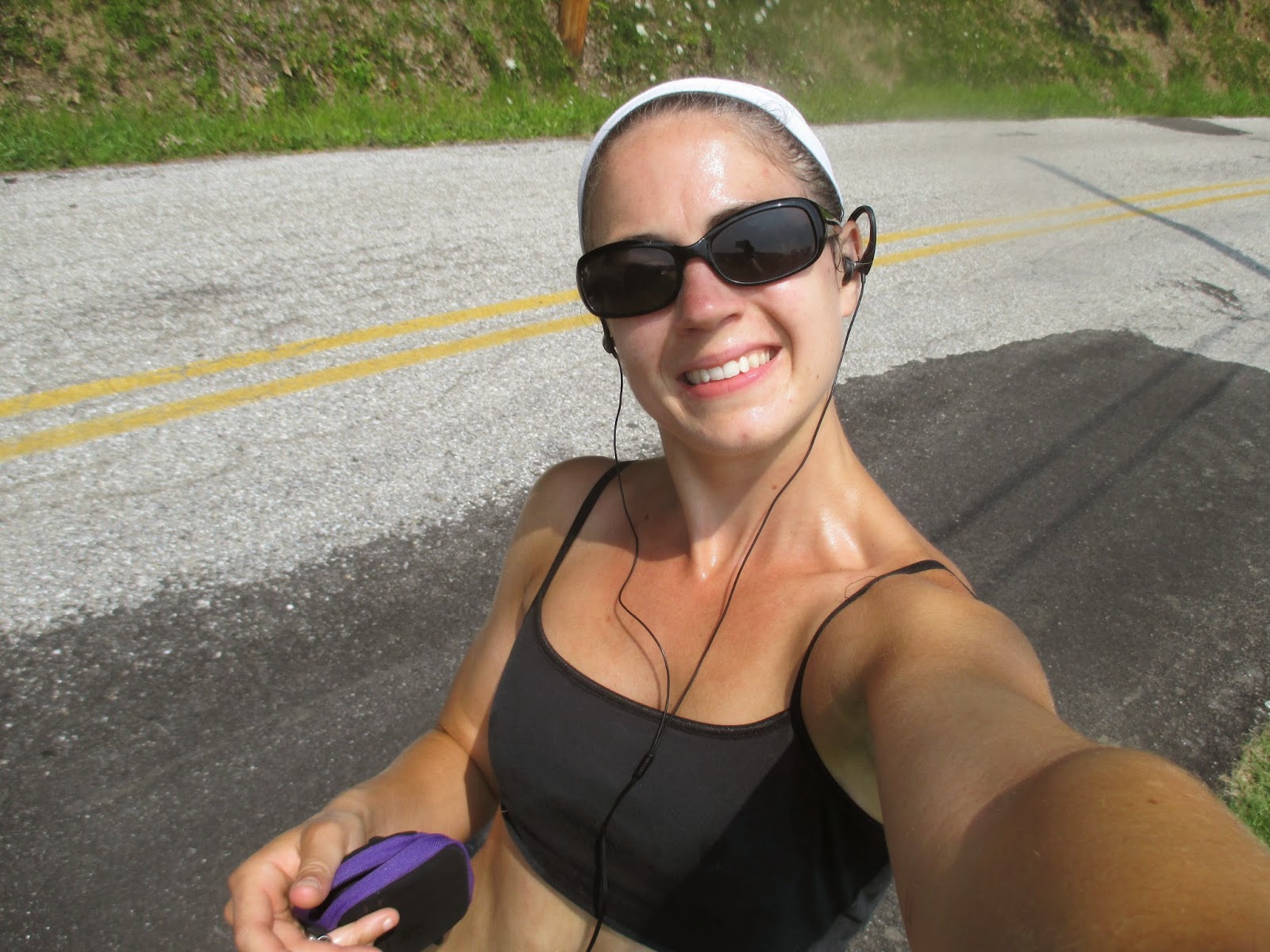 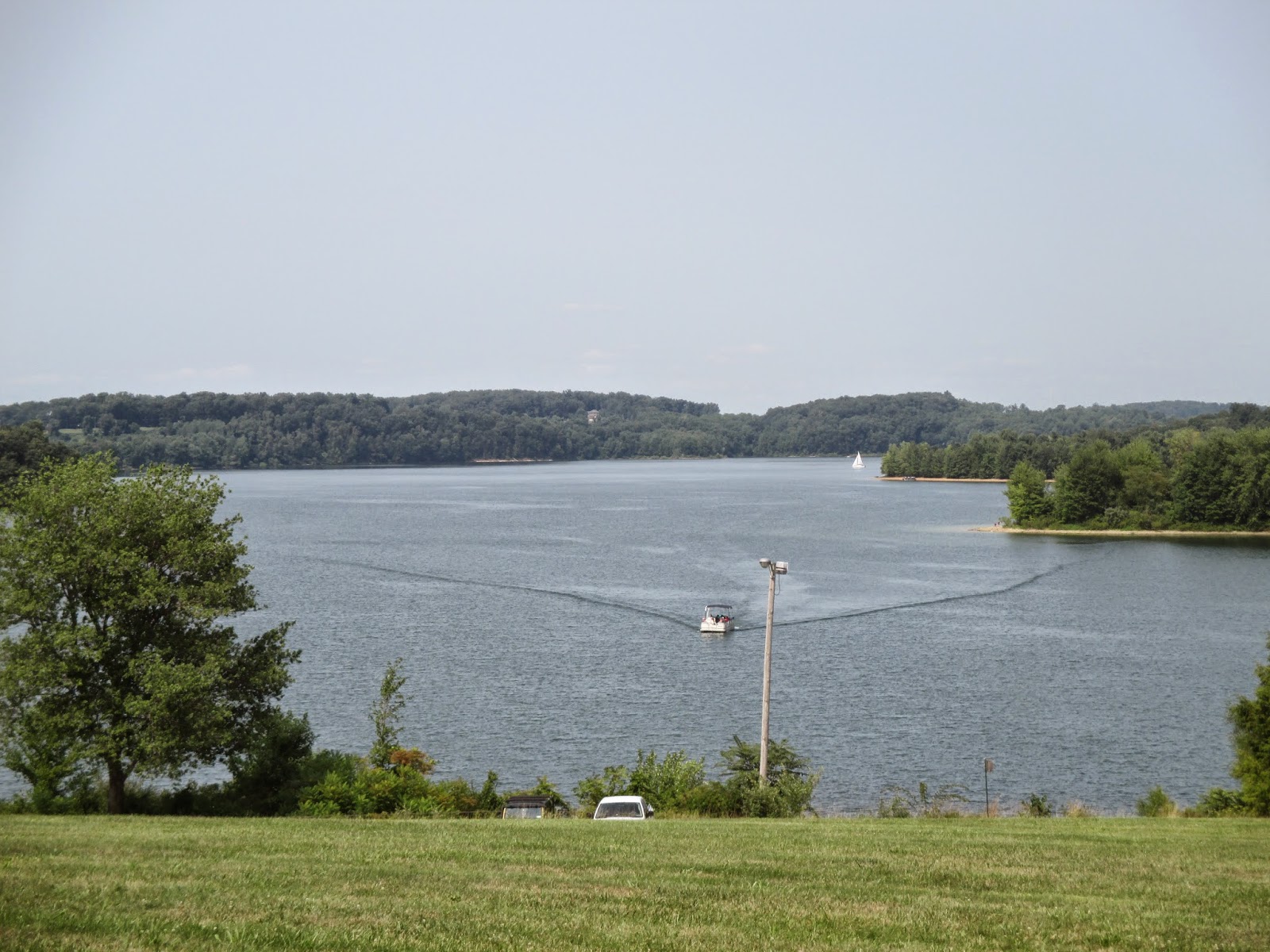 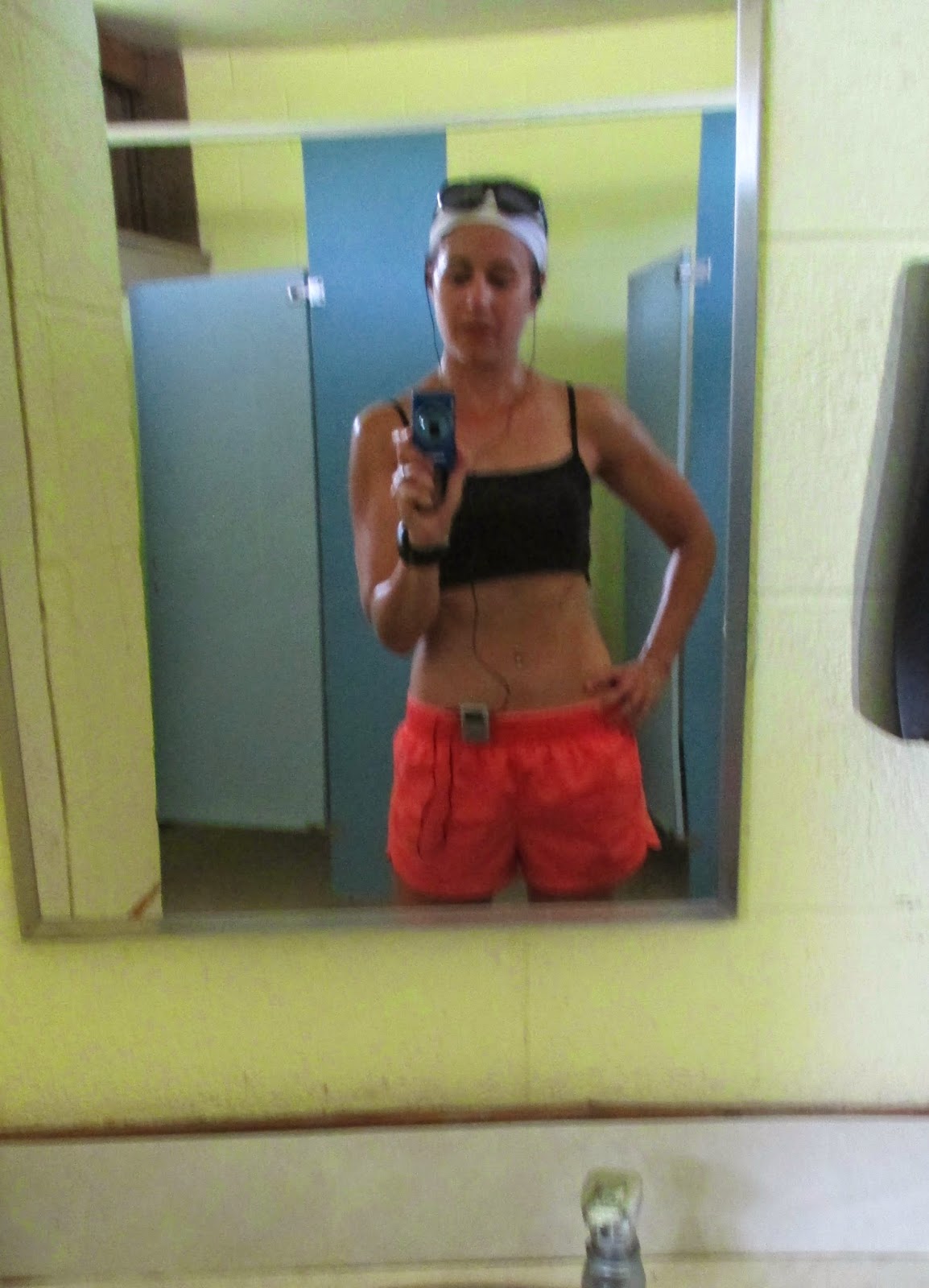 Bathroom selfie. Apparently I have to concentrate to take these. 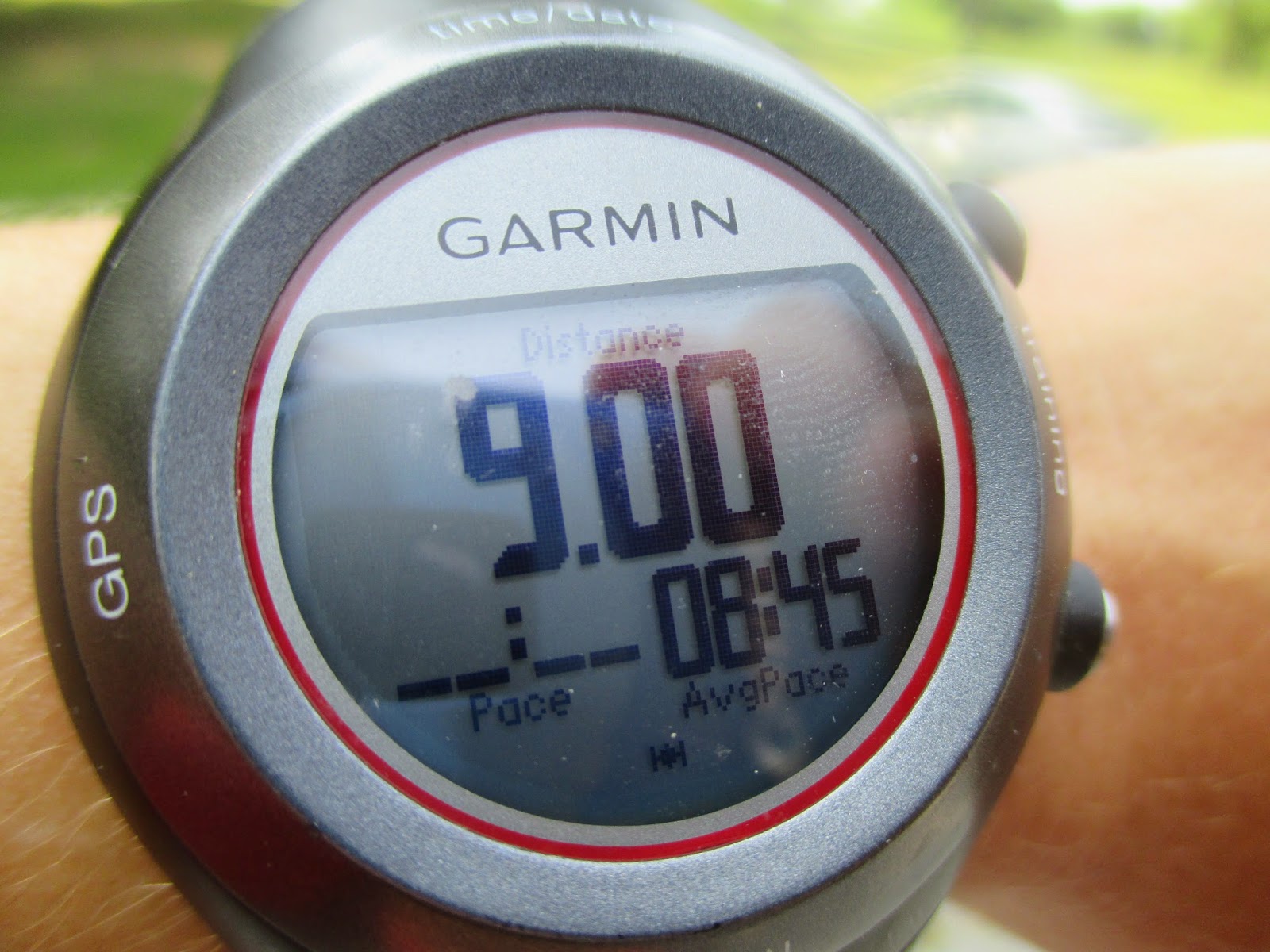 I slowed my pace down and the run felt great! 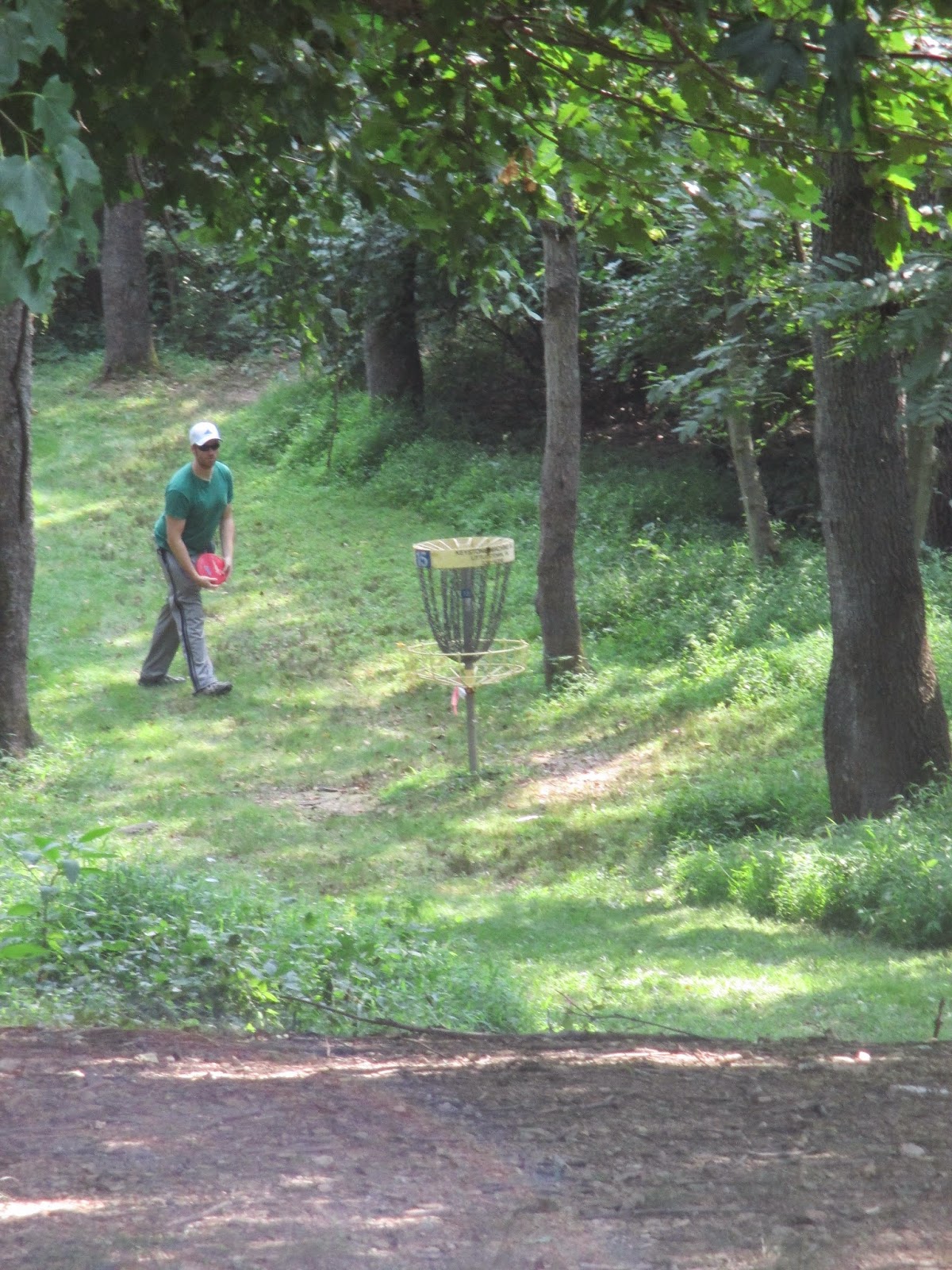 I got done first, so I snagged some pics of Paul finishing up Hole 18. 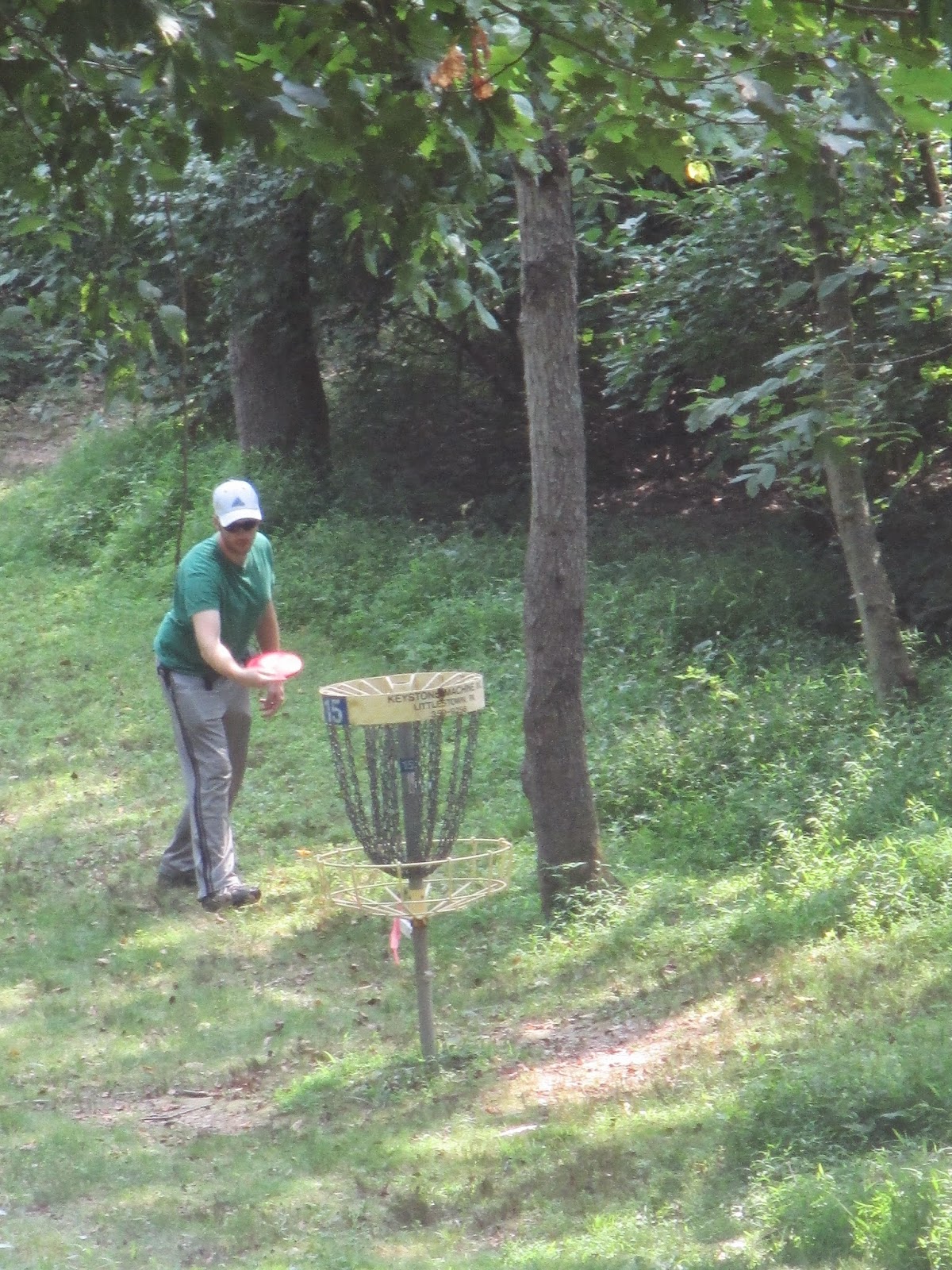 
On the way home, we were trying to figure out what to do that night. We didn't want to spend money, but we wanted to do something fun. Turns out, most things that are fun cost money! I like to make up games to play- especially in the car- so I told Paul the game was we had to go back and forth and think of something to do that night for every letter of the alphabet, and we would alternate. It didn't matter if we said something we couldn't do or didn't want to do, it was just to brainstorm ideas. Our game went something like this:

You get the idea! Well, when we got home, we searched for carnivals online and I found a carnival in Hummelstown (15 mintues away) and there was a FUNK BAND playing.

Readers, I don't know if I ever told you this, but I like funk music! 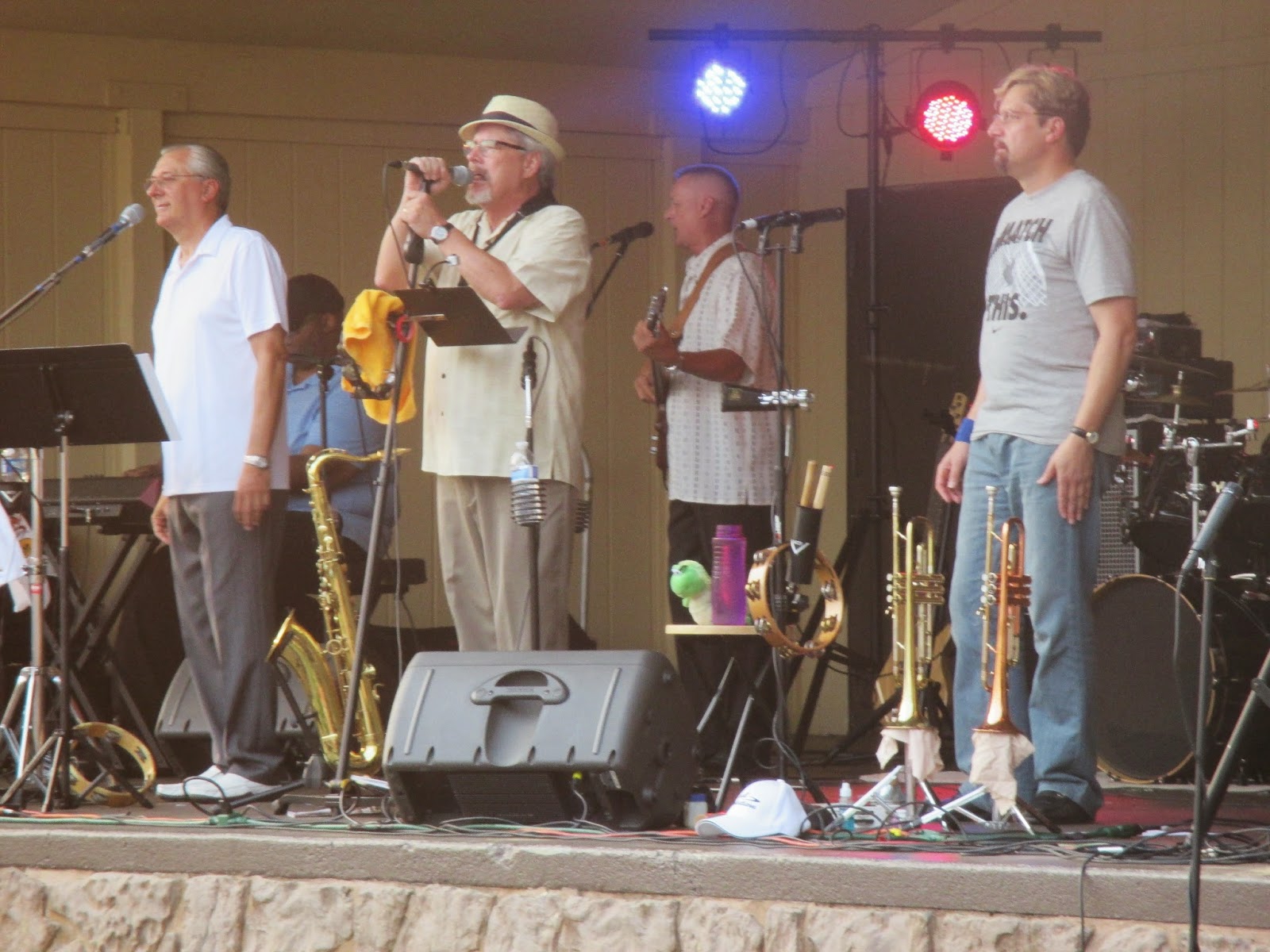 Soul Solution! They were EXCELLENT musicians. 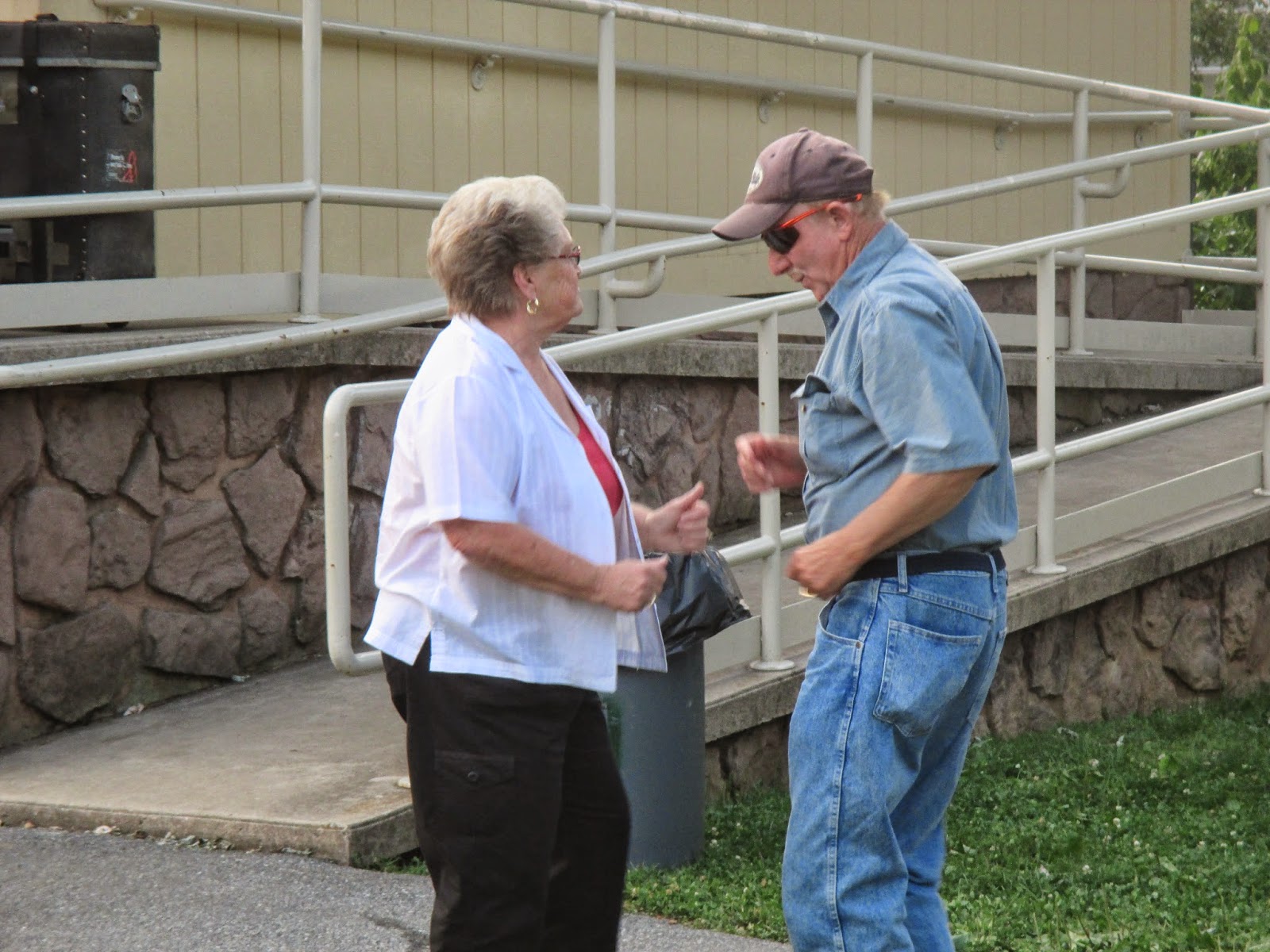 Look at this cute couple dancing! 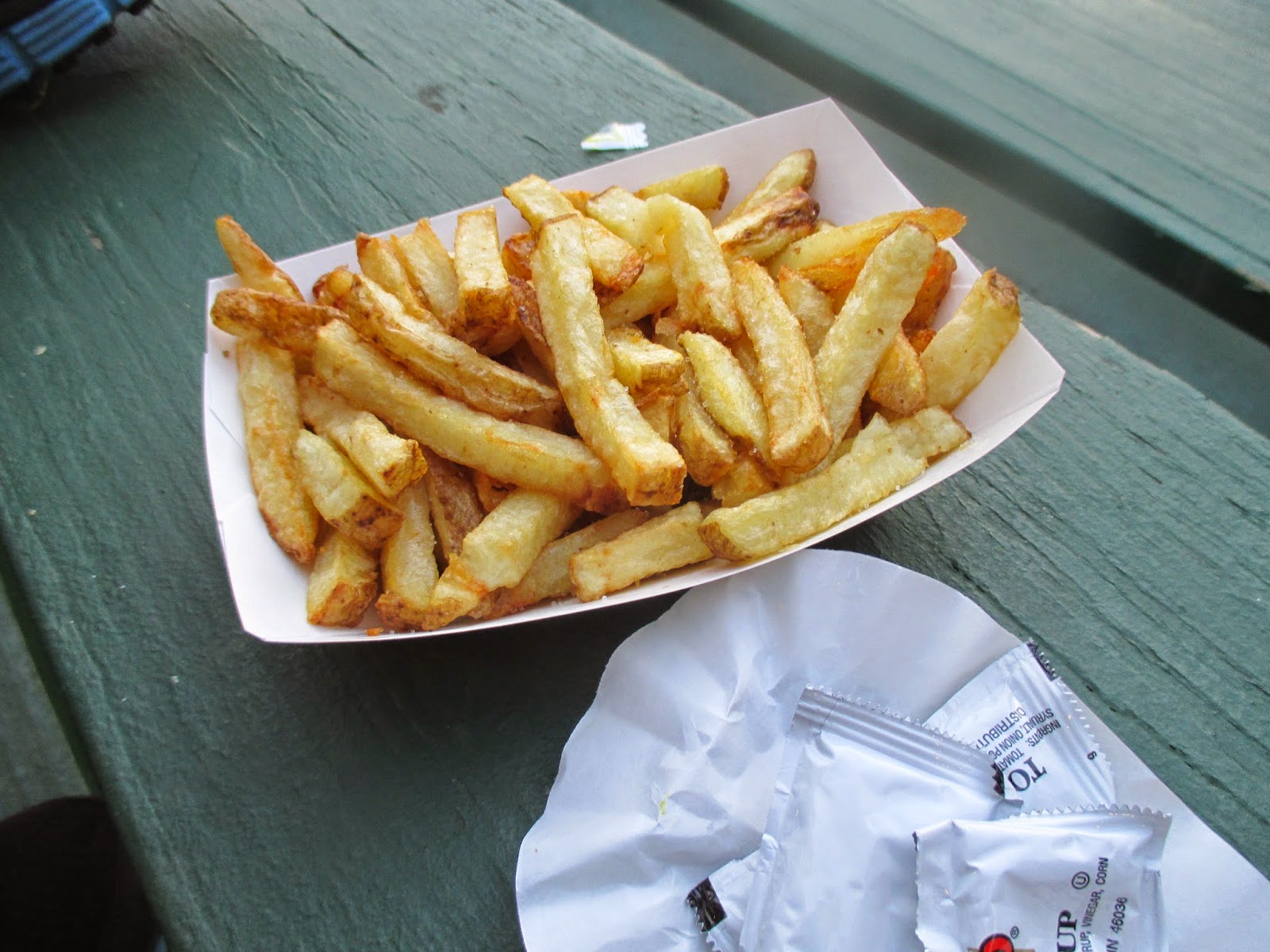 We shared these yummy fries.
Not pictured: The hot sausage we shared and immediately devoured! 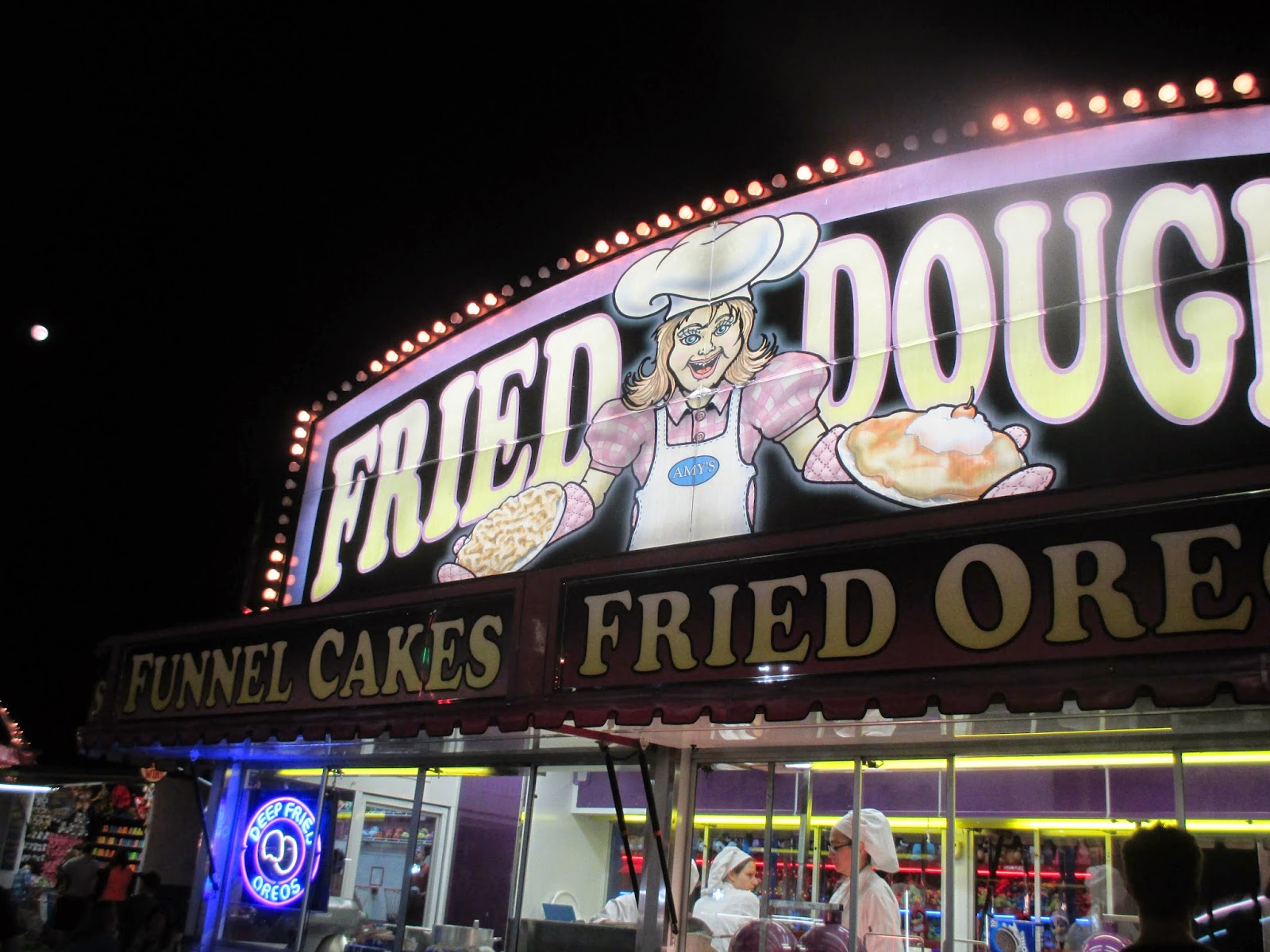 Funnel cake was dessert!
I love when I really crave funnel cake and then I EAT IT!

Paul said something really funny as we sat down to eat our funnel cake. He goes, "I can't believe we eat stuff like this. I mean, like, humans EAT this." I laughed so hard. I can't remember the last time I had funnel cake. No, there is nothing beneficial about it for the body except that it is YUMMY. But it is fun to be able to eat and enjoy junk once in awhile.

One of the best things about carnivals is people watching. We were in Hummelstown, which is right next to Hershey (ritzy) so I didn't think the people watching would be that great. But it was. The thing is, it doesn't matter where you go. There are whackos everywhere.

Saturday was our anniversary. Six years, baby! The day started off with an impromptu, unofficial 5k! 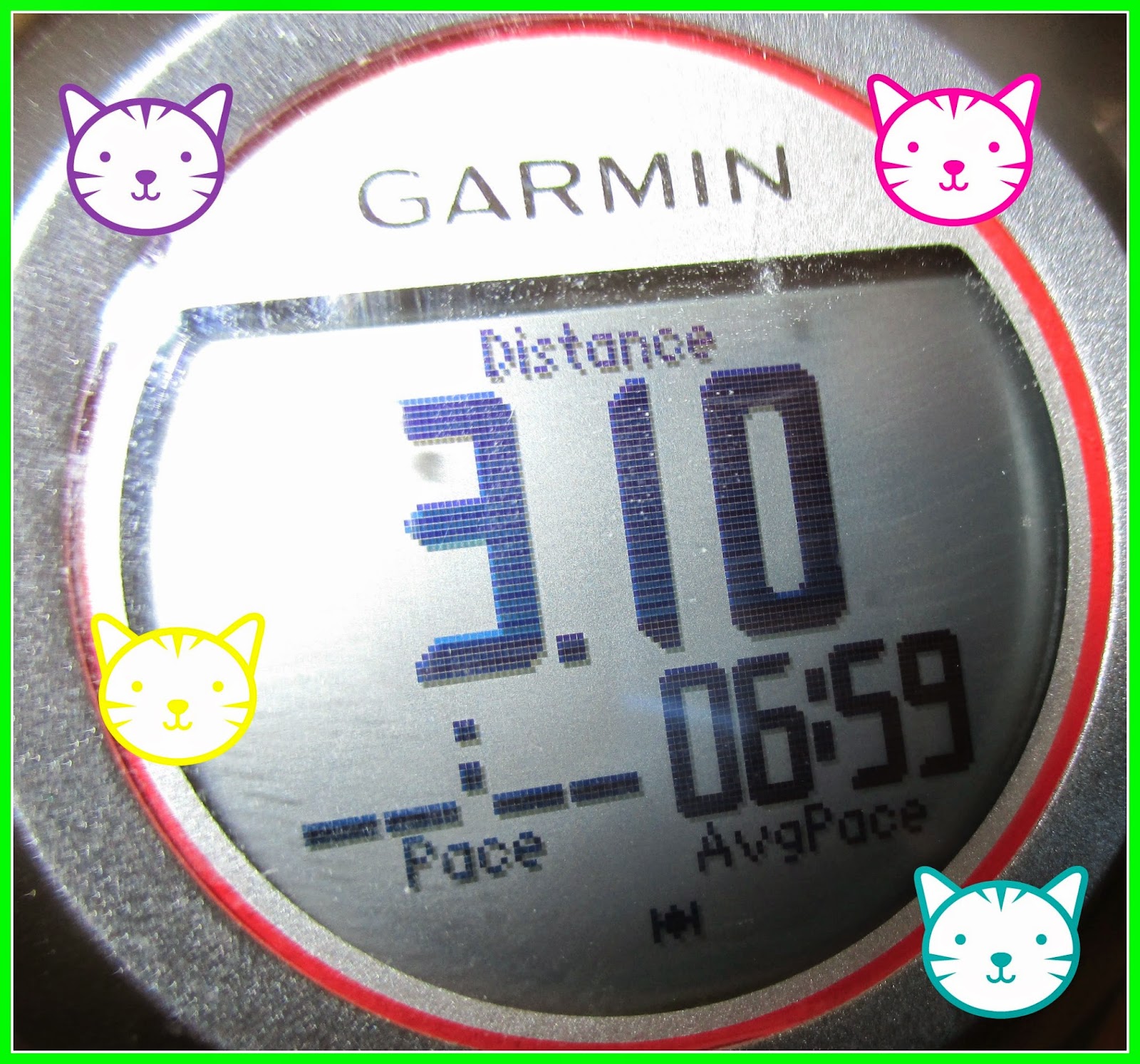 I'm trying to get my mojo back. My last mile was at a 6:41 pace and I felt like I was going to barf and shit my pants at the same time. I walked for a few minutes and then jogged the rest of the 1.9 miles to make it an even five. When I got home, I did chest/triceps/shoulders/abs resistance training. I actually now have everything I need to work those body parts at home! It is great, because then I can watch TV while I do it.

That afternoon, we drove up to my hometown of Millersburg to hang out with my family and watch a couple bike races that were part of the Tour de Millersburg. I didn't know anyone in the race but it was still fun to watch. They rode SO FAST. 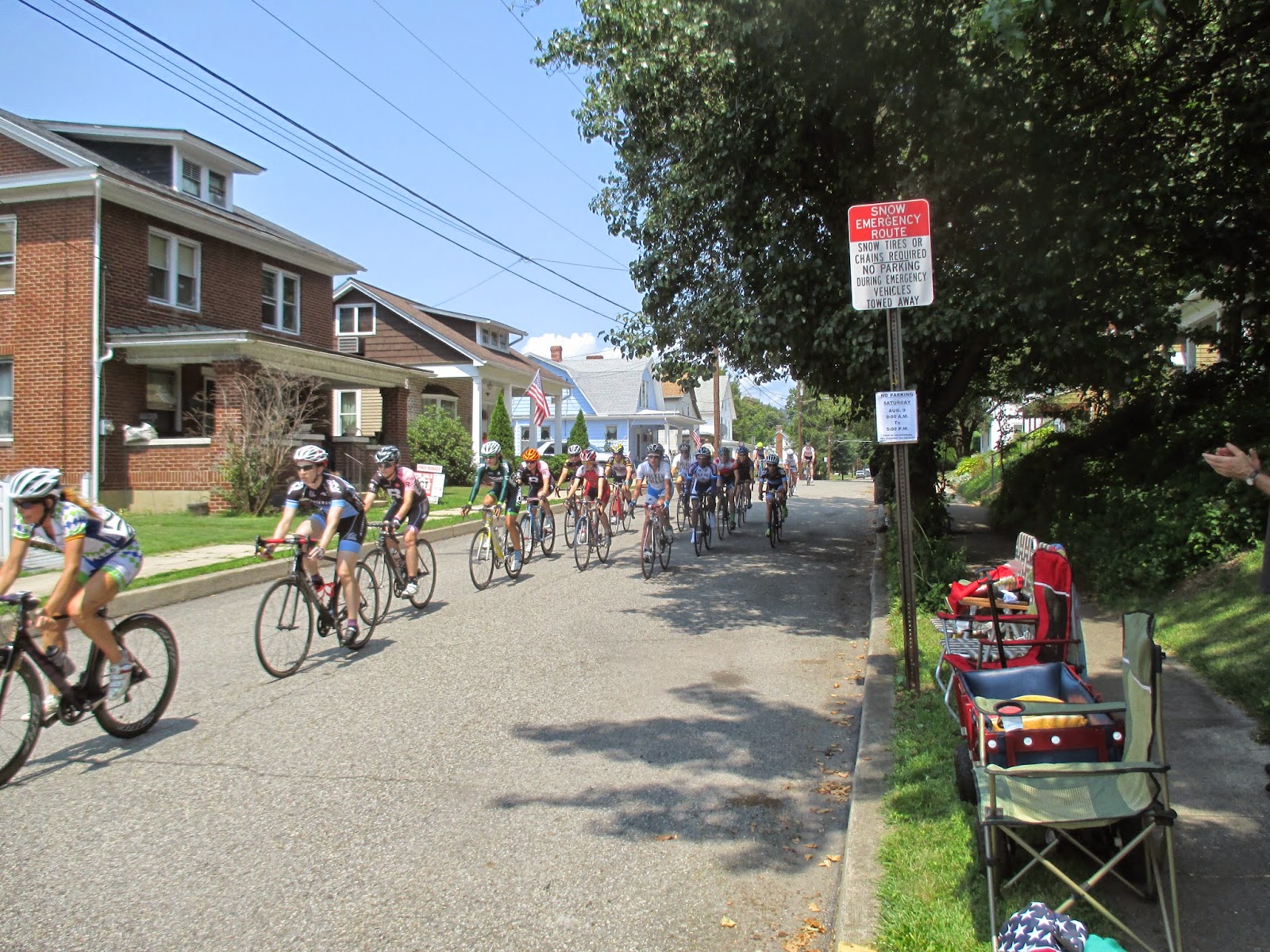 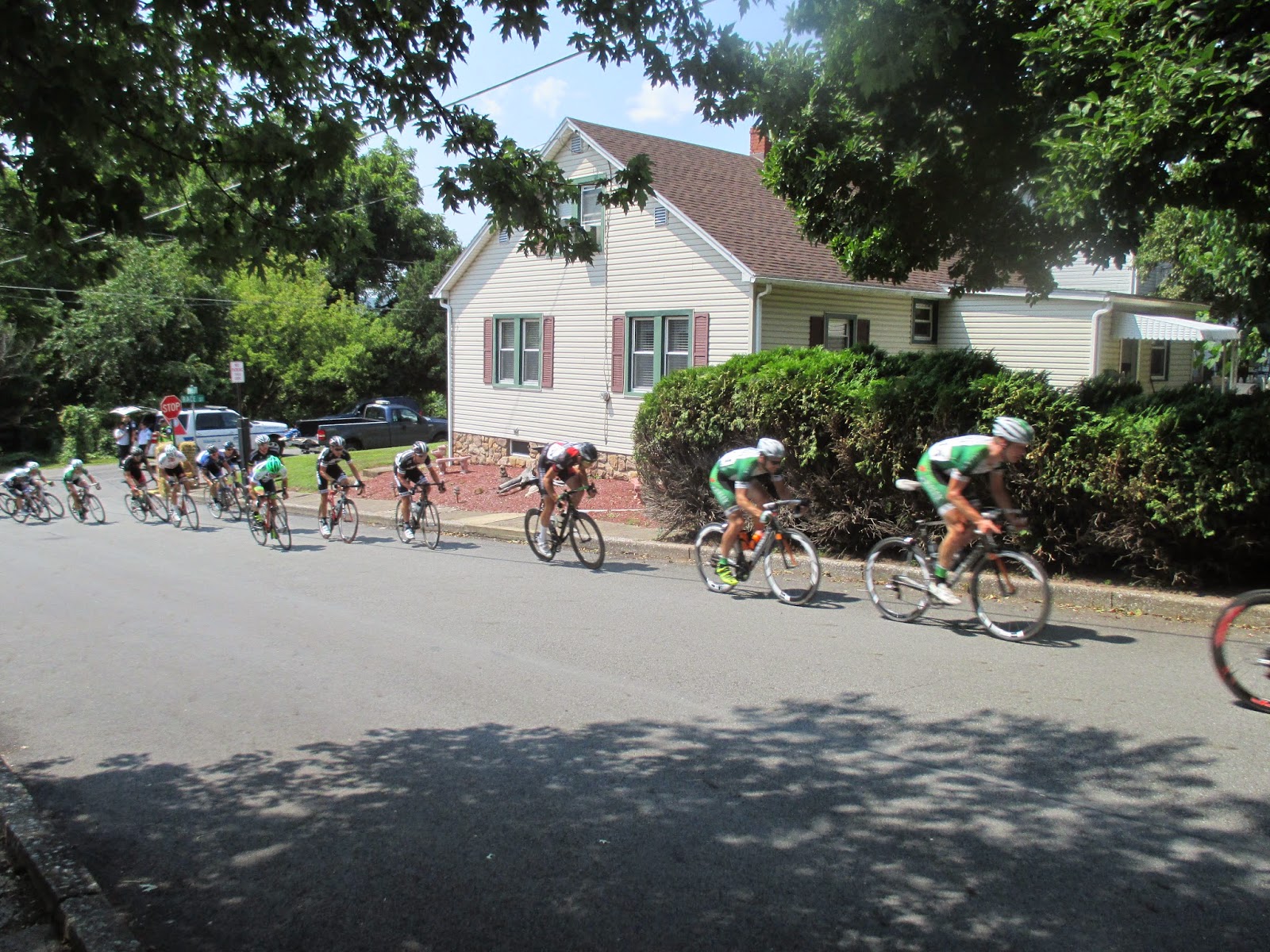 And the elite men!

My mom took a couple anniversary pics of Paul and I while we had the chance. Some are serious but most are silly... 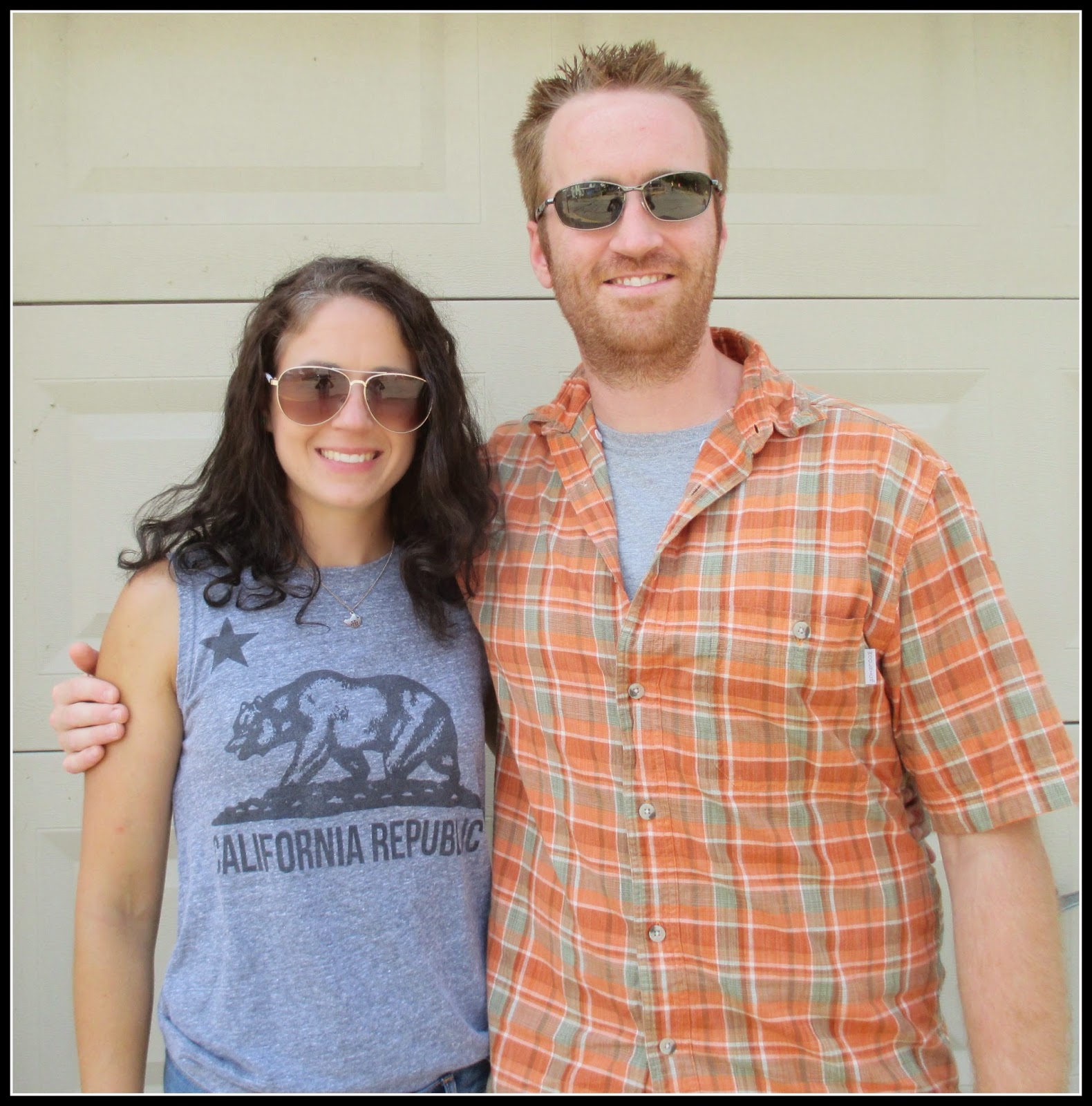 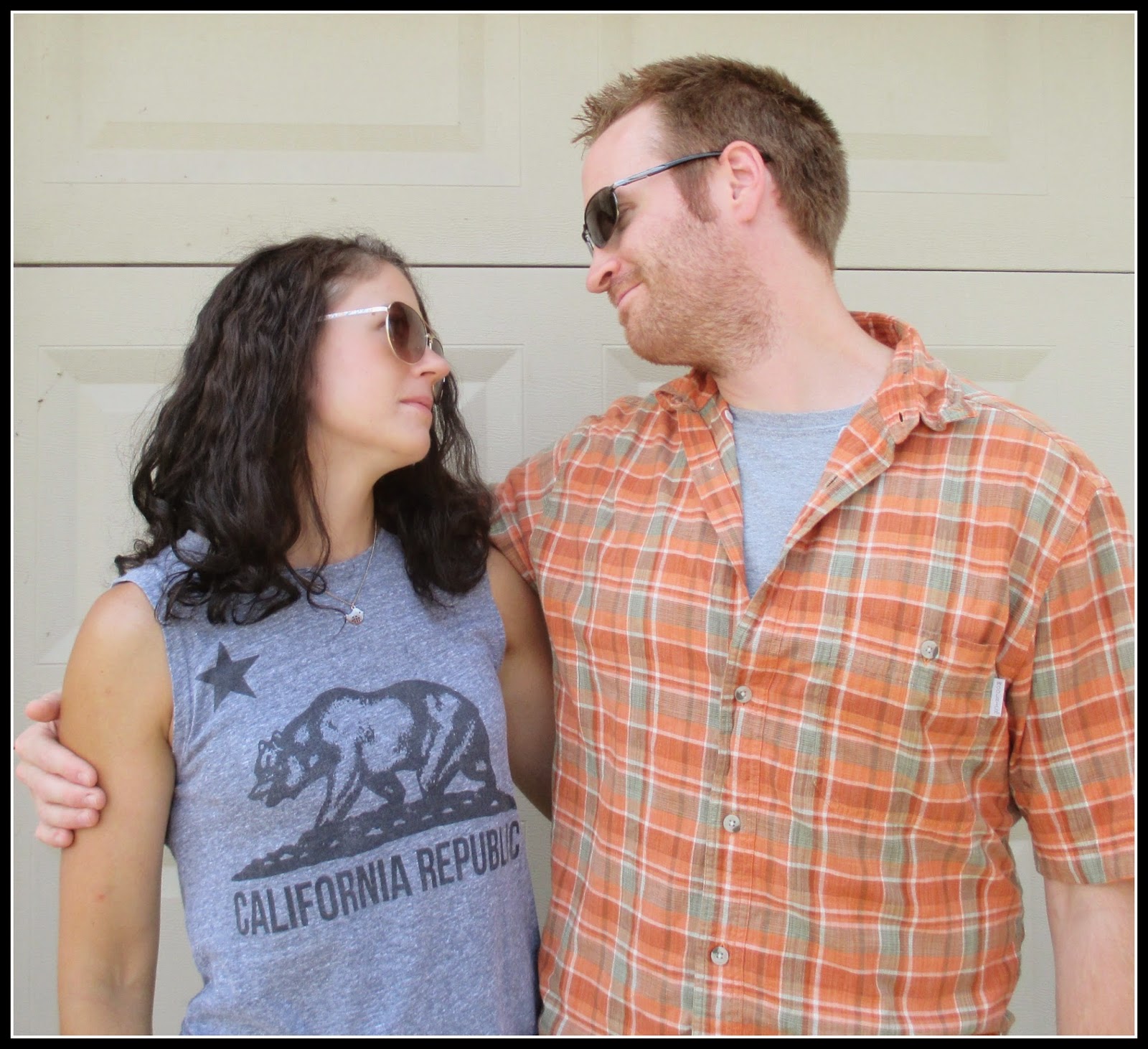 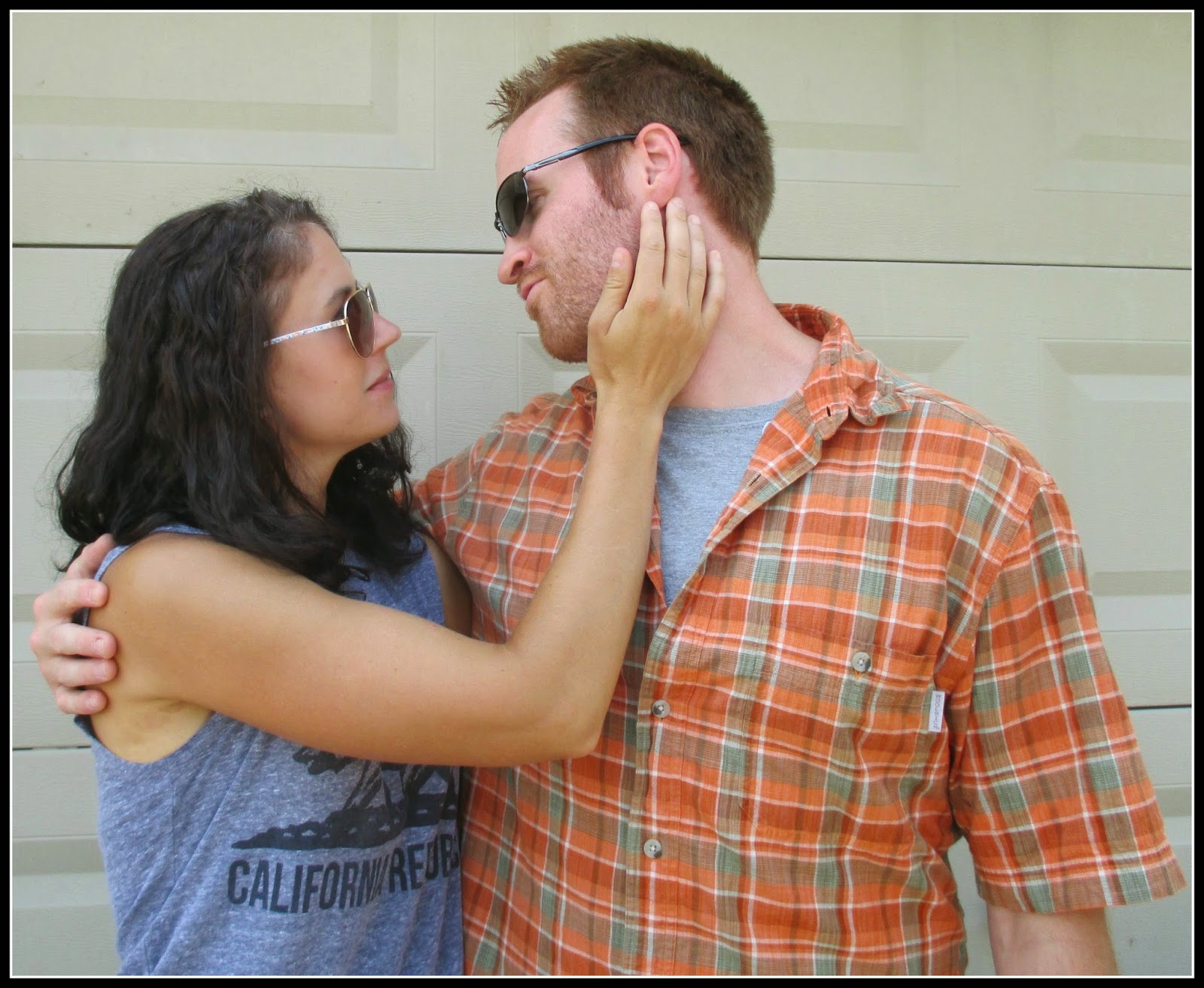 Later that night, we got all dolled up and went out to eat at TJ Rockwell's. They have a really nice deck and their food is yummy. 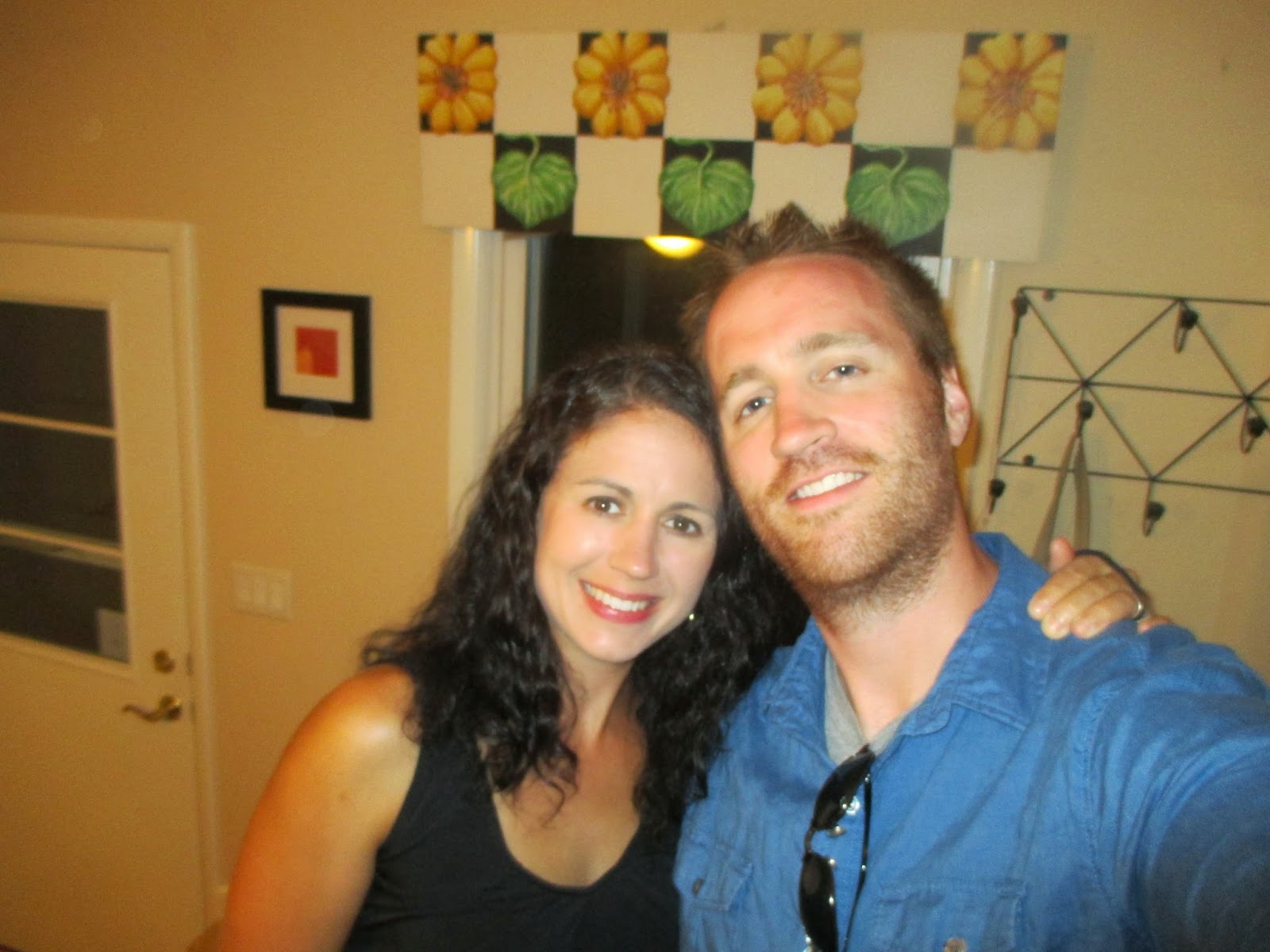 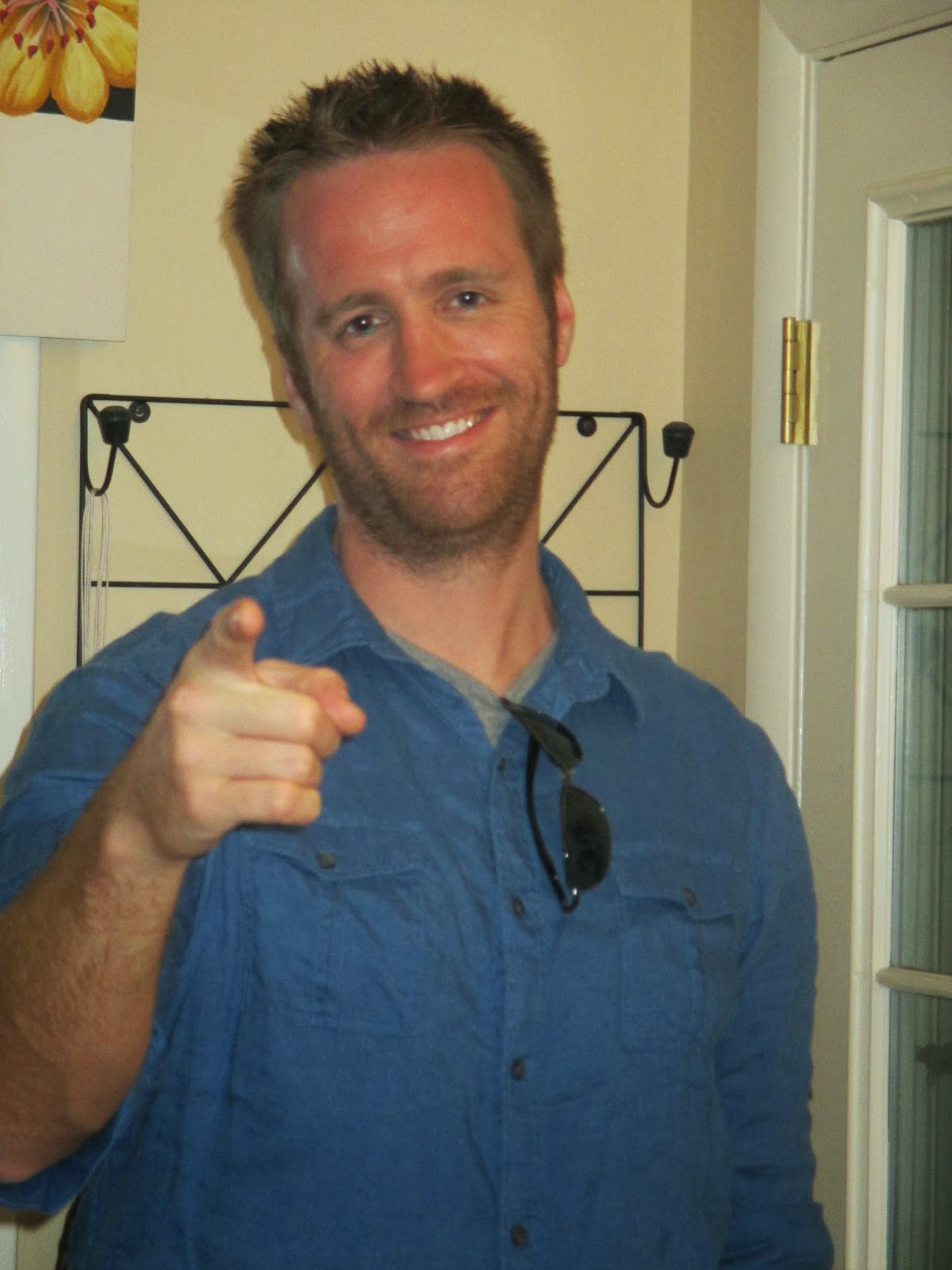 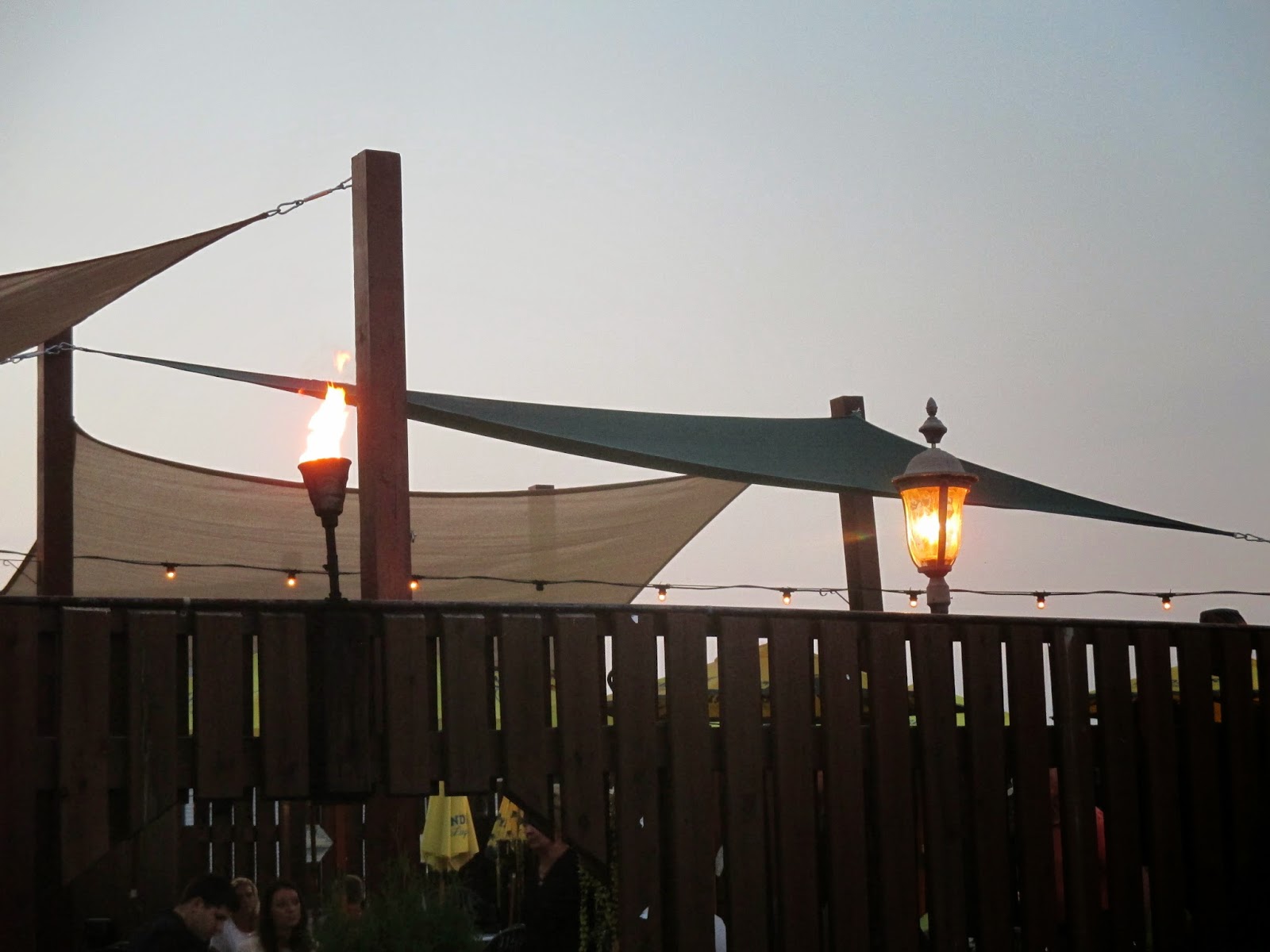 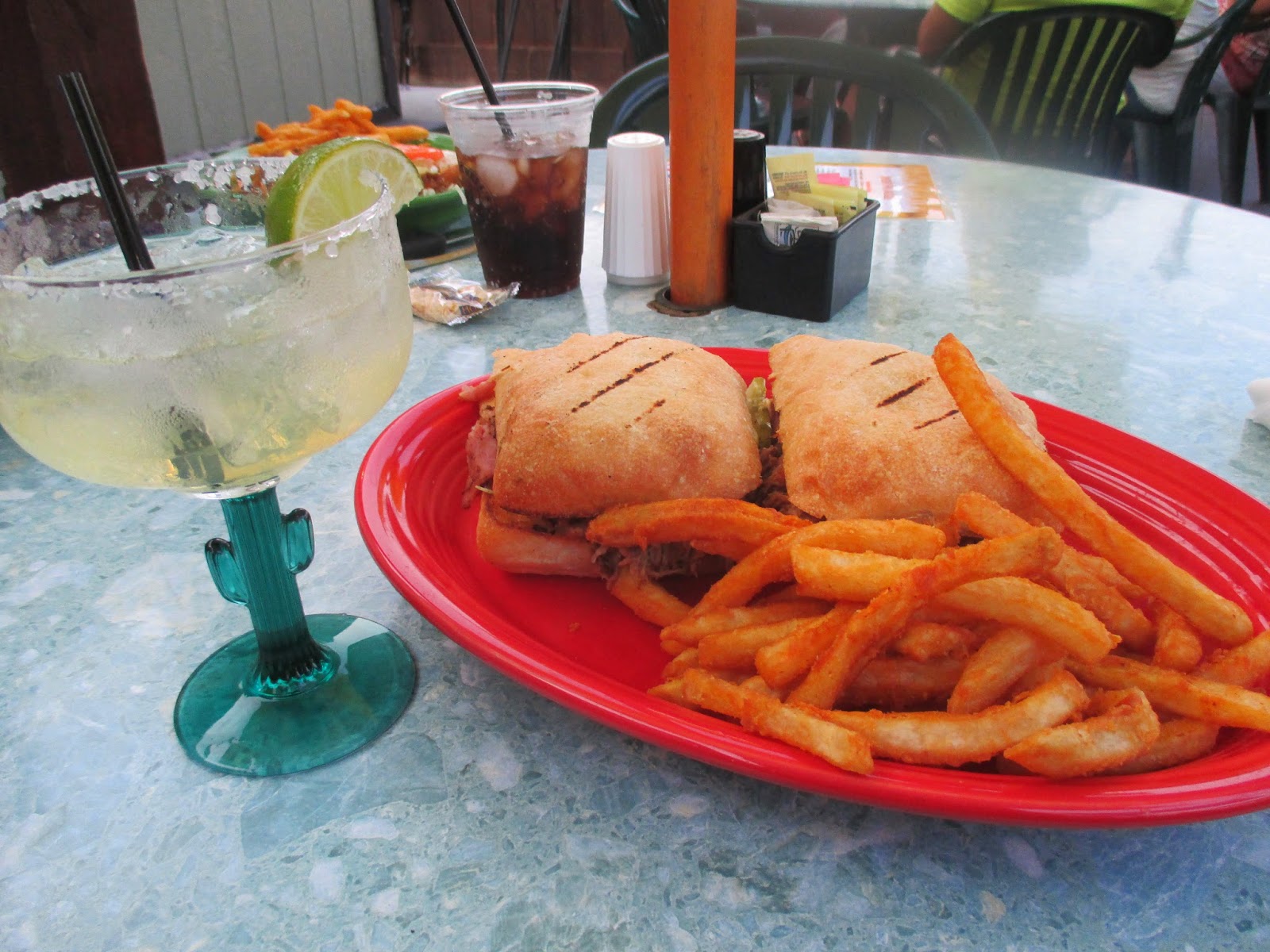 On Sunday, we did exactly what we normally do on days we don't know what to do... disc golf/running date! We went to Willow Mill Park. I ran some hills while Paul practiced his putting.

Then we went to Lowe's to grab some paint cards to use for classroom assessments. All I need are some clothespins. Then each student can move their clothespin to the right answer and hold it up so I can do quick checks of their learning! Thanks to my friend Sara for the photo and idea! 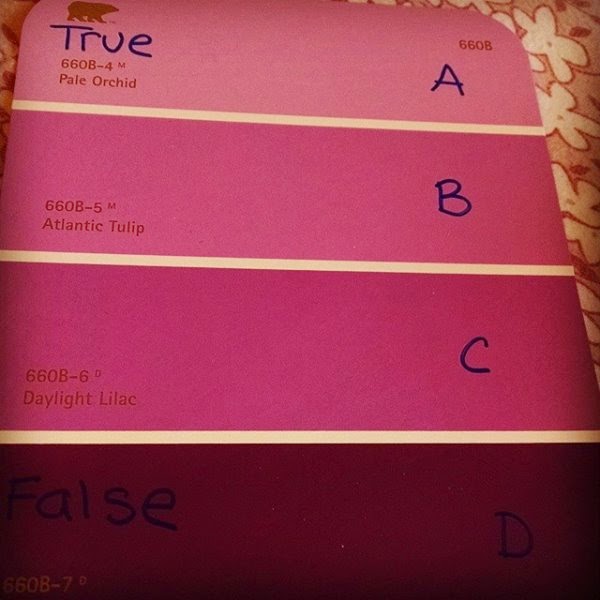 The colors have fun names, as you can see. I can already hear the kids reacting to the funny names.
There is one card with a color called "bran muffin". I can just HEAR them screaming "BRAN MUFFIN!!!???" with glee!

That night, we went to see my friend Randy and his improv group perform! They are hilarious. If you live in the Harrisburg Area, check out the Oxymorons!

Do you like funnel cake?
What about FUNK music?
Do anything fun this weekend?
Posted by Meg Go Run at 6:30 AM