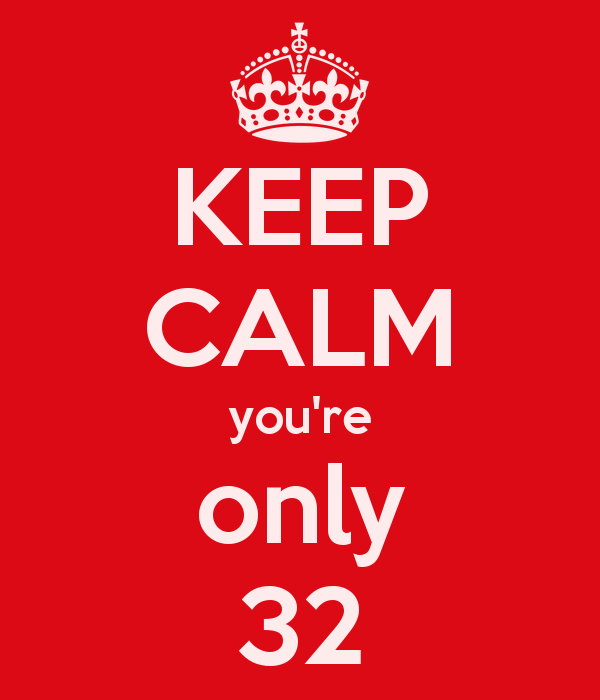 Now that I'm in my 30s, birthdays aren't that exciting. That's okay, I had a lot of awesome birthdays! 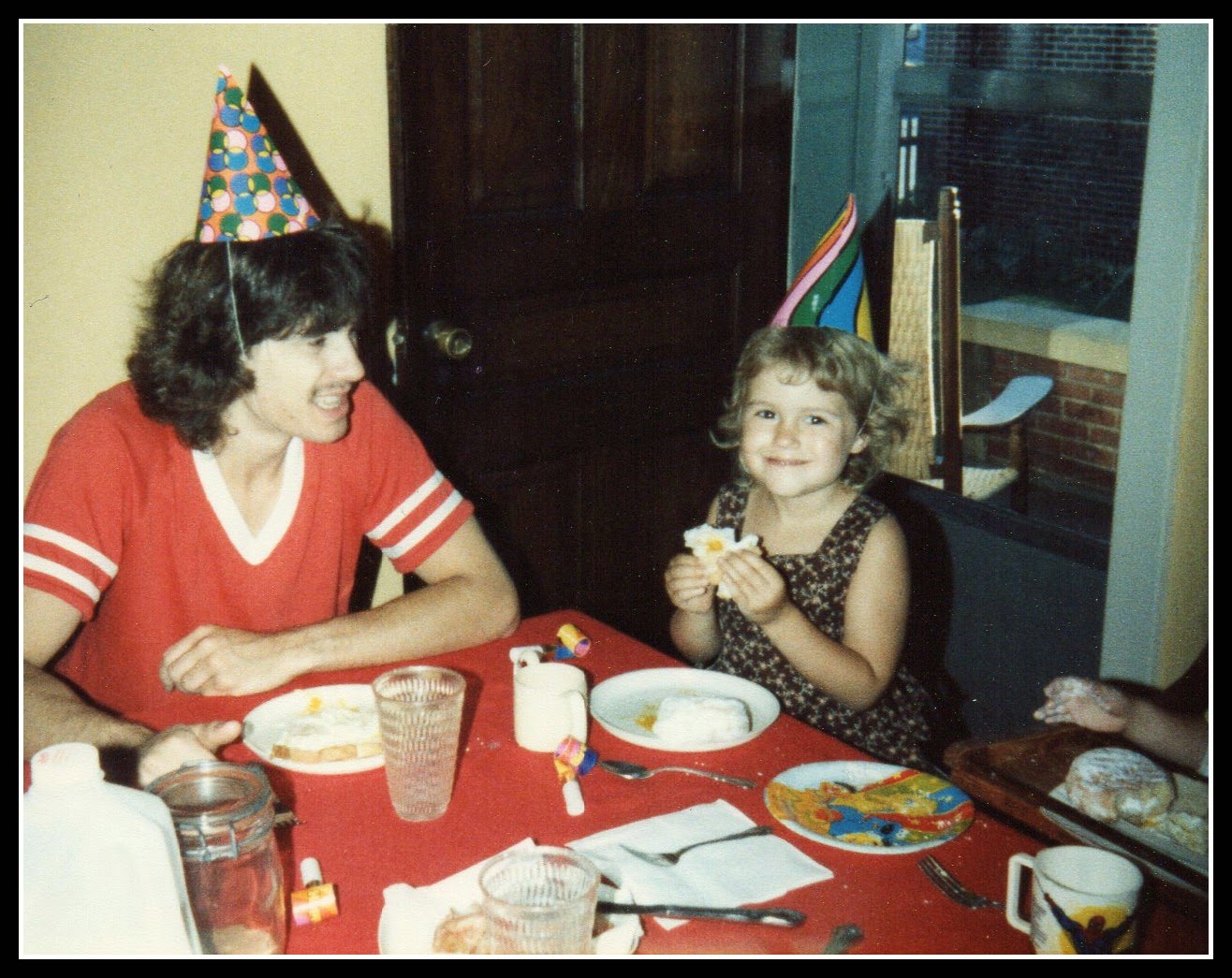 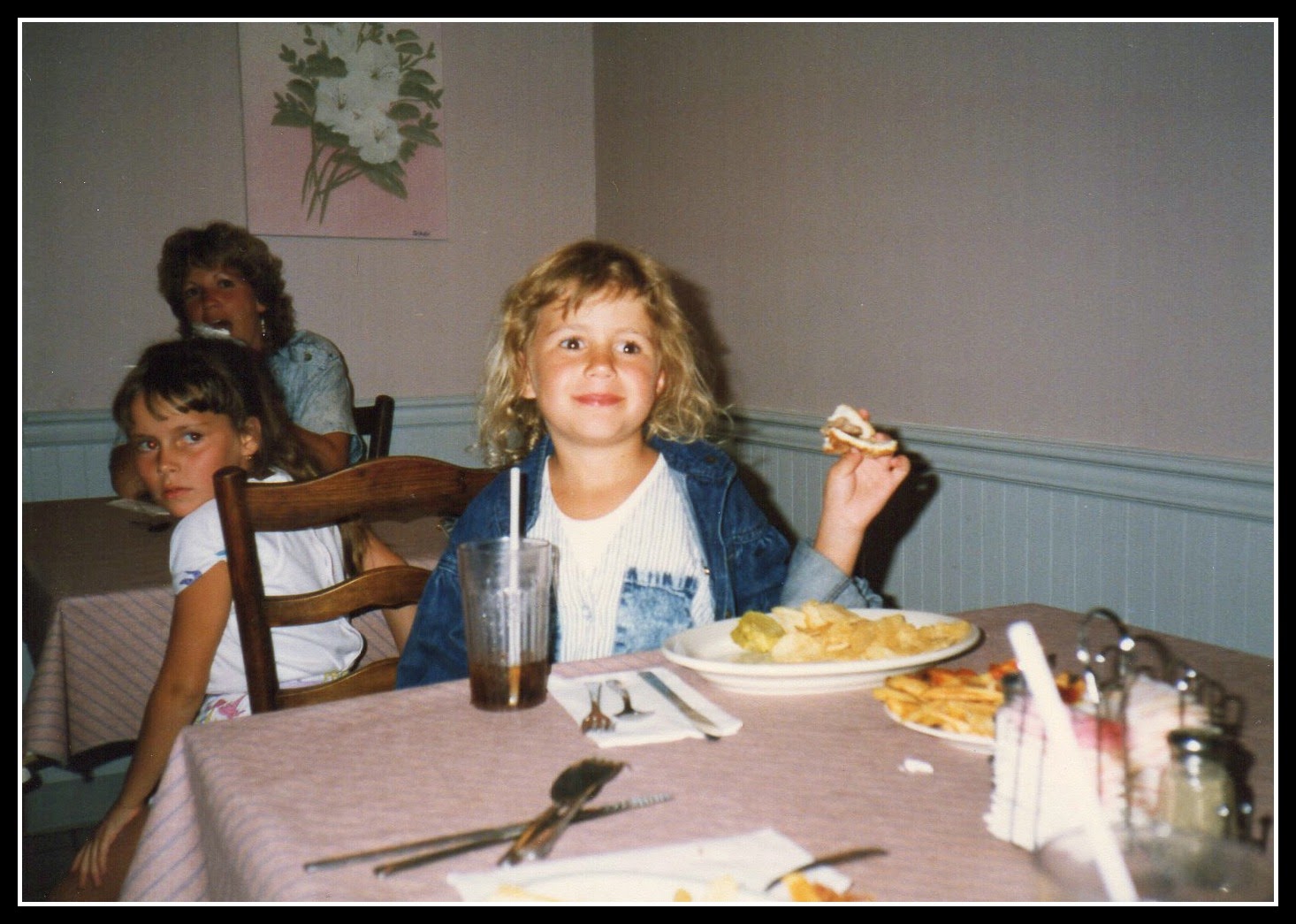 1988 - 6th Birthday
I don't know who that girl is but she clearly hated me.
She was probably jealous of my stylish pairing of a denim dress and a denim jacket. 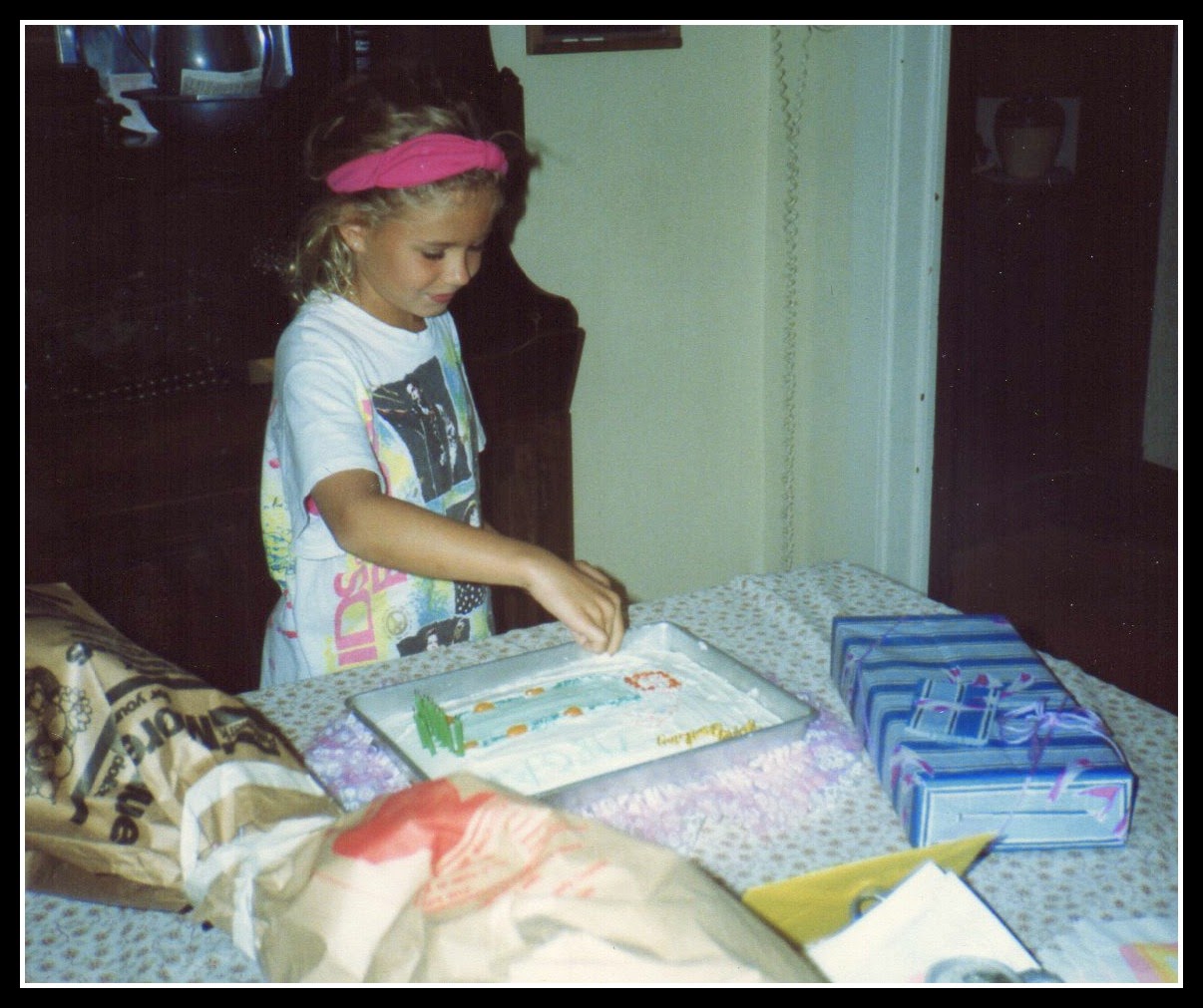 1990 - 8th Birthday
I remember that awesome New Kids on the Block t-shirt! 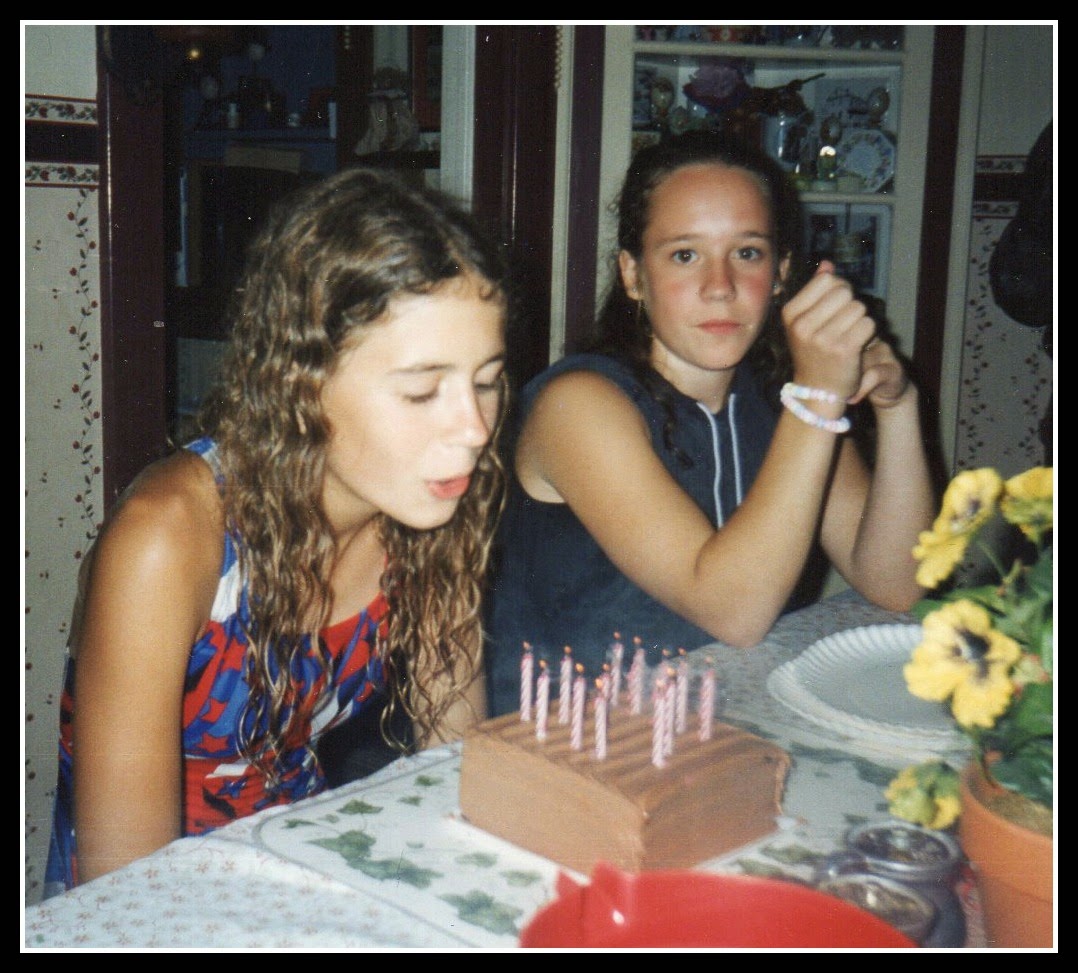 1995 - 13th Birthday
That's Sherrie, my best friend growing up.
We dressed like twins and people accused us of being lesbians.
I didn't even know what a lesbian was, I just wanted to
dress like my friend and have a secret handshake! 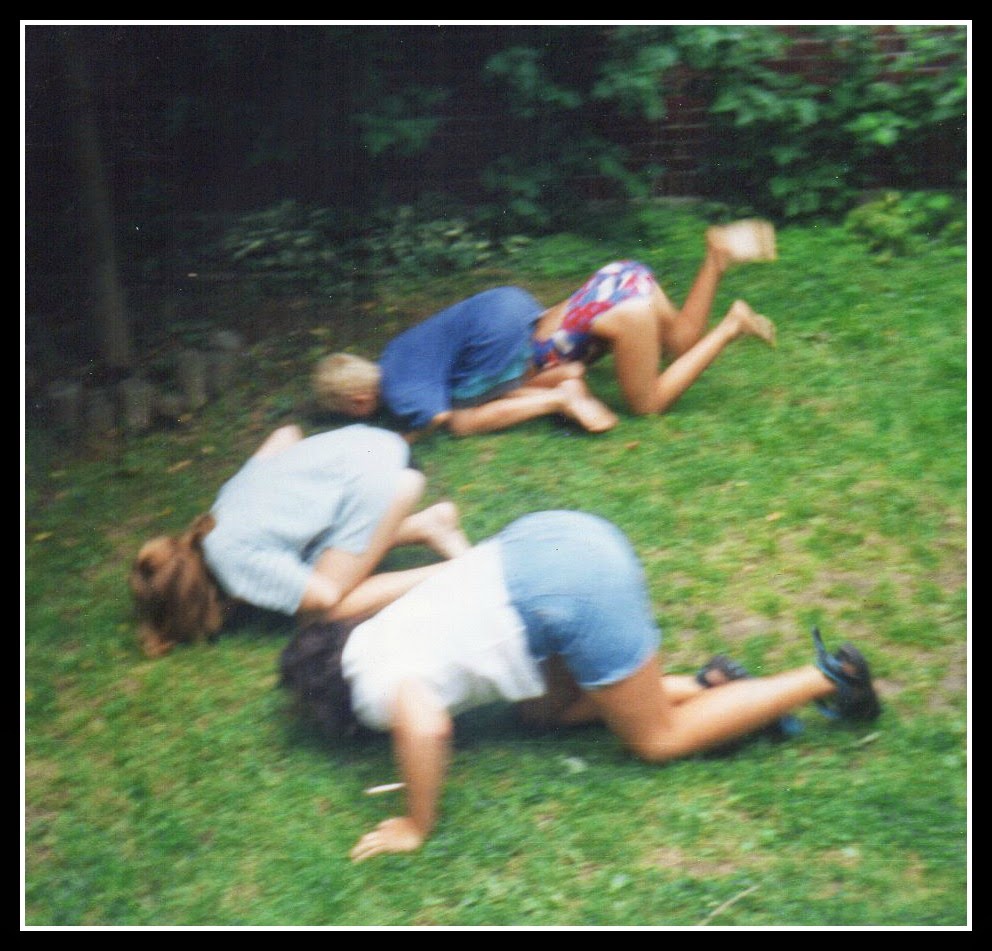 Again, my 13th Birthday, but I think this picture needs some explaining.
First of all, we were doing a "hands free" candy scramble.
Second, it looks like my head it up my brother's ass but it is just the angle of the camera.
Third, I will not name the friends in this picture as I want to protect their identities... One of them is probably reading this right now and is thanking me for allowing her to remain annonymous! 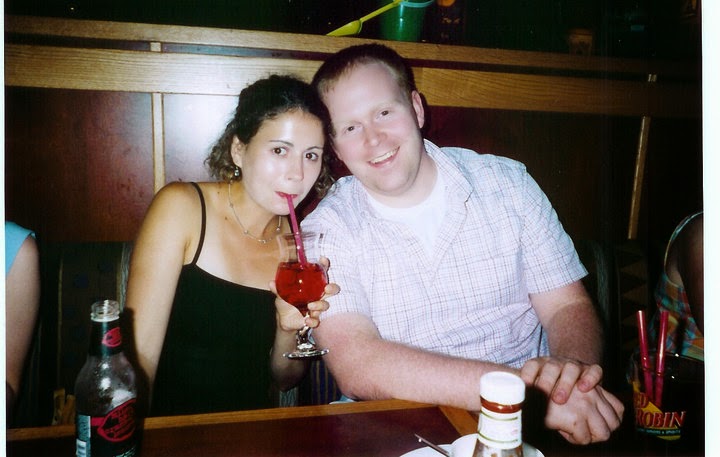 2003 - 21st Birthday
That right there was my very first alcoholic drink.
They tell me it was called a Purple Hooter.

So, I turn 32 today. Which probably sounds old to anyone ten years younger than me, but sounds young to anyone ten years older than me. The truth is, I like being in my 30s. It's nice to feel a bit established in my life. And I still feel like I am young! Well, until I hang out with people who are actually young! 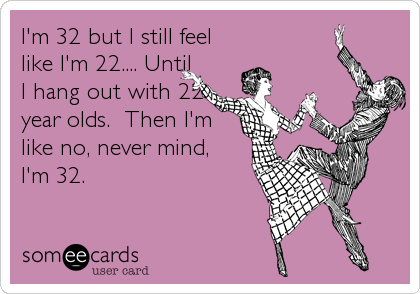