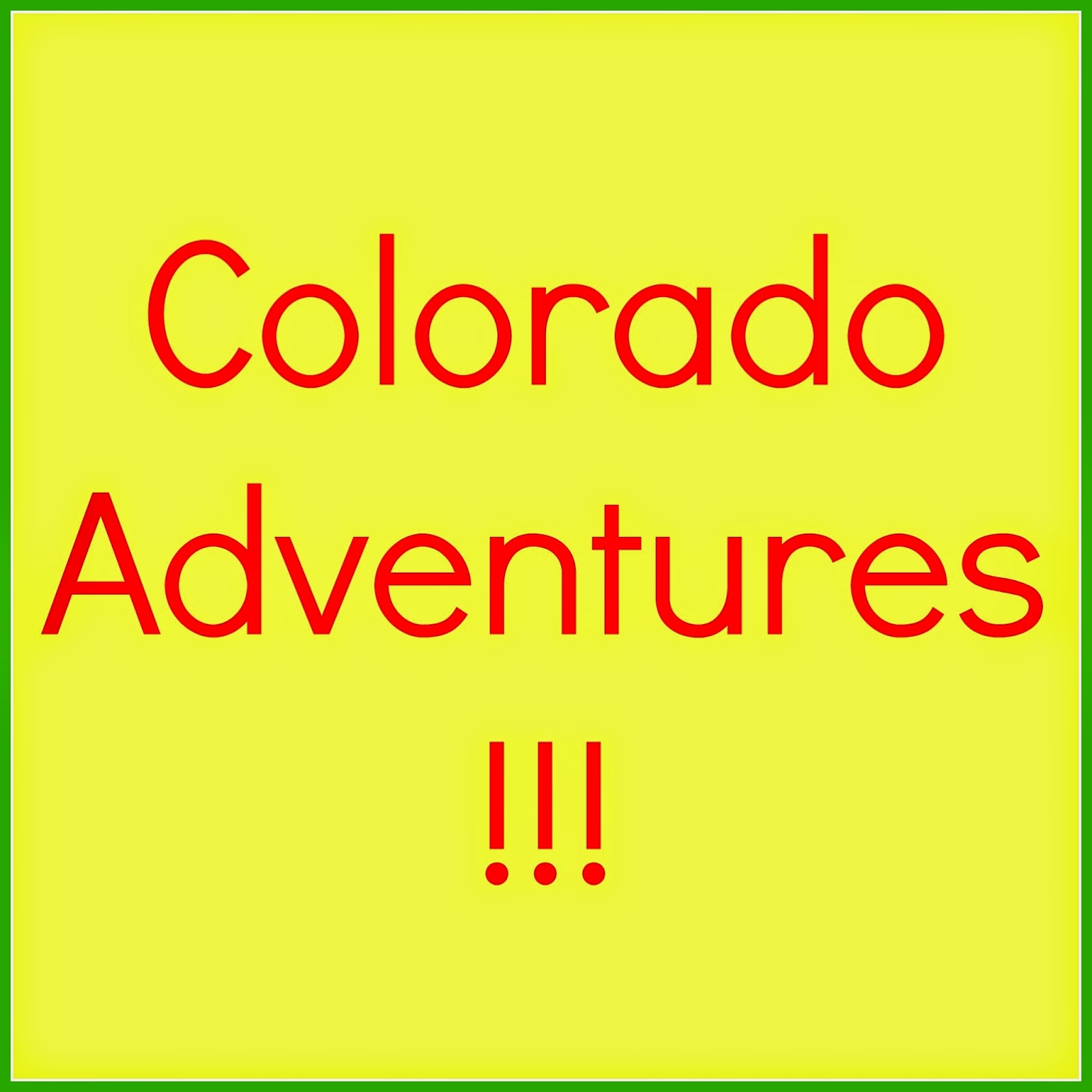 It was really hard for me to sleep past 5:00 am in Colorado. Most mornings I was awake around 4:30, laid in bed for a half hour, and then finally got up. That morning, I loaded up on coffee and went for a flat 4 mile run around a nearby park. It was much easier than my run the day before! I didn't want to do too much because Paul's cousin Jen was picking us up for an early hike.

I had no idea what to expect with the hike. I was picturing Pennsylvania landscape because that's all I know. Silly me. We headed to Matthew Winters Park, and the whole way there, we passed the gorgeous green foothills I desperately wanted to run.

Well, I got my wish! Not only did we get to hike the foothills we got to see the huge red rocks! 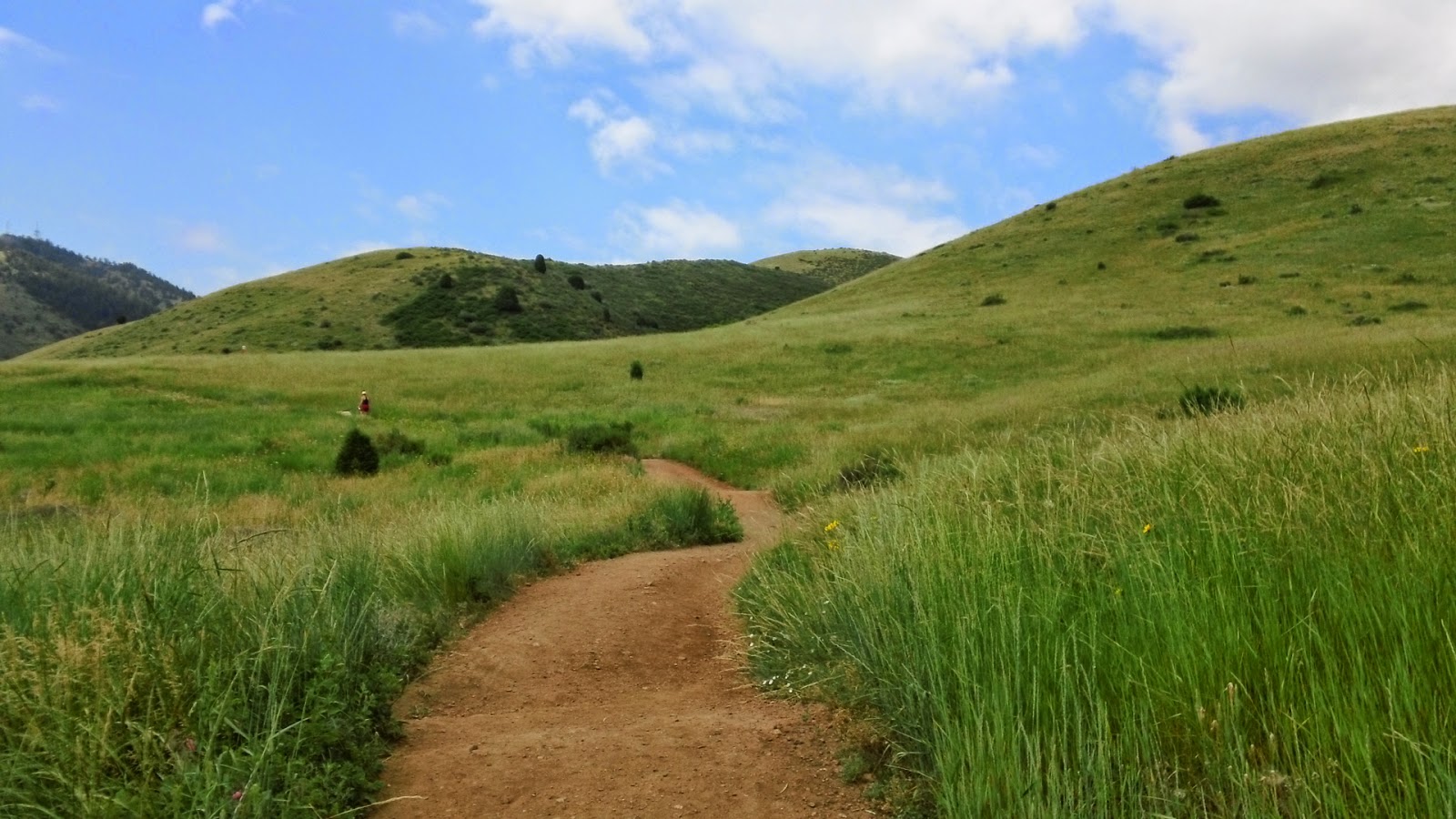 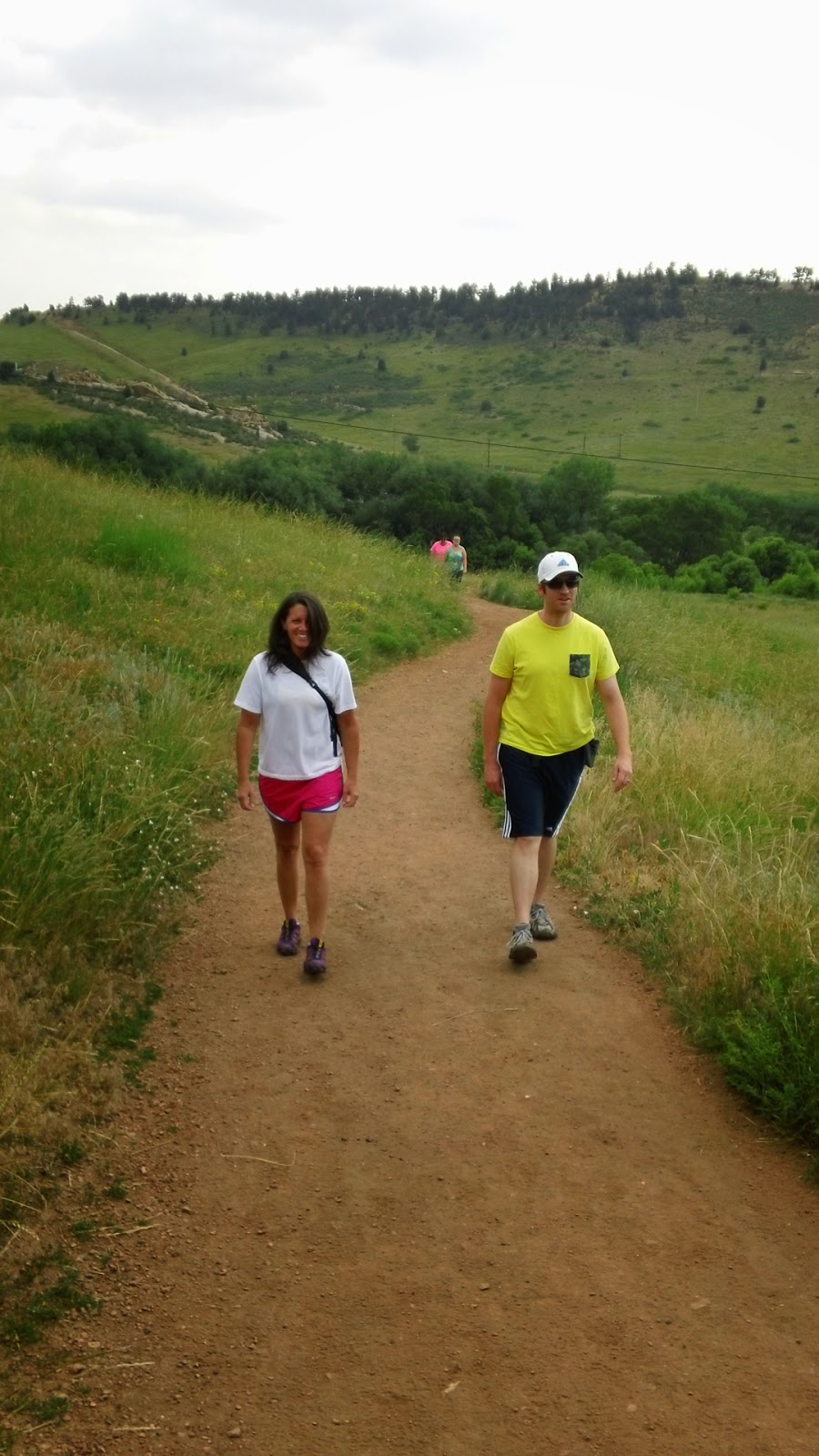 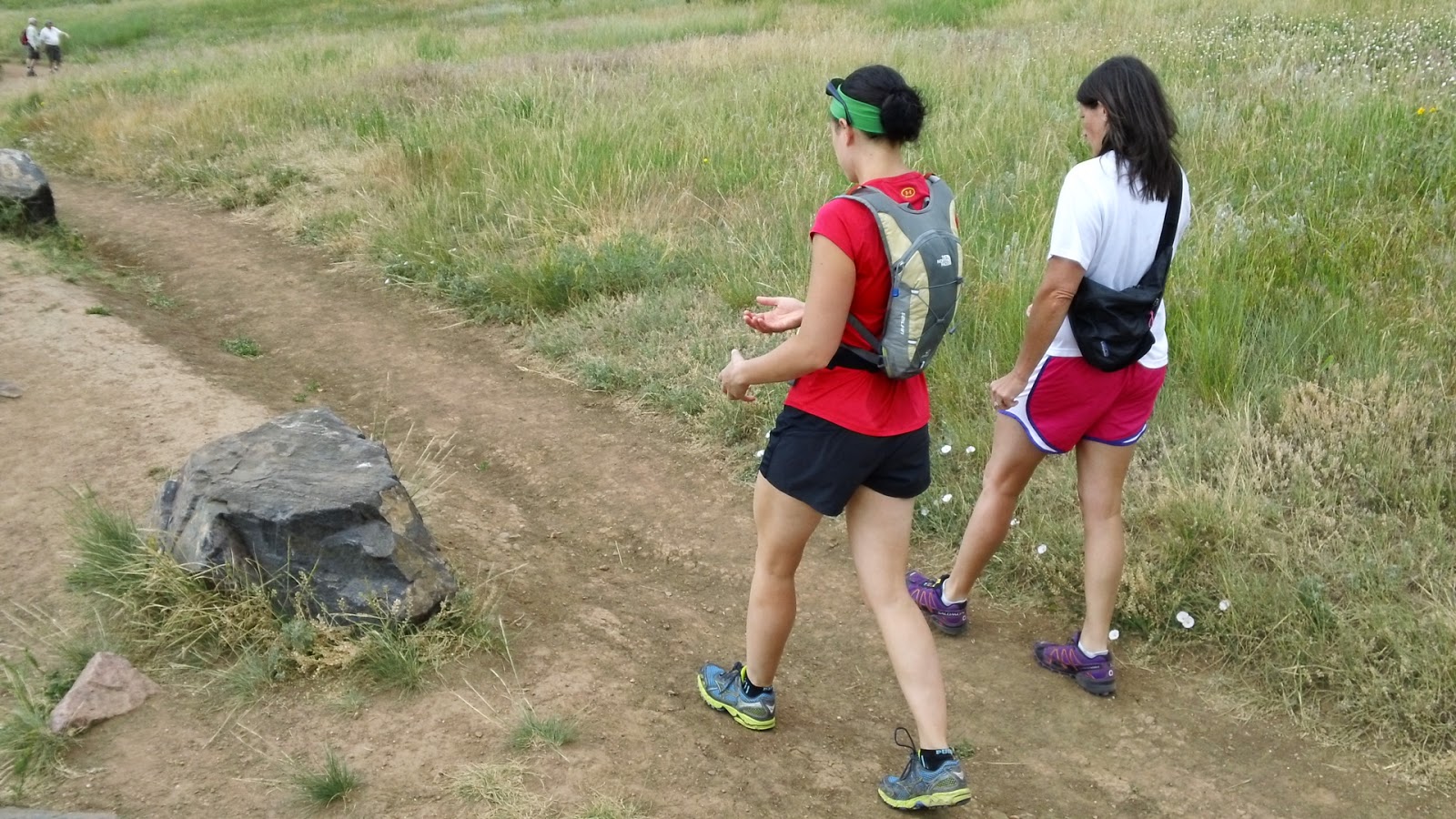 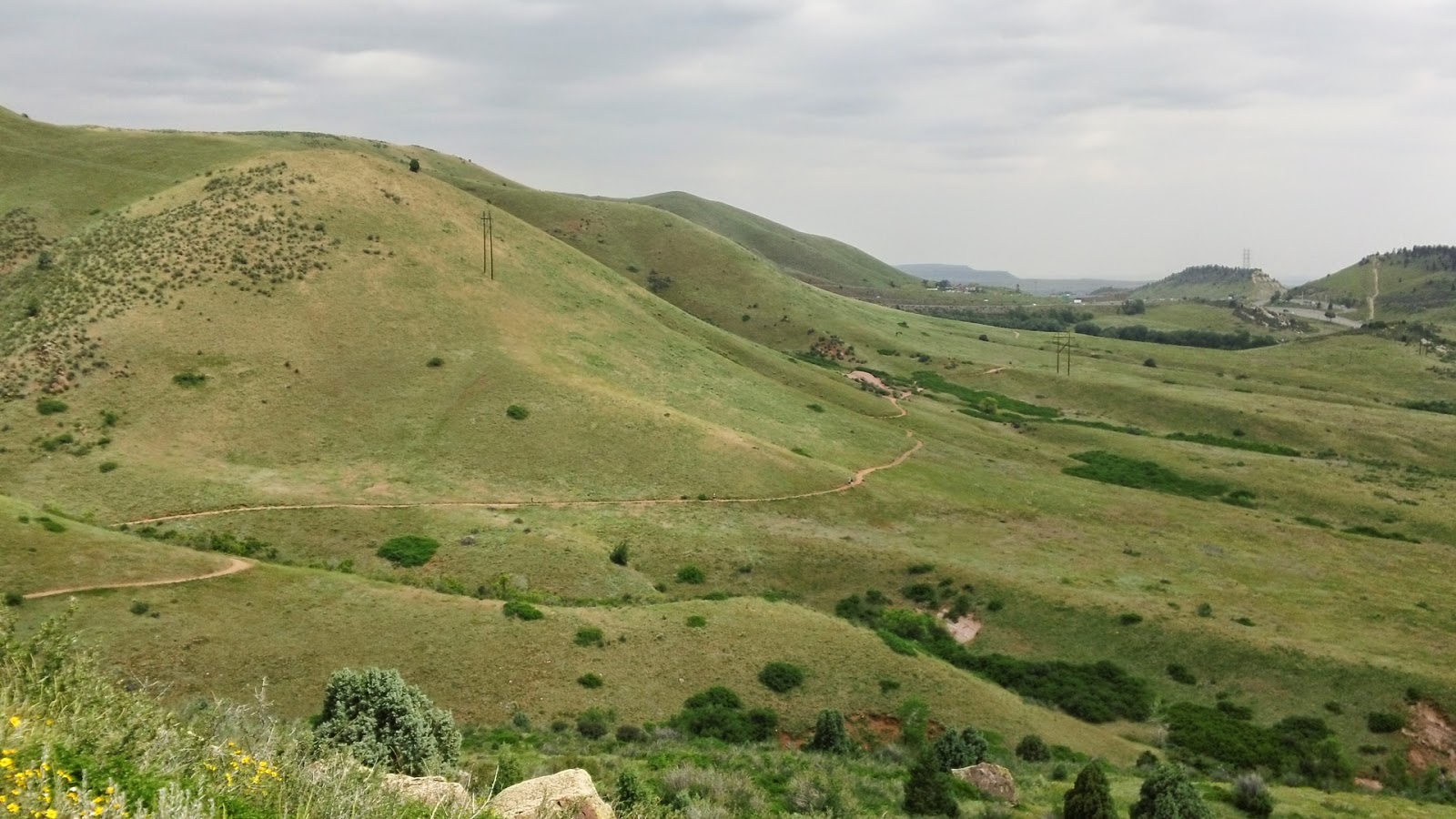 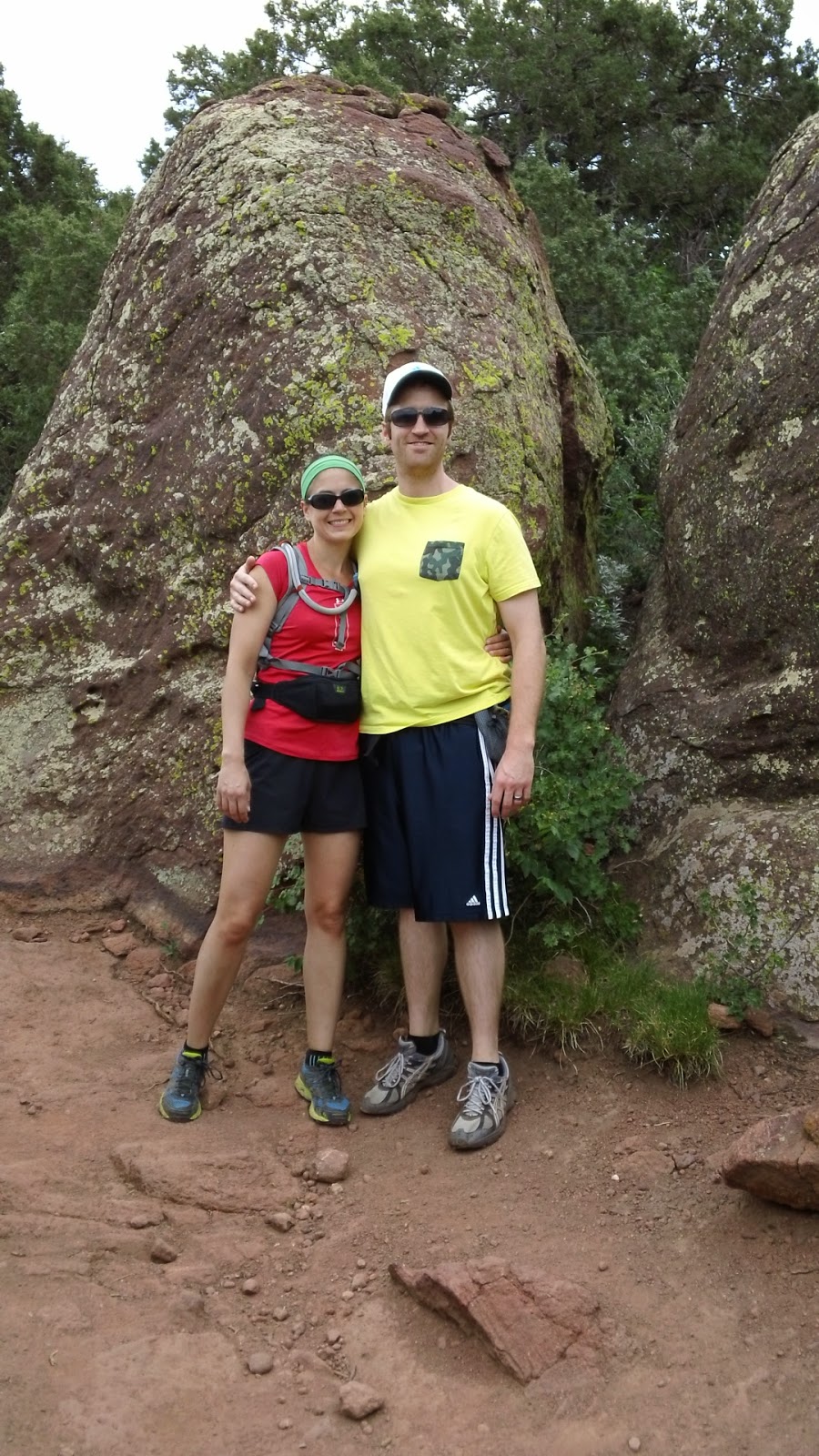 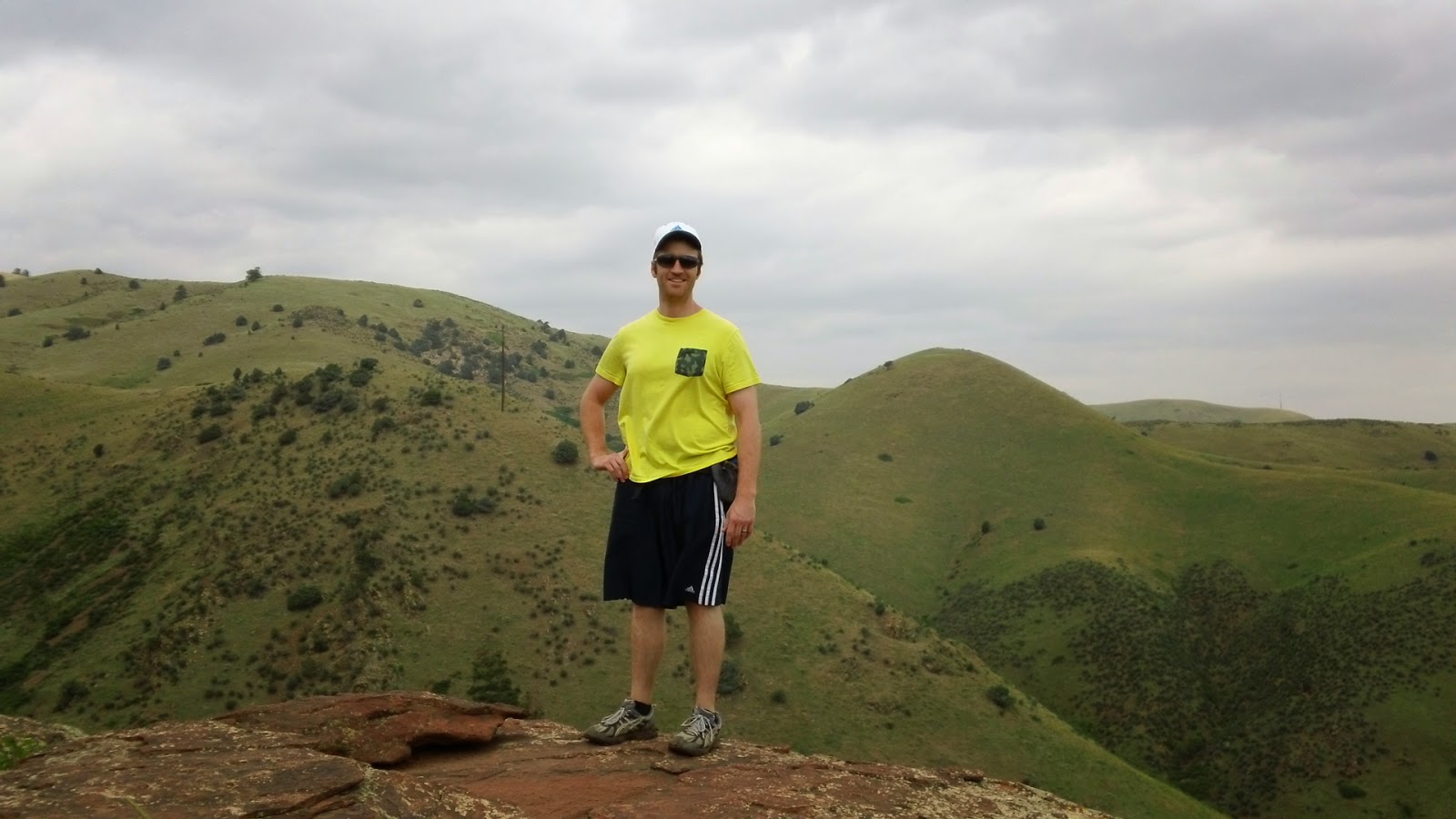 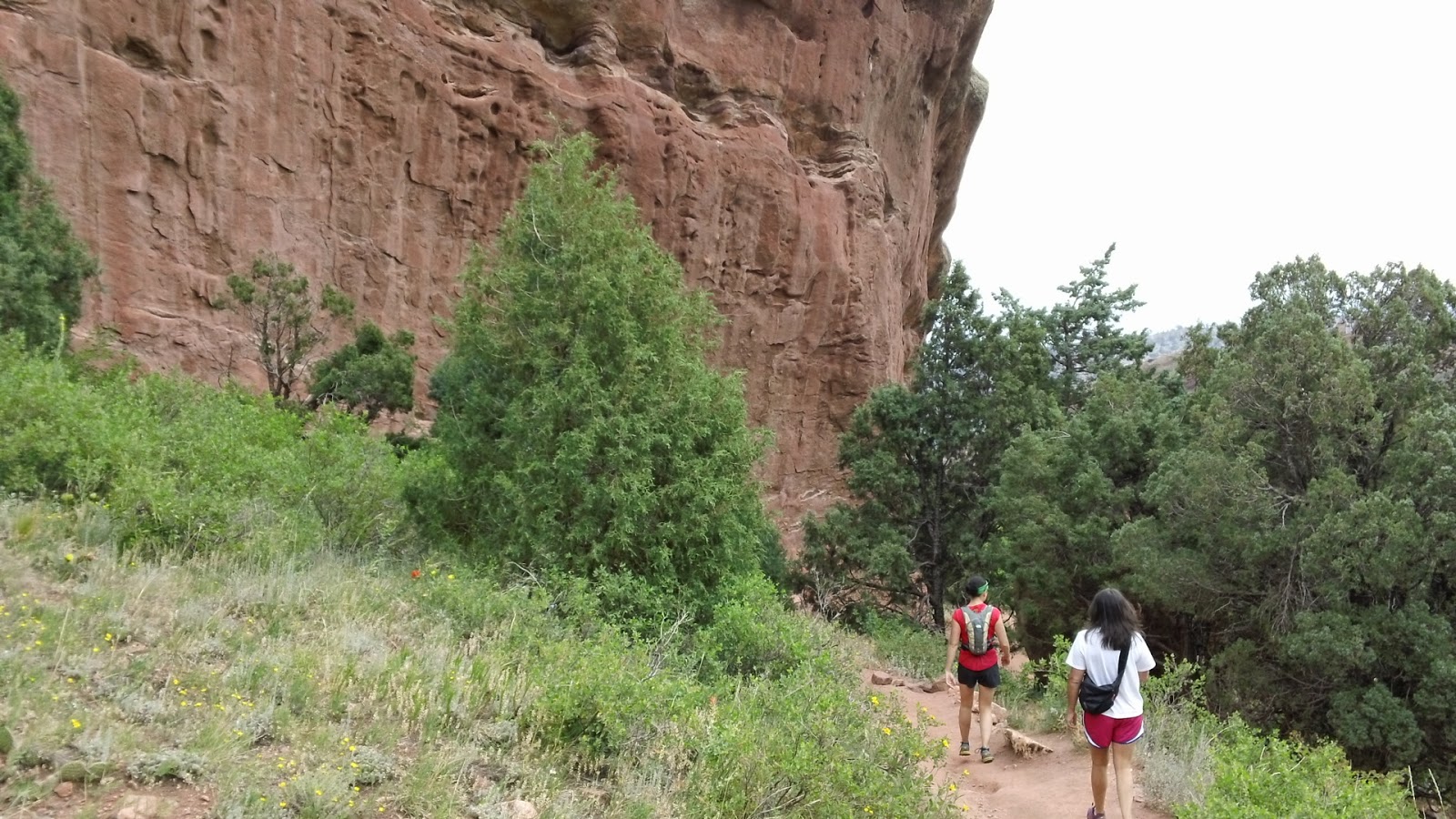 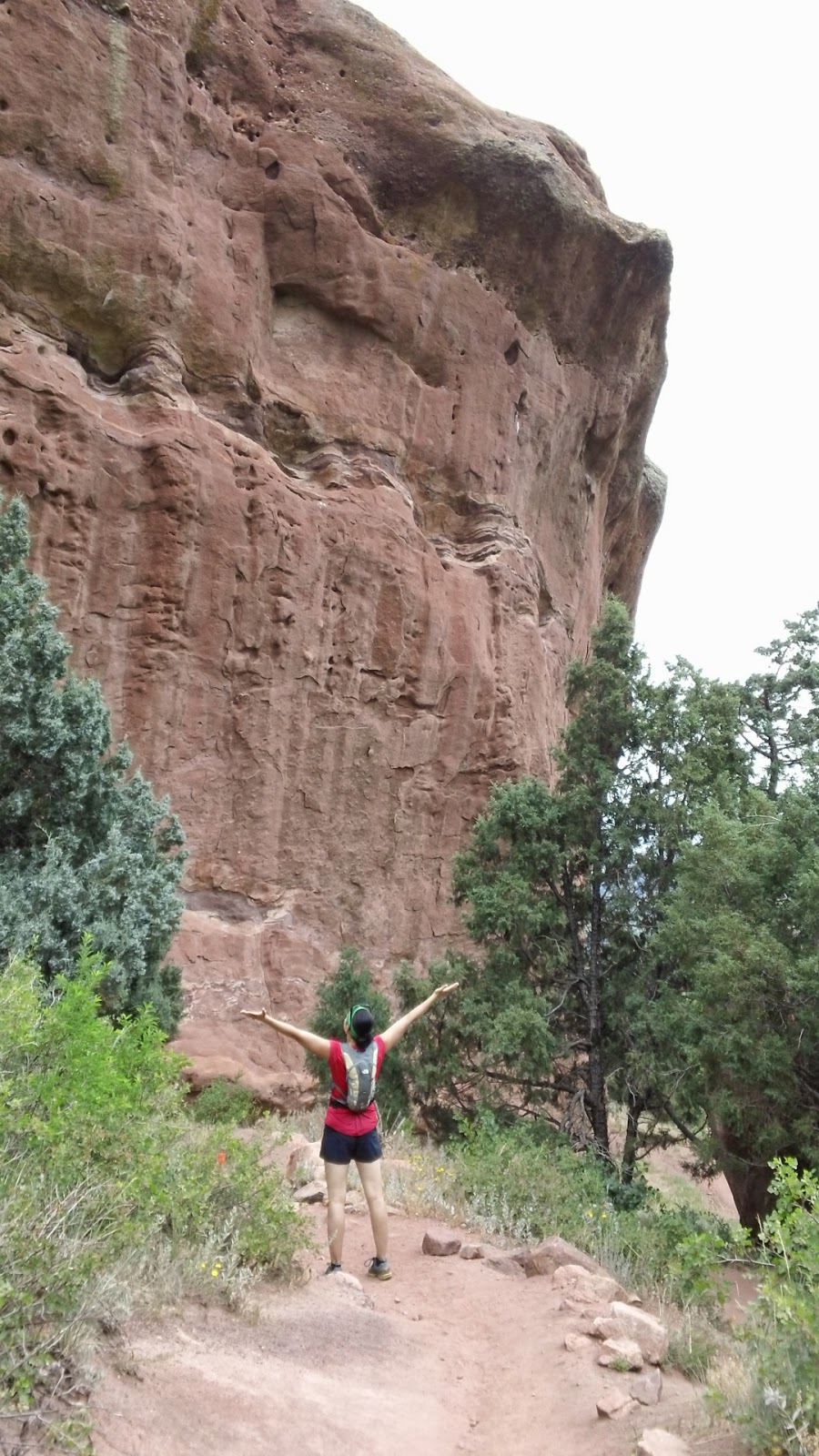 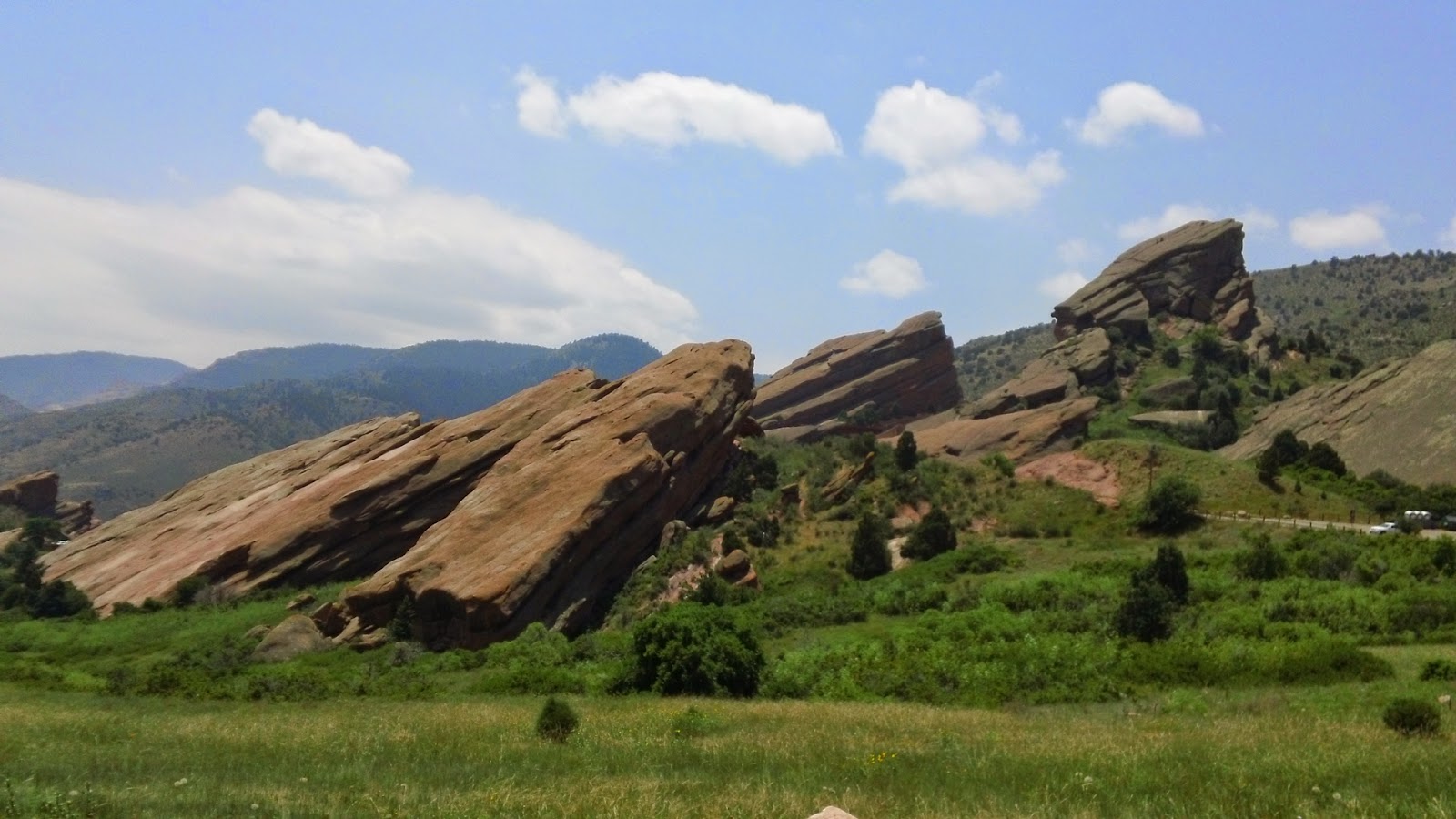 After a two and a half hour hike, we took a quick drive over to Red Rocks amphitheater. During the summer evenings it is a music and movie venue. During the day, it is a tourist spot, as well as a popular workout area due to the many steps. 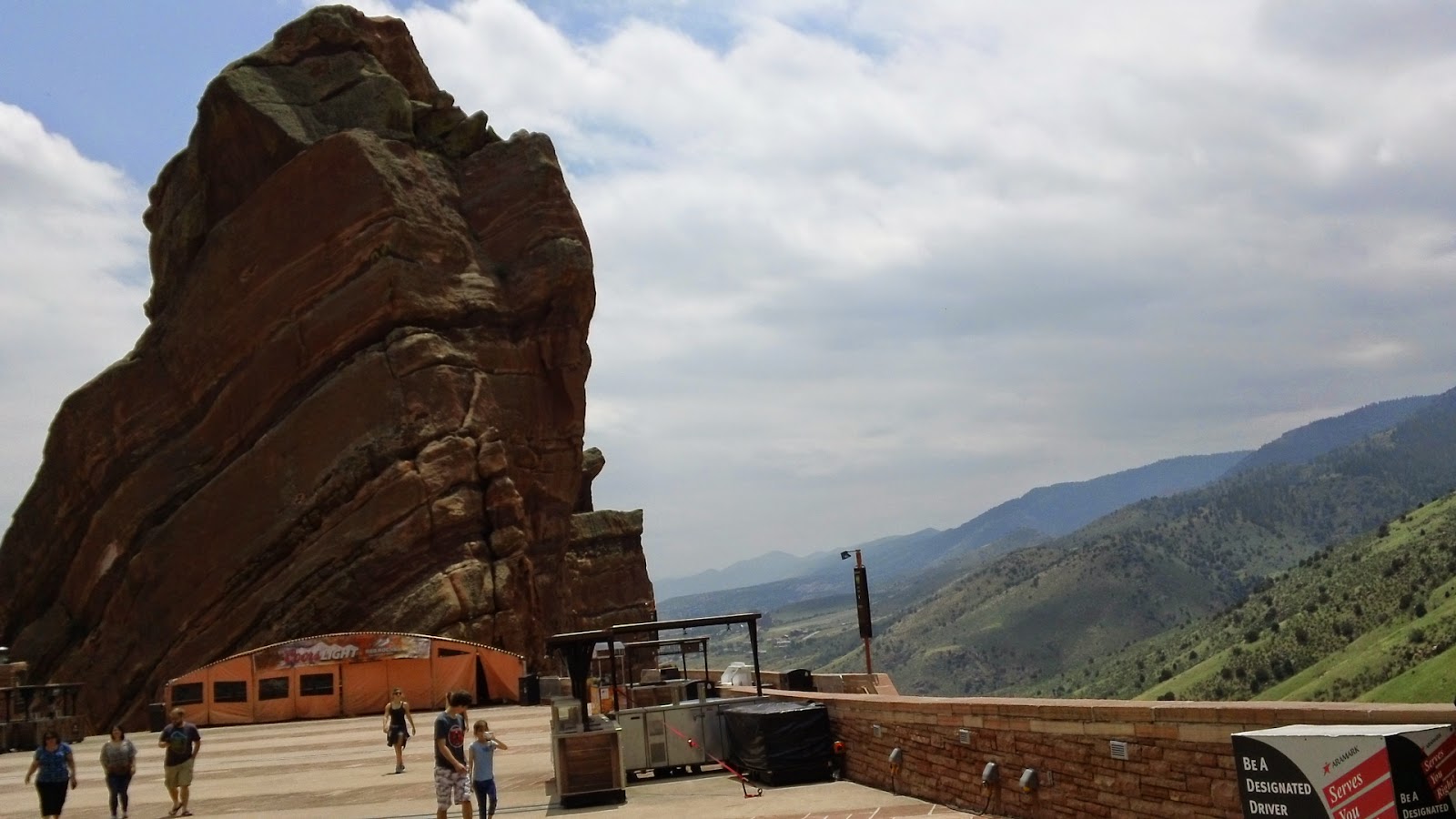 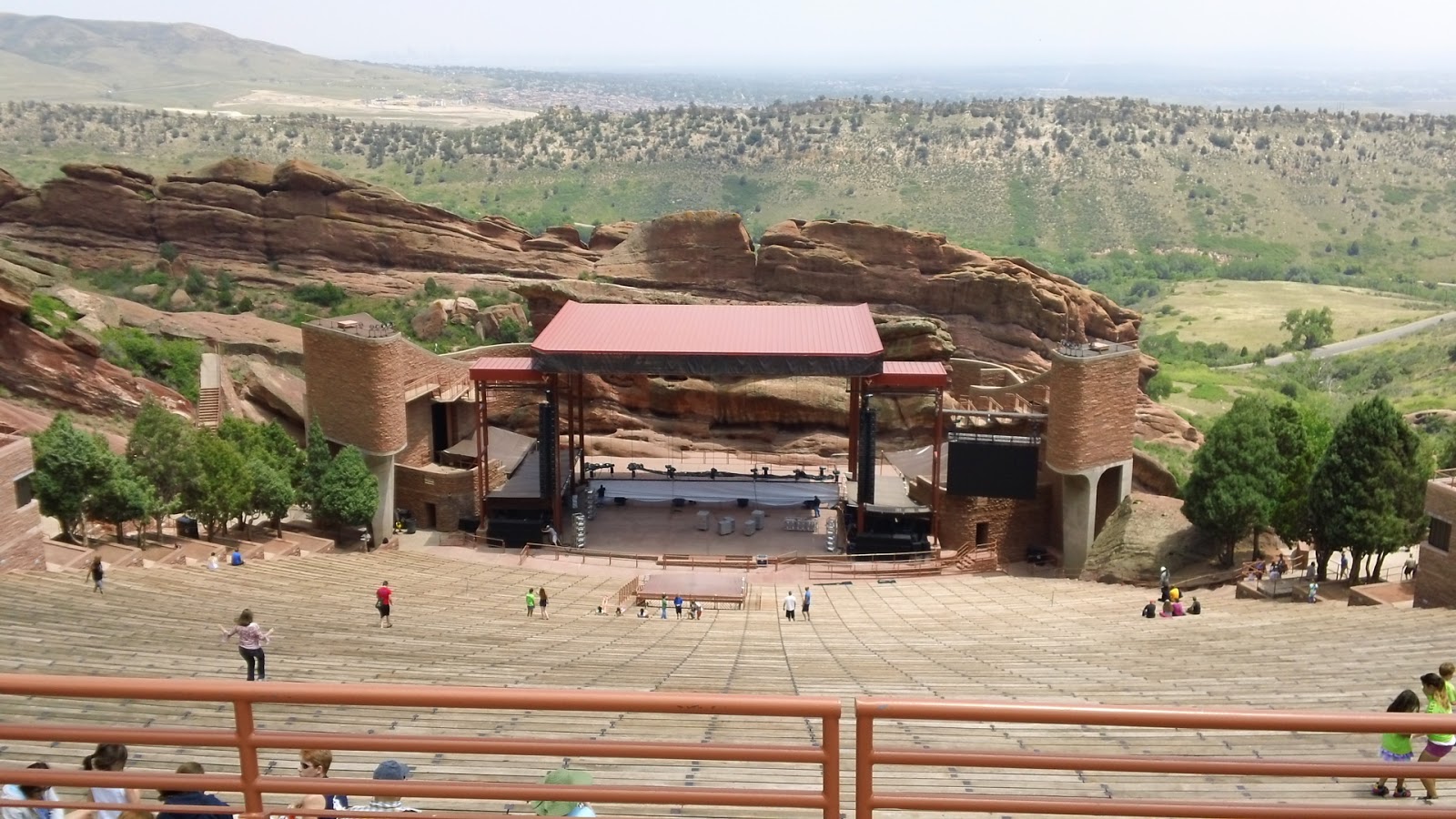 I wanted to run up the famous steps but I was too tired
from our hike to even walk DOWN them! 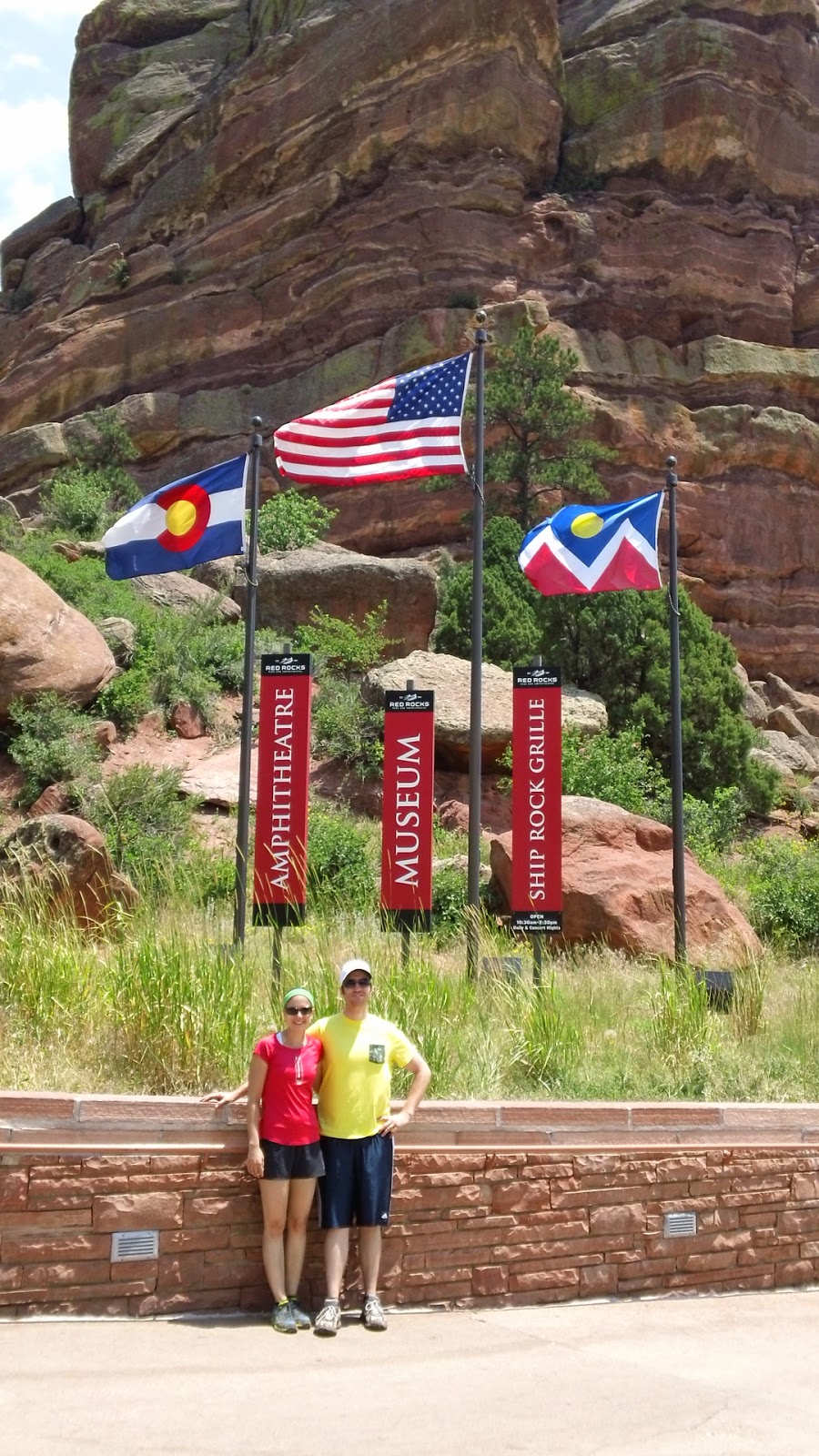 We were starving after our hike, so after Jen dropped us off at our hotel, we cleaned up and headed across the street to grab some food at Mod Market. We ate our yummy sandwiches on the lawn of the Denver Museum of Nature and Science. 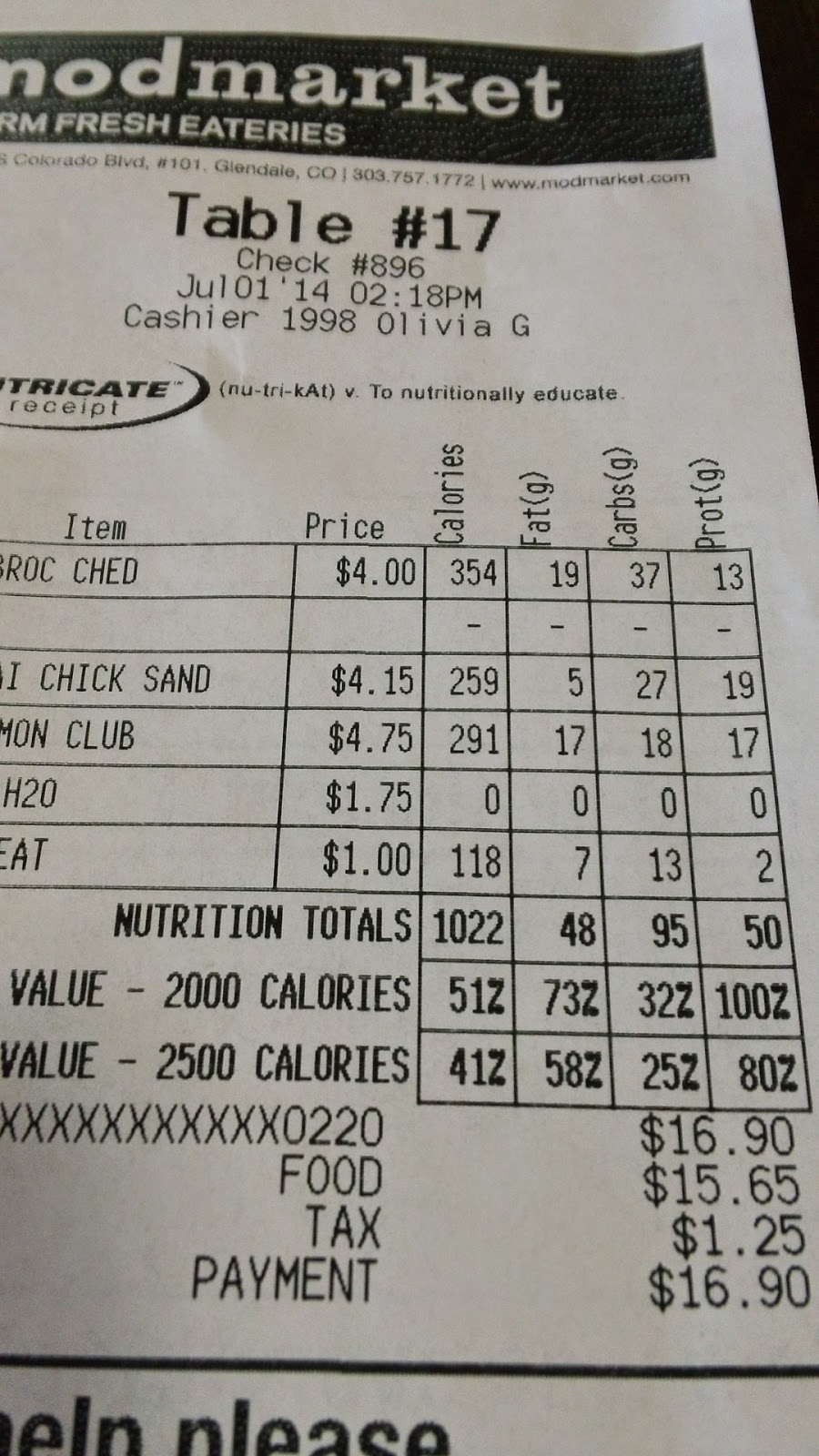 Mod Market is one of those froo froo places that lists the calories and macros
of your food right on your receipt. Seriously? 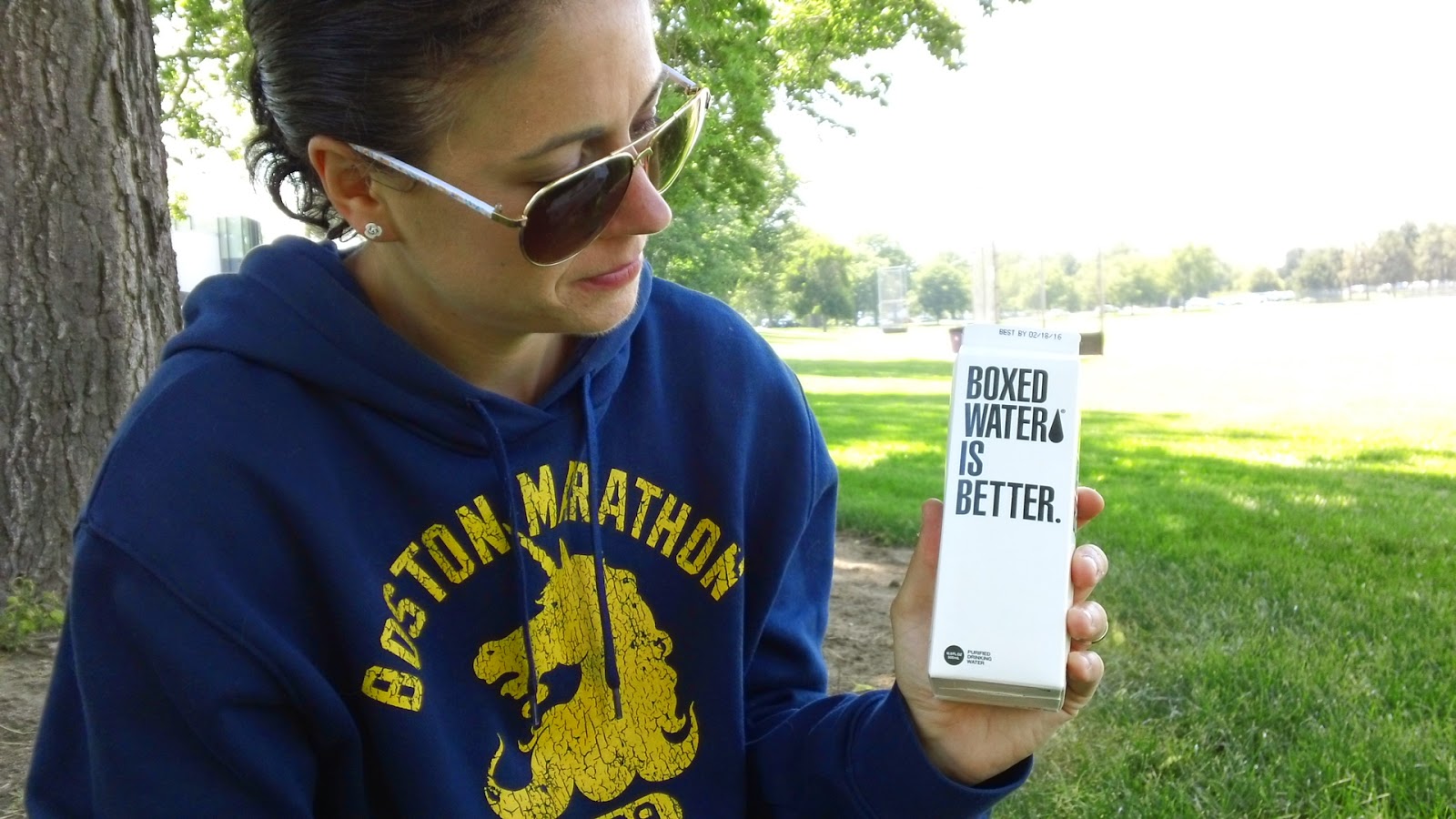 Oh, and their water came in a box. 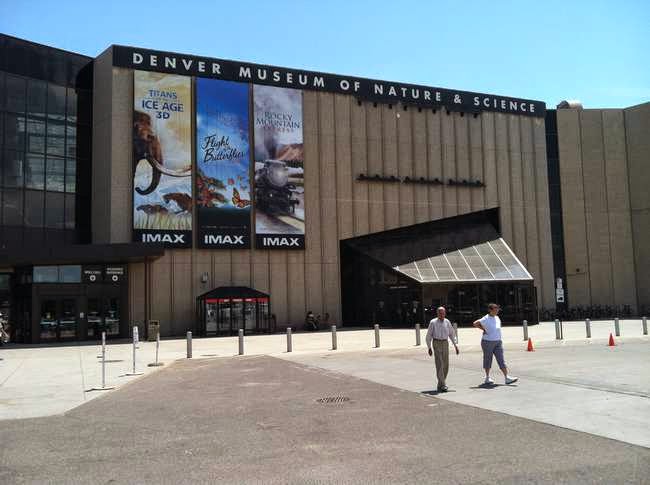 The museum was AWESOME. If you are in Denver, I highly recommend going. The only bummer was that we didn't know we needed to pay extra to see the Aztec exhibit and by the time we realized it, that exhibit had already closed. I was annoyed because nowhere at the ticket counter did it mention that the Aztec exhibit cost extra or that it closed early. This almost puts the museum on the shit list right beside Advantage Rental Car. Just kidding.

We did get to go to ancient Egypt and learn all about mummies. We also got to visit the dinosaur exhibit which pretty much took us through the time period of the earliest life forms all the way to humans. We only had 2 hours in the museum before it closed and it definitely wasn't enough time! 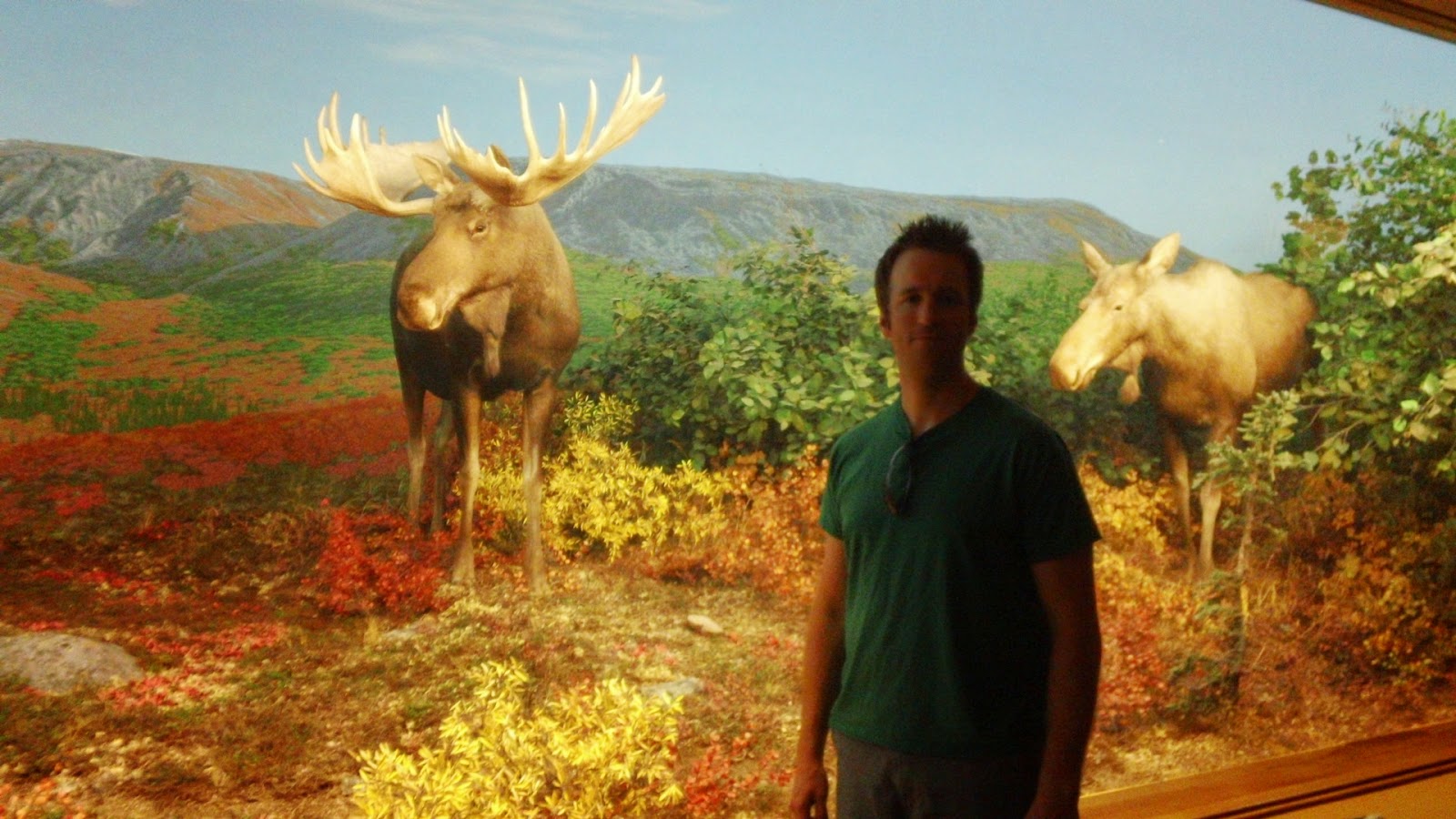 Paul and the Moose! 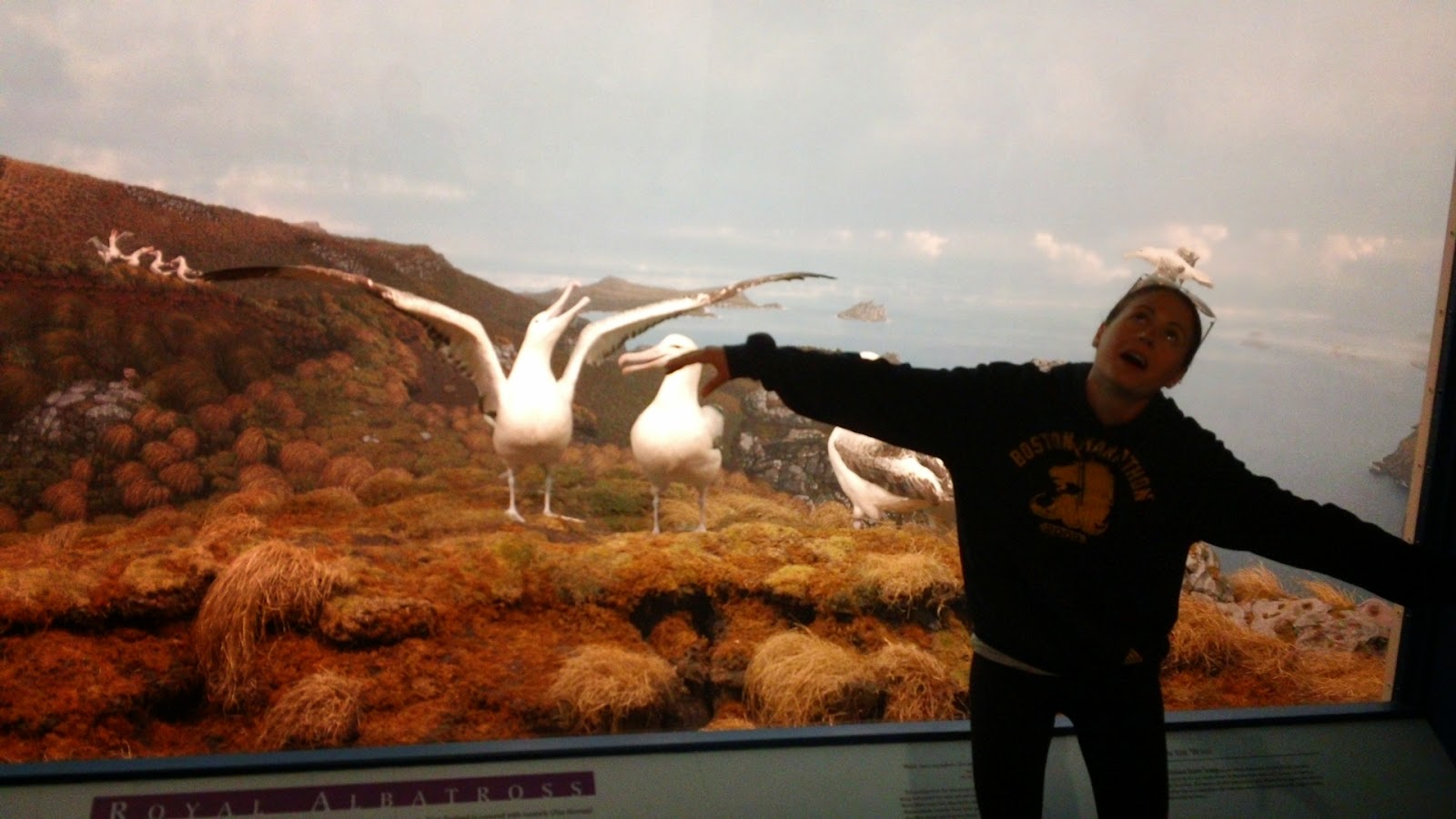 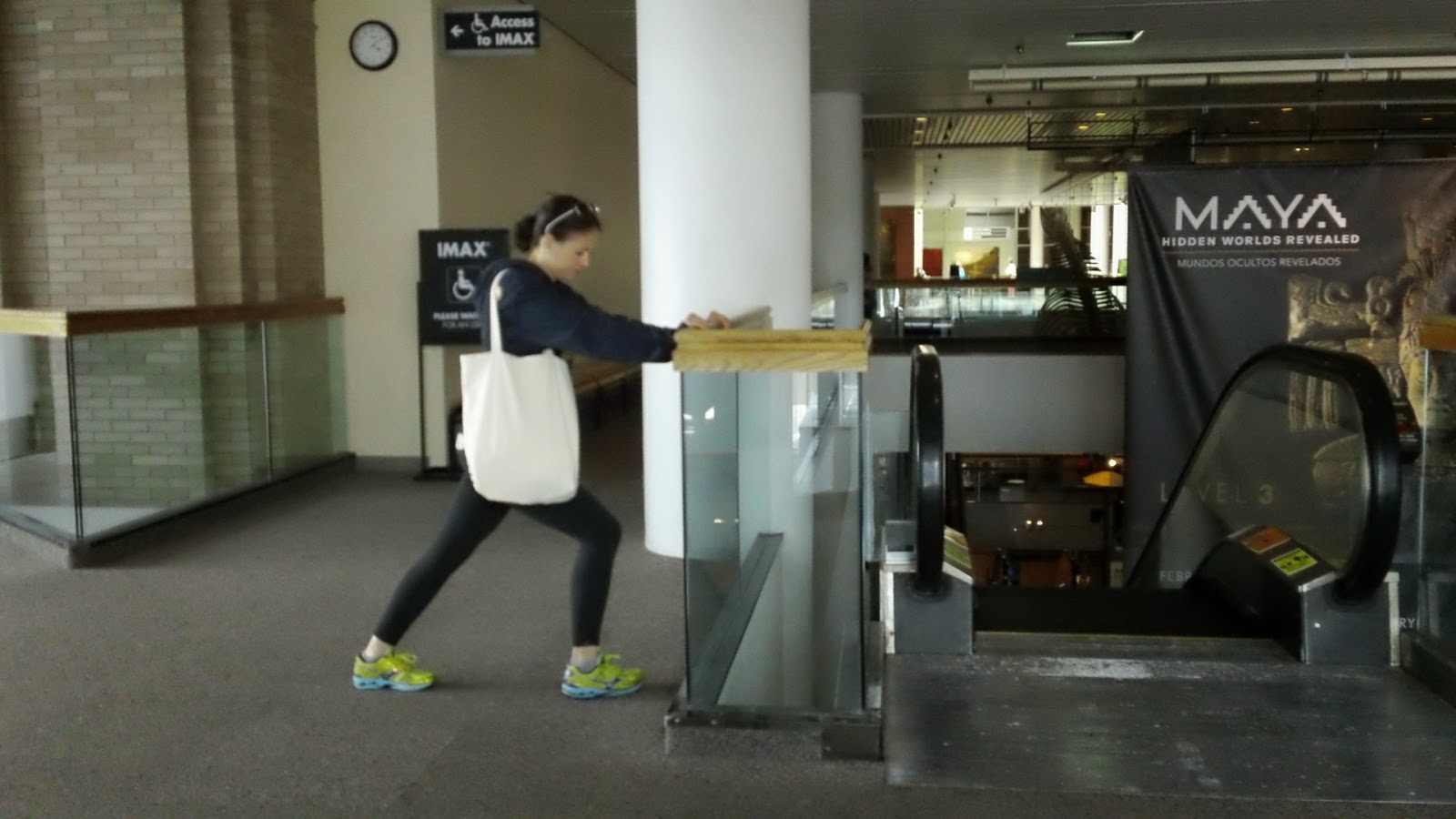 I'll stretch anywhere if my legs are tight.

After the museum, we hit up a marijuana dispensary called Sweet Leaf. In case you didn't know, weed is legal in Colorado- medicinal as well as recreational. I didn't buy anything because I don't smoke weed, but I still wanted to go in a dispensary because I think it is really awesome that marijuana is legal there. I plan to write a more detailed blog post soon about my support of the use of marijuana for medicinal purposes, but for now I will just quickly mention that I think it is a crock of shit that something that has been proven to help people who suffer from seizures (like my husband) is still illegal in PA for no good reason. I better stop now because I am getting hyped up about it. It is currently legal in twenty-two states and D.C. That's almost half the country. Hopefully PA will catch up to the times sooner rather than later.

By now we were starving so we grabbed "gourmet waffle sandwiches" from a place called Bruxie and ate them in our hotel room. 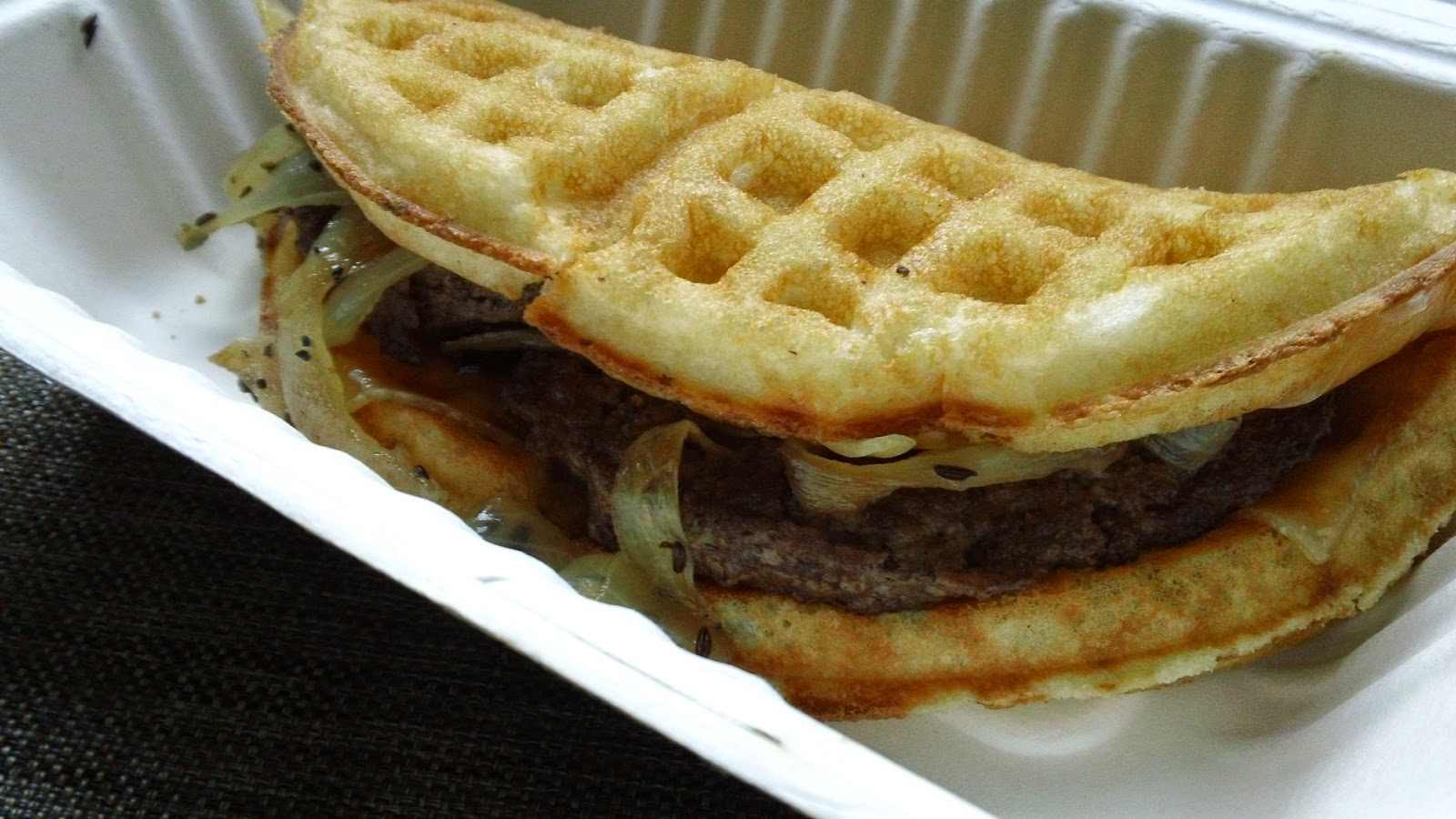 This was bigger than it looks. It had a waffle for bread, two hamburger patties, cheese, a special sauce, and grilled onions. I ate the entire thing and was sound asleep in no less than 5 minutes.

What can I say, it was a long day!

Does your city have any good museums?
Ever have a waffle sandwich?
What do you think about receipts listing calories and macros?
Posted by Meg Go Run at 6:30 AM